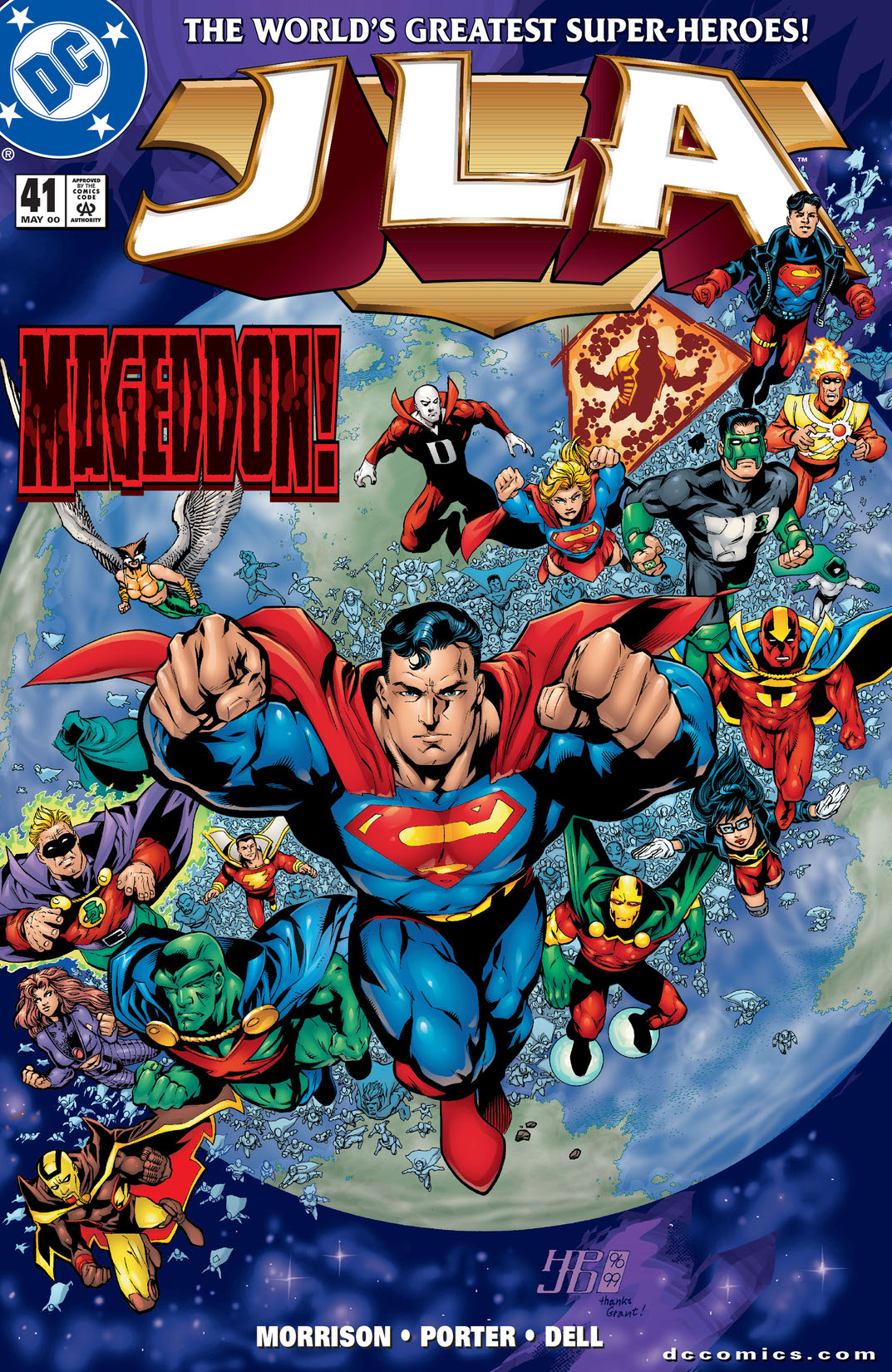 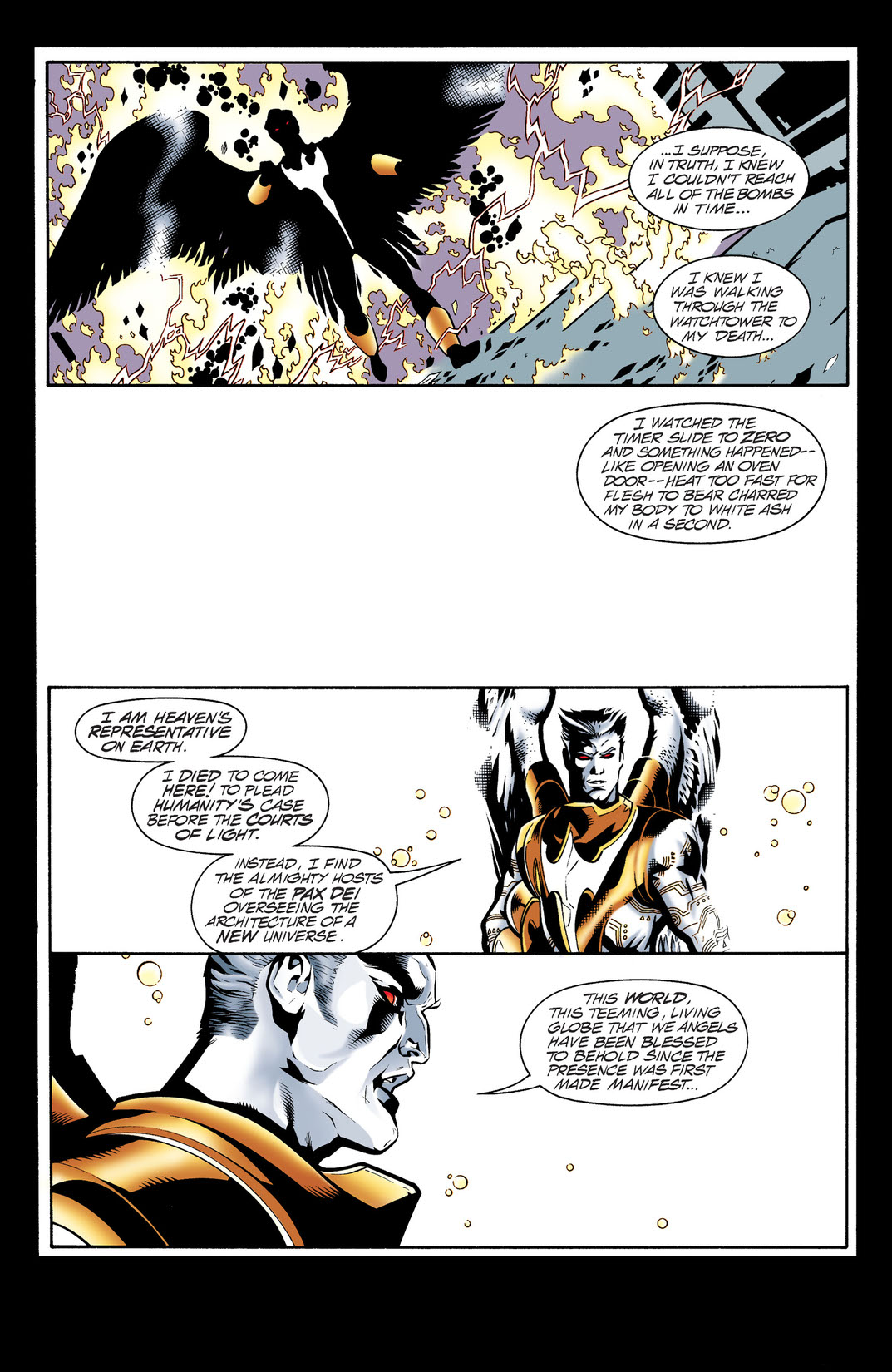 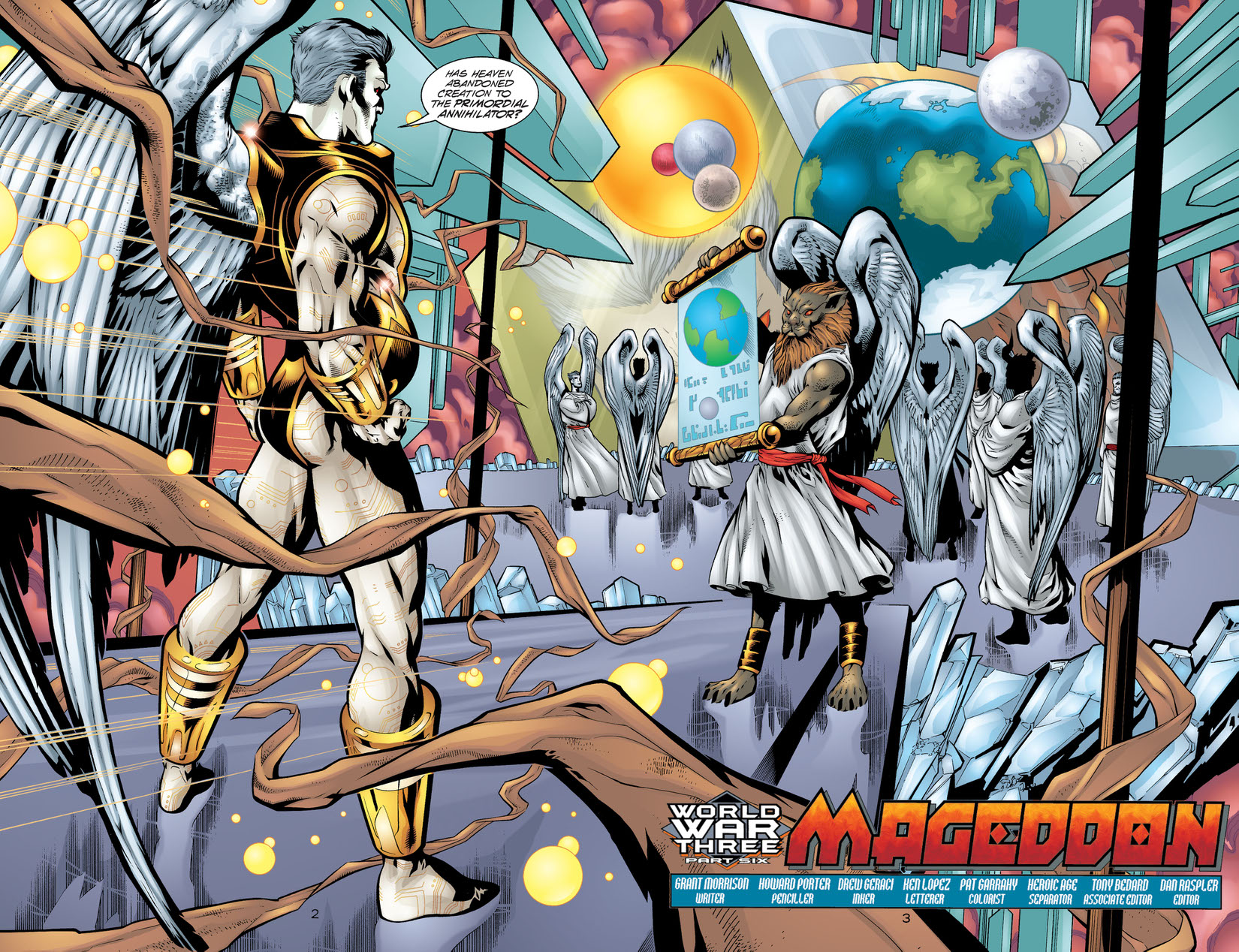 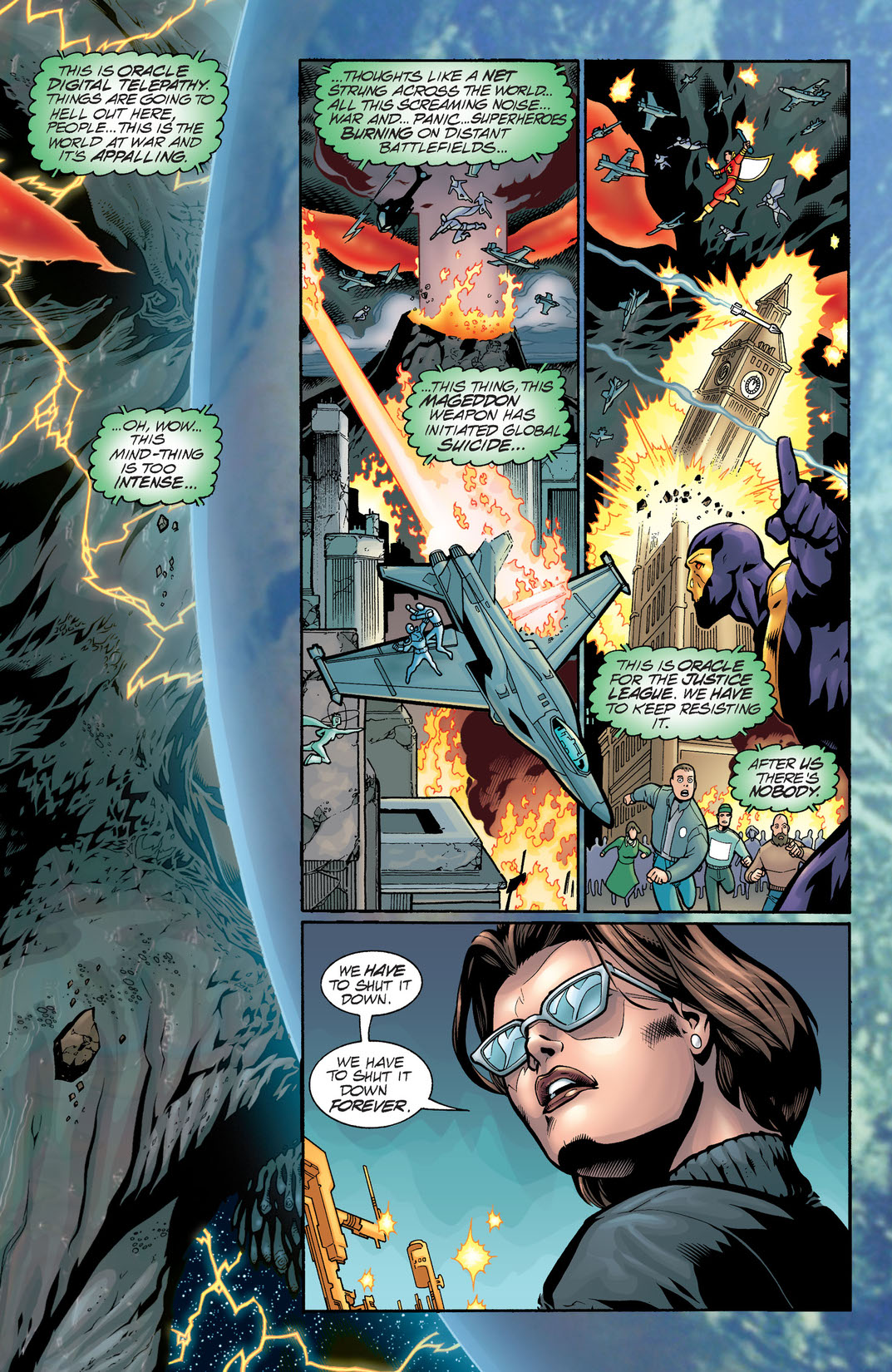 It's humanity's last stand in the extra-sized conclusion of 'World War III!' The hosts of Heaven gather before a special envoy and Superman is trapped within the warbringer Mageddon! As Earth's heroes desperately try to quell global conflict, it's up to the Armies of Mankind to save their planet!