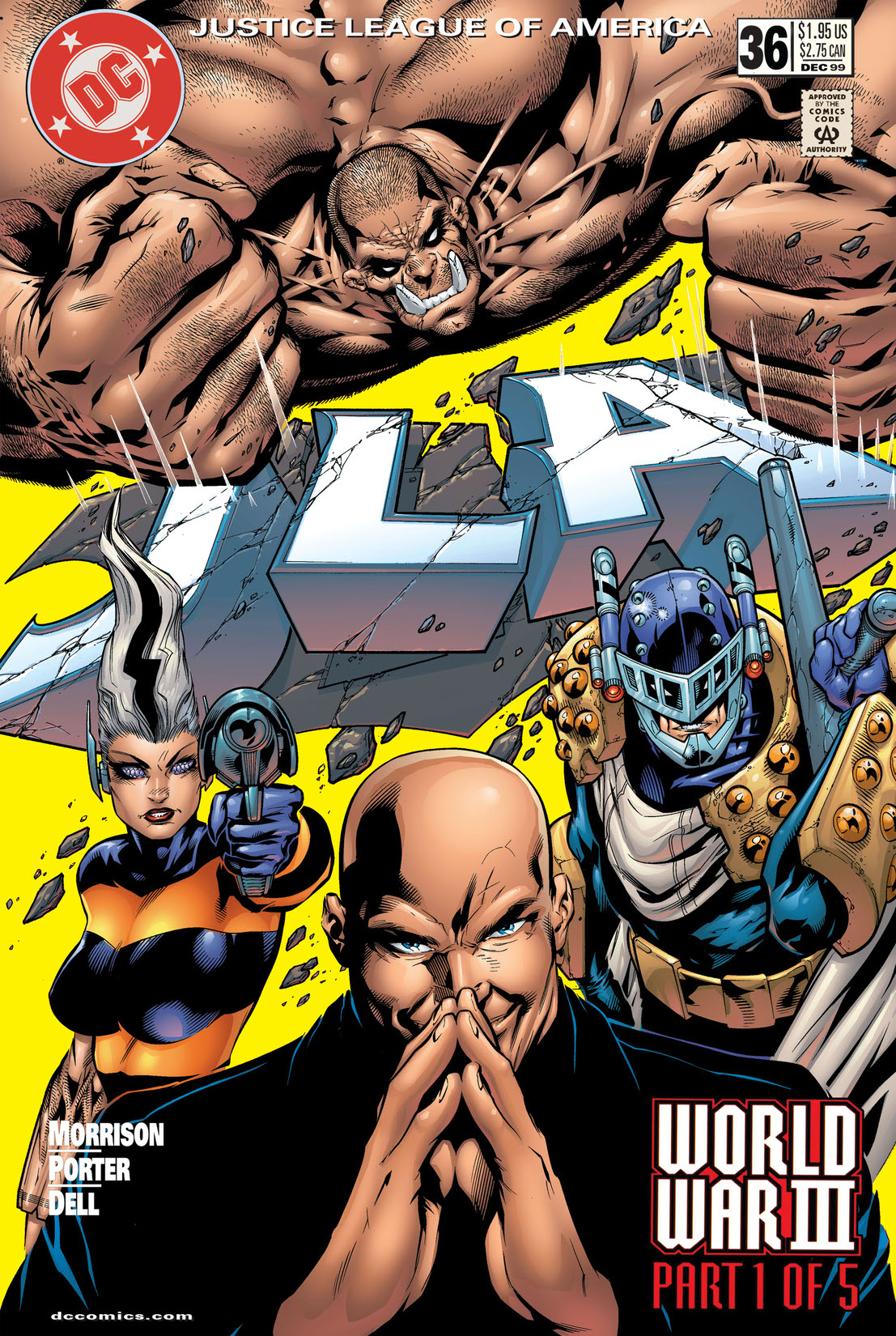 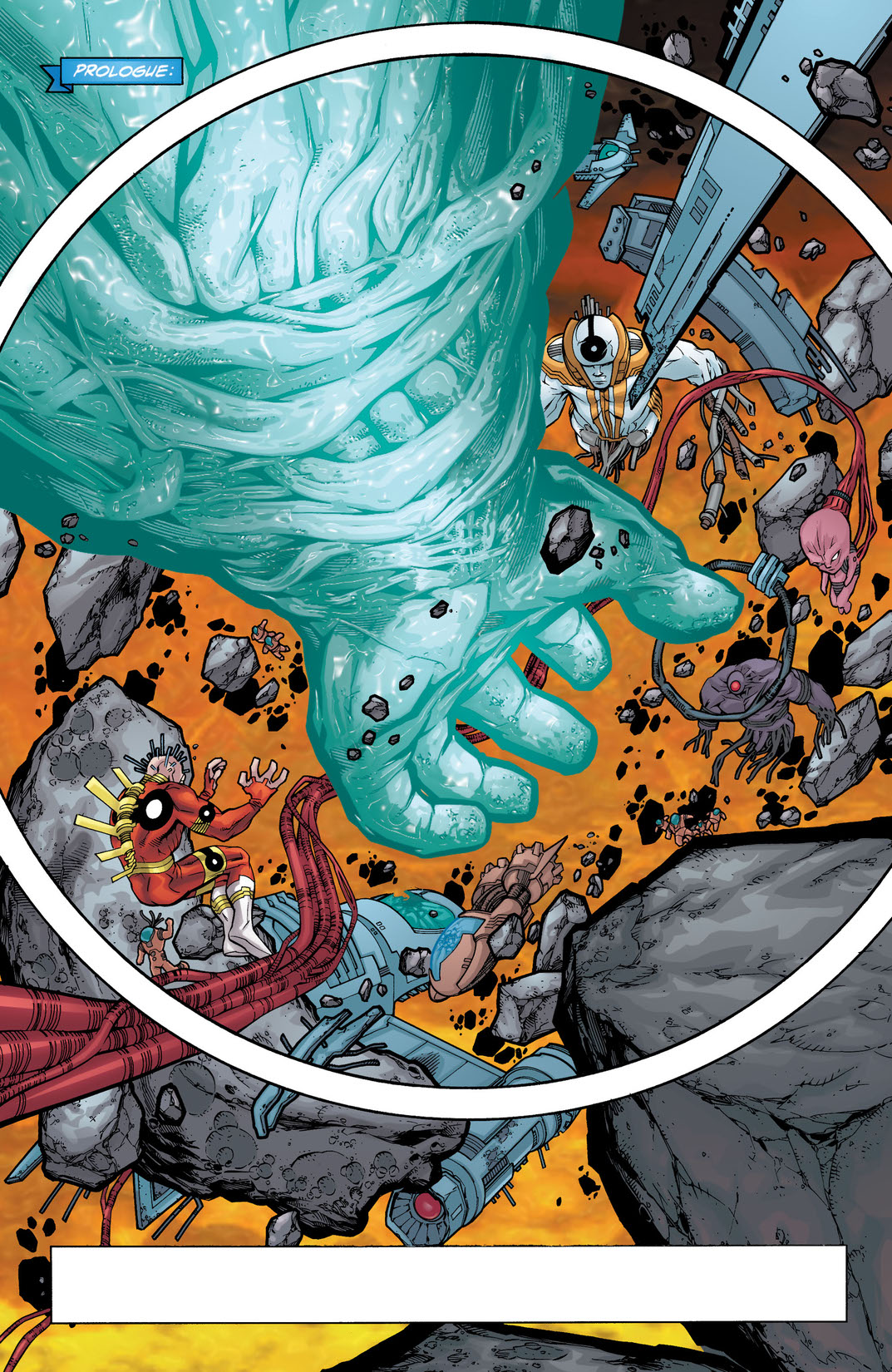 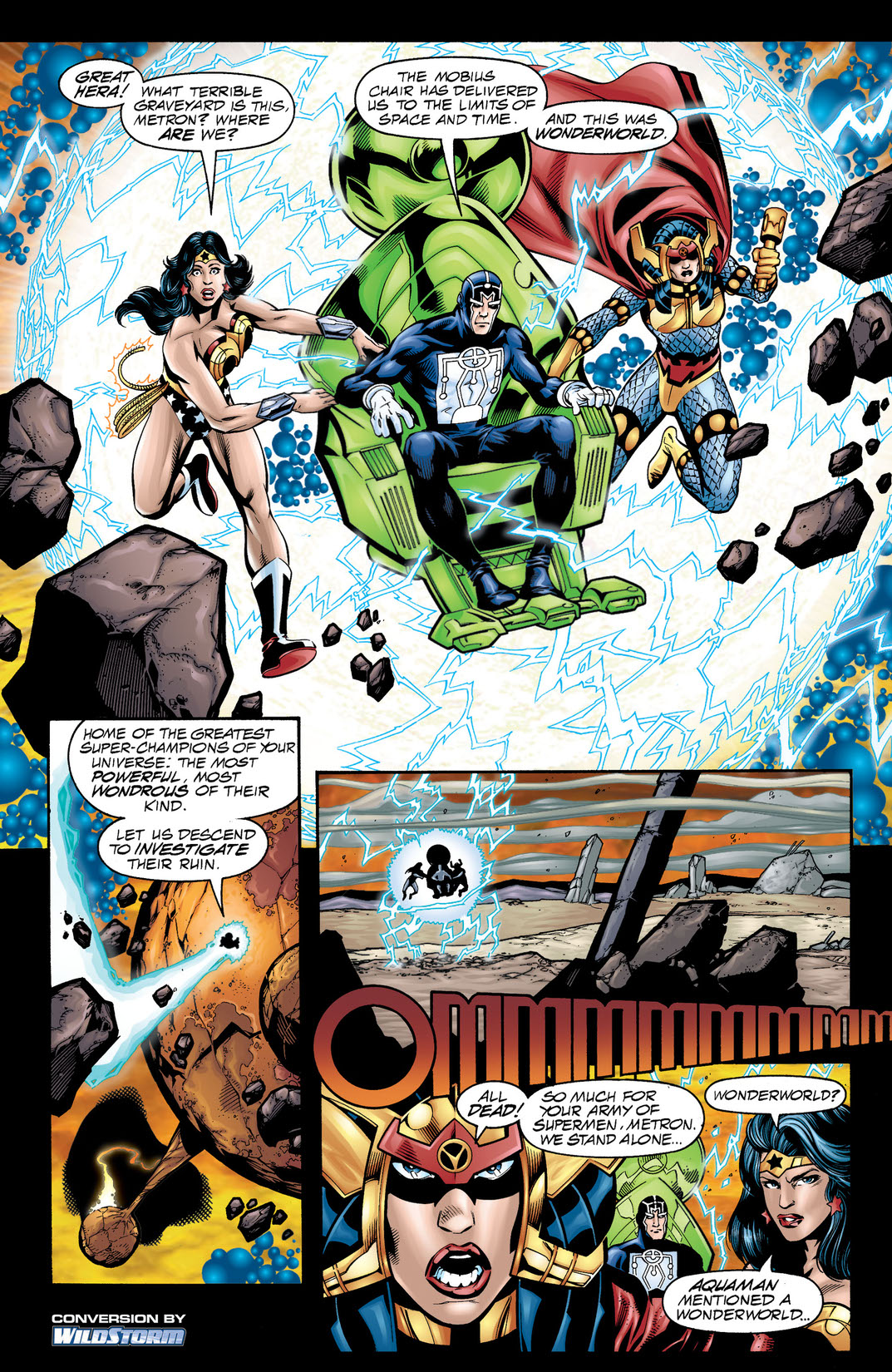 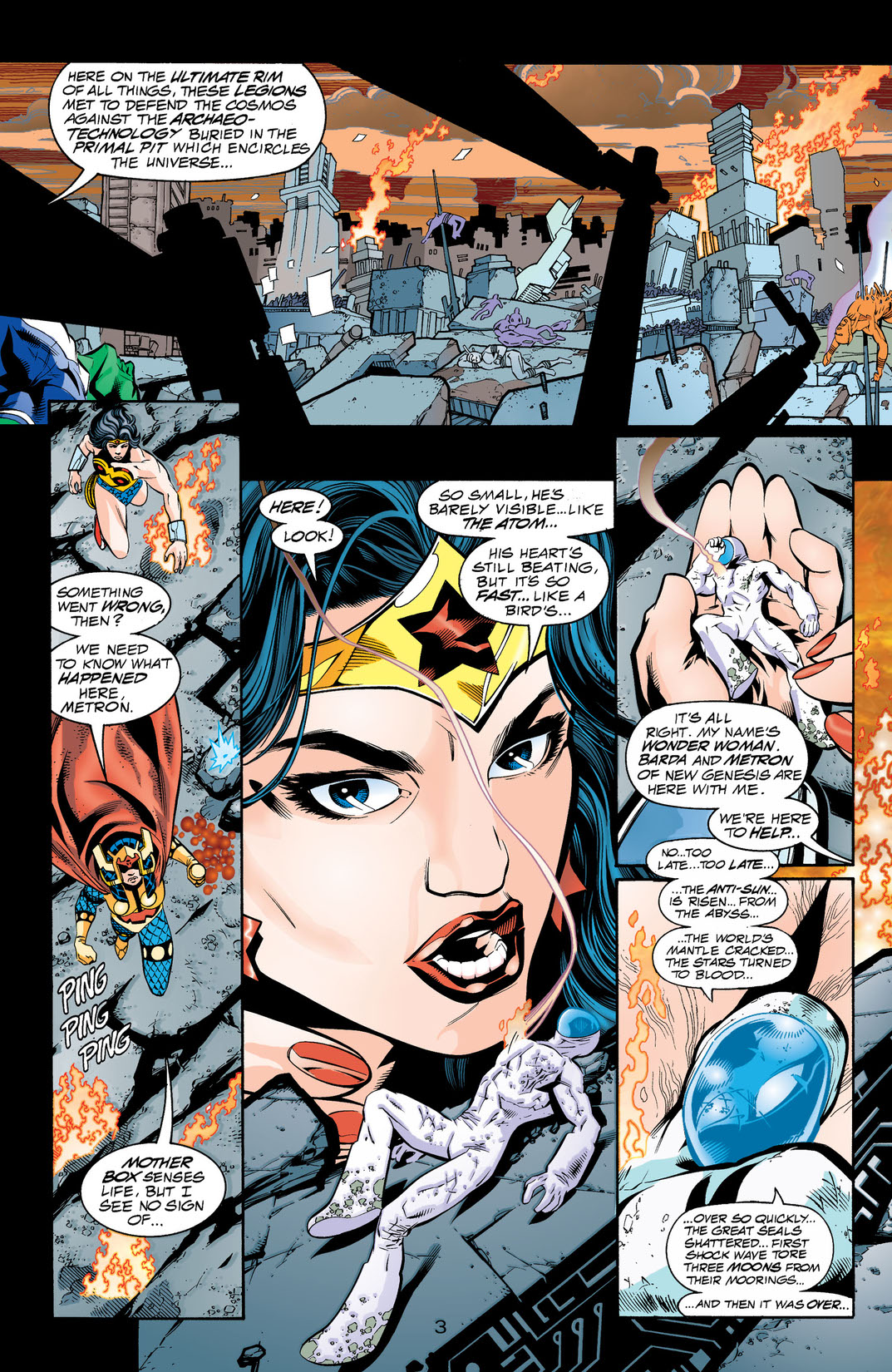 Grant Morrison's ultimate JLA story begins in part 1 of the 5-part 'World War Three'! Since the start of the new JLA, there have been hints of a threat on the horizon. Now it has arrived: the doomsday weapon of the Old Gods, the Anti-Sun known as Mageddon! Plus, Lex Luthor's new Injustice Gang!