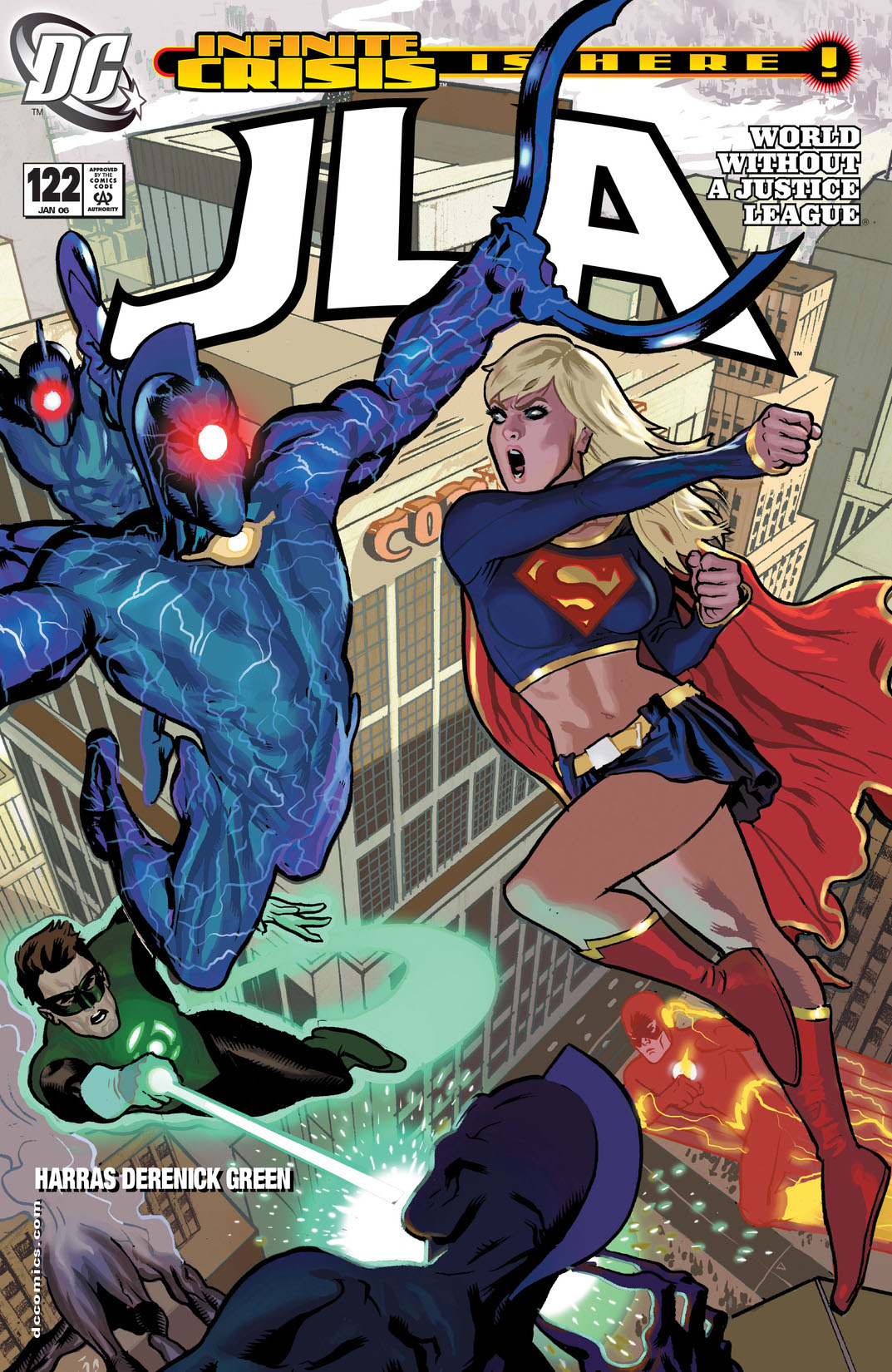 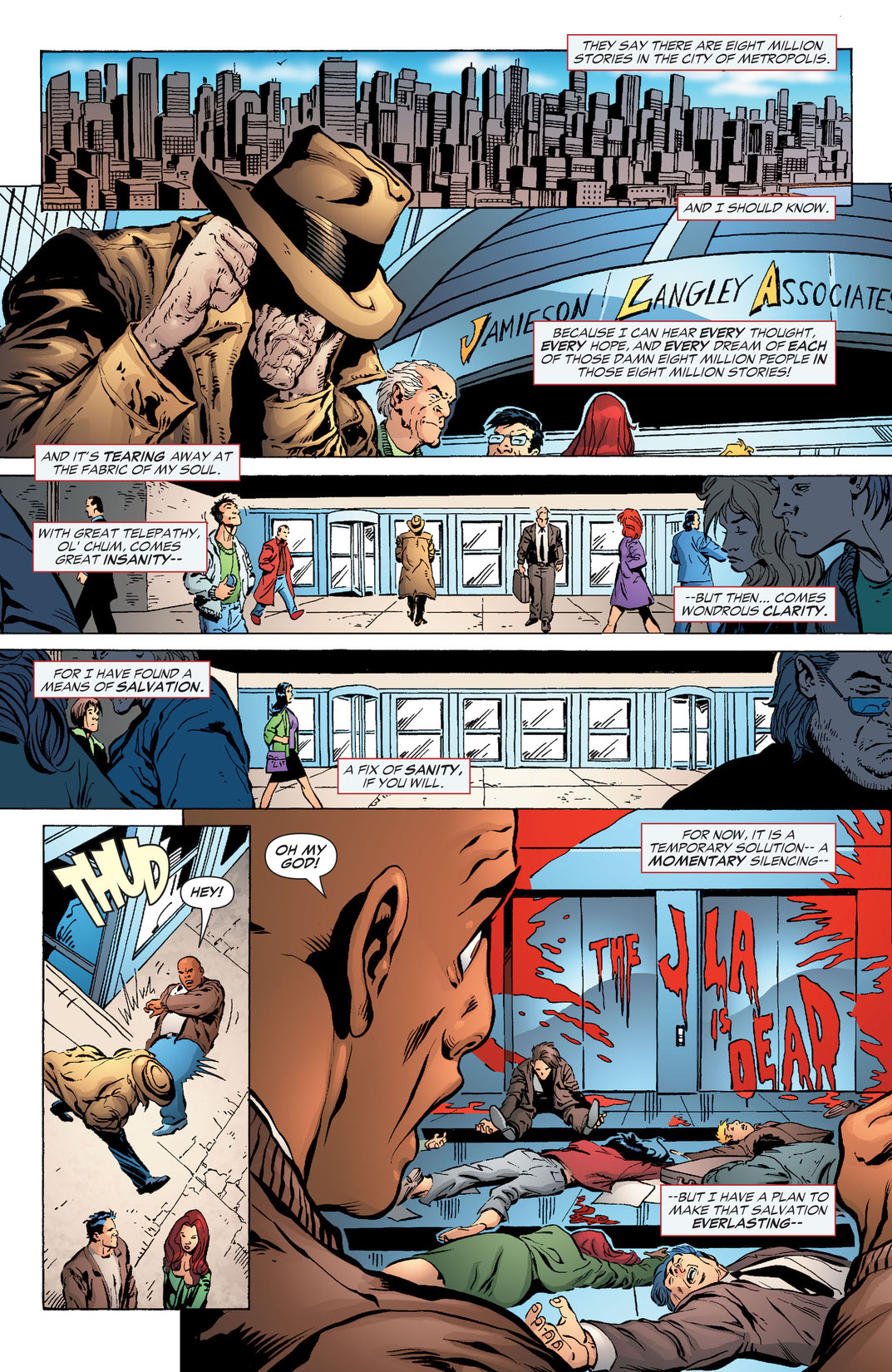 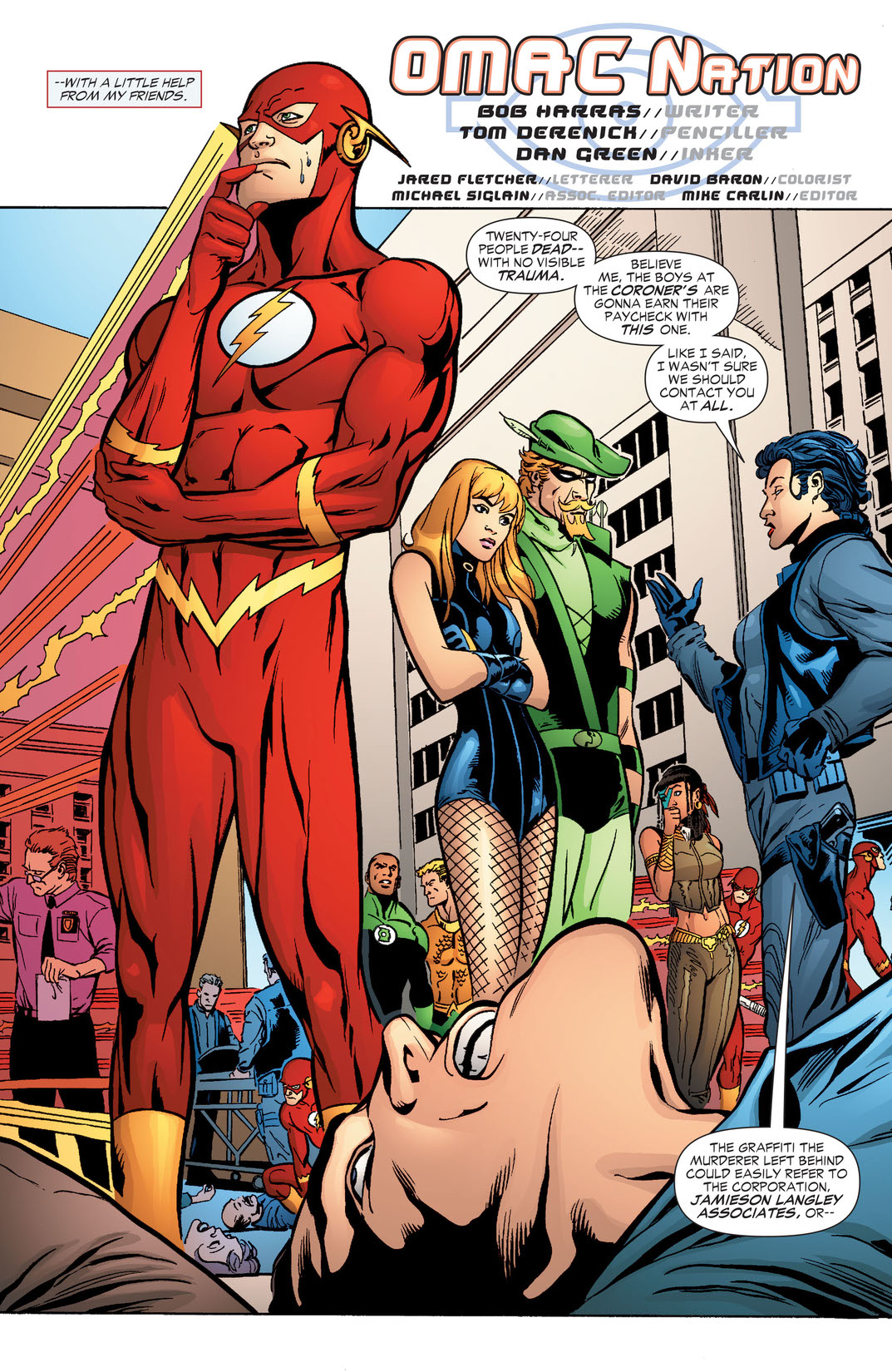 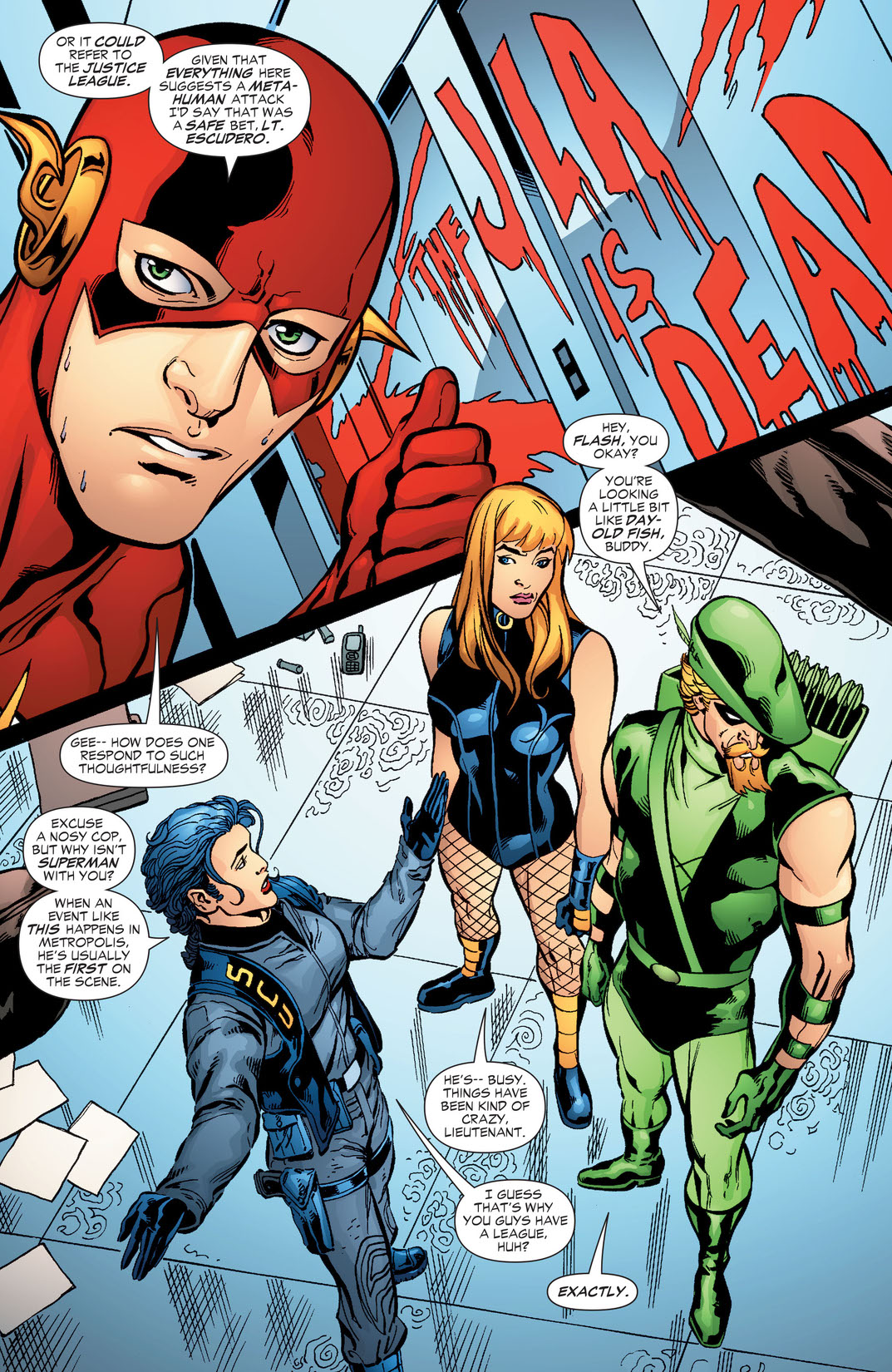 The Key has struck again! While half of what was the JLA investigates the bizarre murder scene, the other half looks to recruit a new member: Supergirl. But the entire group is called to action when OMACs appear on the scene! 'World Without a Justice League' part 3.