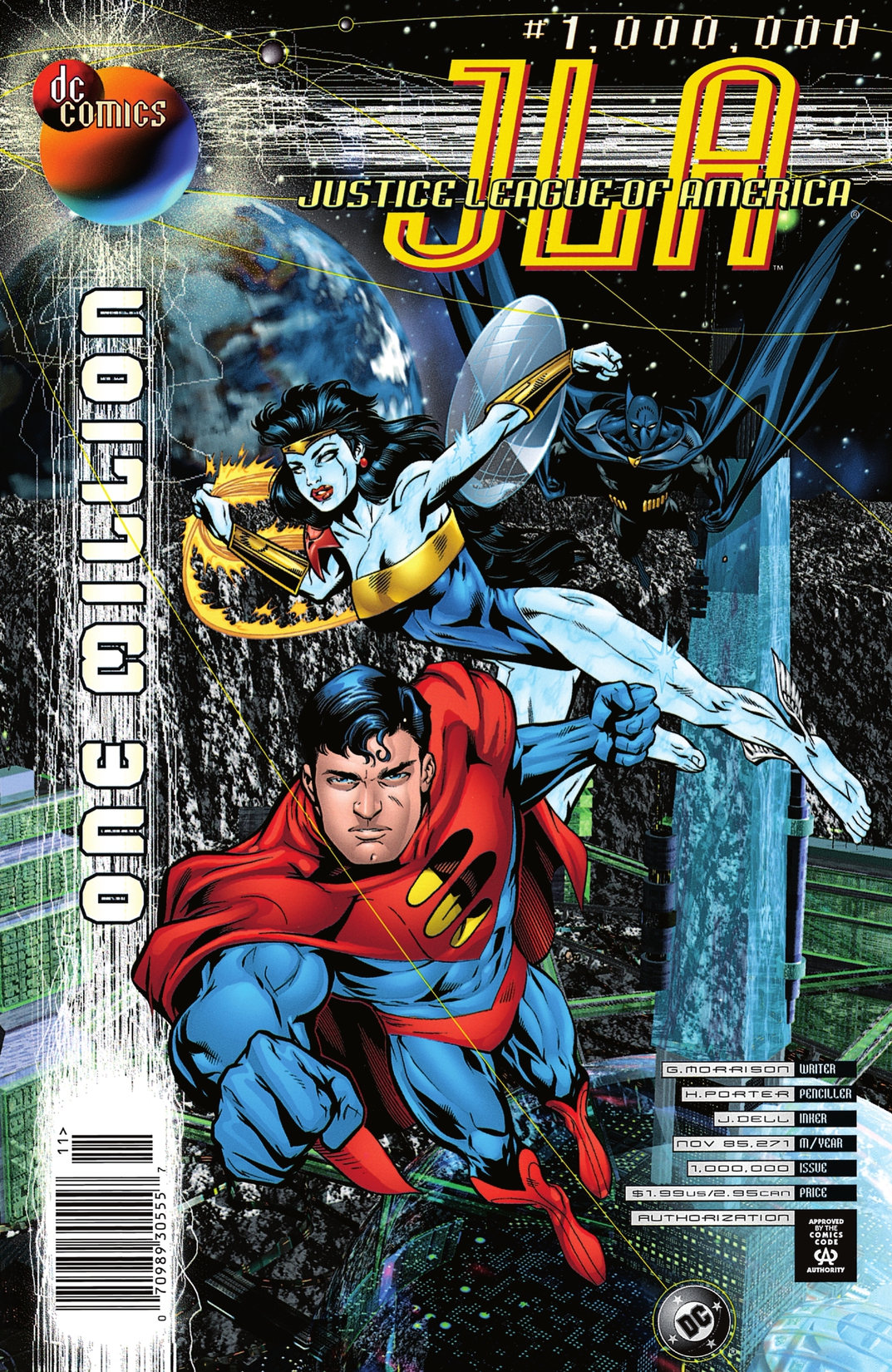 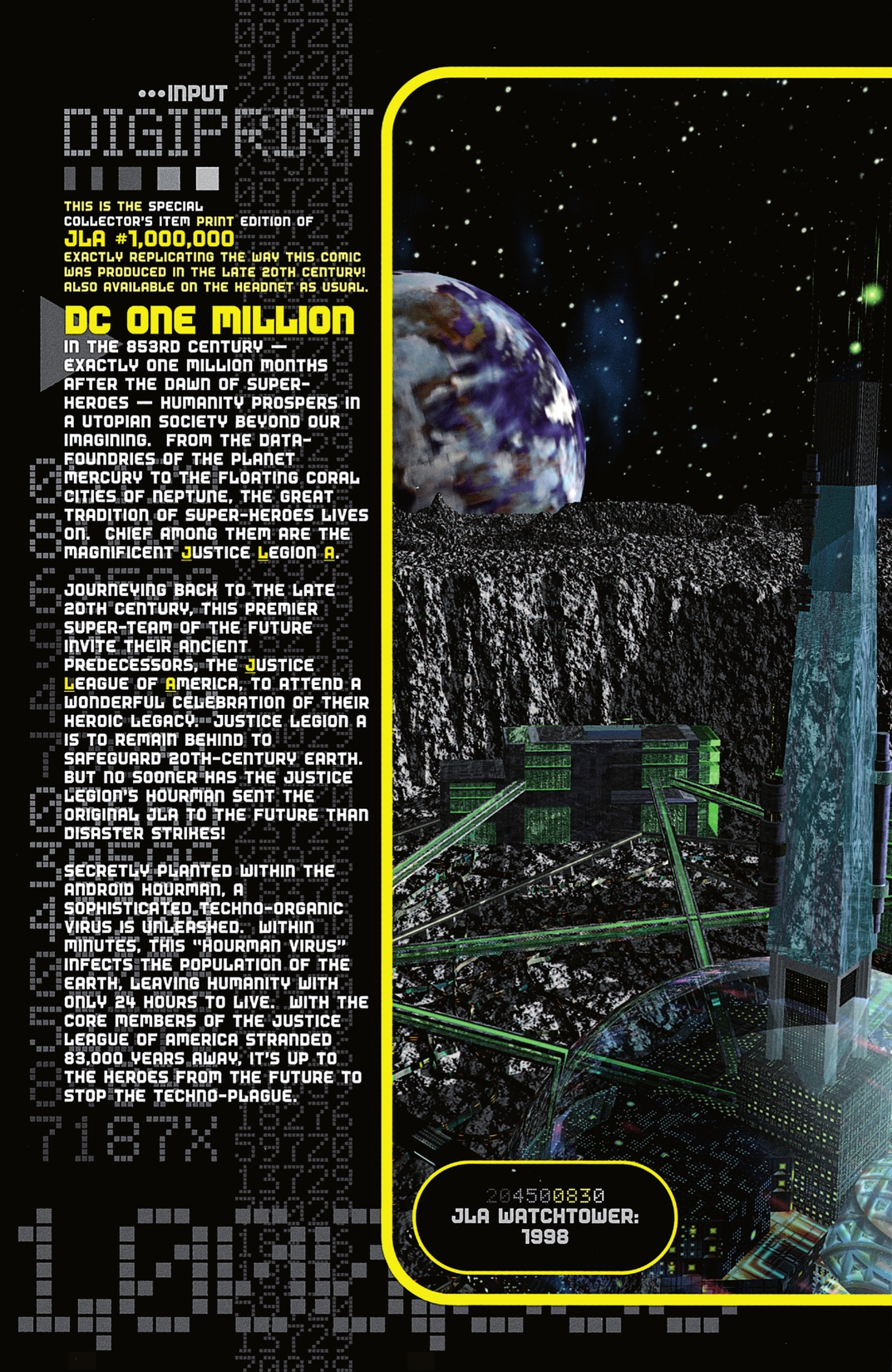 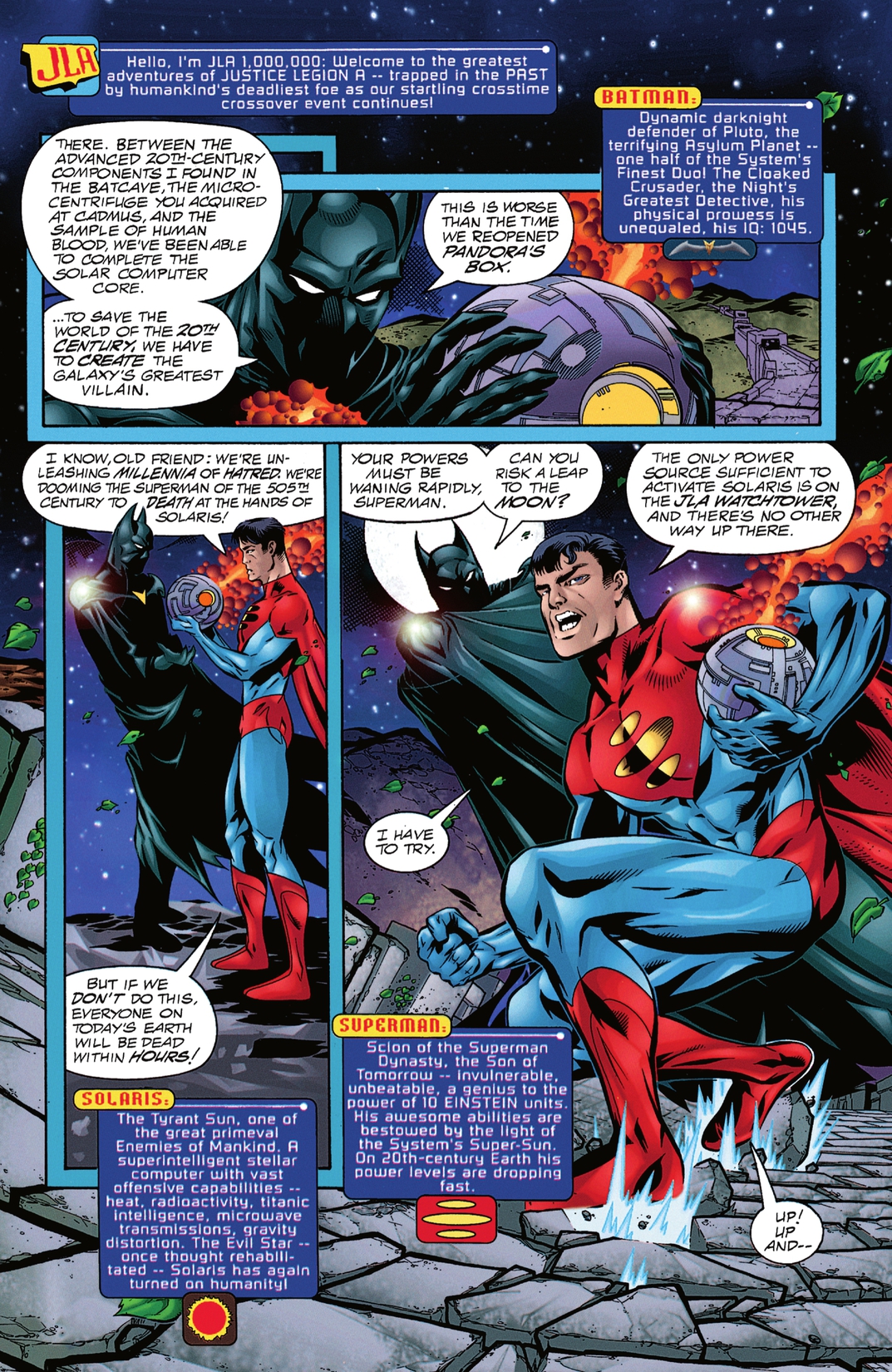 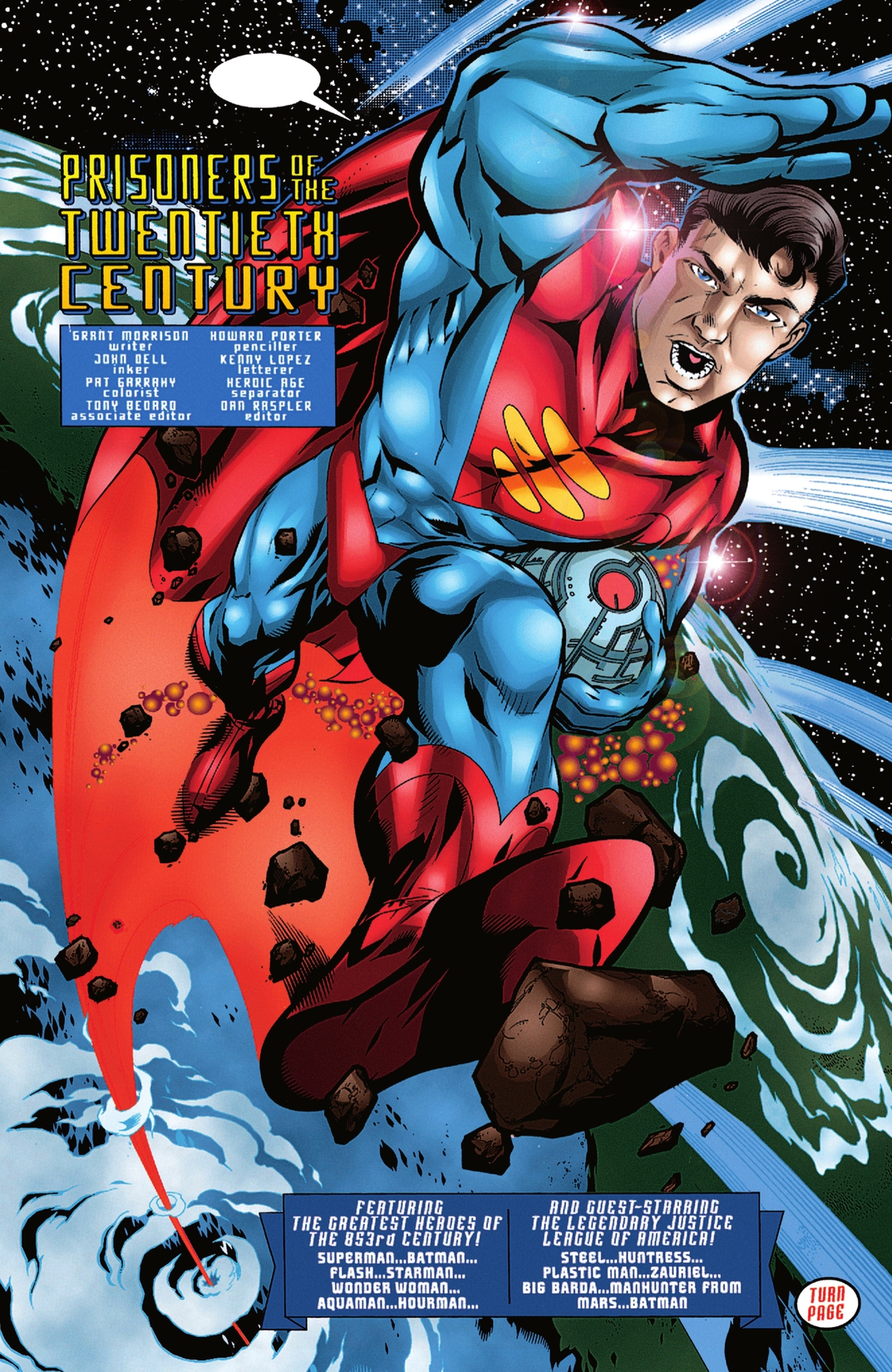 A DC ONE MILLION tie-in! Barricaded in the JLA Watchtower, the increasingly paranoid Steel, Orion, Plastic Man and the remaining Leaguers frantically try to keep the futuristic Justice Legion A from entering their stronghold. It's an epic battle as the team's newest members pit their might against the nearly omnipotent Superman and Wonder Woman from beyond tomorrow!