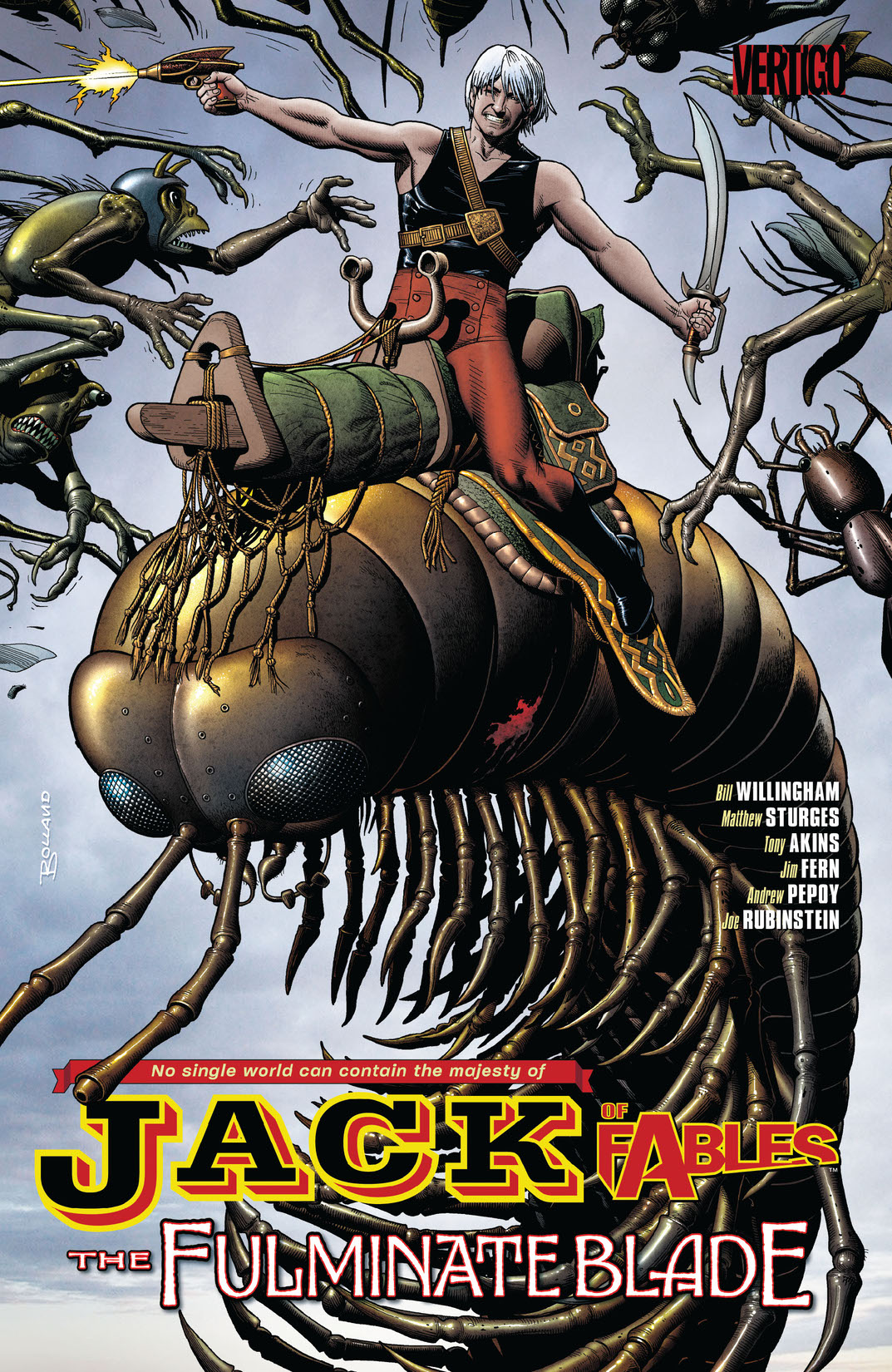 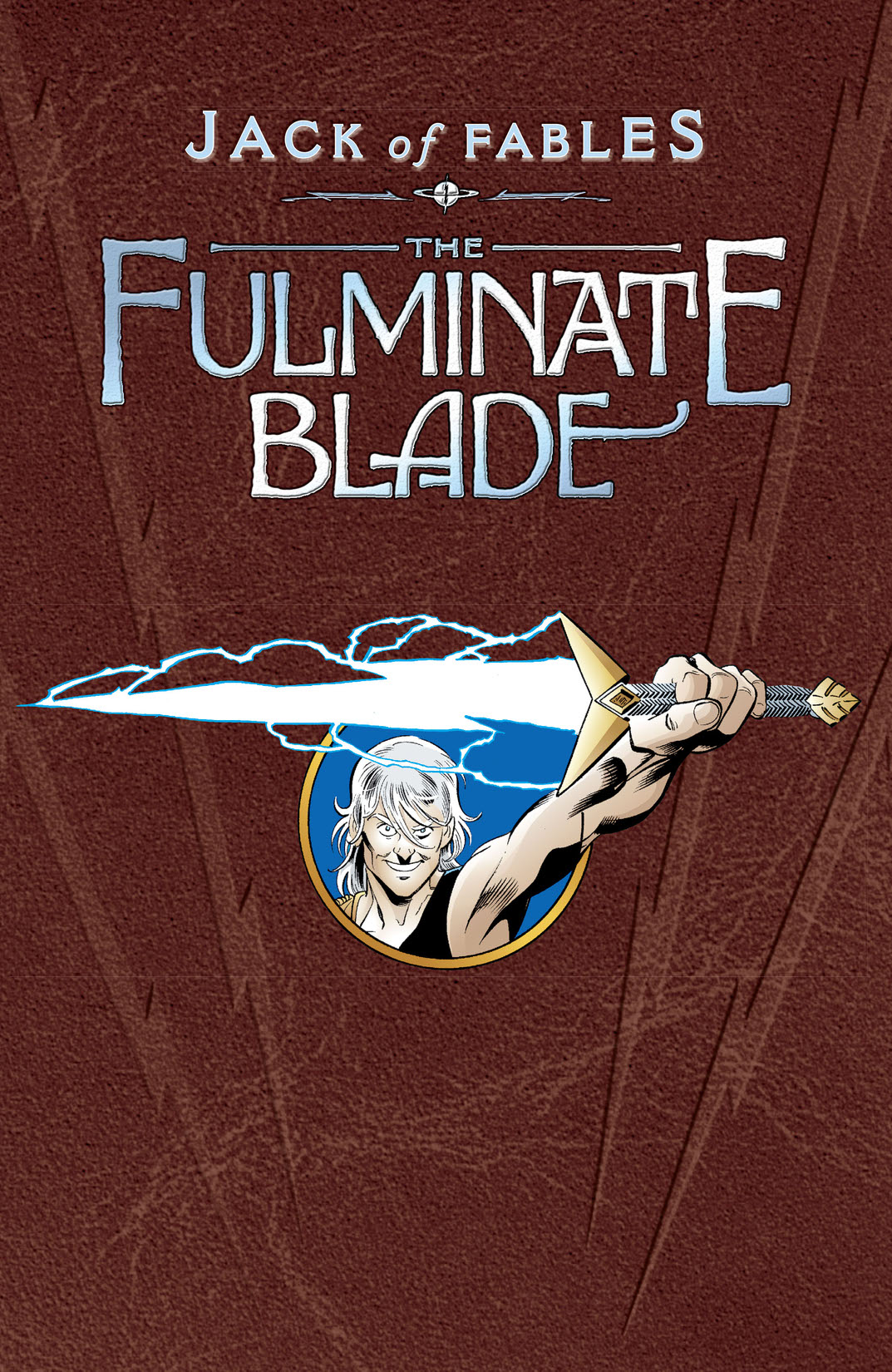 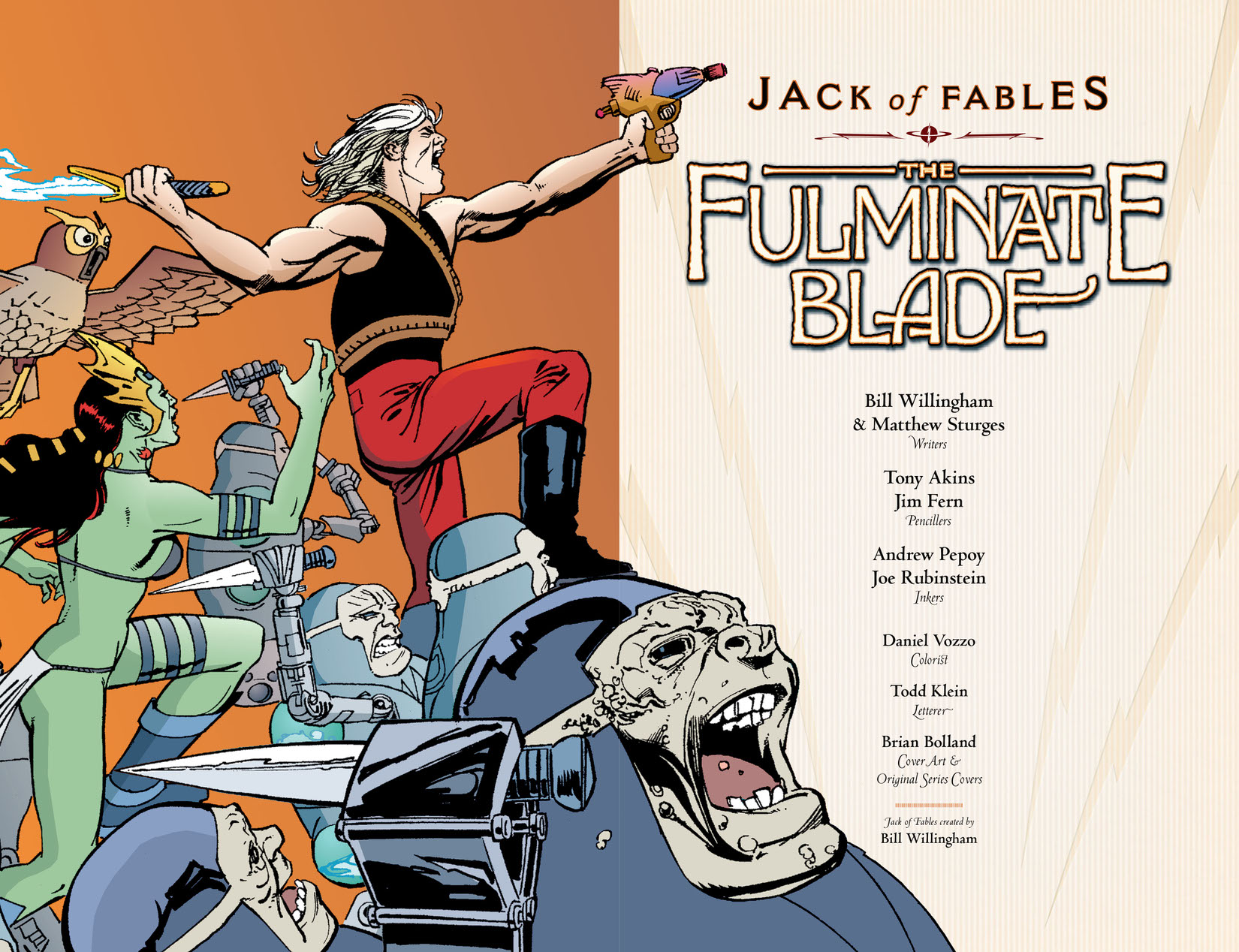 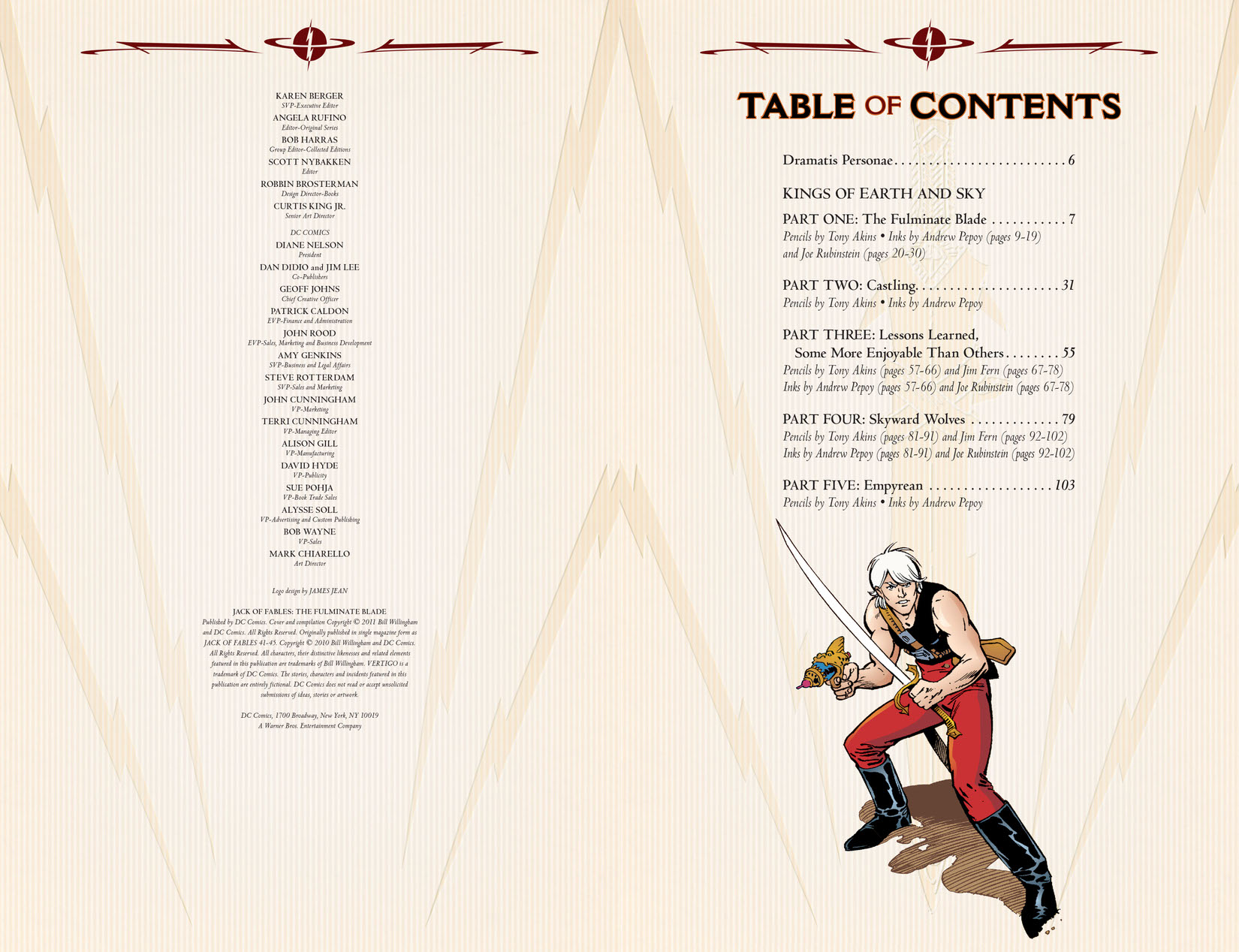 With Jack Horner, former star of JACK OF FABLES, permanently transformed into a dragon, Vertigo reboots the series with a new hero, Jack Frost. The world in which this story takes place is the world in which Flash Gordon and Buck Rogers lived, onlythousands of years later. All that remains is superstition and feudalism and all of the old technology is regarded as magic now. Jack seeks the magic blade which will defeat the Giant King. But of course nothing is as it seems since the good guysalways reveal themselves to be evil in the end.