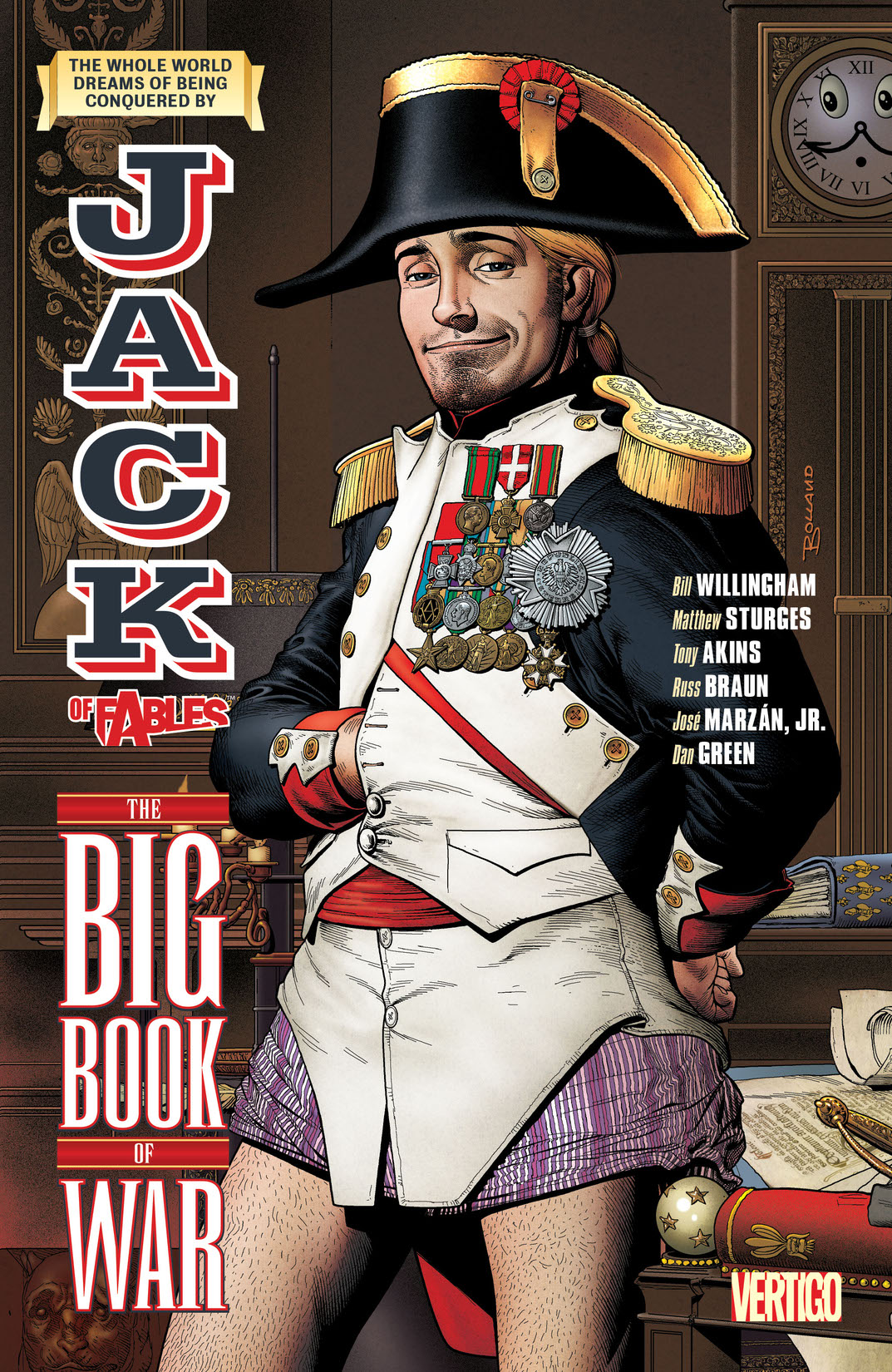 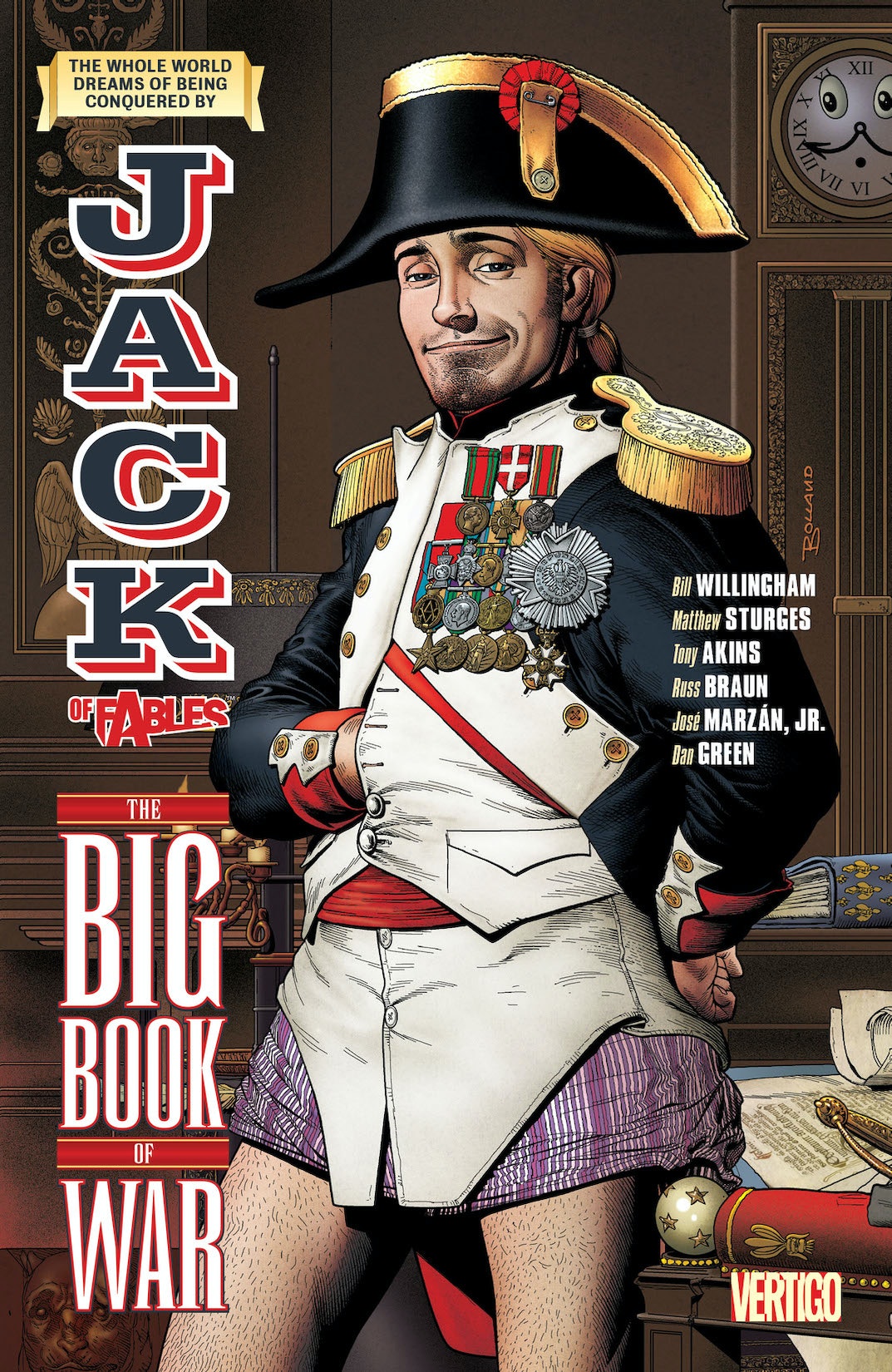 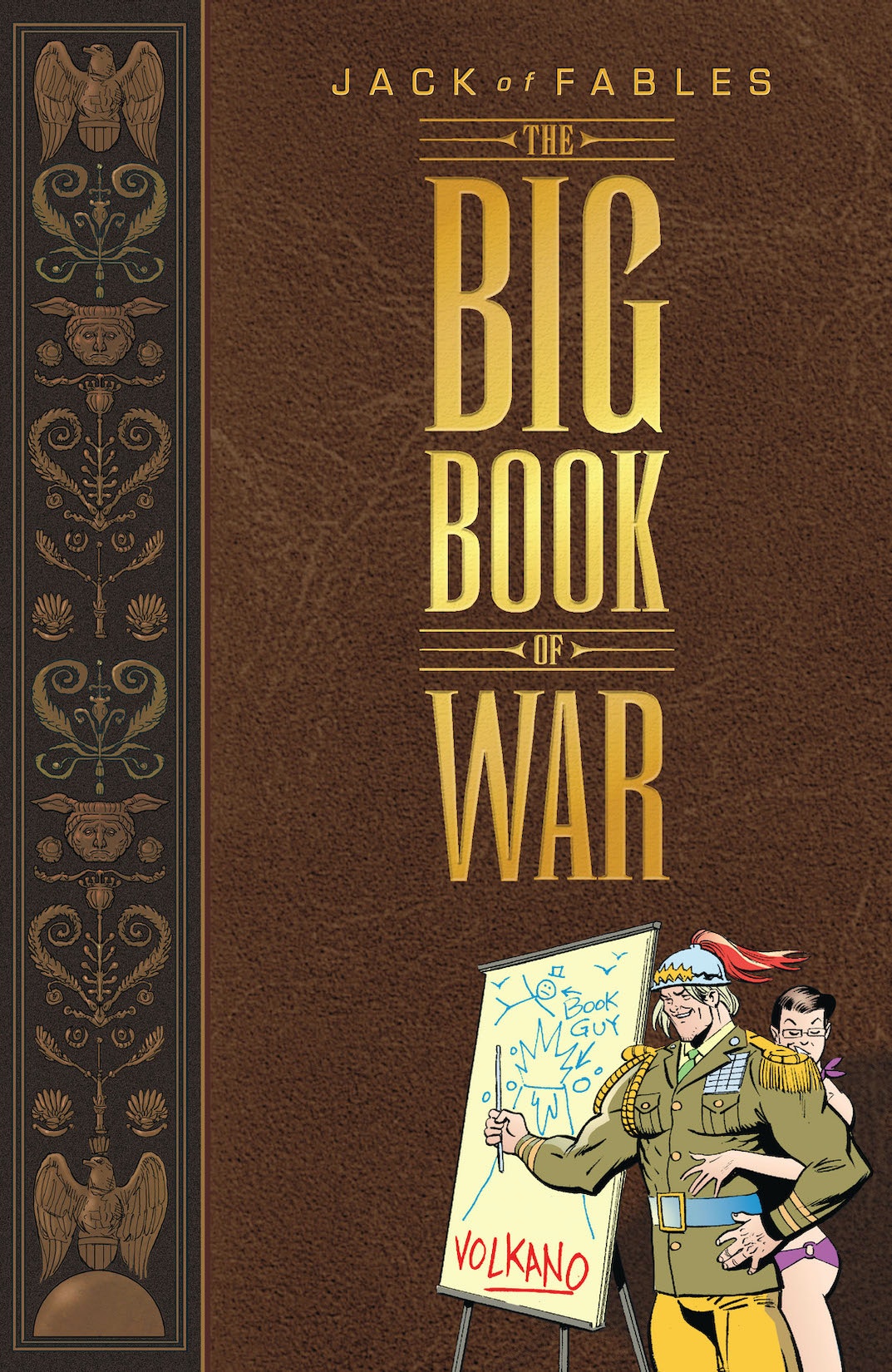 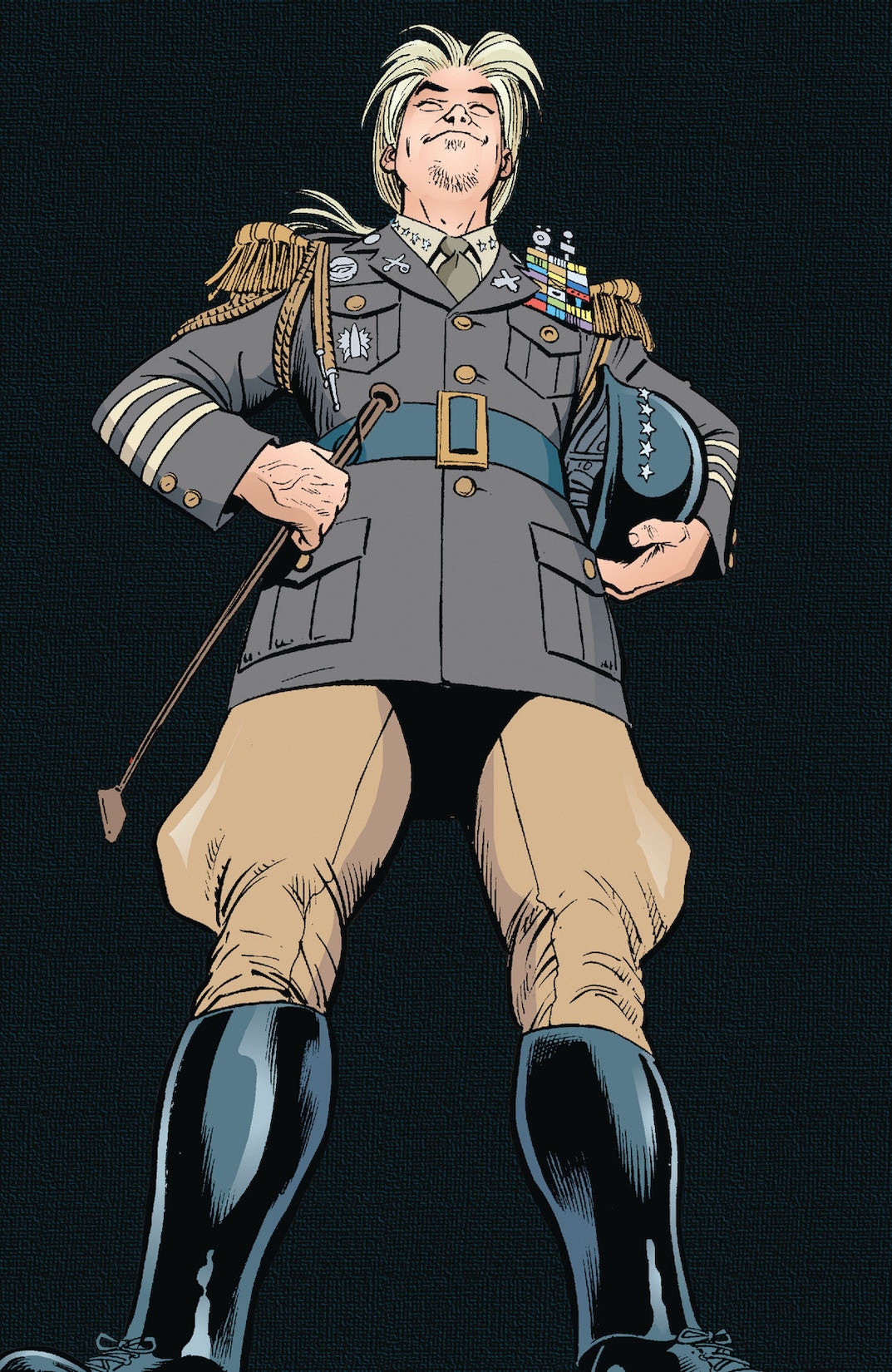 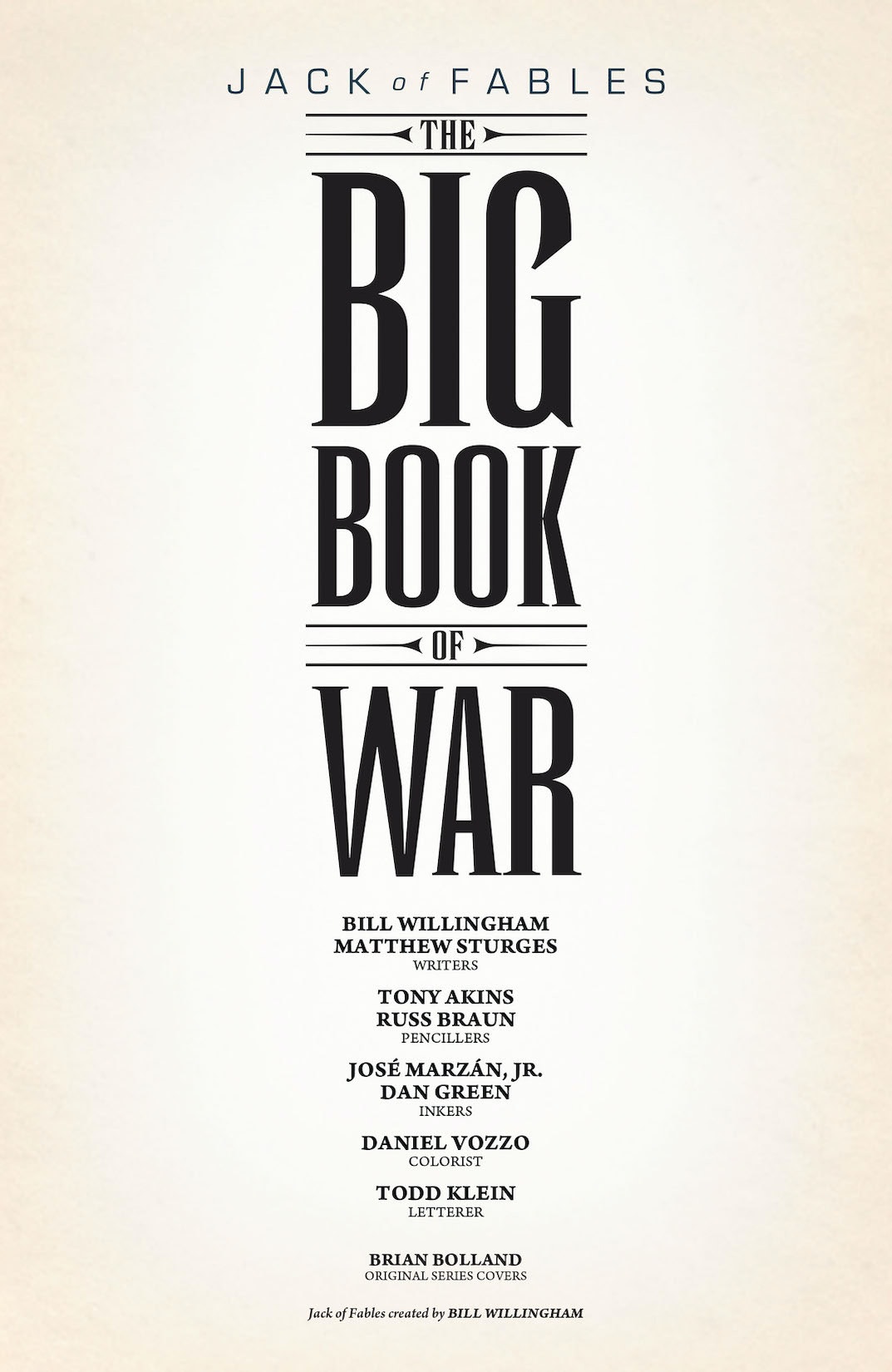 Jack of Fables Vol. 6: The Big Book of War

Jack of Fables Vol. 6: The Big Book of War

The Siege of the Golden Boughs occurs in which Bookburner's army attacks Revise's compound. Jack returns not as a prisoner but as its commander in chief. A further explanation of the Literals, and their extended family of characters who symbolize literary notions is explored. Secrets and setups are revealed such as the relationships between Jack and the Page sisters.