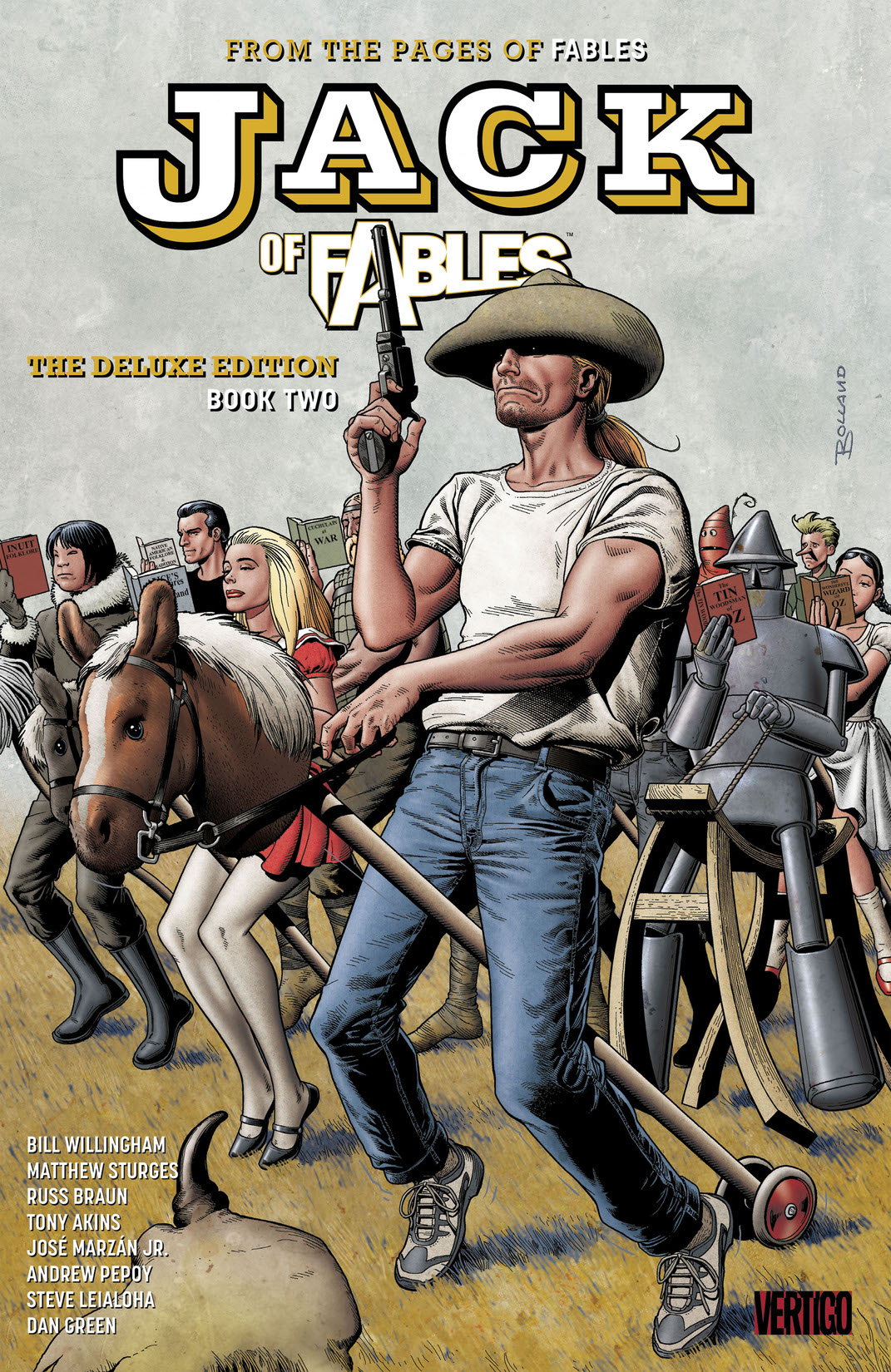 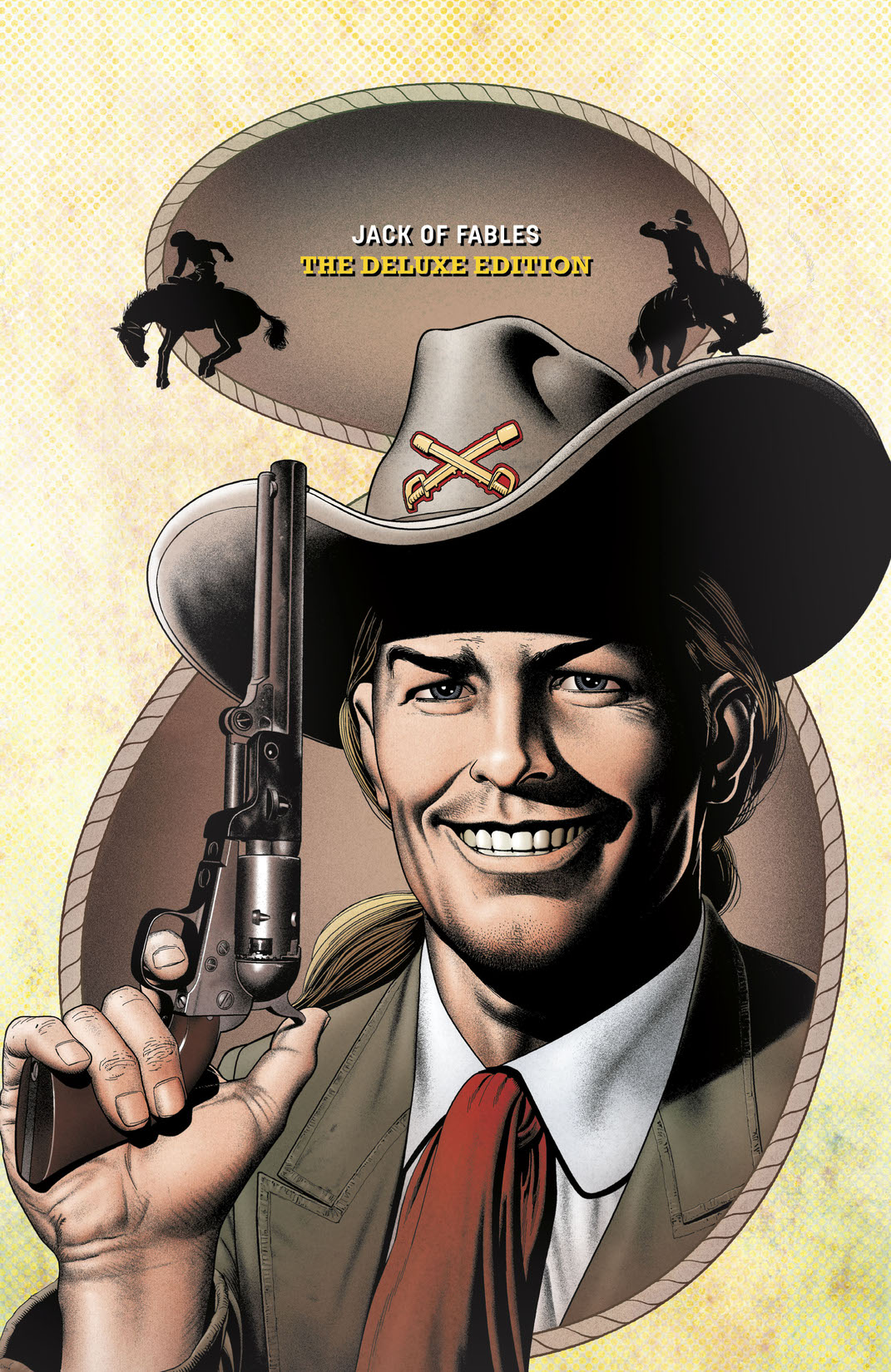 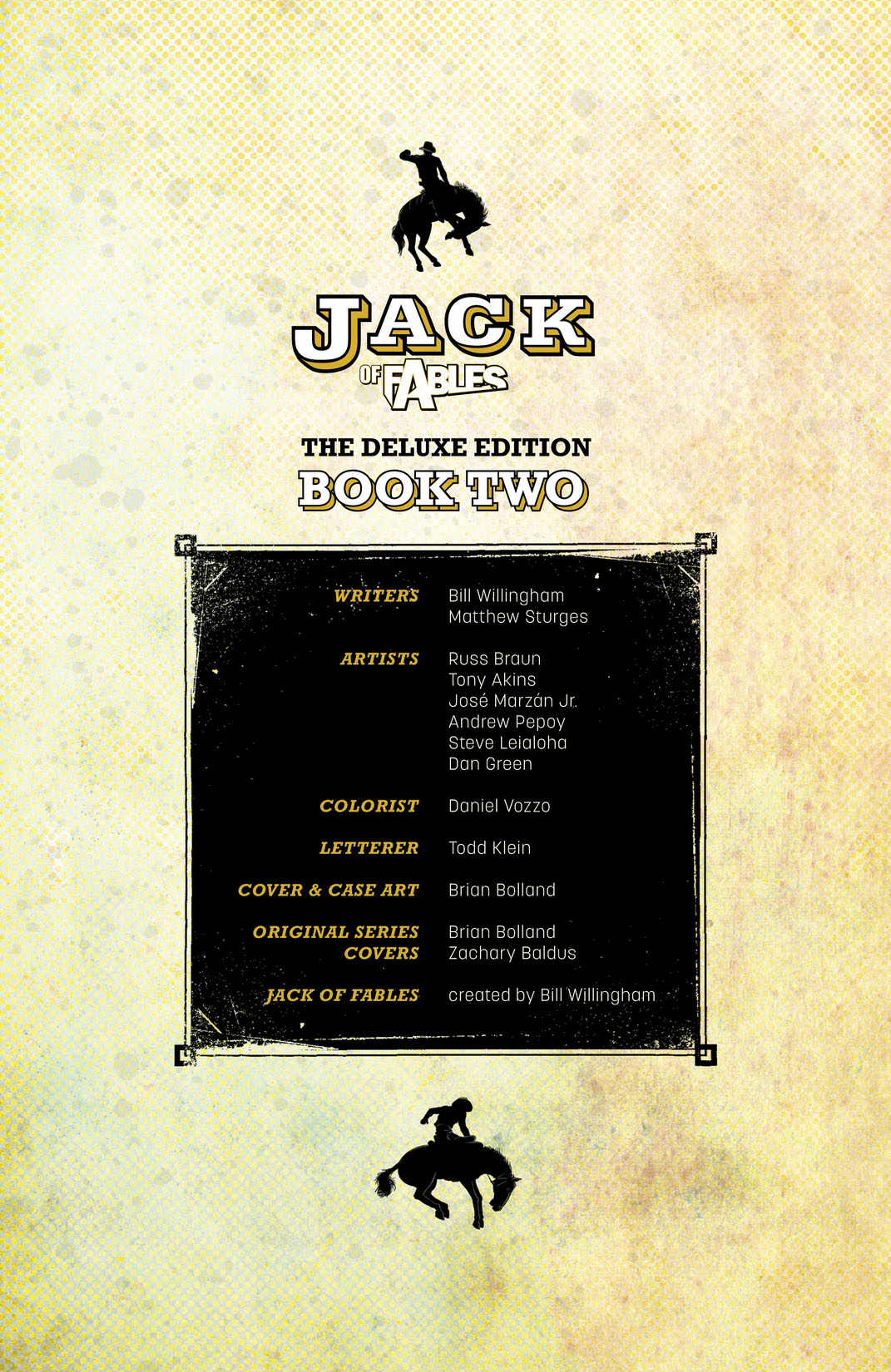 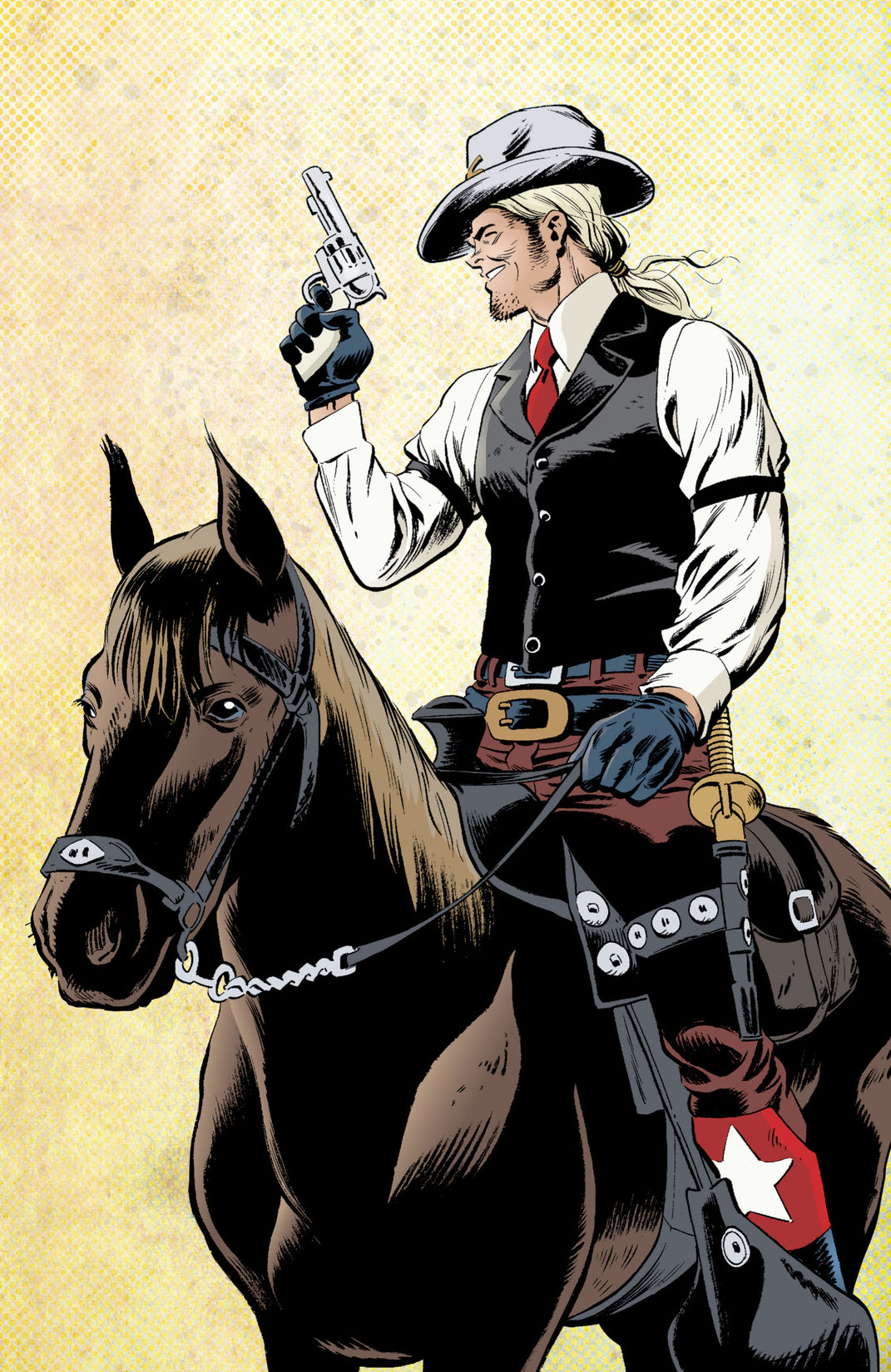 The self-proclaimed “World’s Greatest Fable” is finally given the five-star treatment he so richly deserves in Jack of Fables: The Deluxe Edition Book Two! Written by Fables creator Bill Willingham and Matthew Sturges, this second of three prodigious volumes collects issues #17-32 of the classic series and features a special section of preliminary artwork by Braun, as well as an all-new introduction by Jack’s faithful companion, Gary (the Pathetic Fallacy). After leaving the safe but stifling confines of Fabletown for the cruel and dream-crushing streets of Hollywood, the incomparable Jack Horner (a.k.a. Jack B. Nimble, a.k.a. Jack the Giant Killer, a.k.a. Jack of the Tales) found unprecedented fame and fortune by cashing in on his own overly embellished legend—only to have it all taken away by the unforgiving enforcers of Fabletown’s laws. Now, stripped of his wealth and forced into exile, Jack must return to his roots as a wandering ne’er-do-well, chasing after easy money and easier women. But upon hitting the open road, it soon becomes clear that the Mundane world boasts dangers the likes of which even this most experienced and charming of rogues has never before faced. That’s the problem with being so naturally amazing—the rest of reality is always a disappointment! Authors Bill Willingham and Matthew Sturges are joined by illustrators Russ Braun, Tony Akins, José Marzán Jr., Andrew Pepoy, Steve Leialoha and Dan Green to bring you Jack of Fables: The Deluxe Edition Book Two. Collects issues #17-32