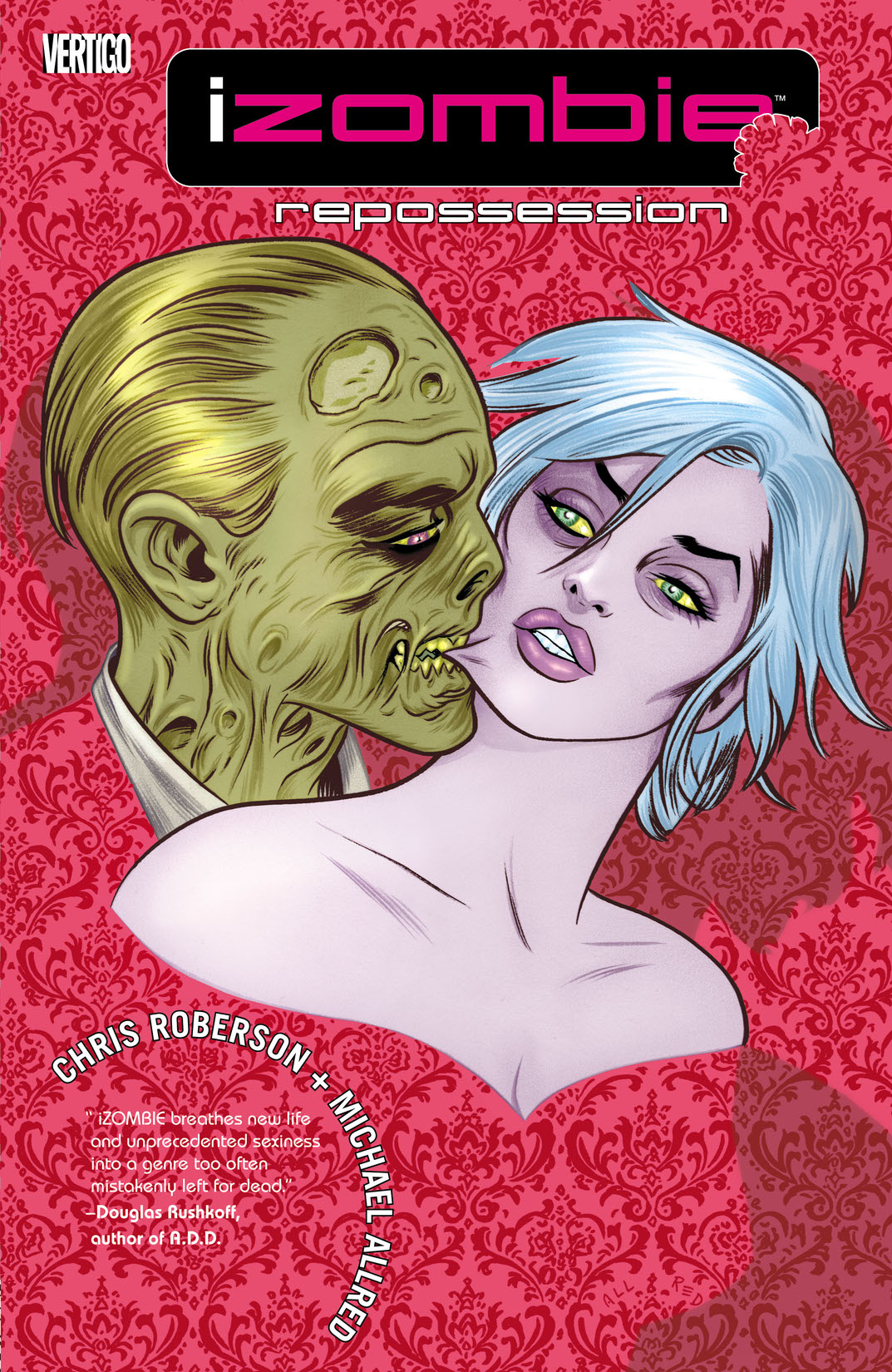 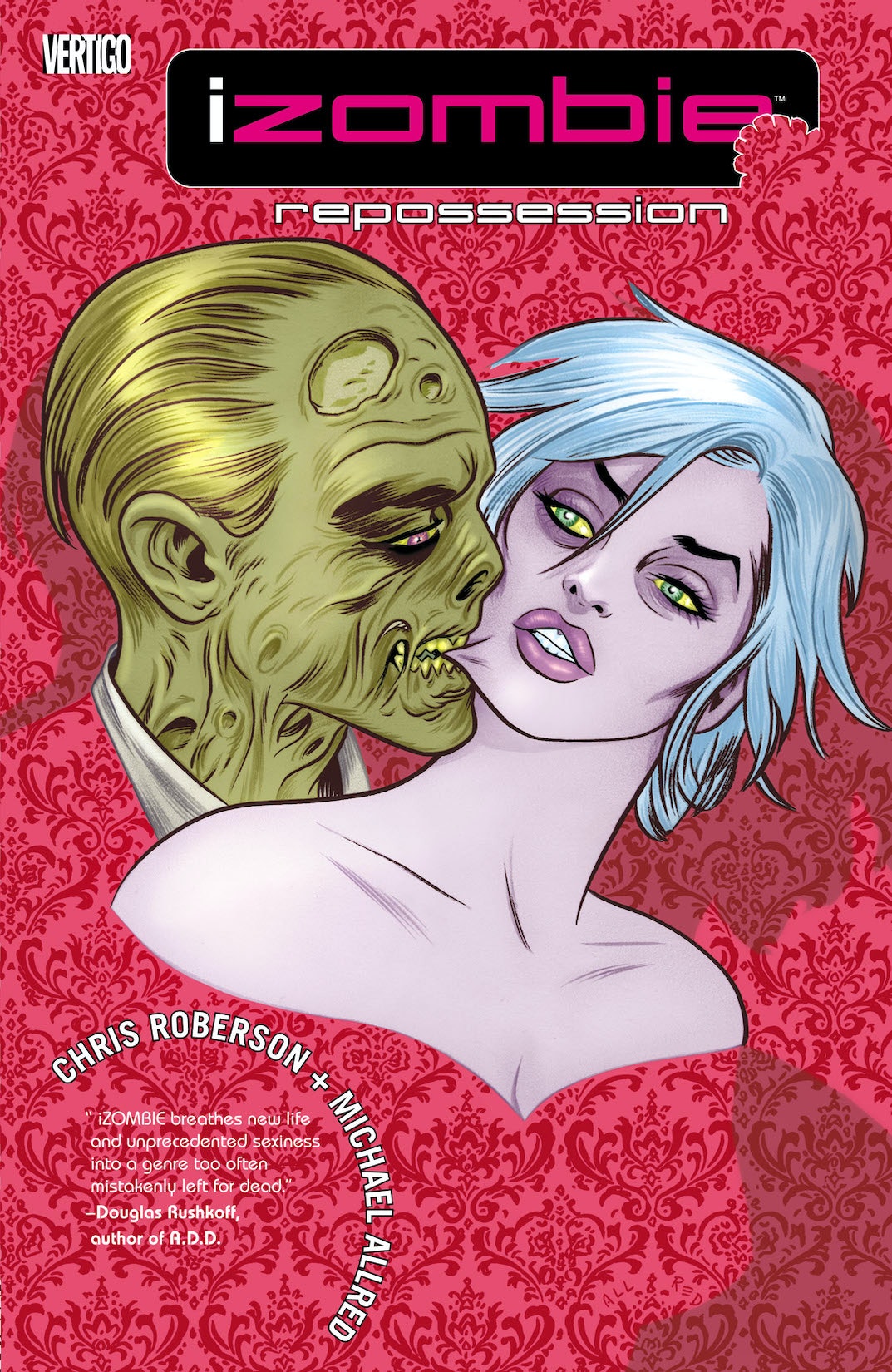 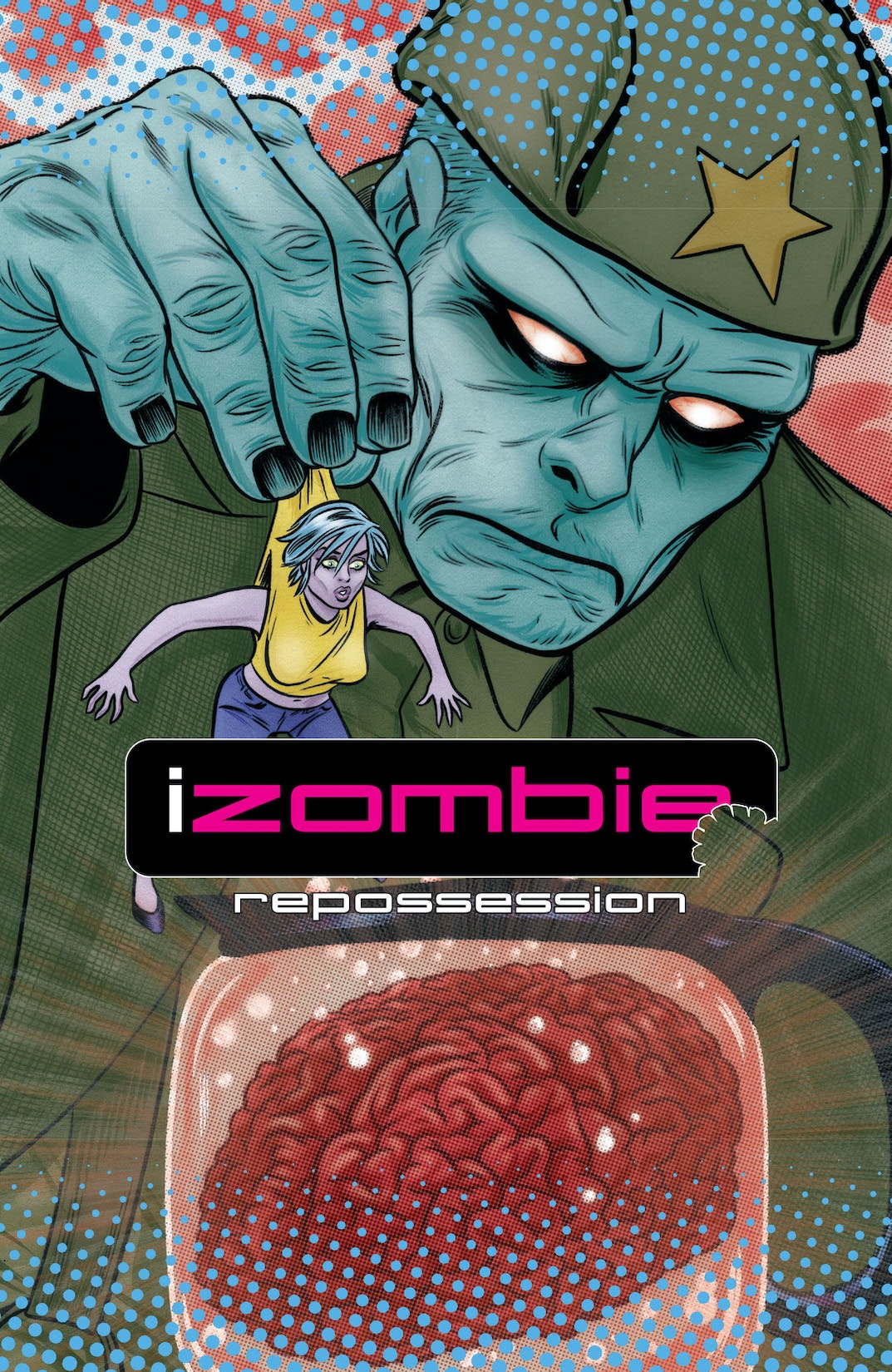 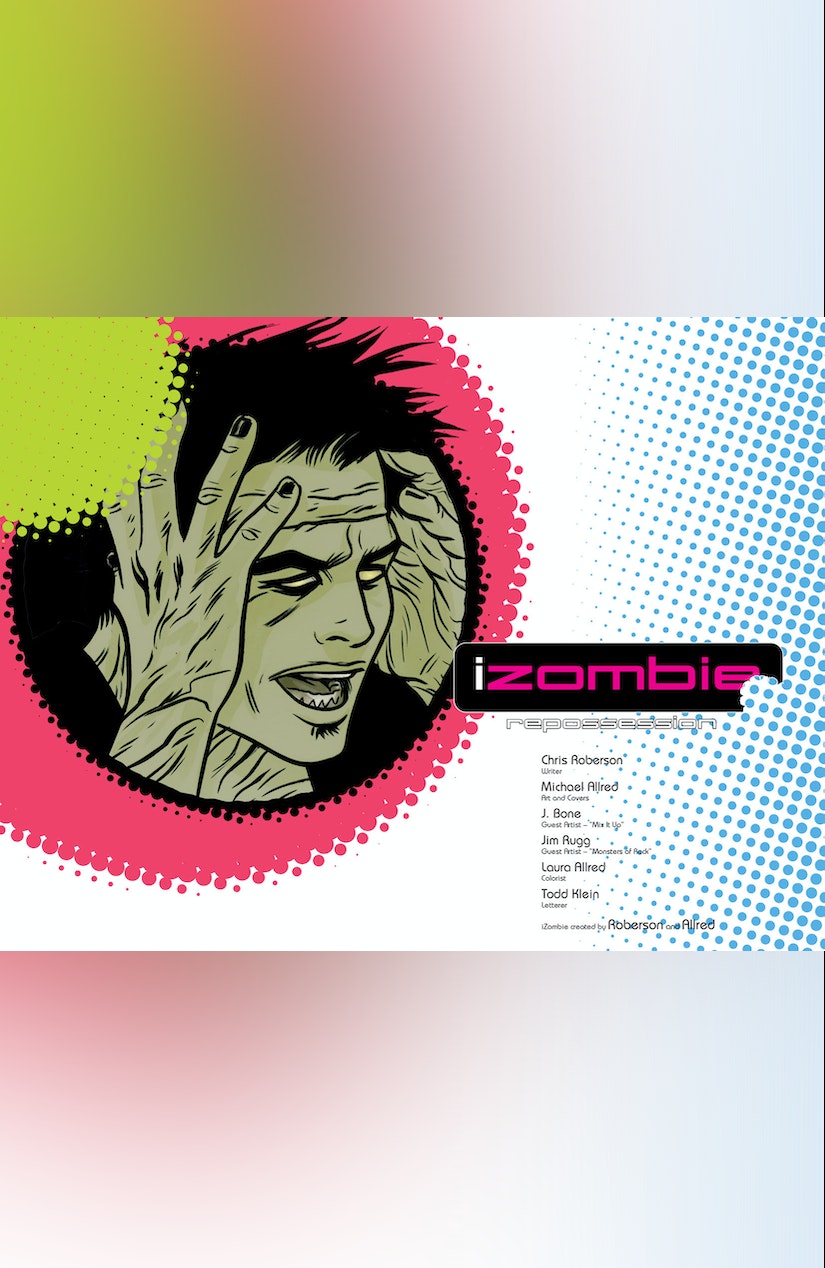 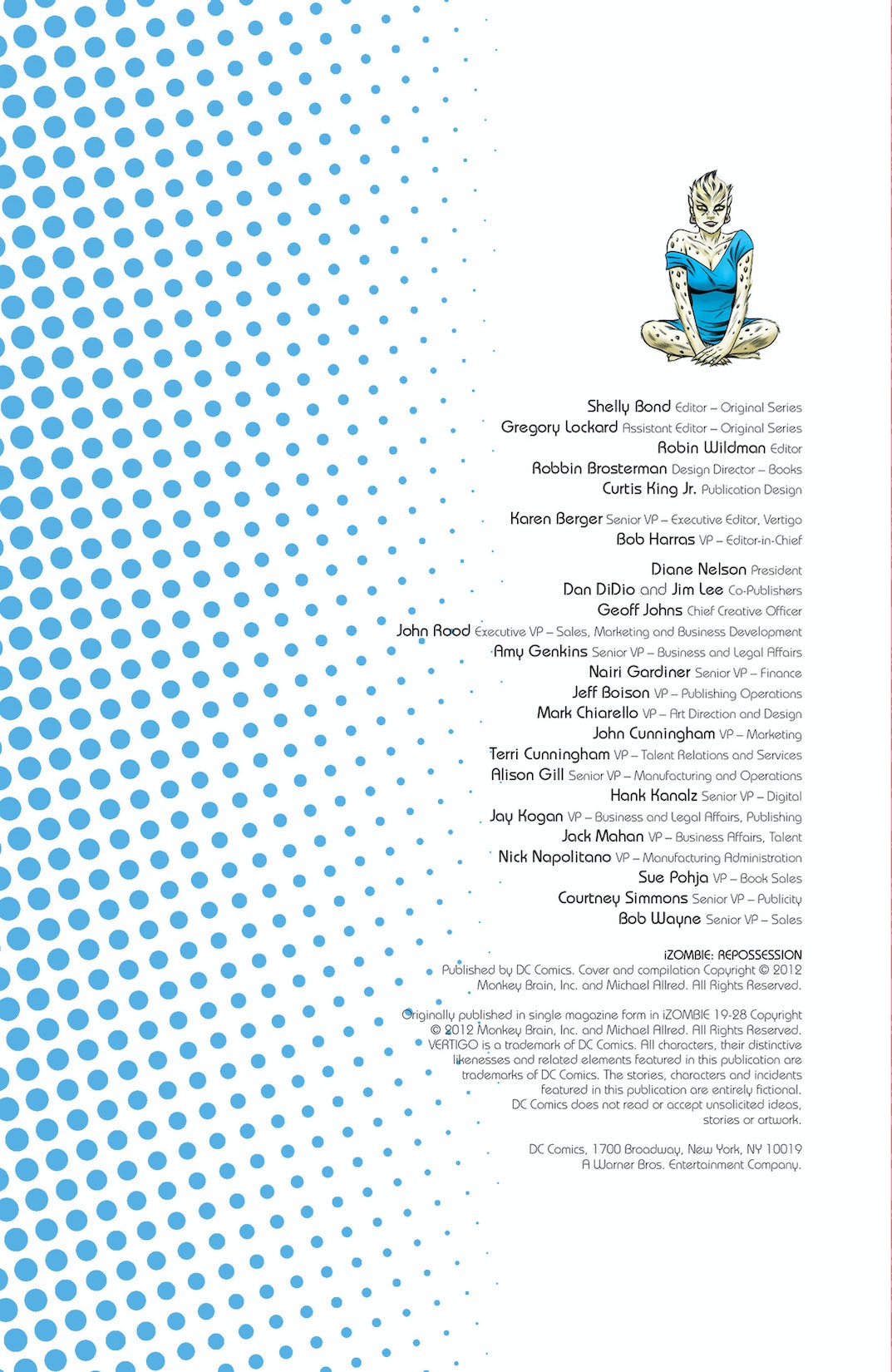 Told from a female zombie's perspective, iZOMBIE is a smart, witty detective series with a mix of urban fantasy and romantic dramedy. Gwendolyn "Gwen" Dylan is a 20-something gravedigger in an eco-friendly cemetery. Once a month she must eat a human brain to keep from losing her memories, but in the process she becomes consumed with the thoughts and personality of the dead person—until she eats the next brain. She sets out to fulfill the dead person's last request, solve a crime, or right a wrong. Once upon a time, Gwen's biggest concerns were finding a brain to snack on and worrying whether her boyfriend would find out she was a zombie. Now, with undead secret agents and monster hunters teaming up to stop a mad scientist from bringing about the end of the world, and her friends stuck right in the middle of it, Gwen has bigger problems on her hands. But can a girl help save the world without losing everything in the world she loves? From the Eisner Award-nominated team of Chris Roberson and Michael Allred, iZOMBIE VOL. 4: REPOSSESSION collects issues #19-28.