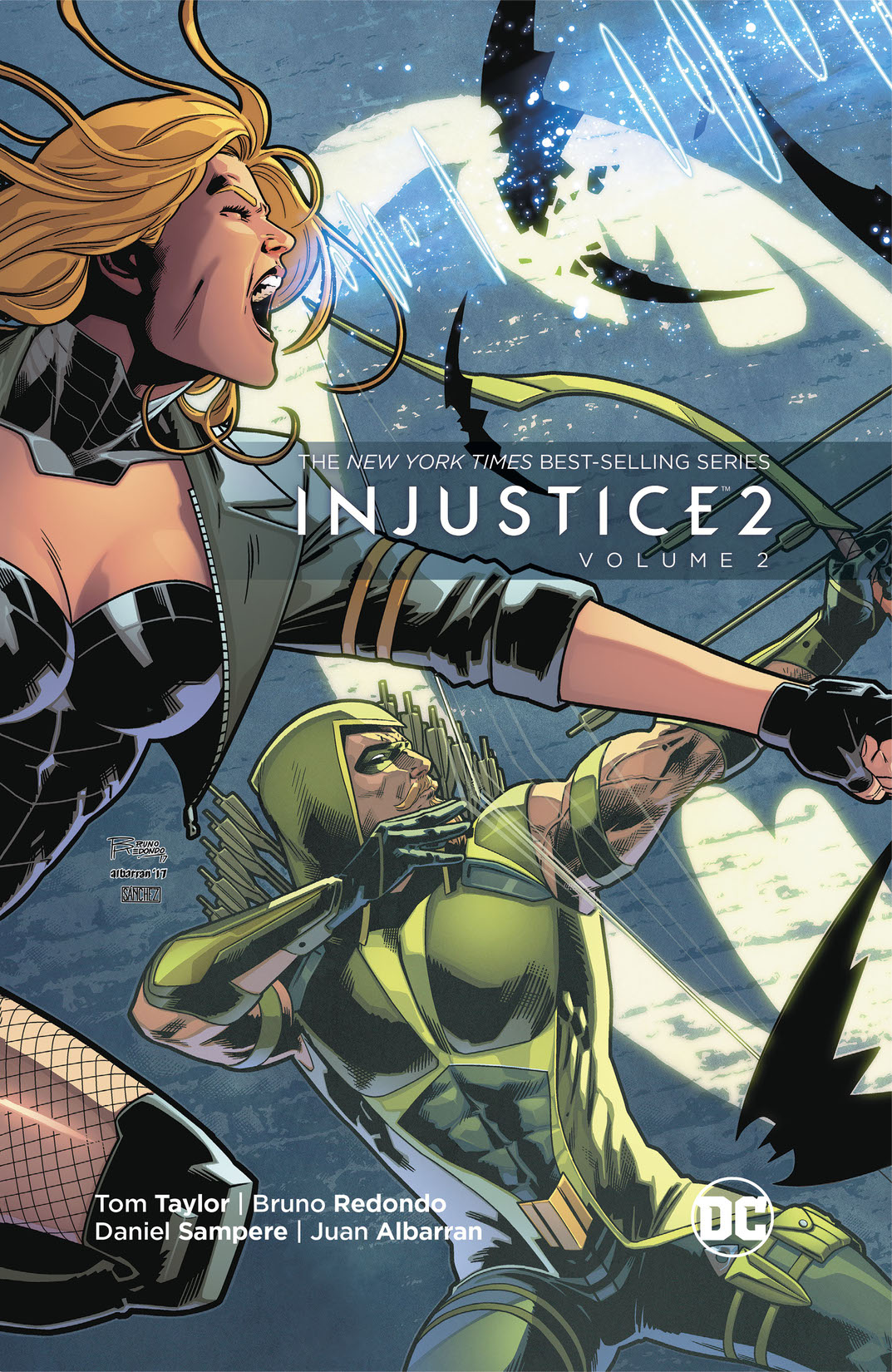 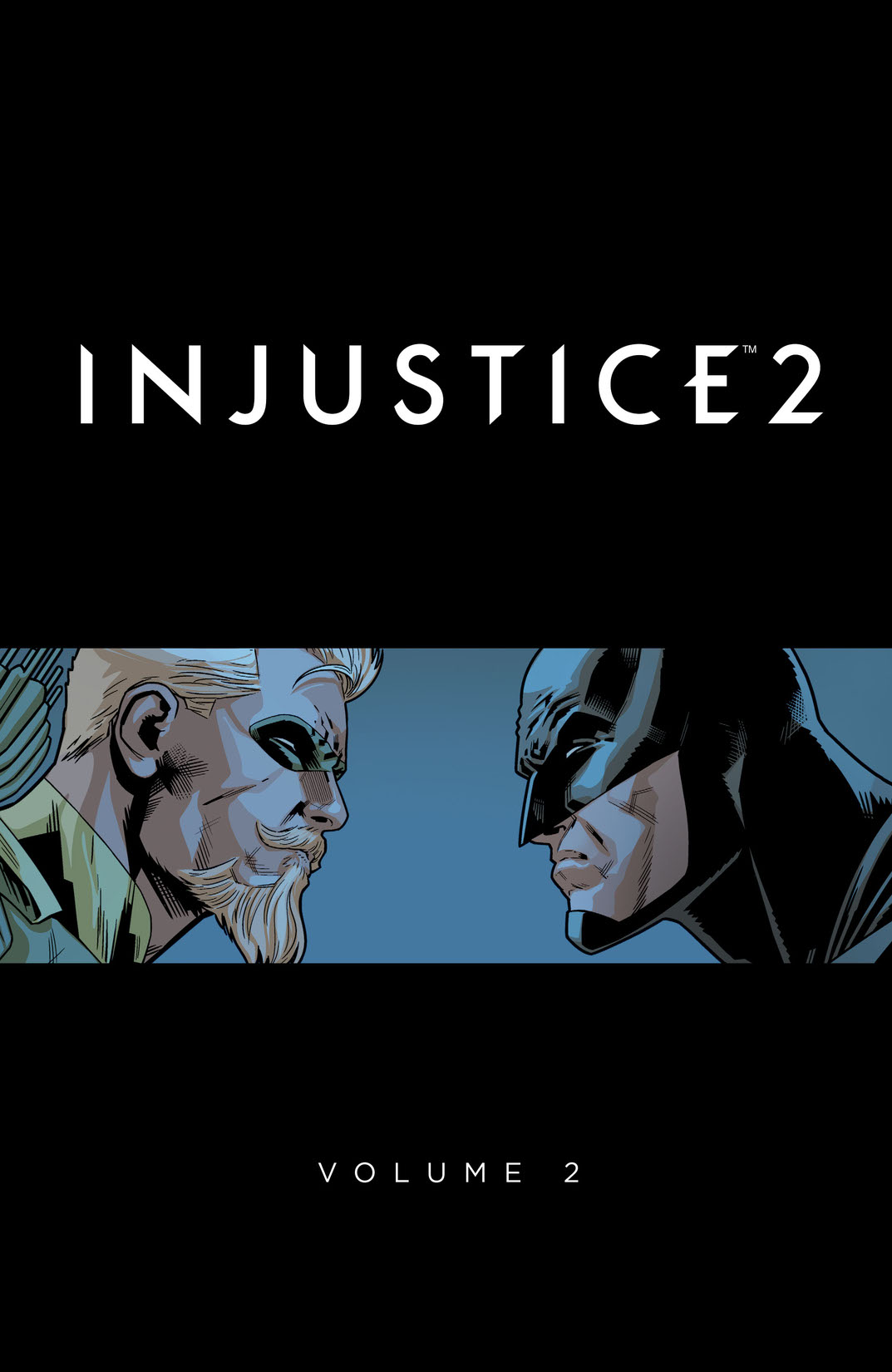 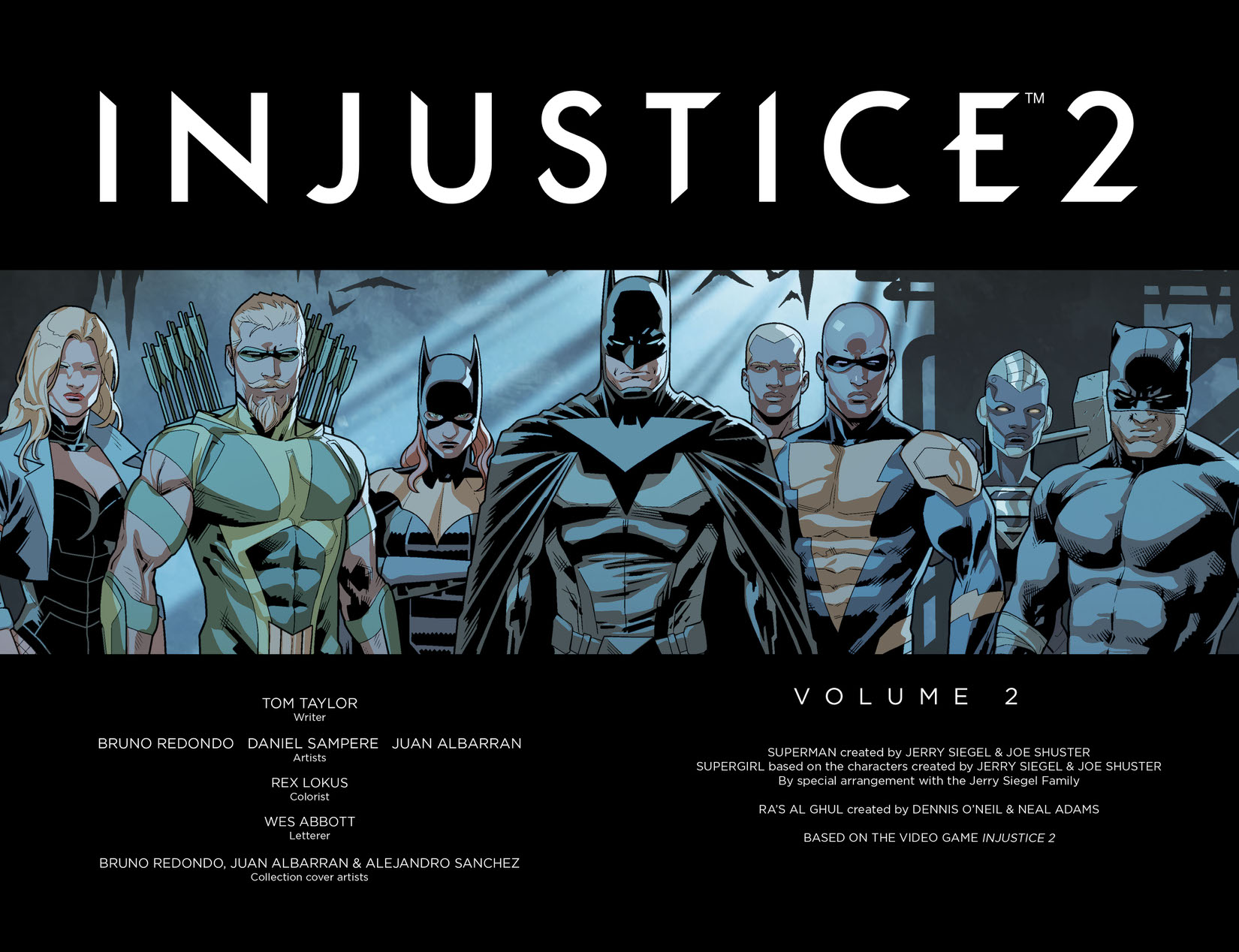 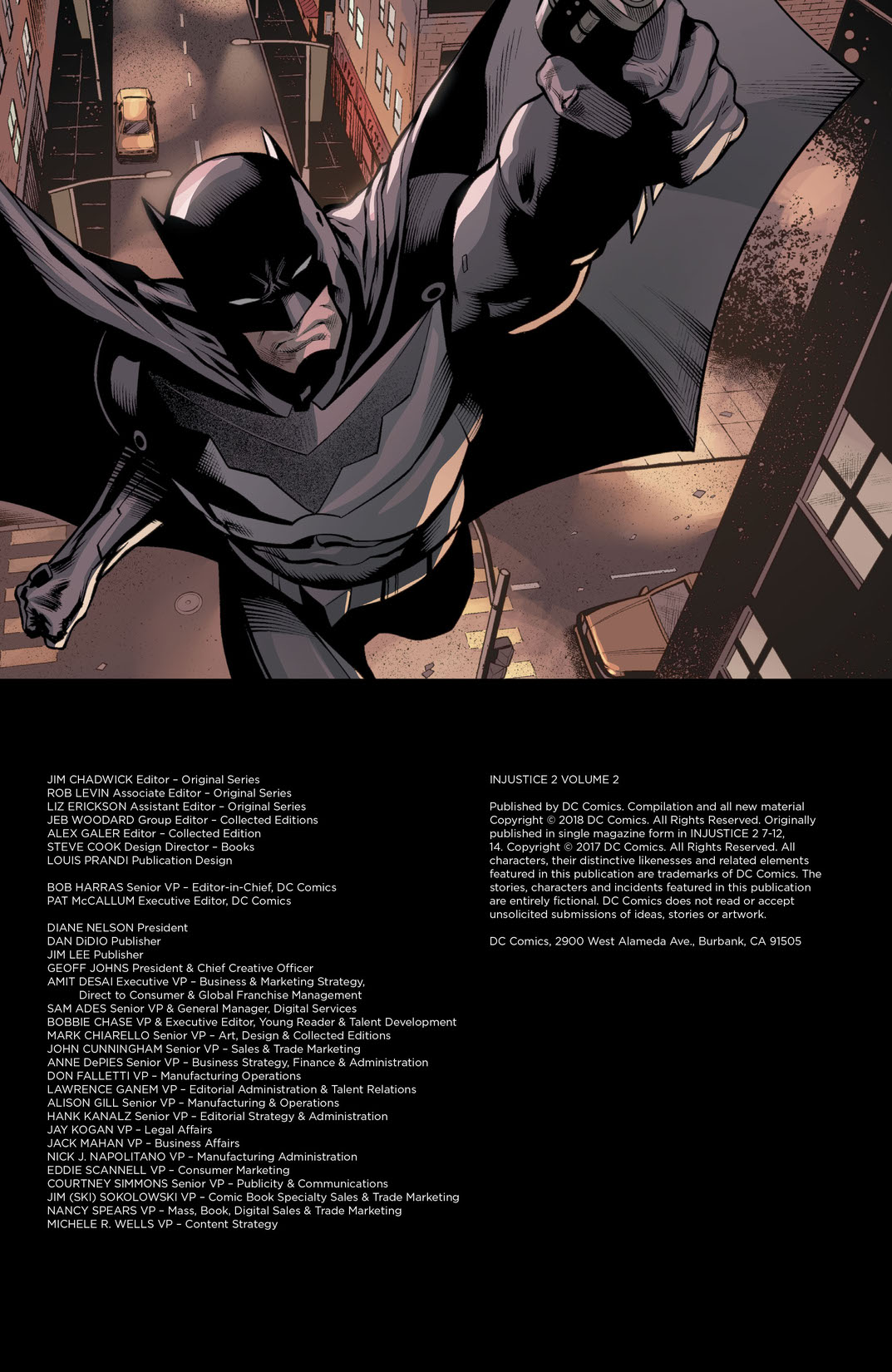 Green Arrow and Black Canary’s walk down the aisle has devastating consequences for the Justice League, the Suicide Squad and more in Injustice 2 Volume 2, exploring the world of the bestselling fighting game Injustice 2! What seems like a rare moment of peace and celebration is turned upside down when Damian Wayne performs a weddingday kidnapping of the children of Arrow, Canary and Black Lightning, with the help of his grandfather, Ra’s al Ghul! Now Batman must work with a Justice League Task Force that includes Batgirl, Steel, Blue Beetle and even Plastic Man to take the fight to al Ghul’s hidden lair! But Batman’s immortal villain has protectors of his own, including a Suicide Squad of Harley Quinn, Animal Man, El Diablo, Poison Ivy and an impostor Batman! And if they aren’t able to stop the real Batman, Ra’s has another plan that threatens the world, as a sleeper agent sets his sights on a presidential inauguration! Injustice: Gods Among Us writer Tom Taylor (Batman/Superman, The Authority) and artists Bruno Redondo (Batman: Arkham Unhinged) and Daniel Sampere (Batgirl, Green Arrow) shift the balance of power in this actionpacked collection of Injustice 2 #712!