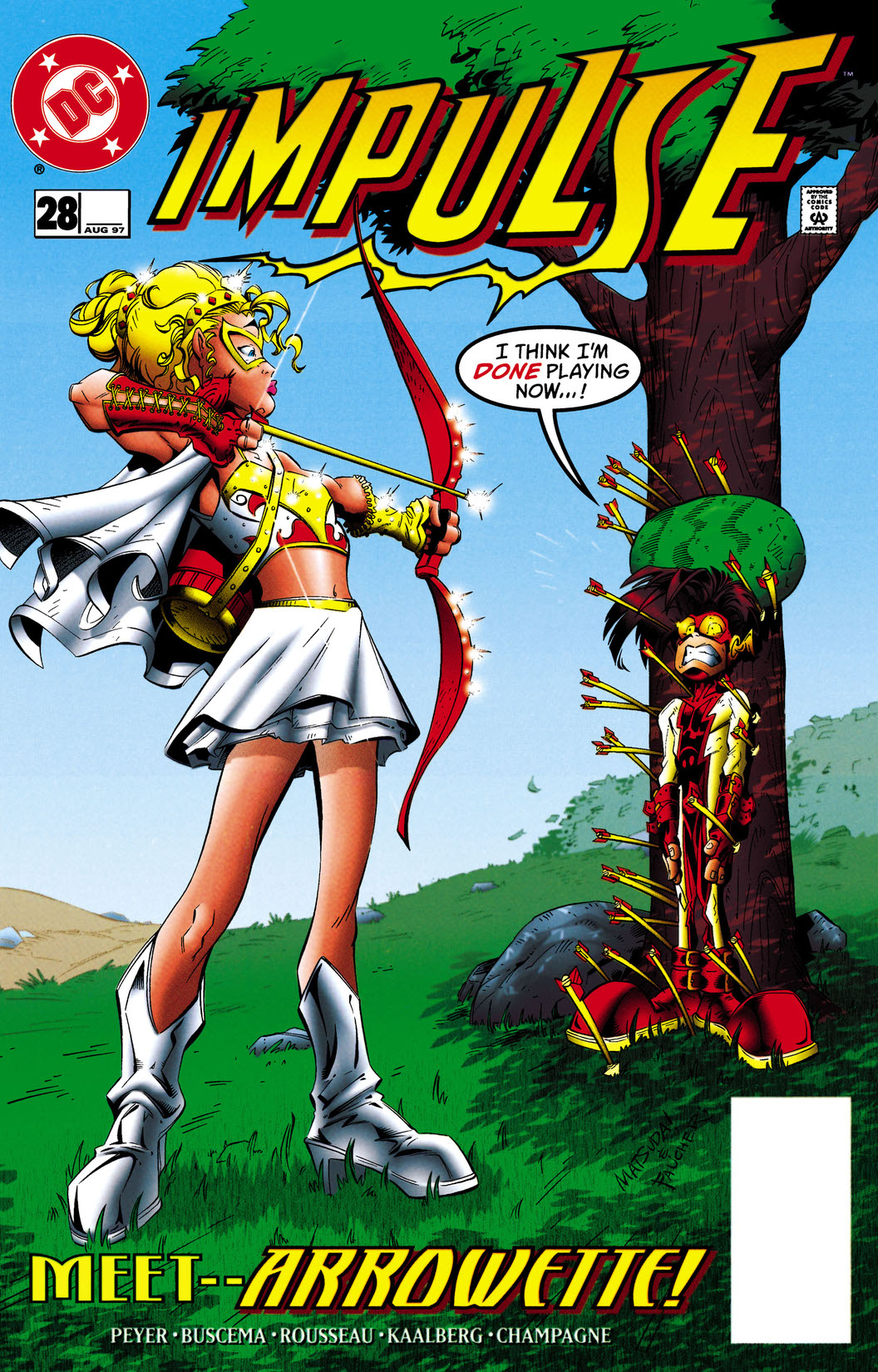 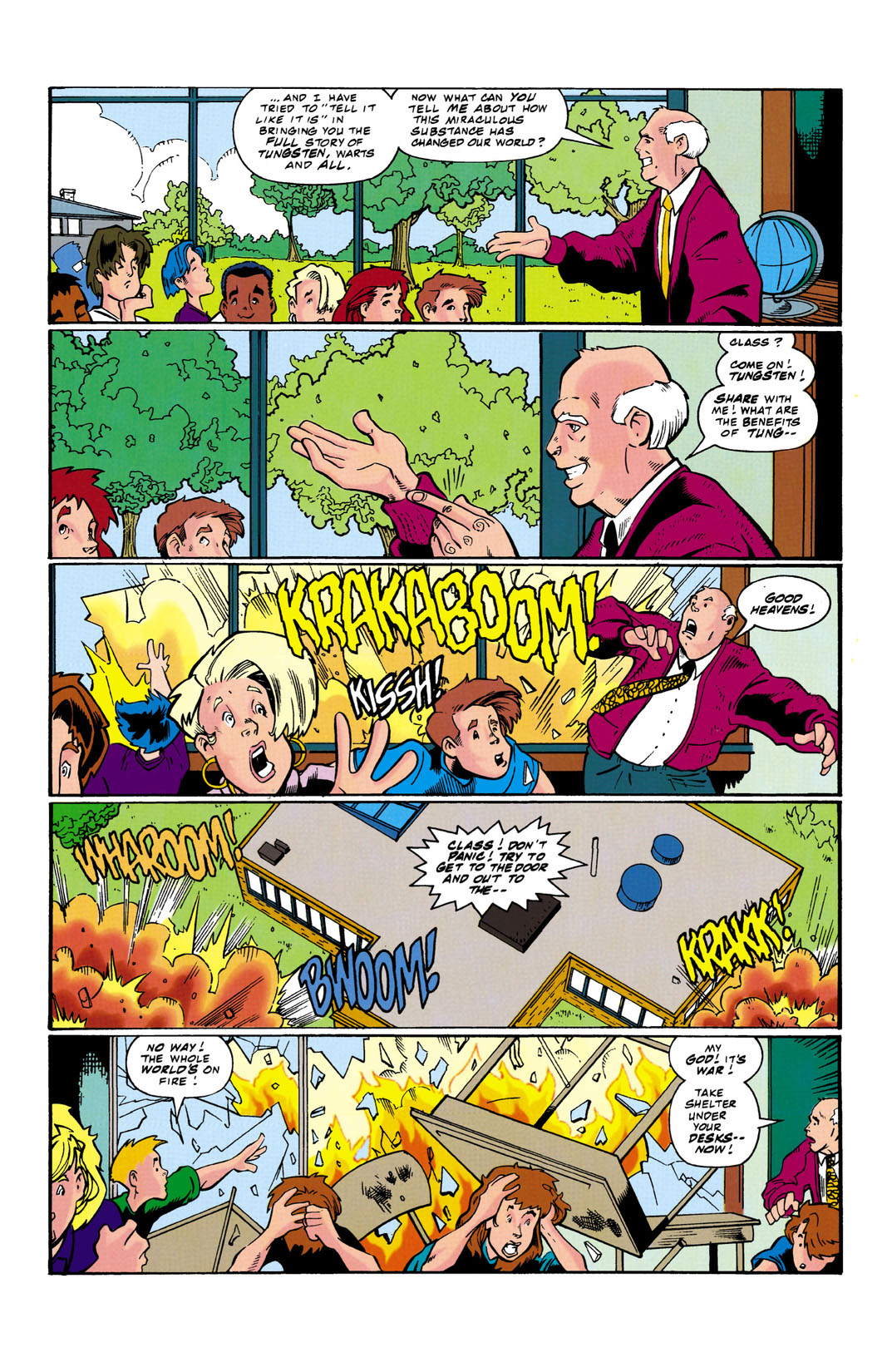 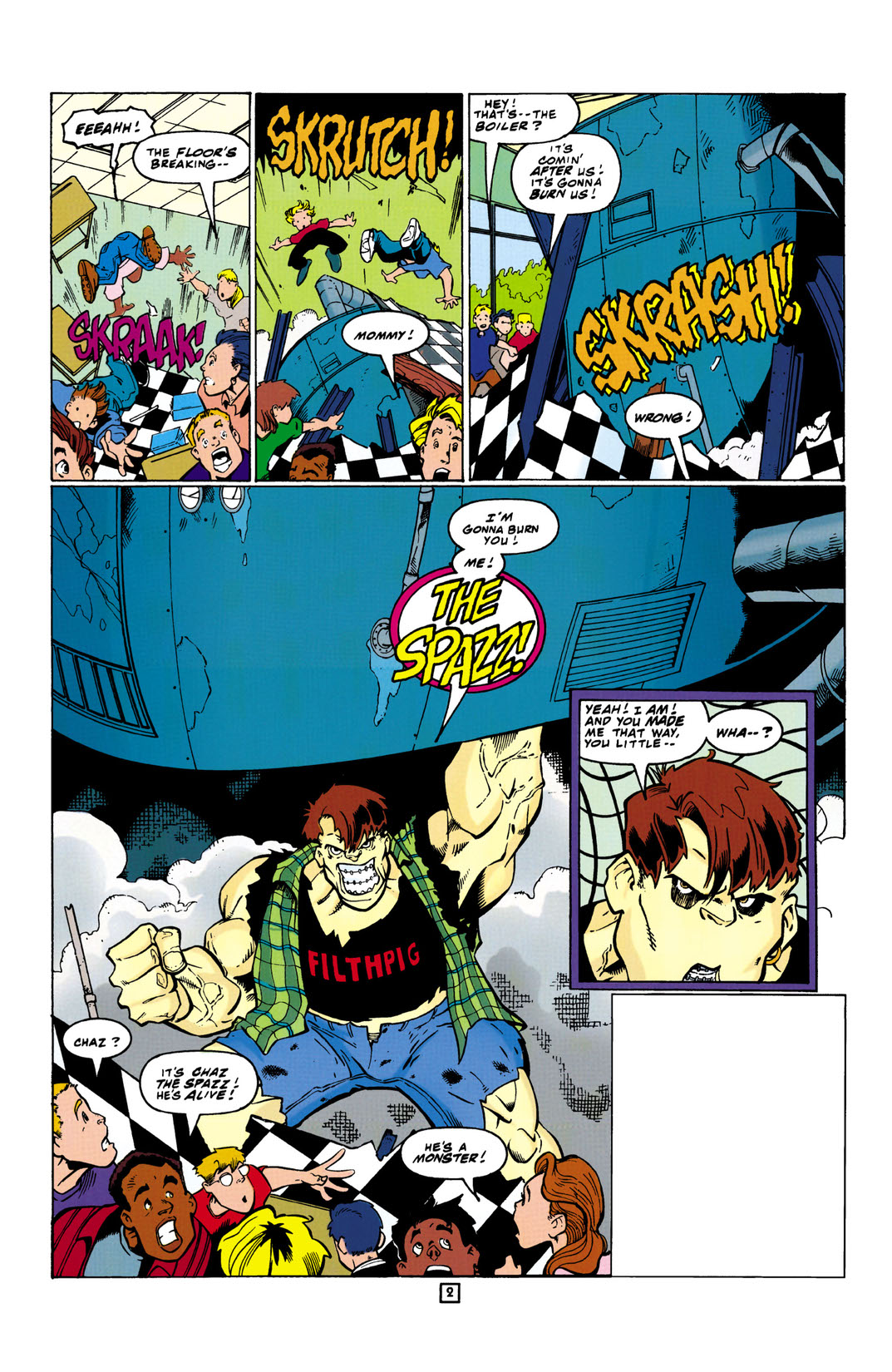 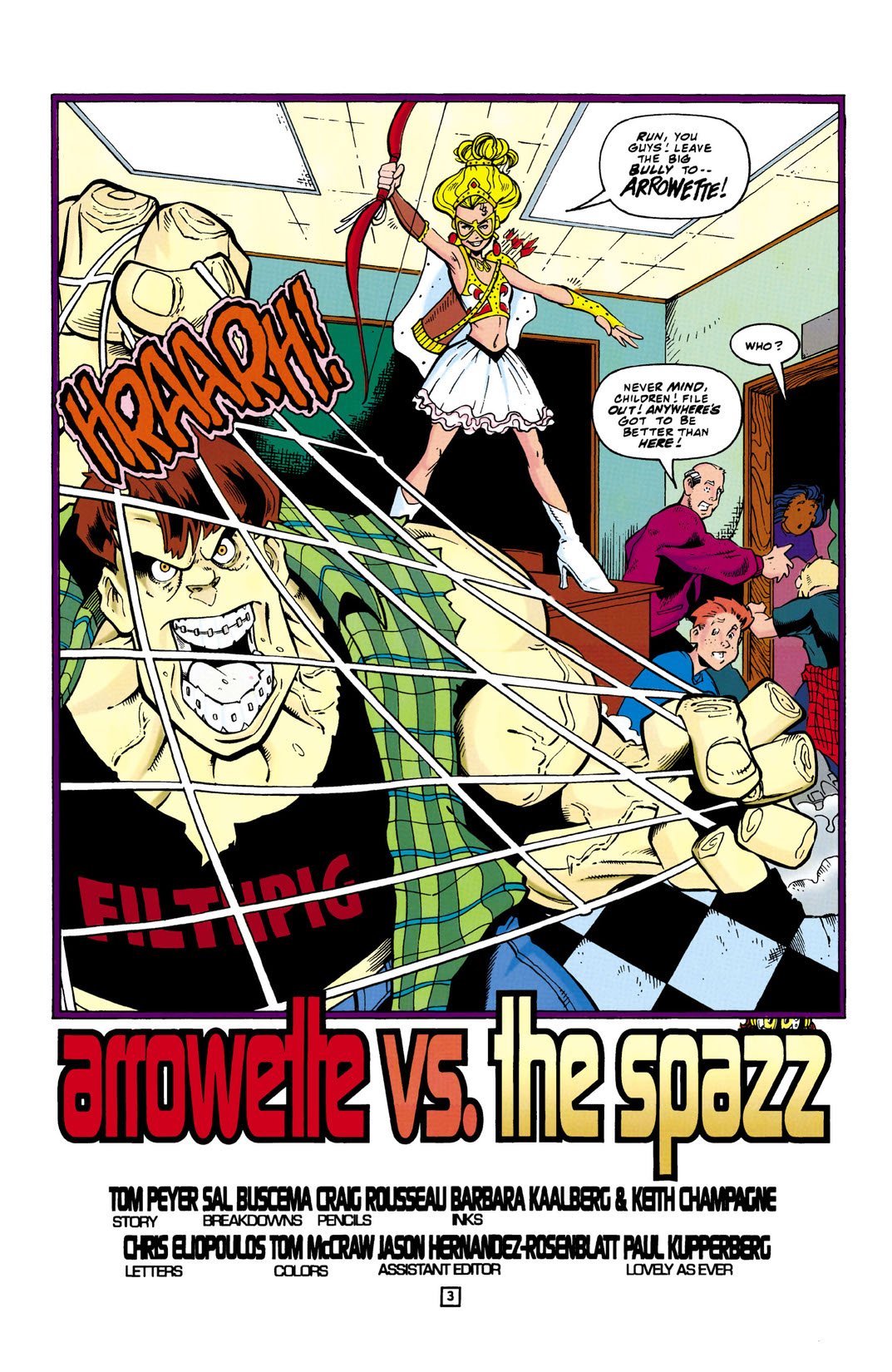 The concept of 'stage mothers' hits the world of superheroes, as one-time heroine Miss Arrowette grooms her daughter to follow in her footsteps. Of course, picking Manchester, home of Impulse, for the new Arrowette's debut may not have been the wisest move she could've made.