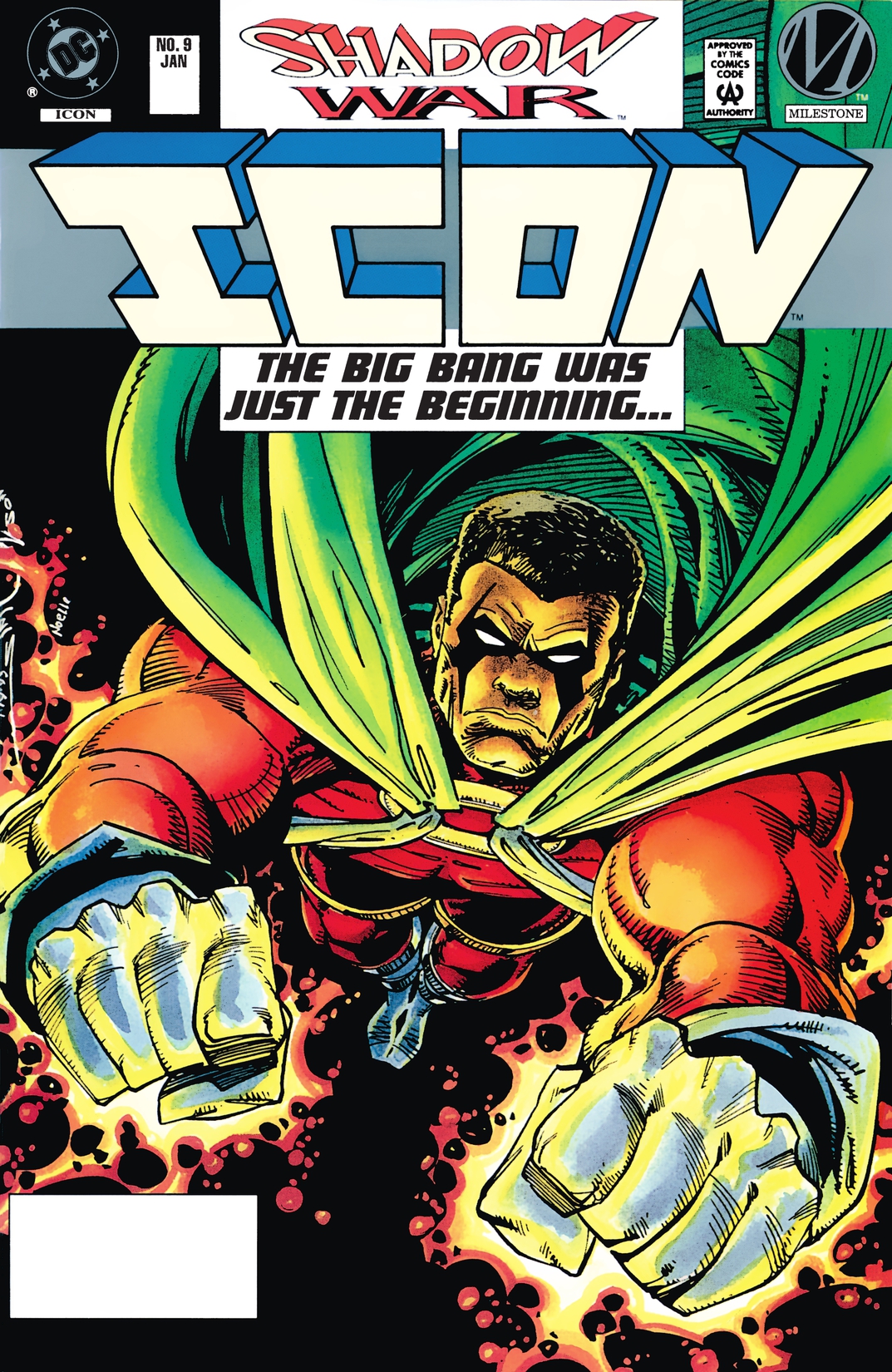 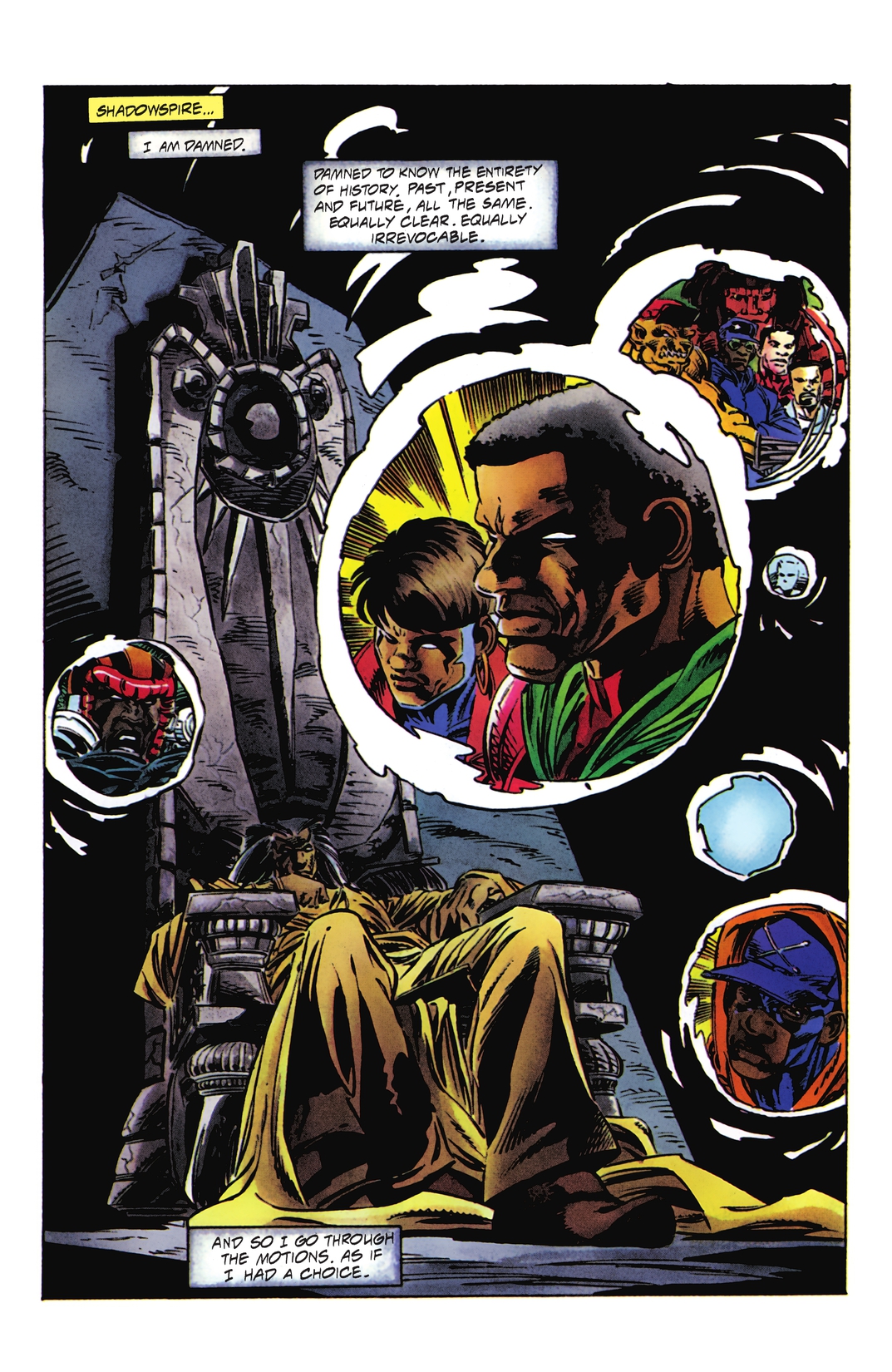 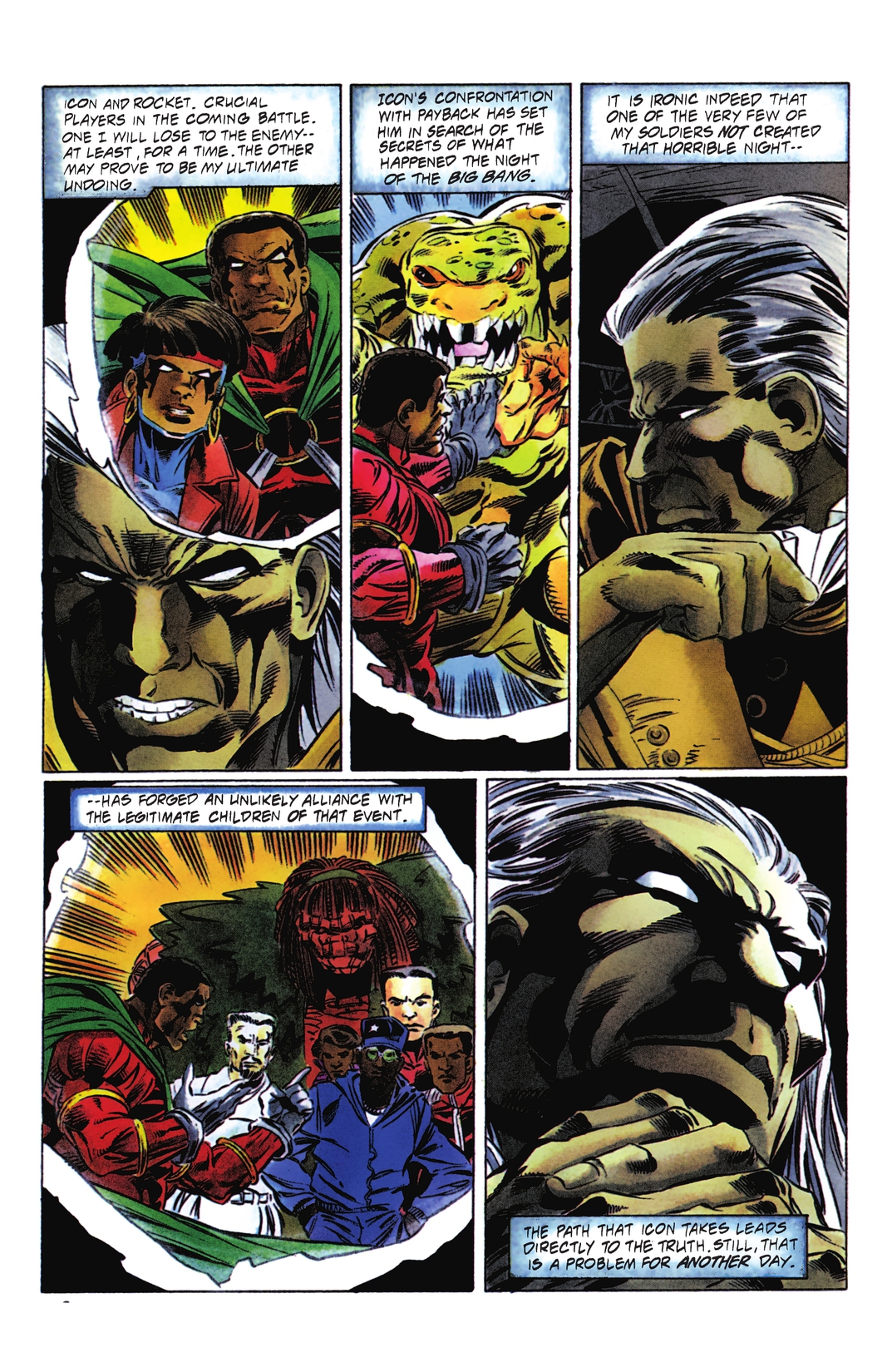 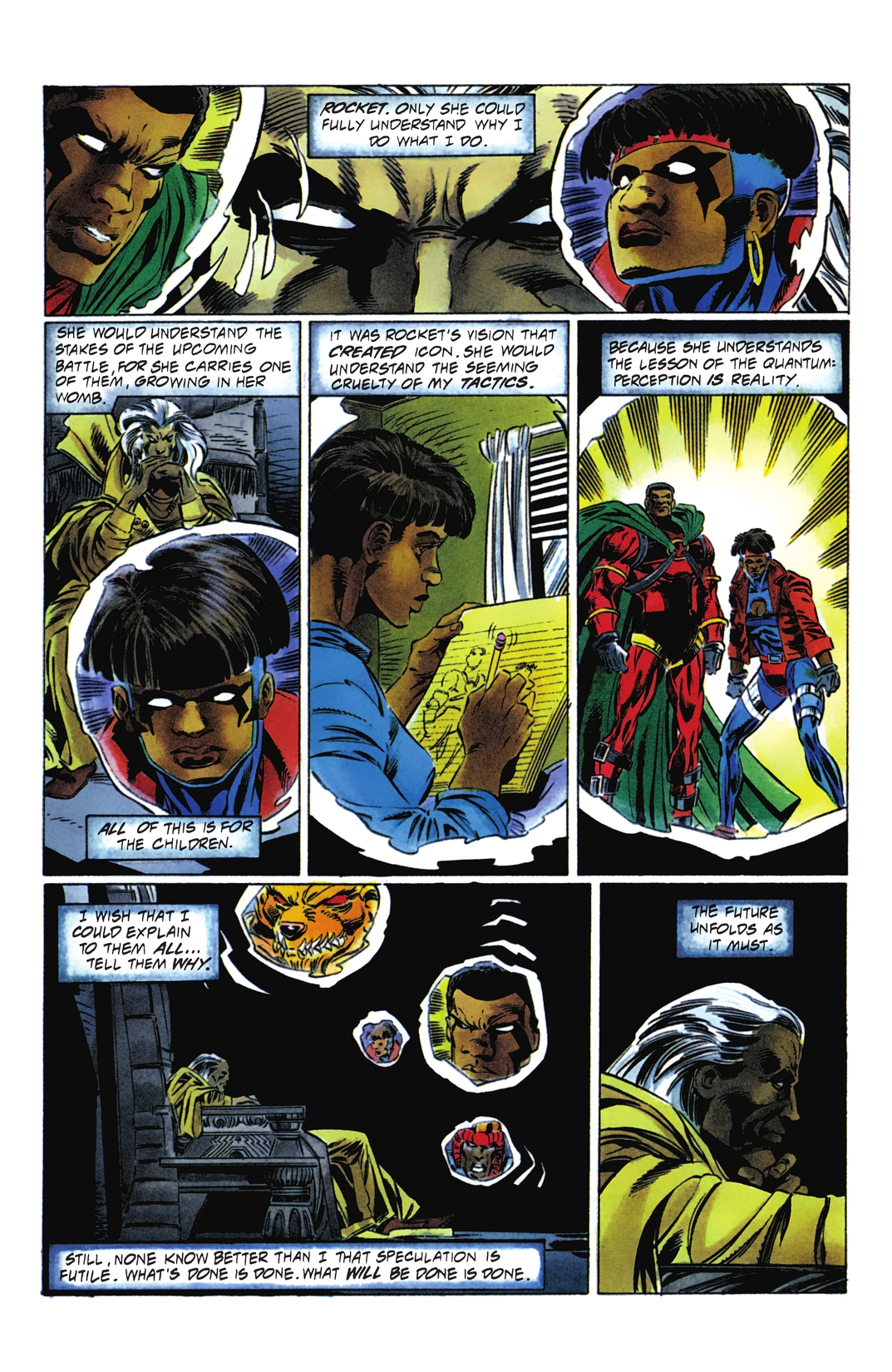 “Shadow War,” Milestone’s first crossover event, continues from Hardware #11. Donner and Blitzen of the Shadow Cabinet-two women, one with superhuman strength, the other capable of super-speed-recruit Icon for their battle with the Star Chamber. But they don’t recruit Rocket. Continued in Xombi #0. Written by Dwayne McDuffie, with art by M.D. Bright and Mike Gustovich. Cover by Walter Simonson.