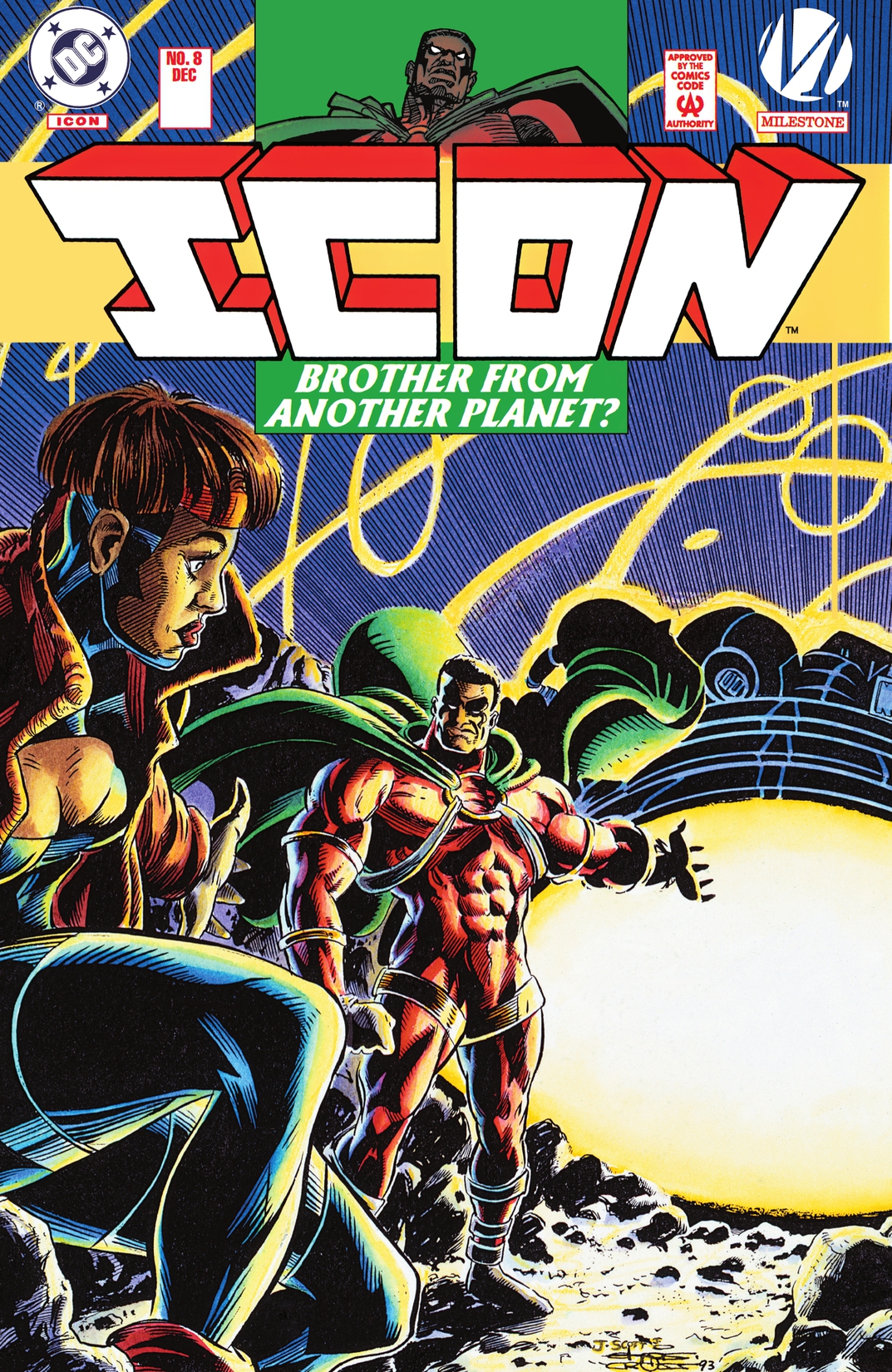 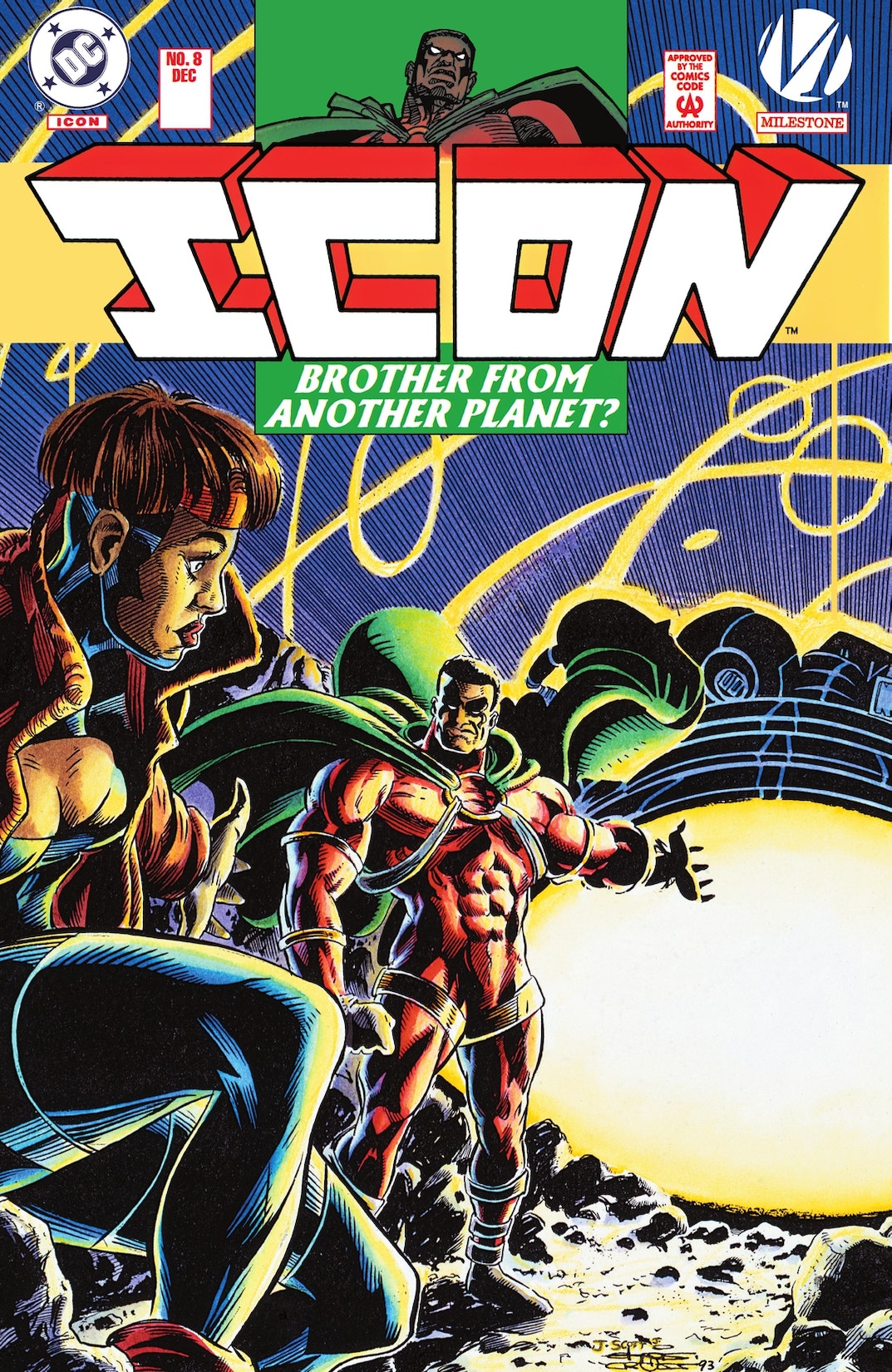 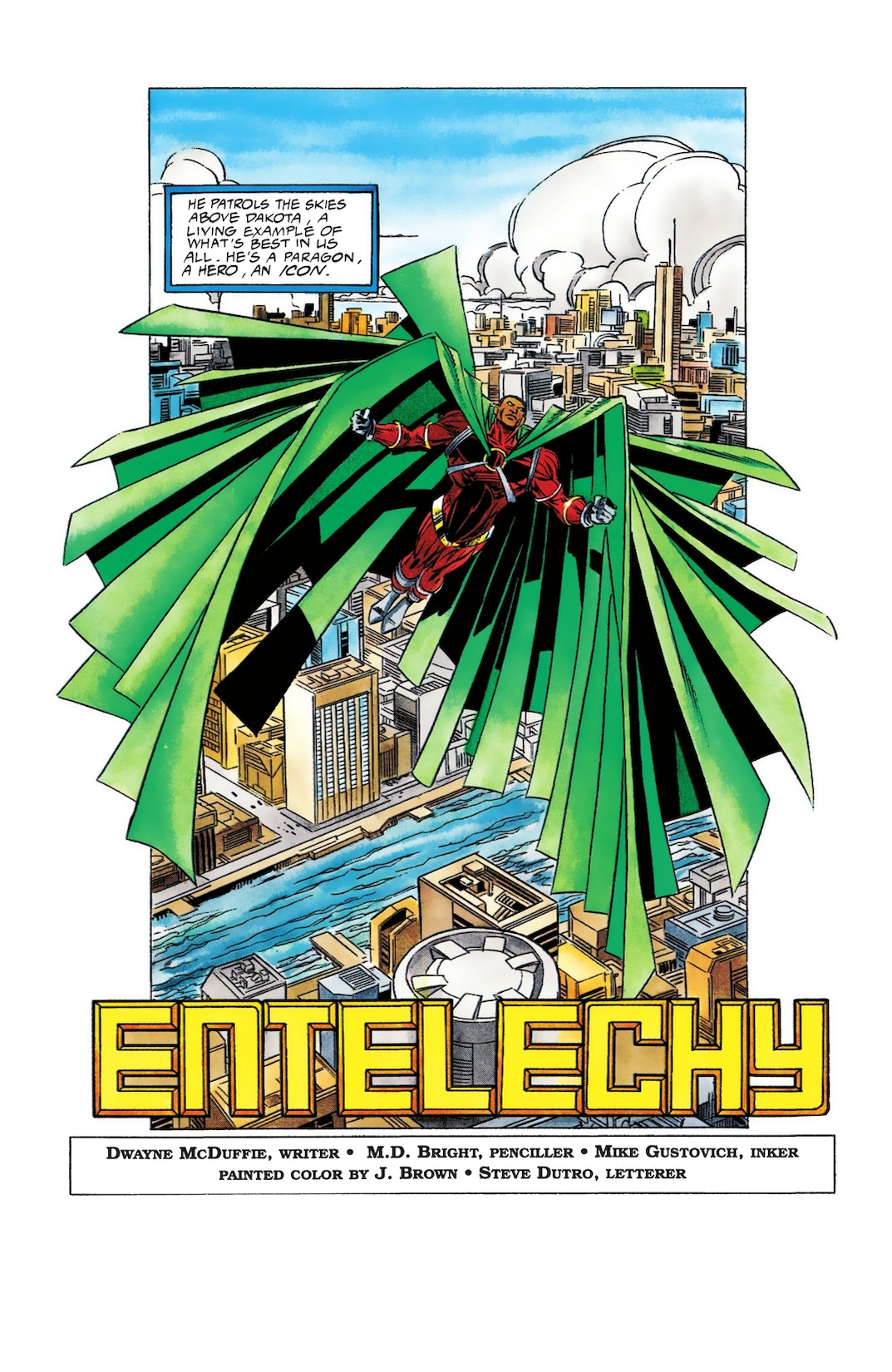 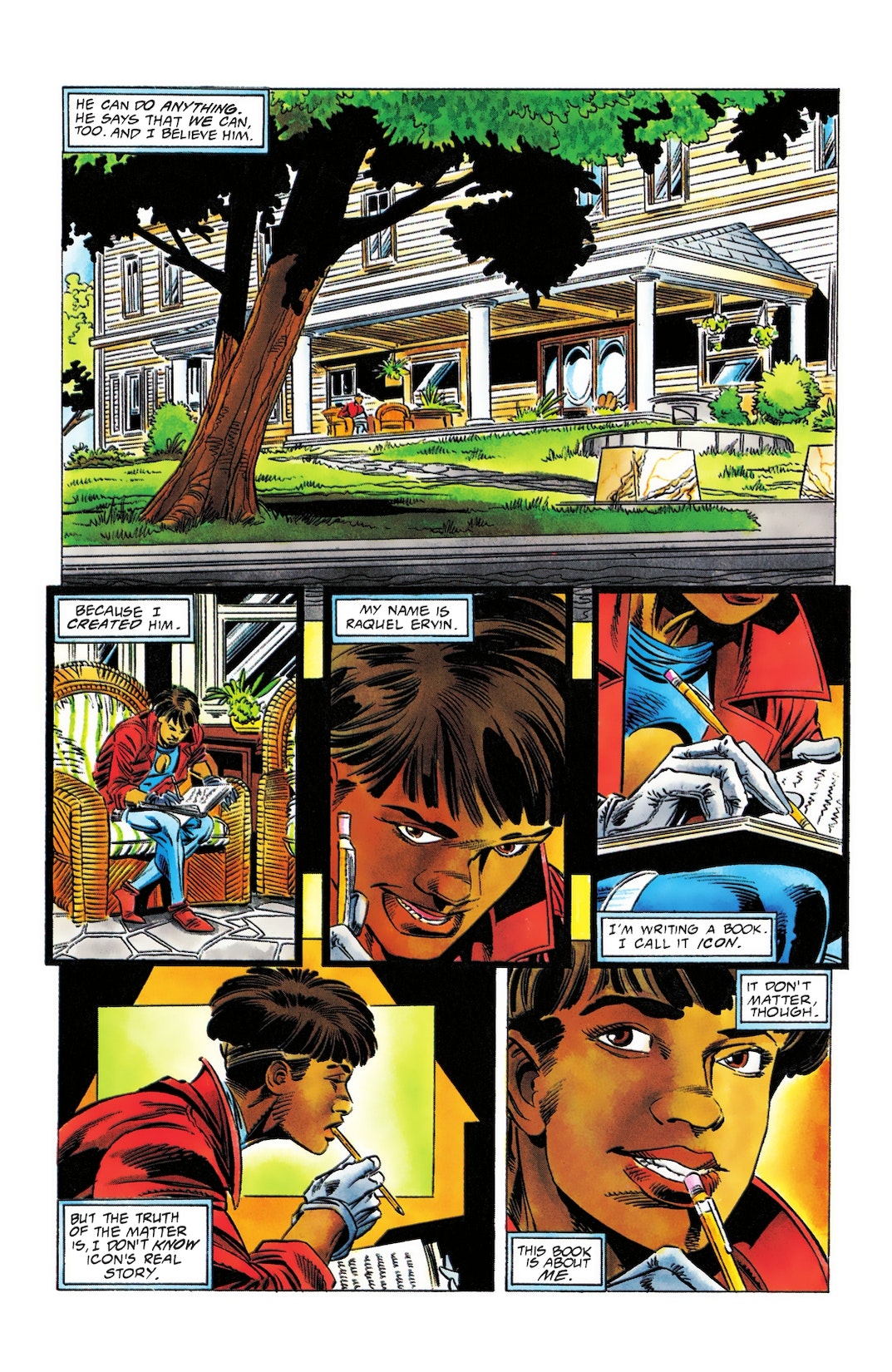 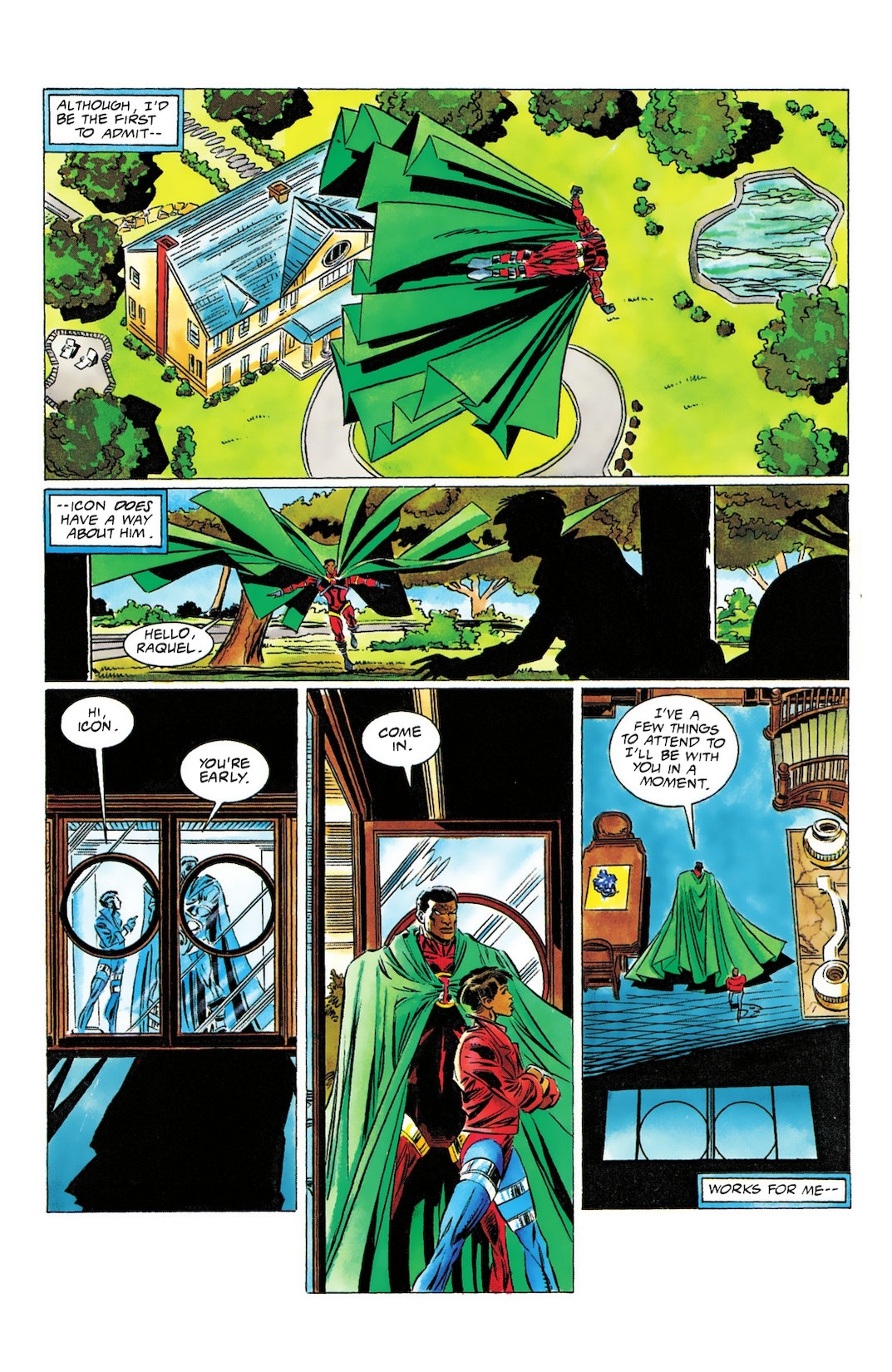 Icon reveals his alien origins to Rocket, bringing to light the previously unknown secrets of who he is and how he came to Earth. This issue leads into “Shadow War,” the first Milestone crossover event. Written by Dwayne McDuffie, with art by M.D. Bright and Mike Gustovich. Cover by Bright.