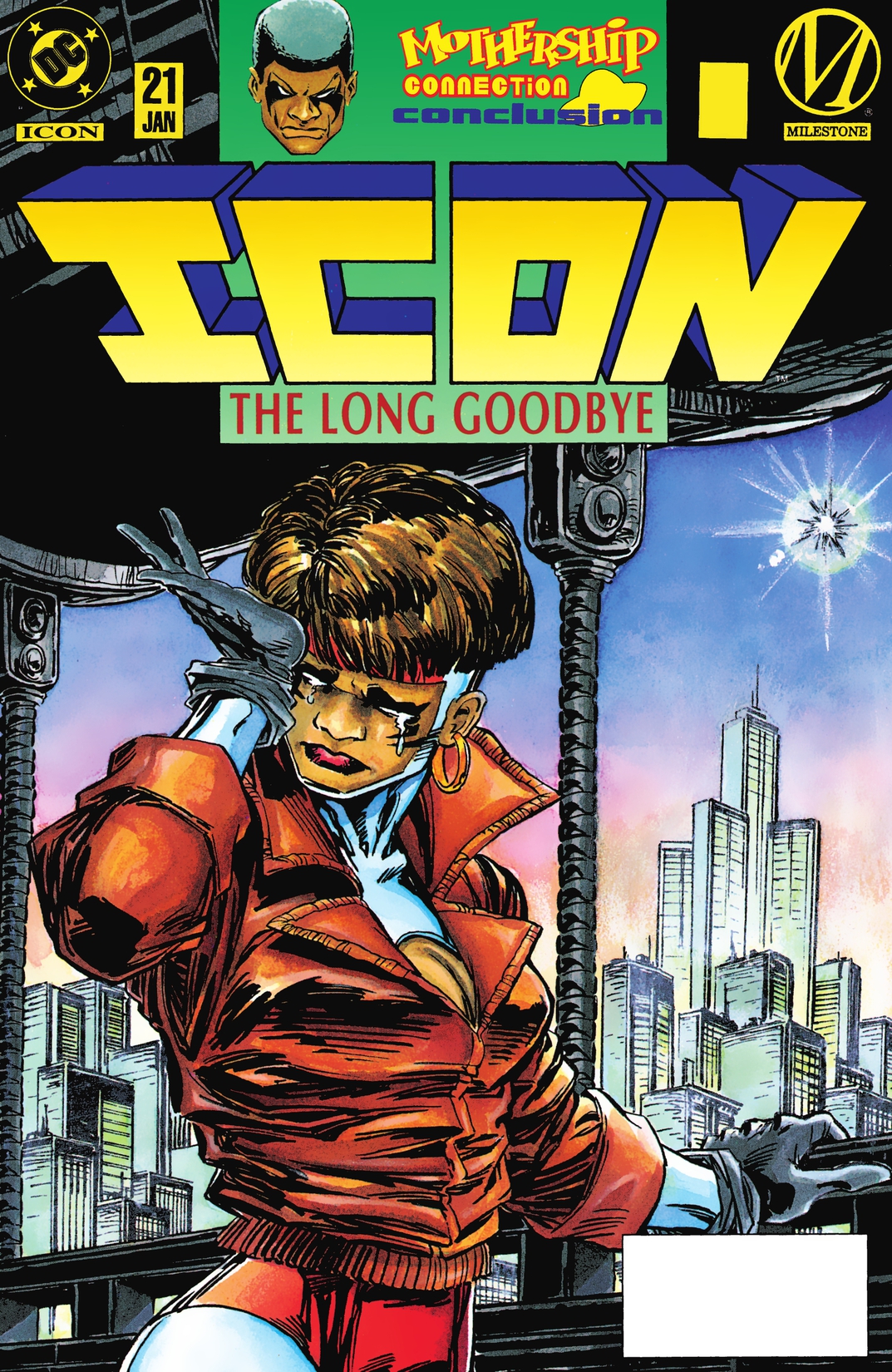 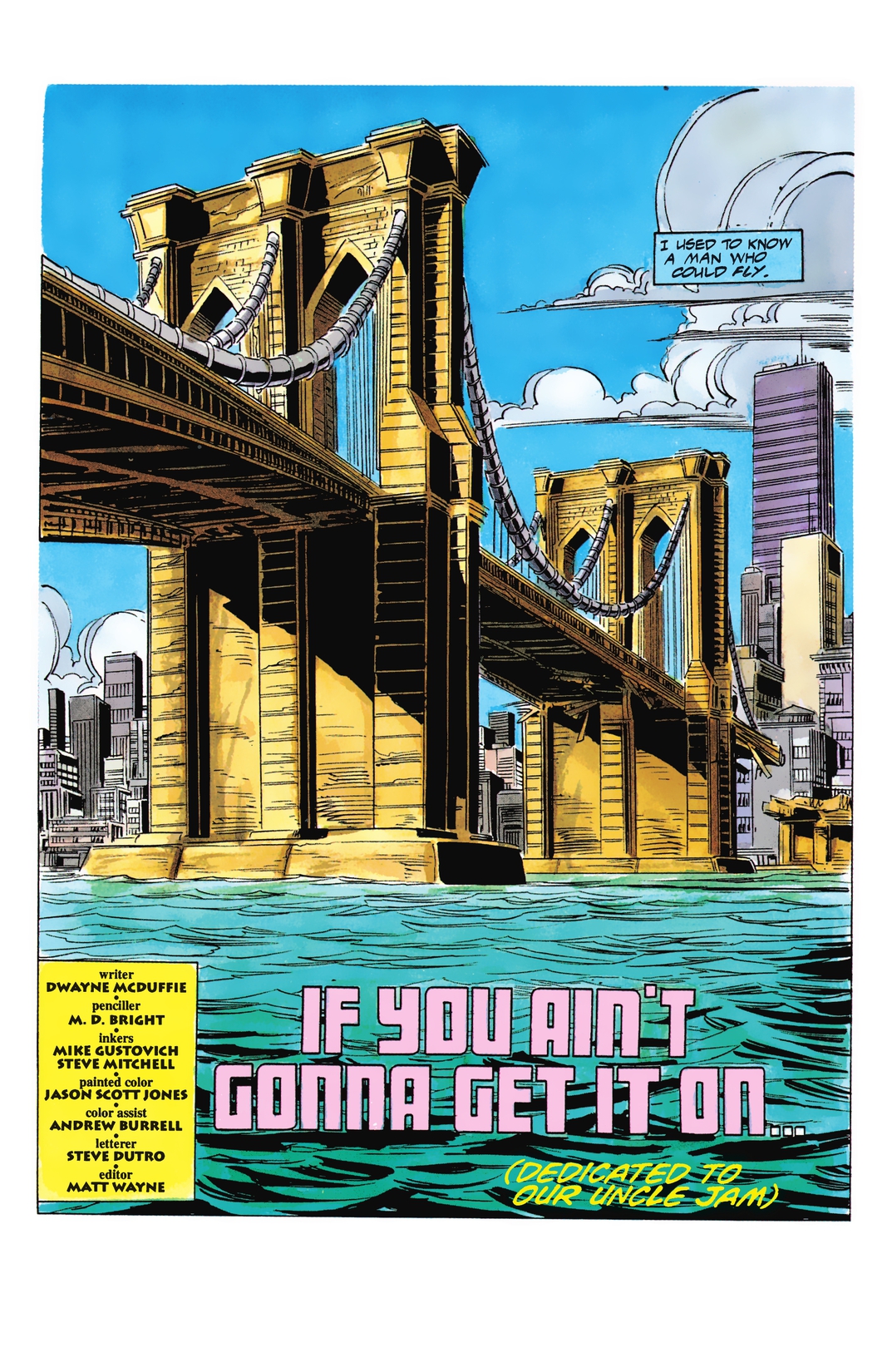 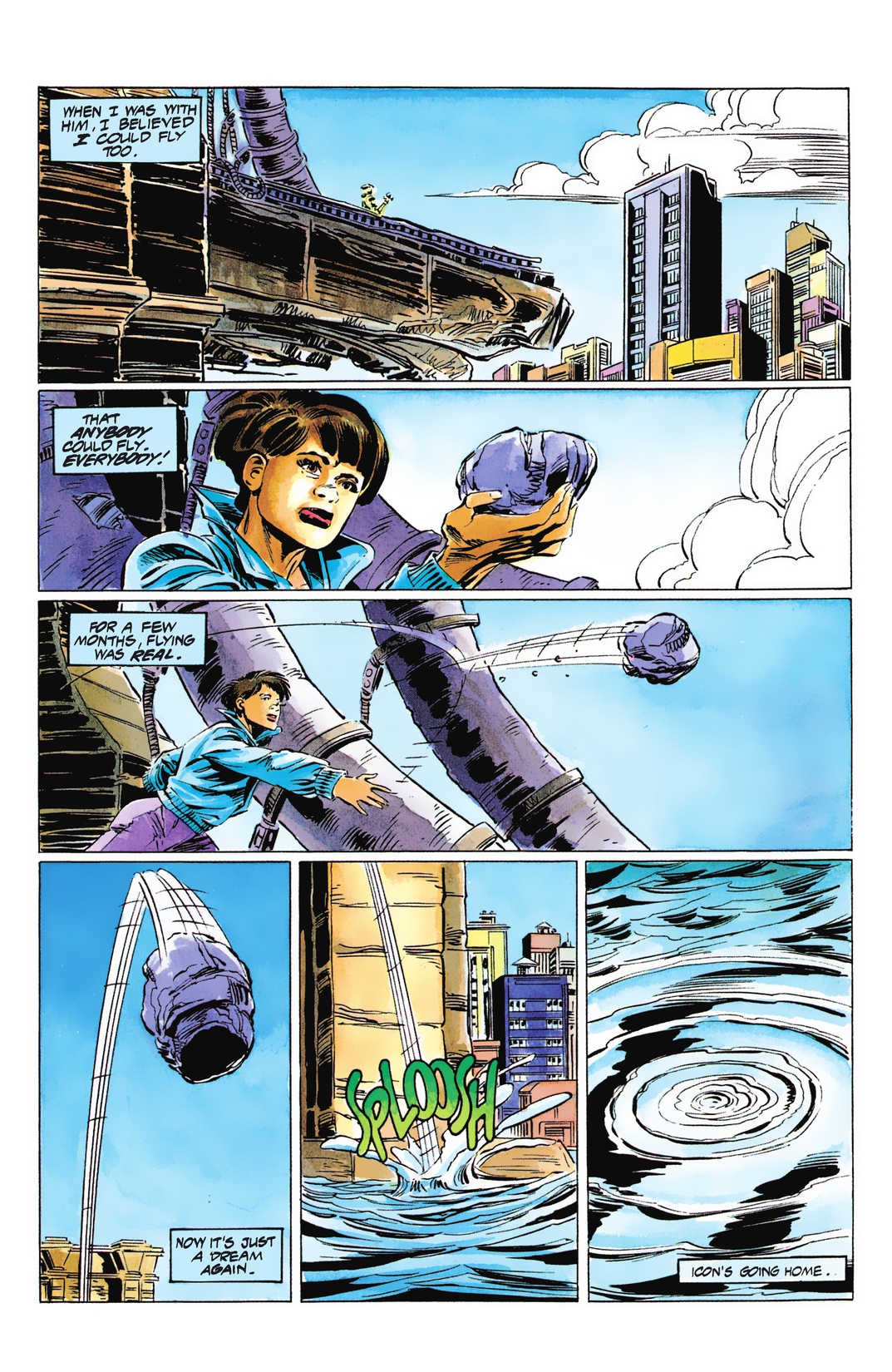 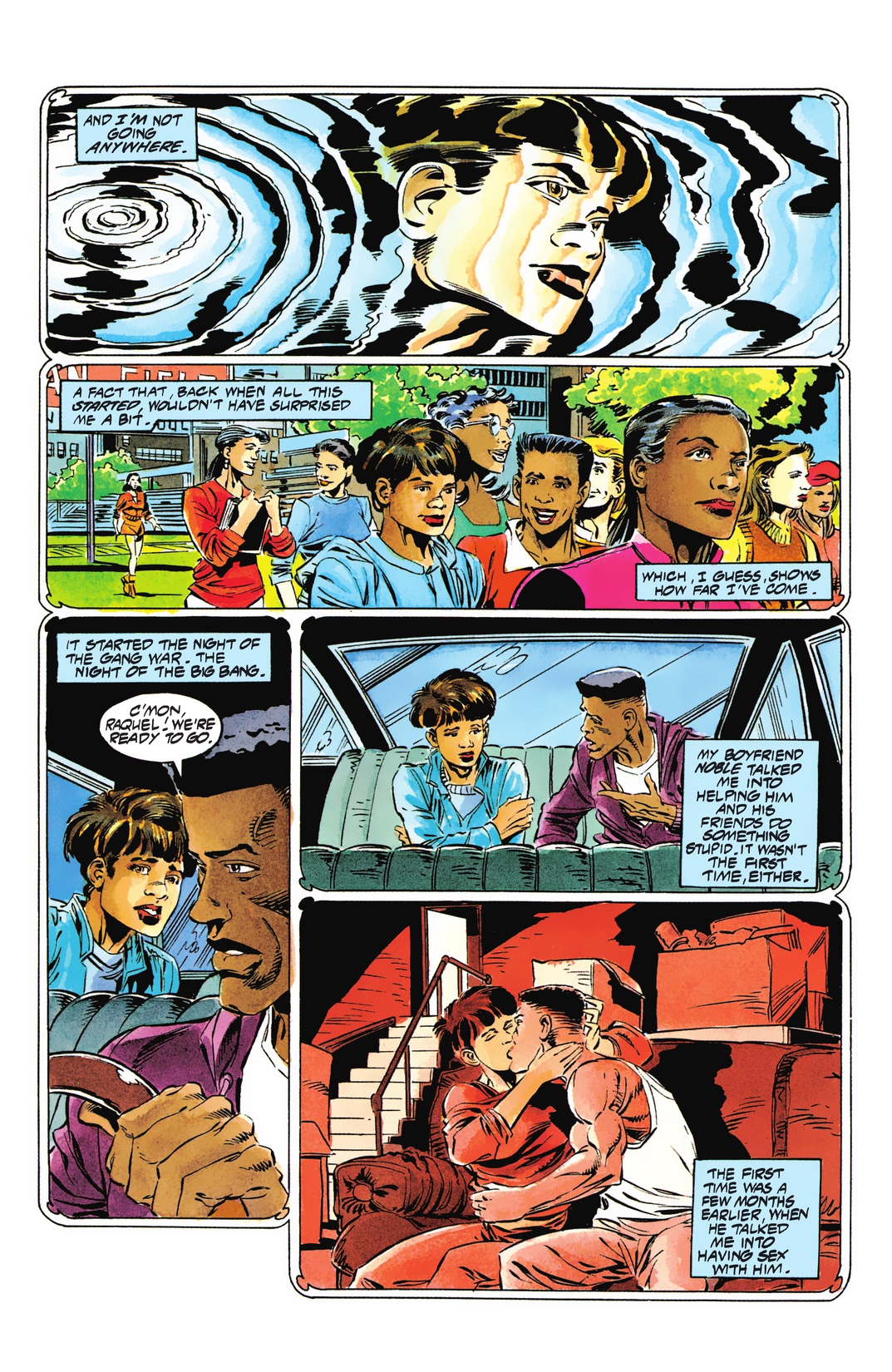 Hardware makes a guest appearance as Rocket struggles to deal with Icon’s imminent departure, while DMZ decides whether or not to join him on his return journey home. Written by Dwayne McDuffie, with art by M.D. Bright and Mike Gustovich. Cover by Bright.