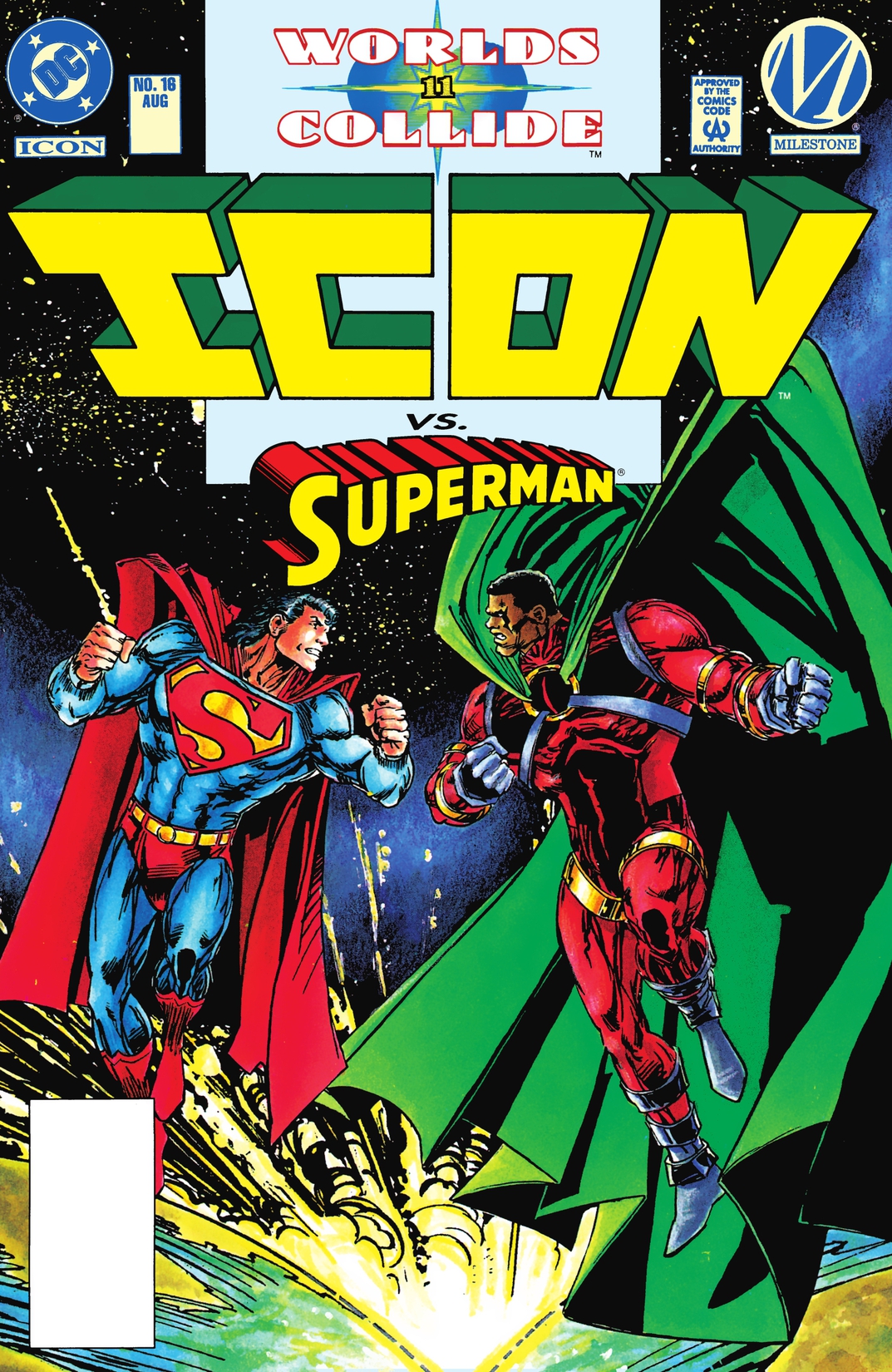 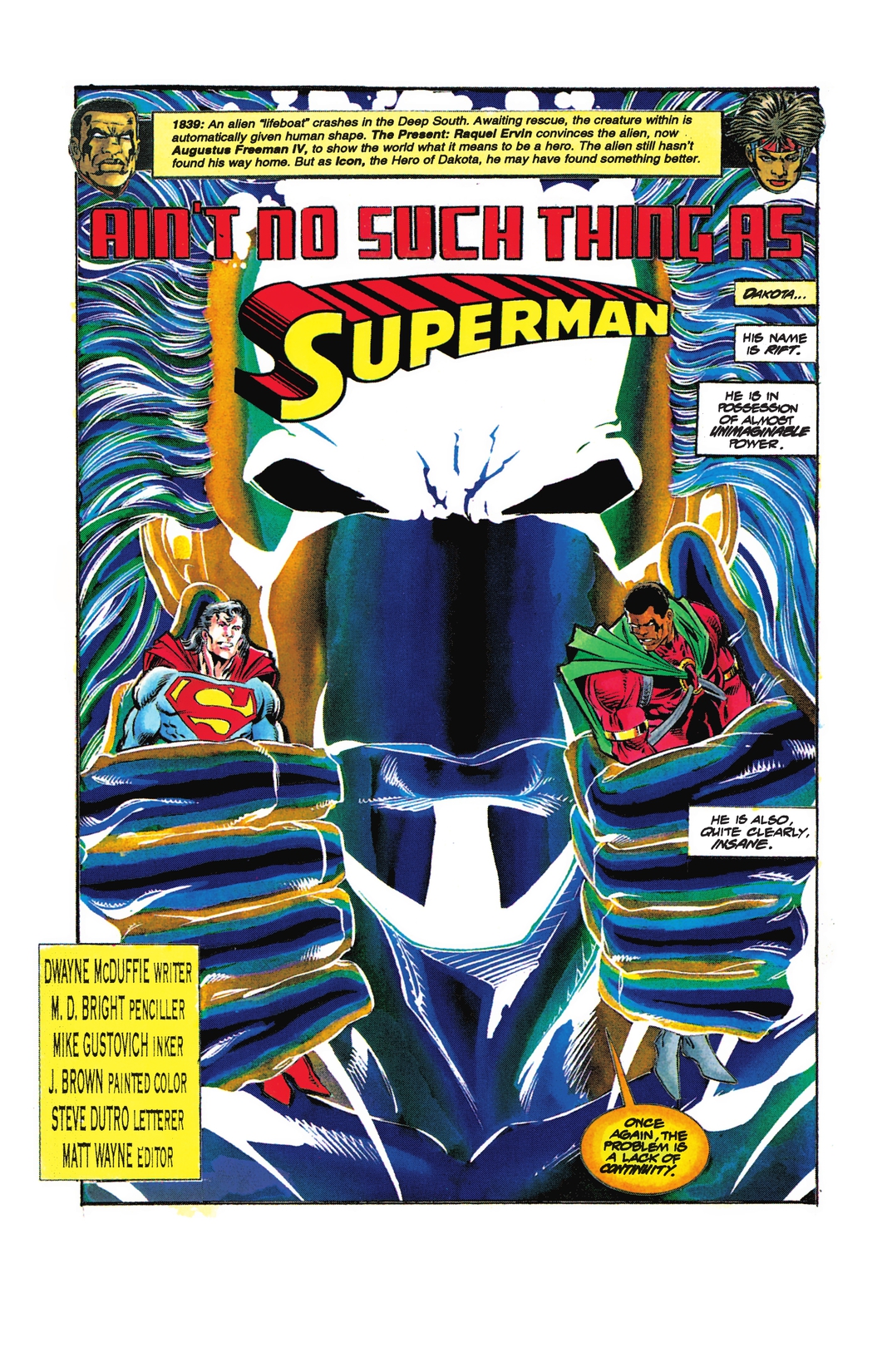 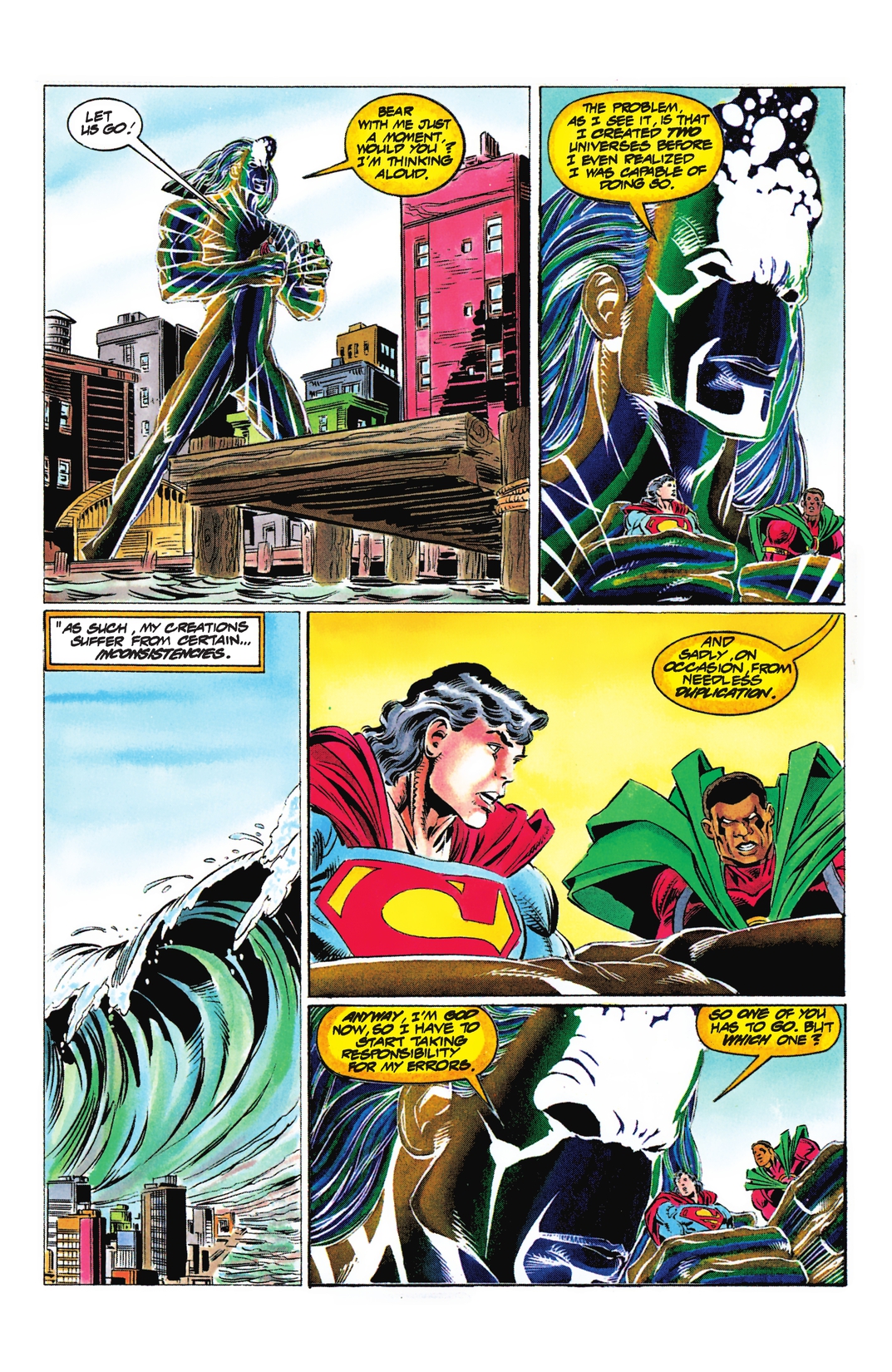 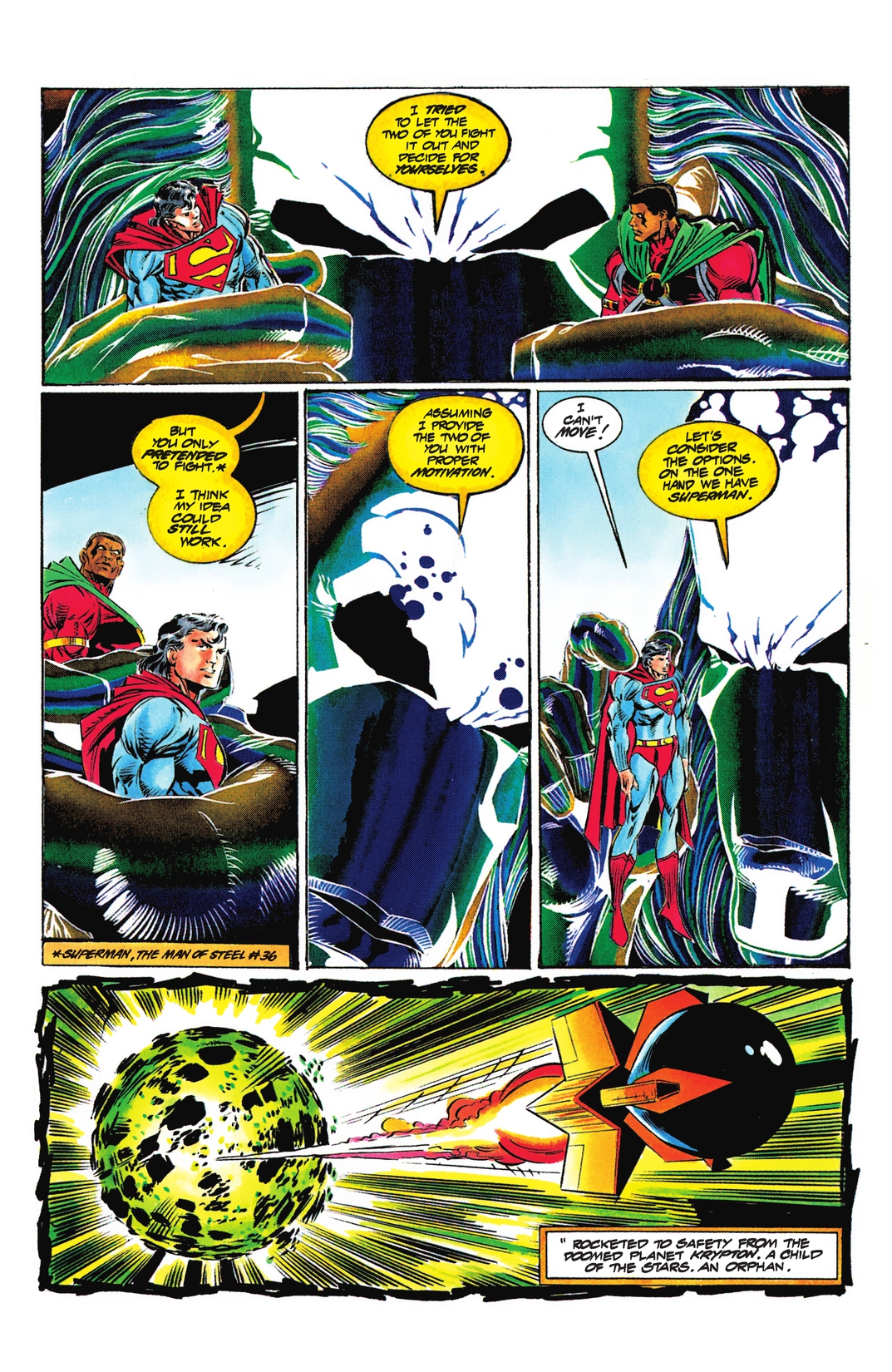 Part 11 of “Worlds Collide,” the 14-part DC/Milestone crossover event, continued from Superman: The Man of Steel #36. Superman and Icon battle each other over the newly merged bridge that joins Dakota and Metropolis while Rift waits in the wings to take on the winner. Continued in Steel #7. Written by Dwayne McDuffie, with art by M.D. Bright and Mike Gustovich. Cover by Bright.