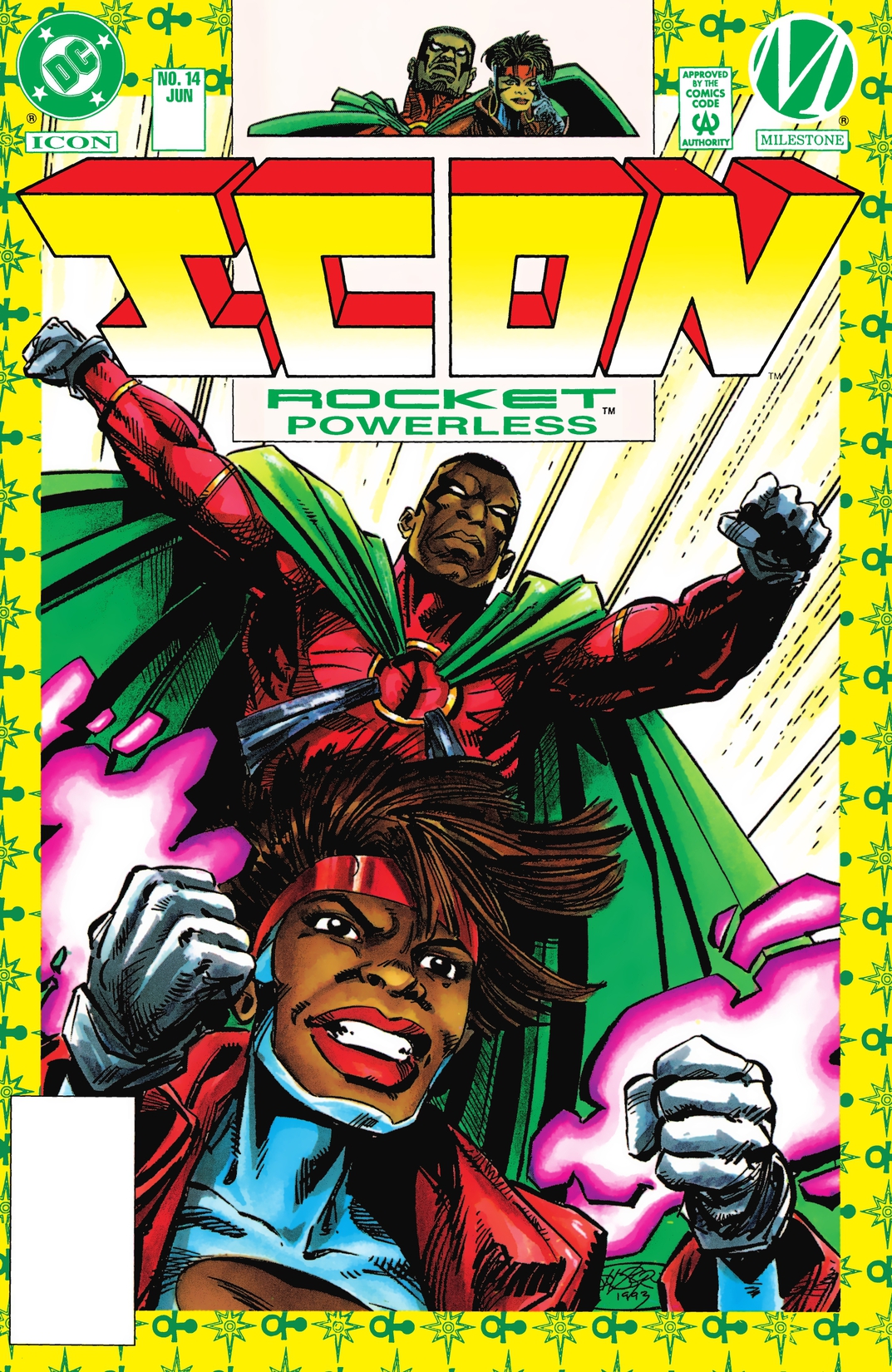 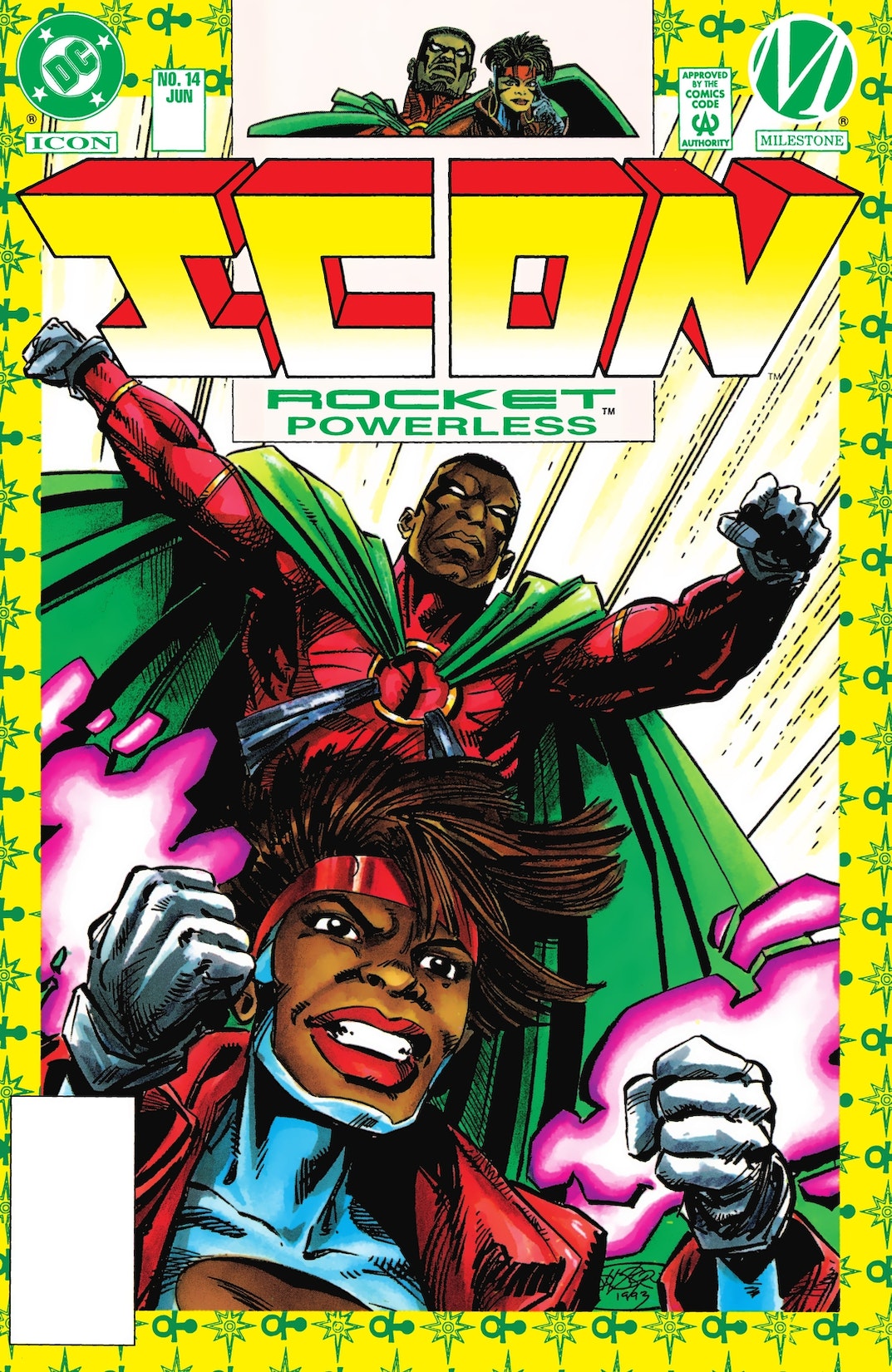 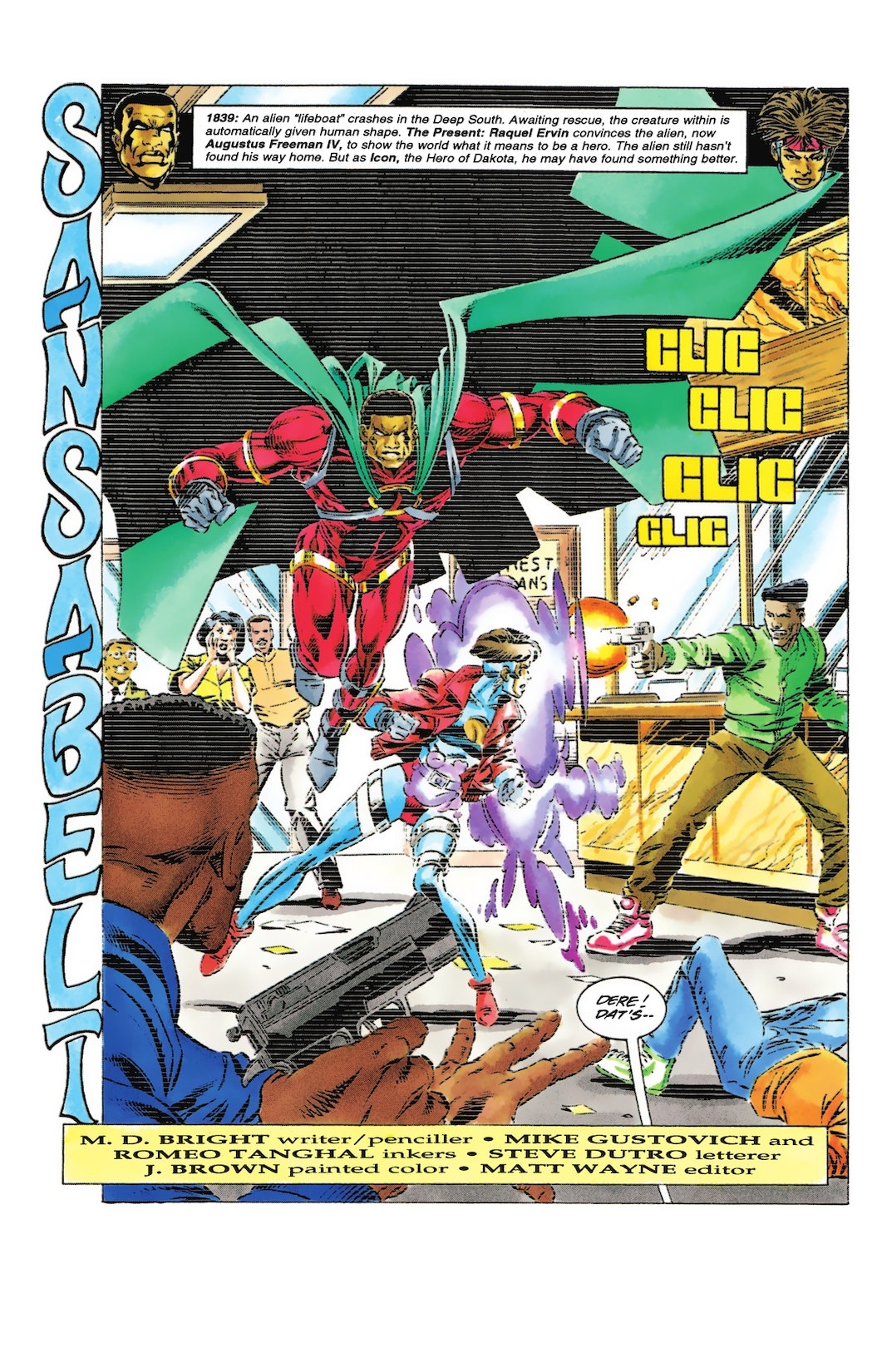 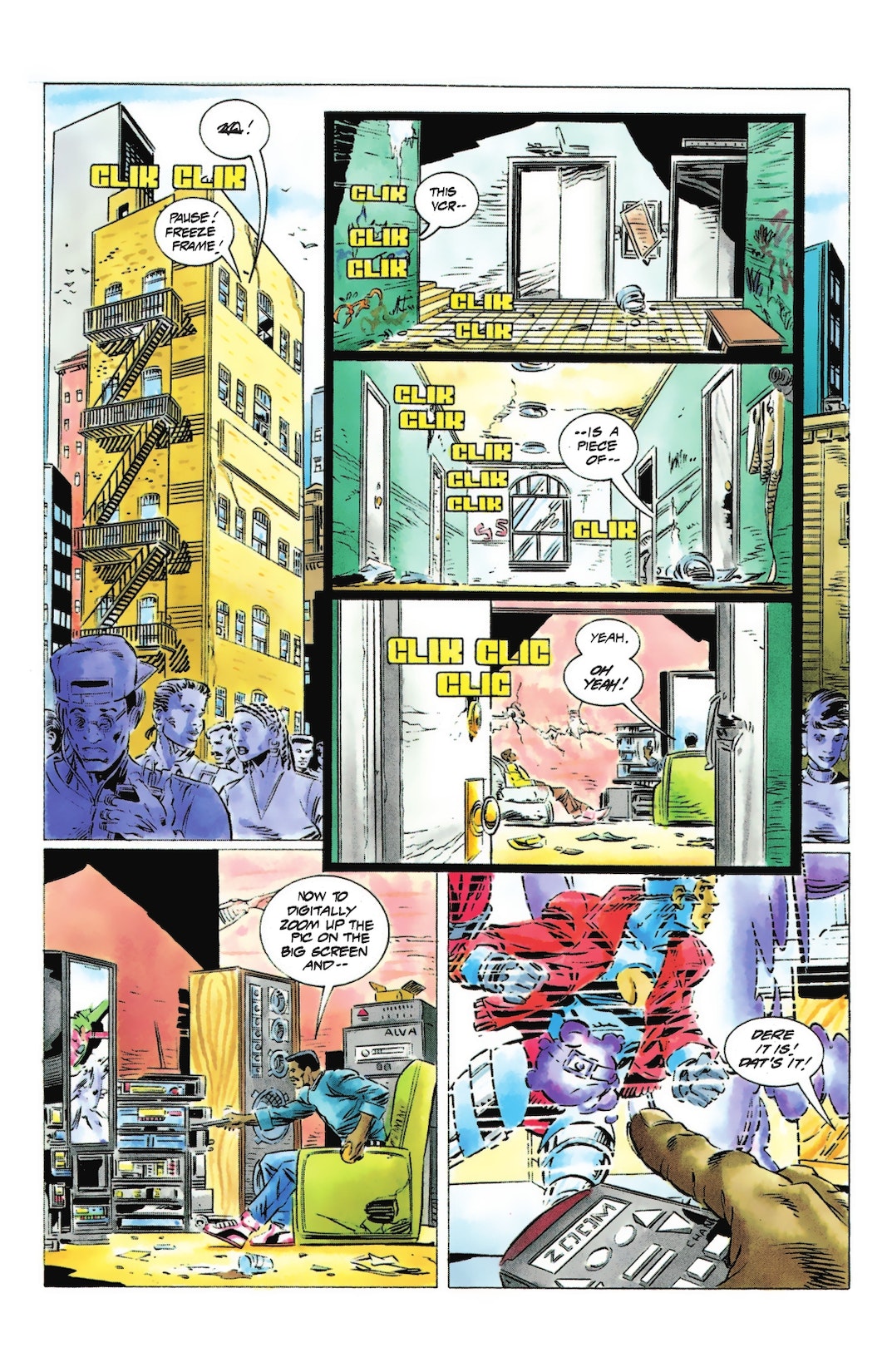 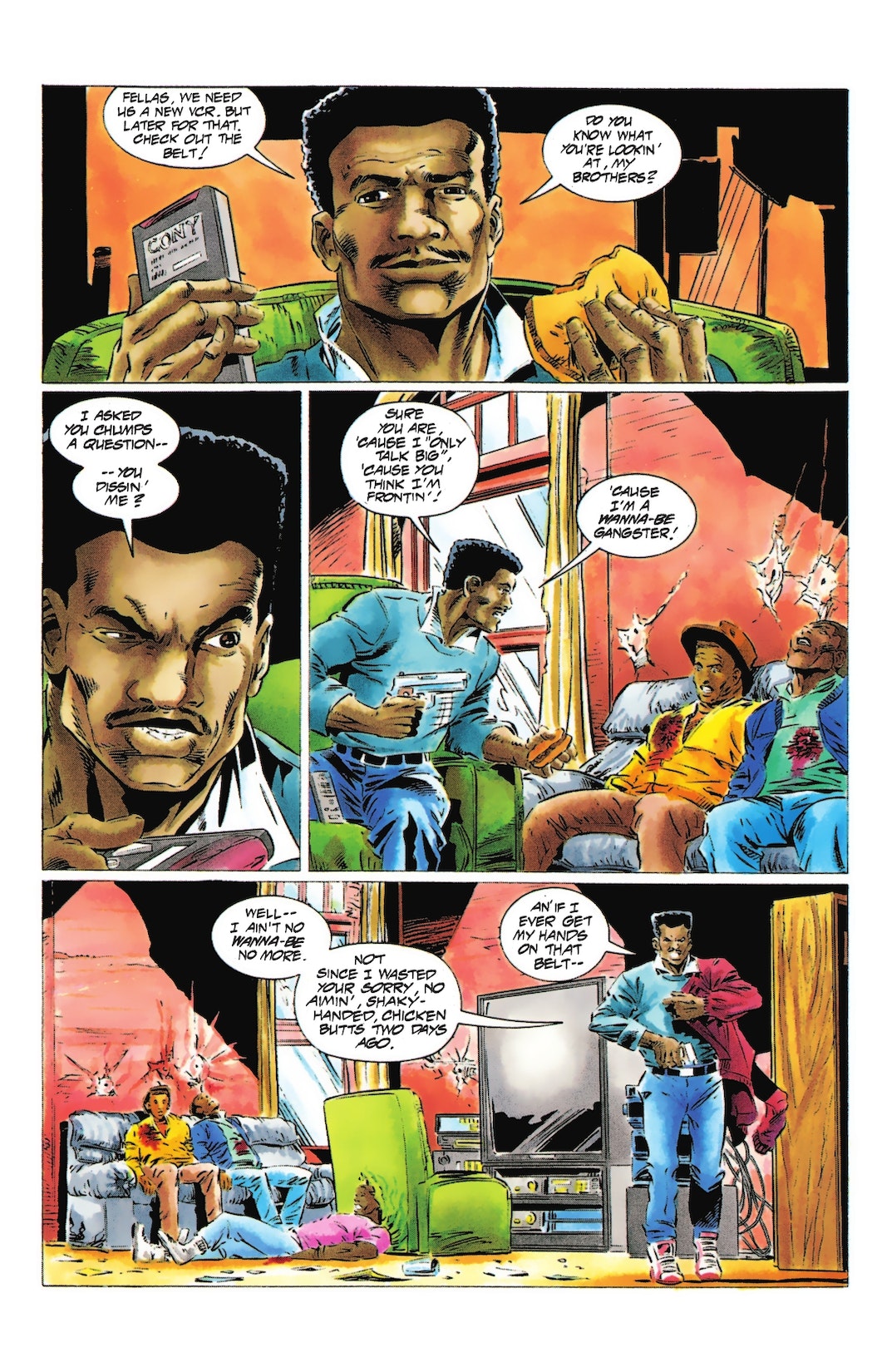 Rocket's crime-fighting career could be over after her belt buckle-the source of her powers-is stolen, leaving Icon to stop the thief's violent rampage. Written and penciled by M.D. Bright and inked by Mike Gustovich. Cover by John Byrne.