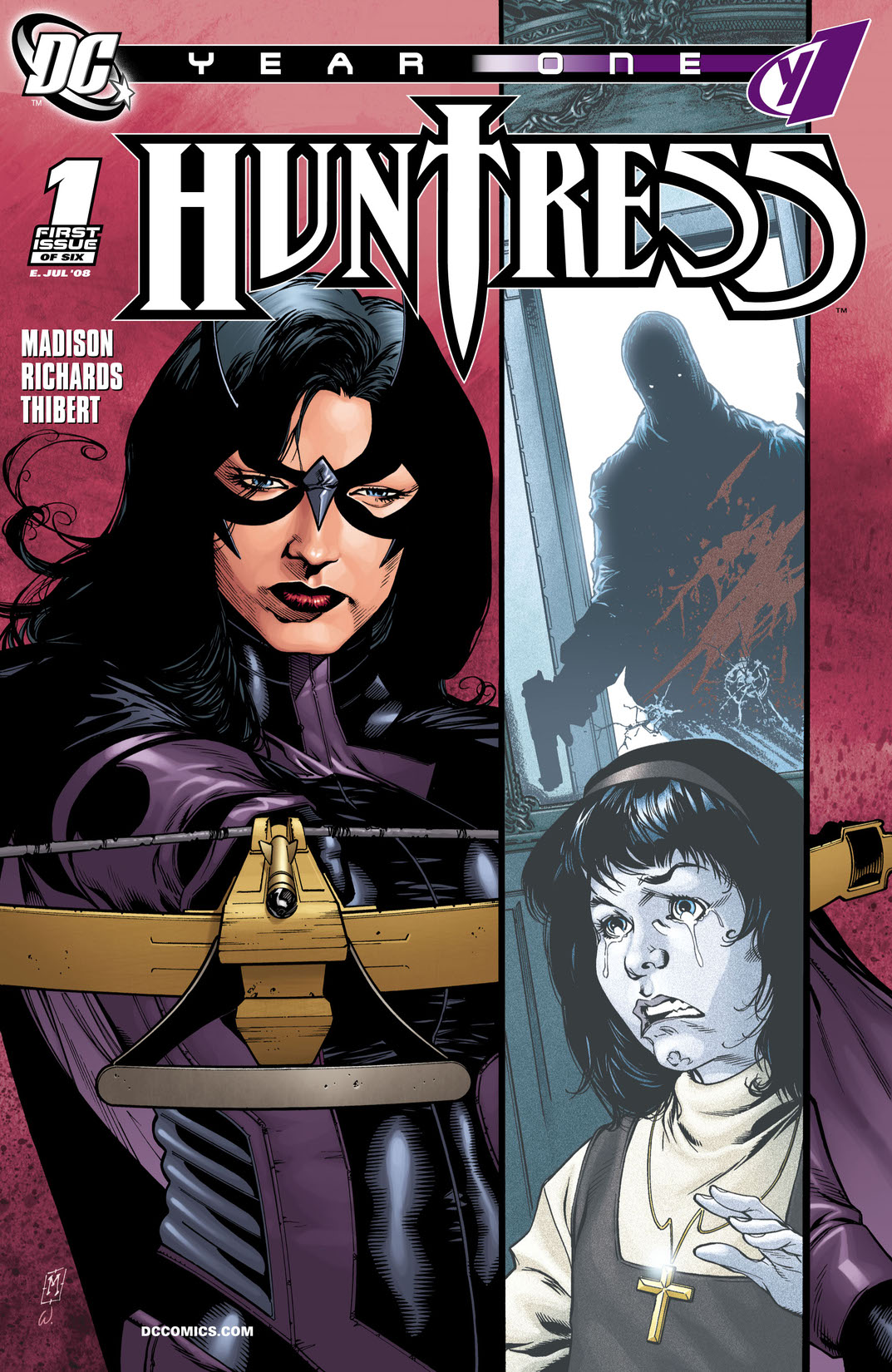 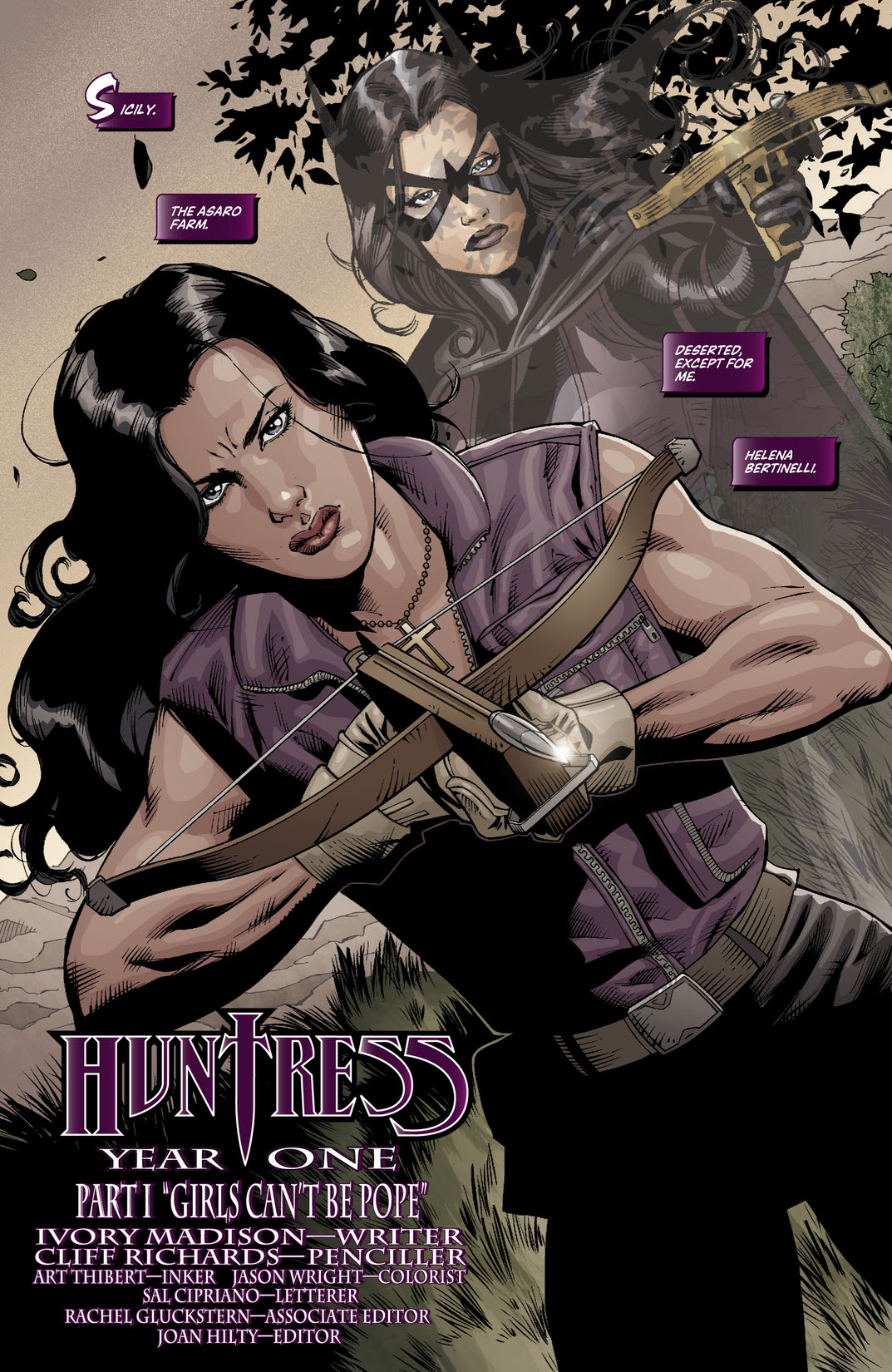 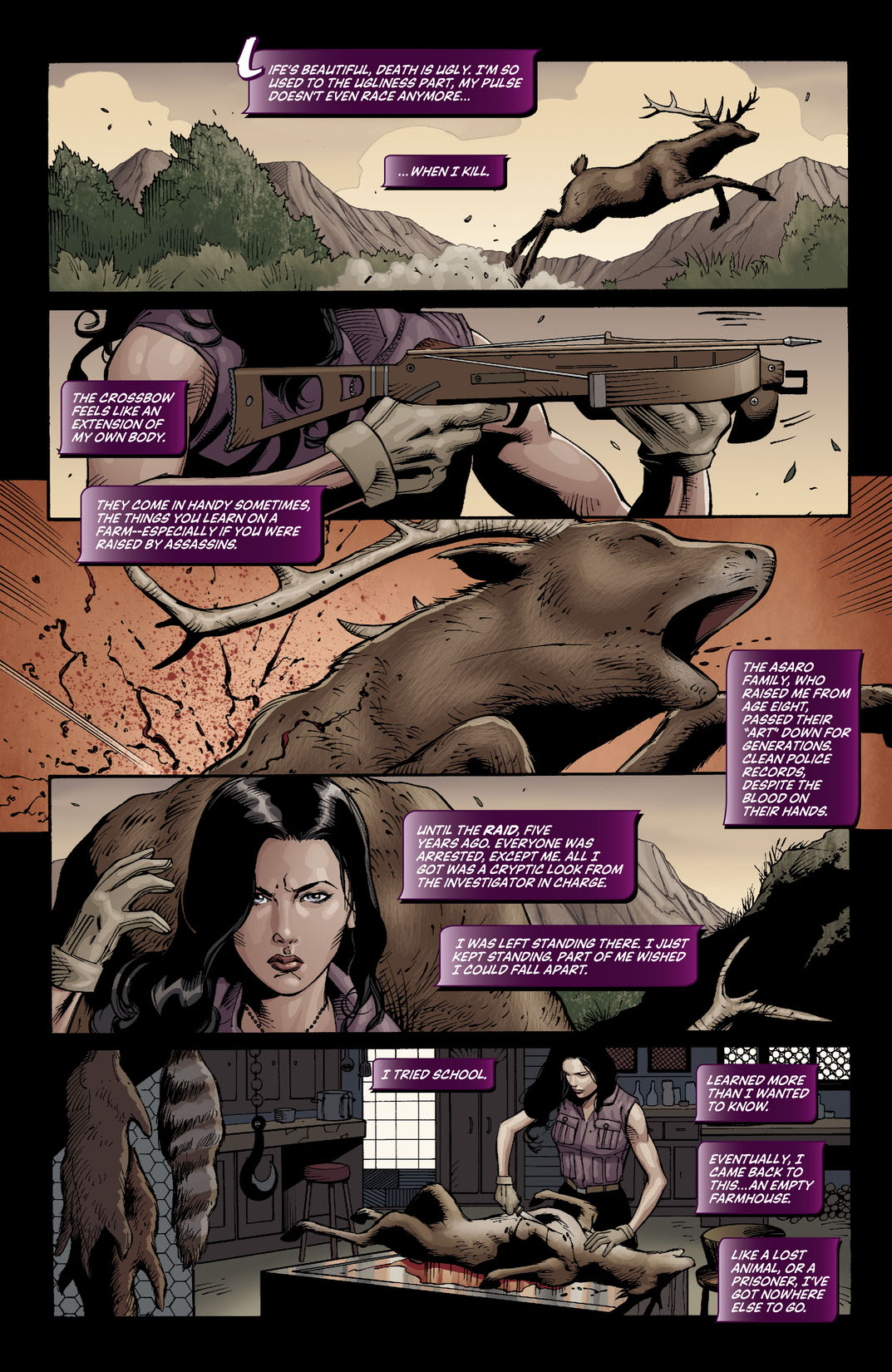 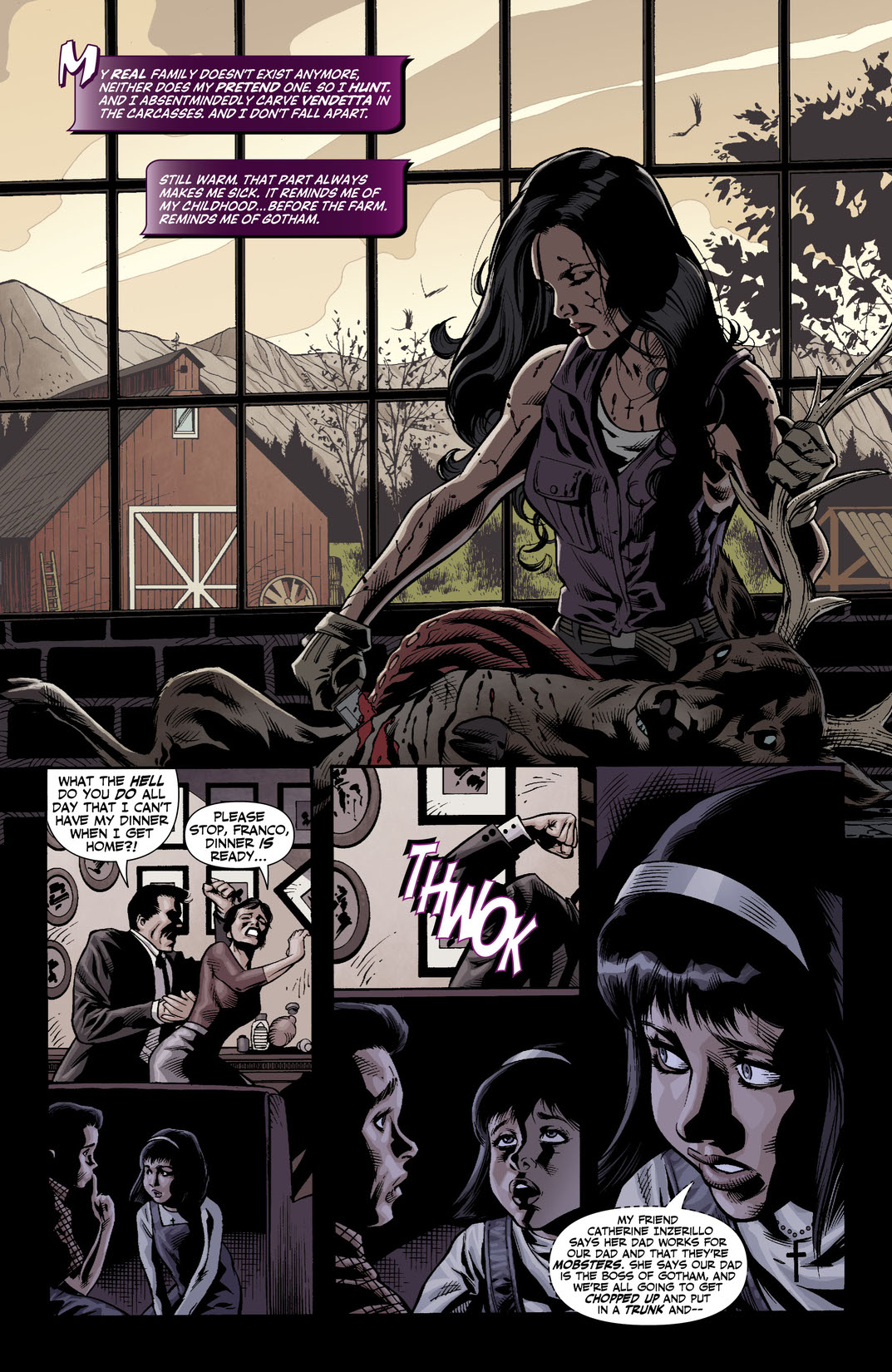 As the last survivor of a family eliminated by bloody rivalries among the mobs of Gotham, young Helena Bertinelli was sent overseas for her own safety—but began a quest for vengeance instead. Prepare for a continent-spanning story that reveals one woman's journey from hunted to Huntress!