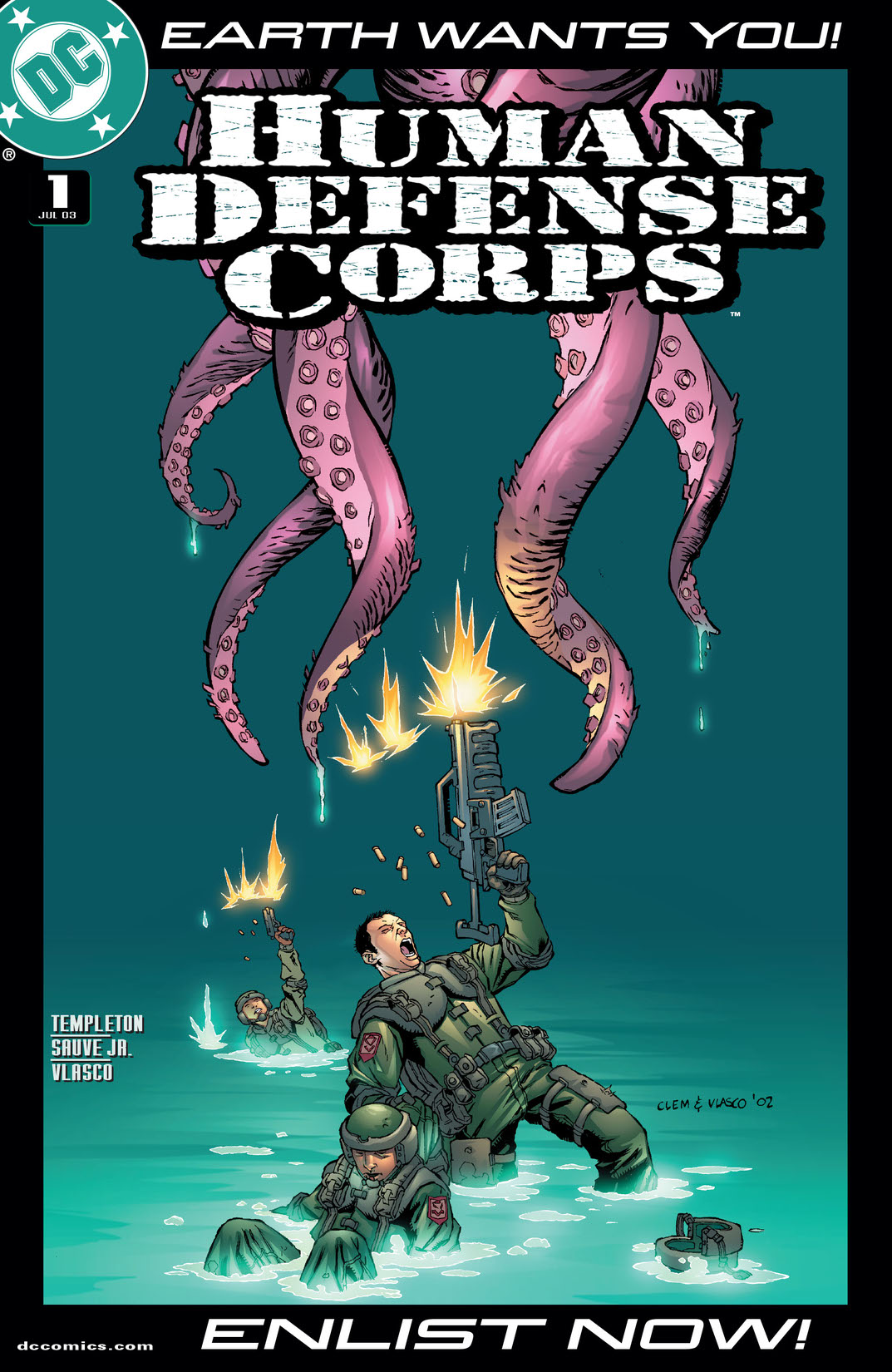 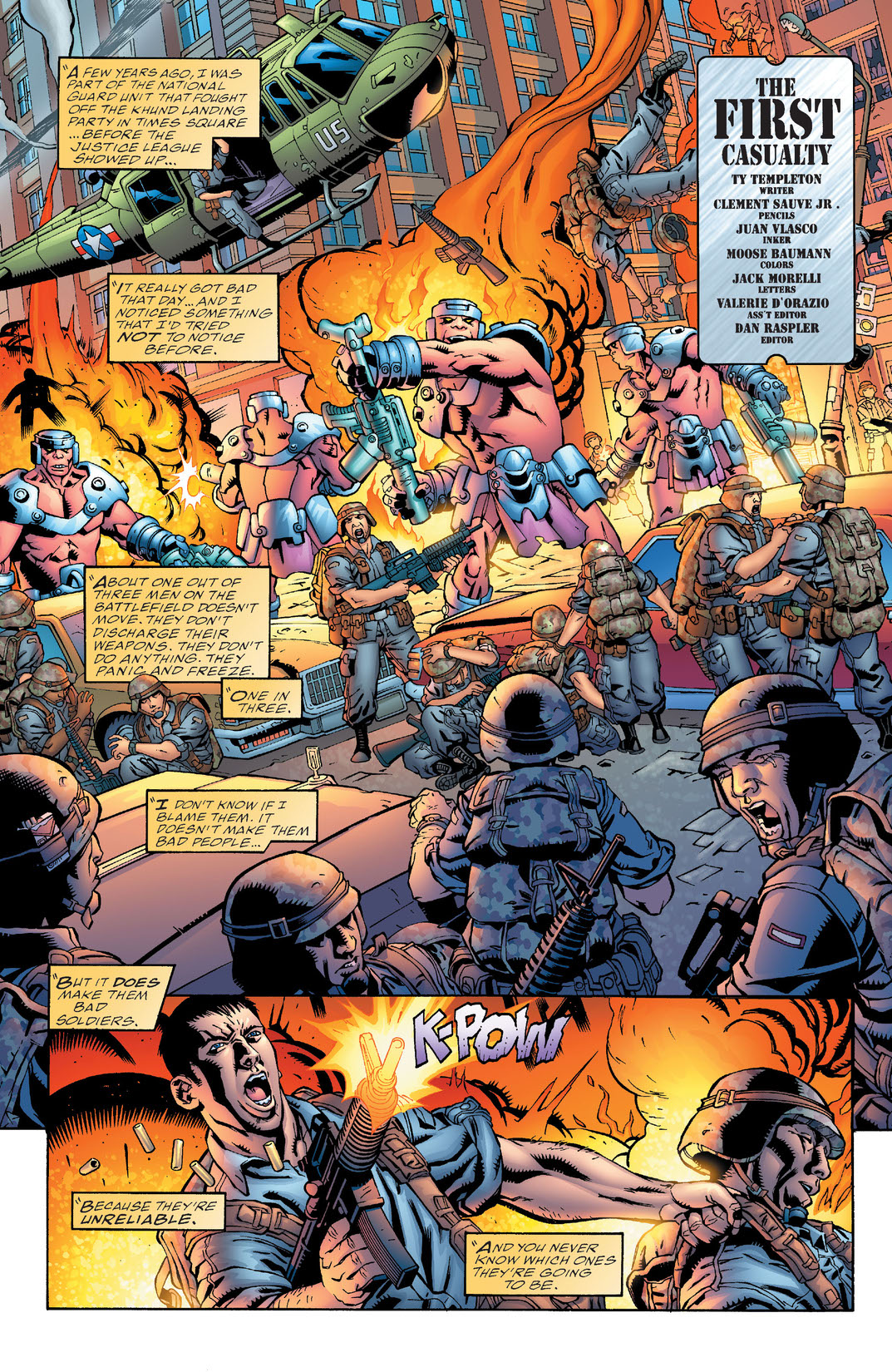 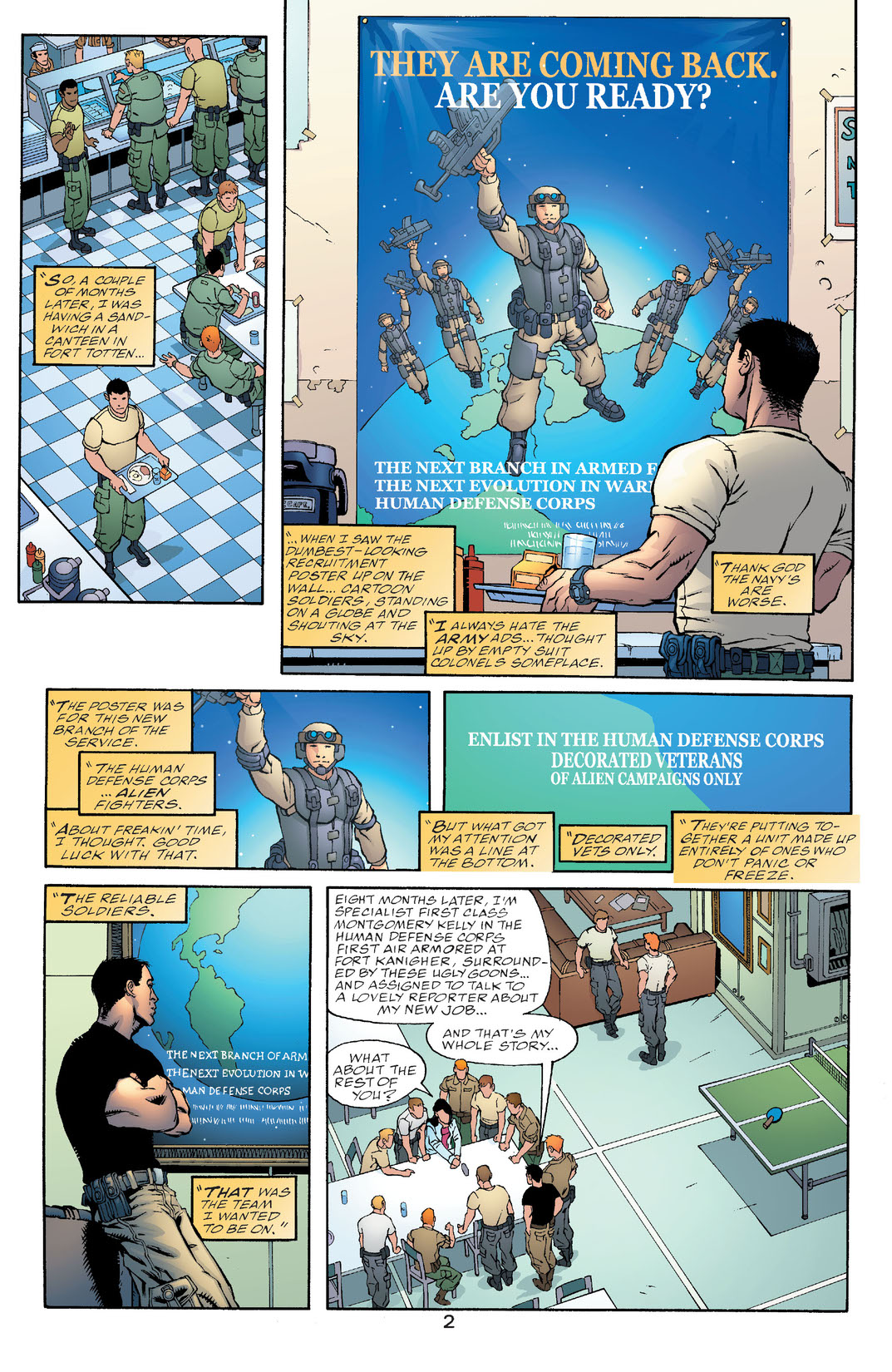 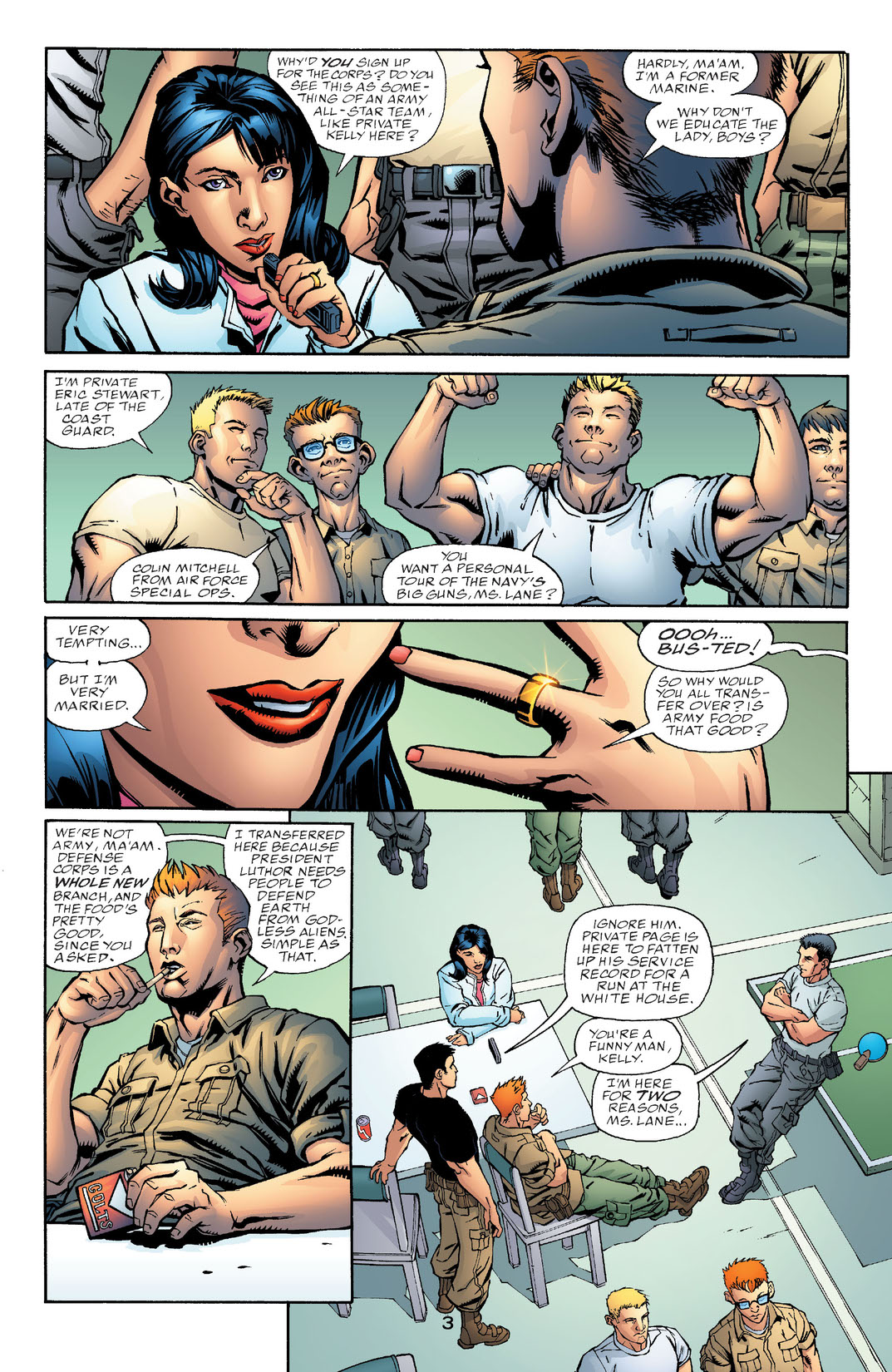 Who defends the Earth when the JLA isn’t around? The sixth branch of the U.S. armed forces: the Human Defense Corps! The Corps is a standing force of 10,000 highly trained soldiers equipped with the most cutting-edge weaponry available. The series follows a young man on his two-year tour of duty, from boot camp to campaigns on Apokolips, the moon and hell itself!