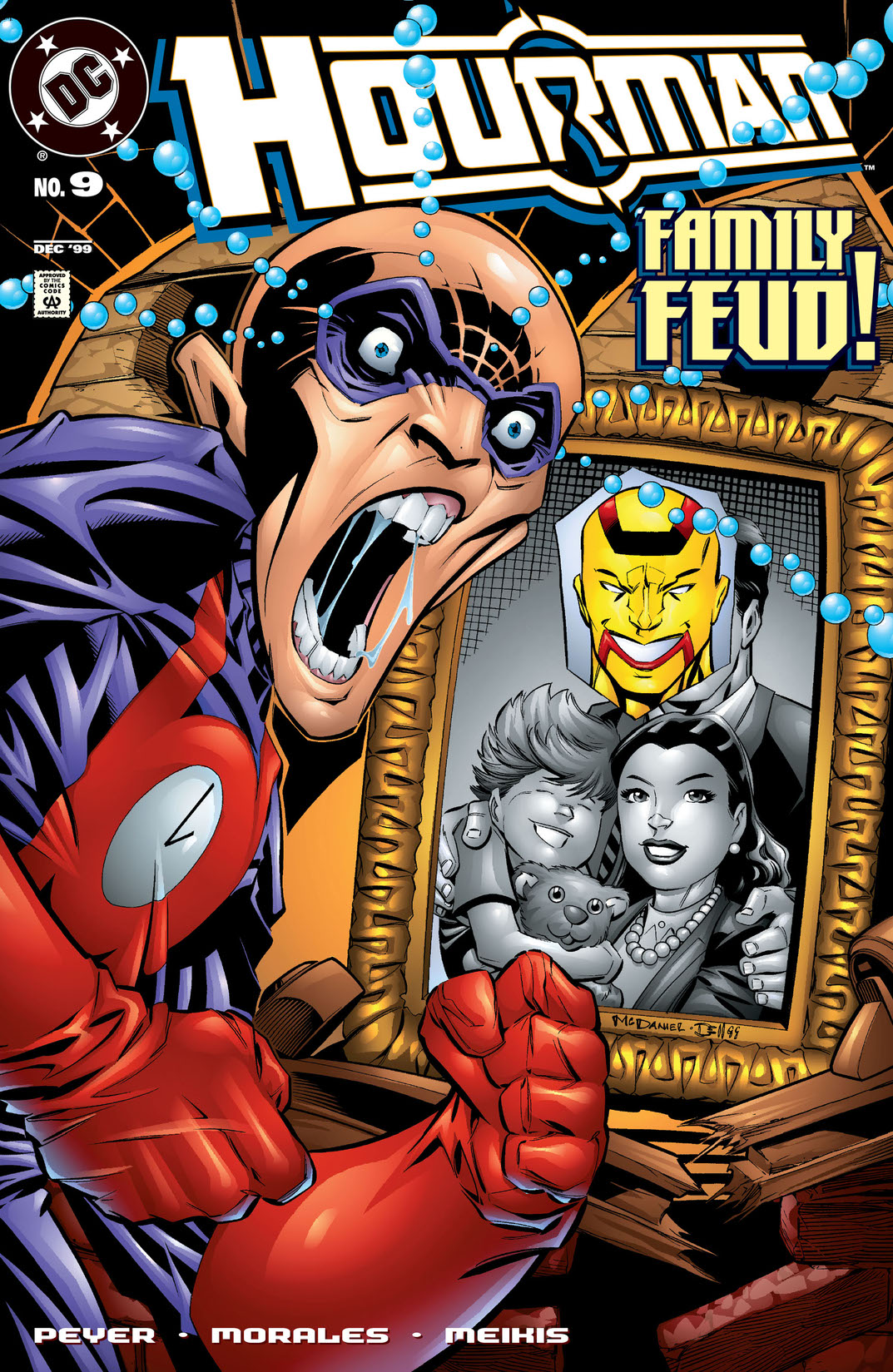 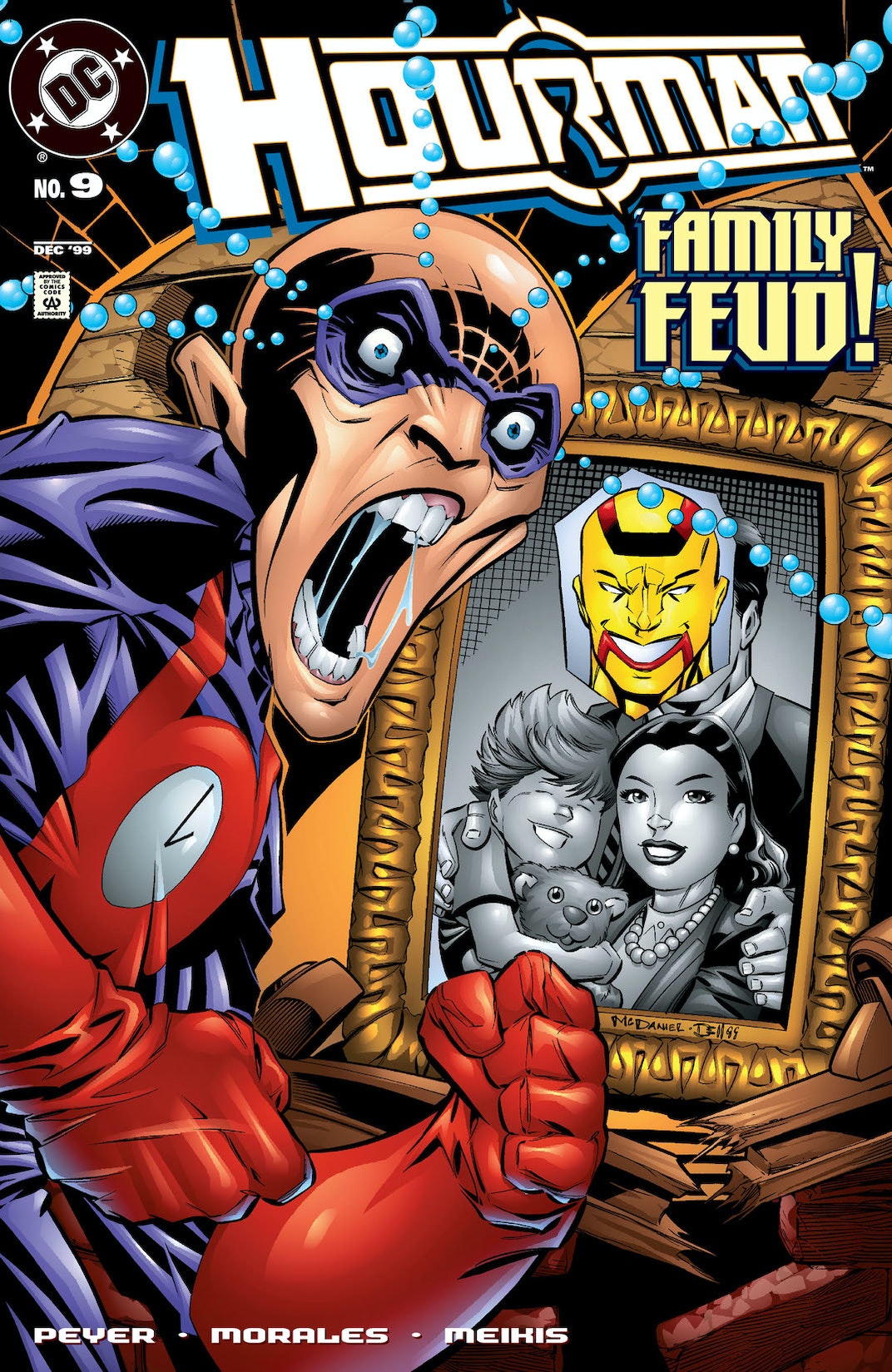 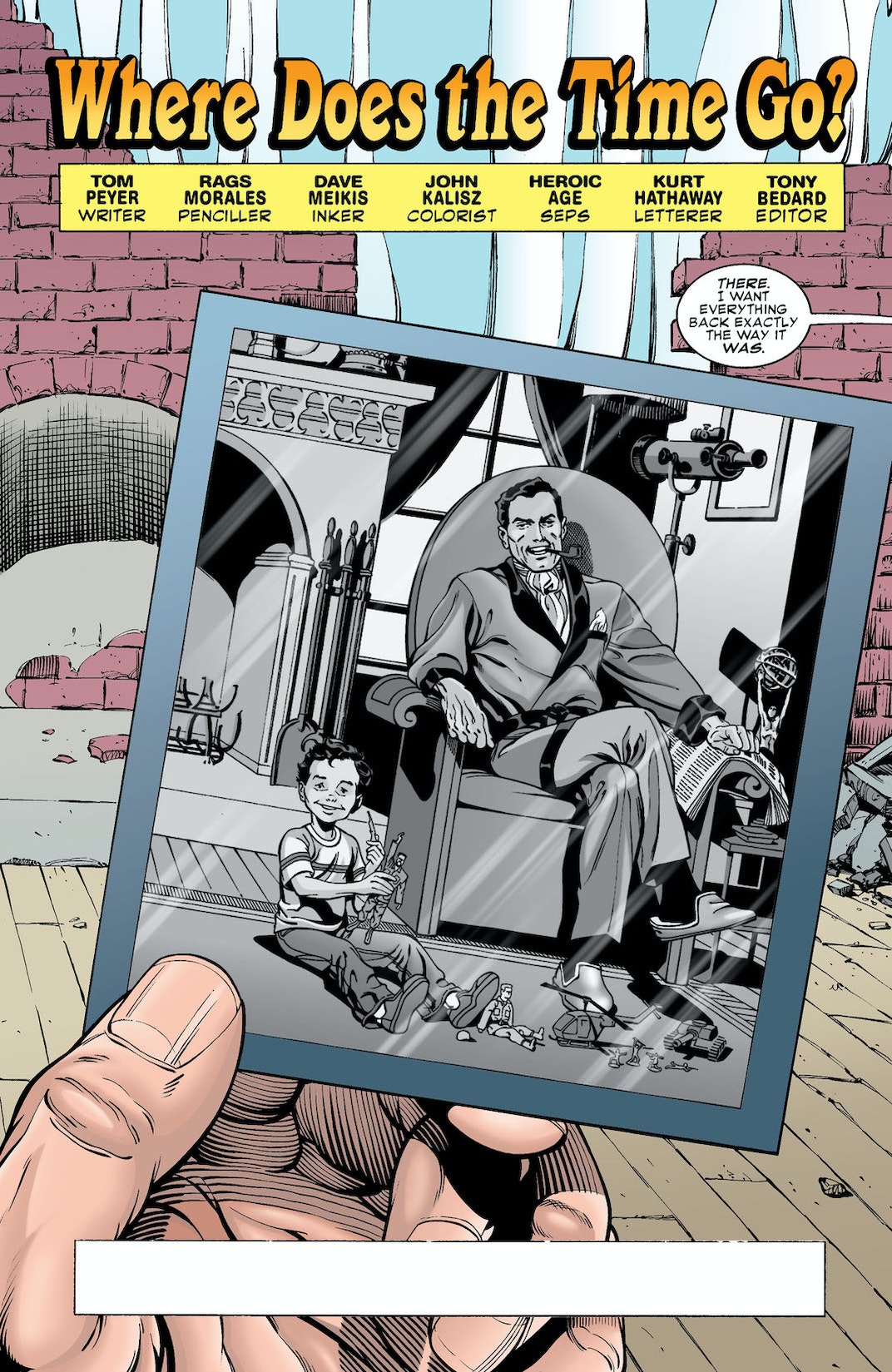 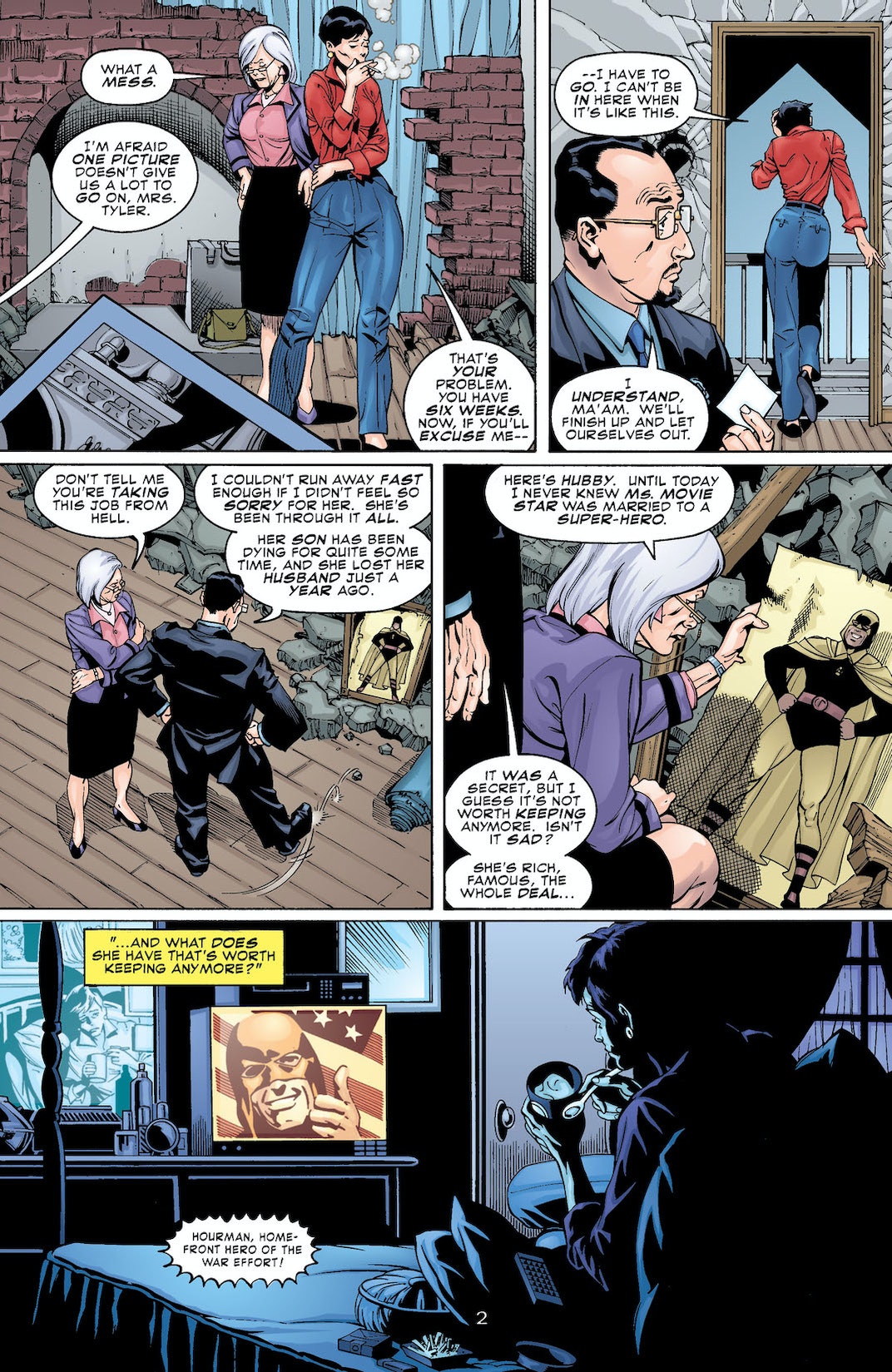 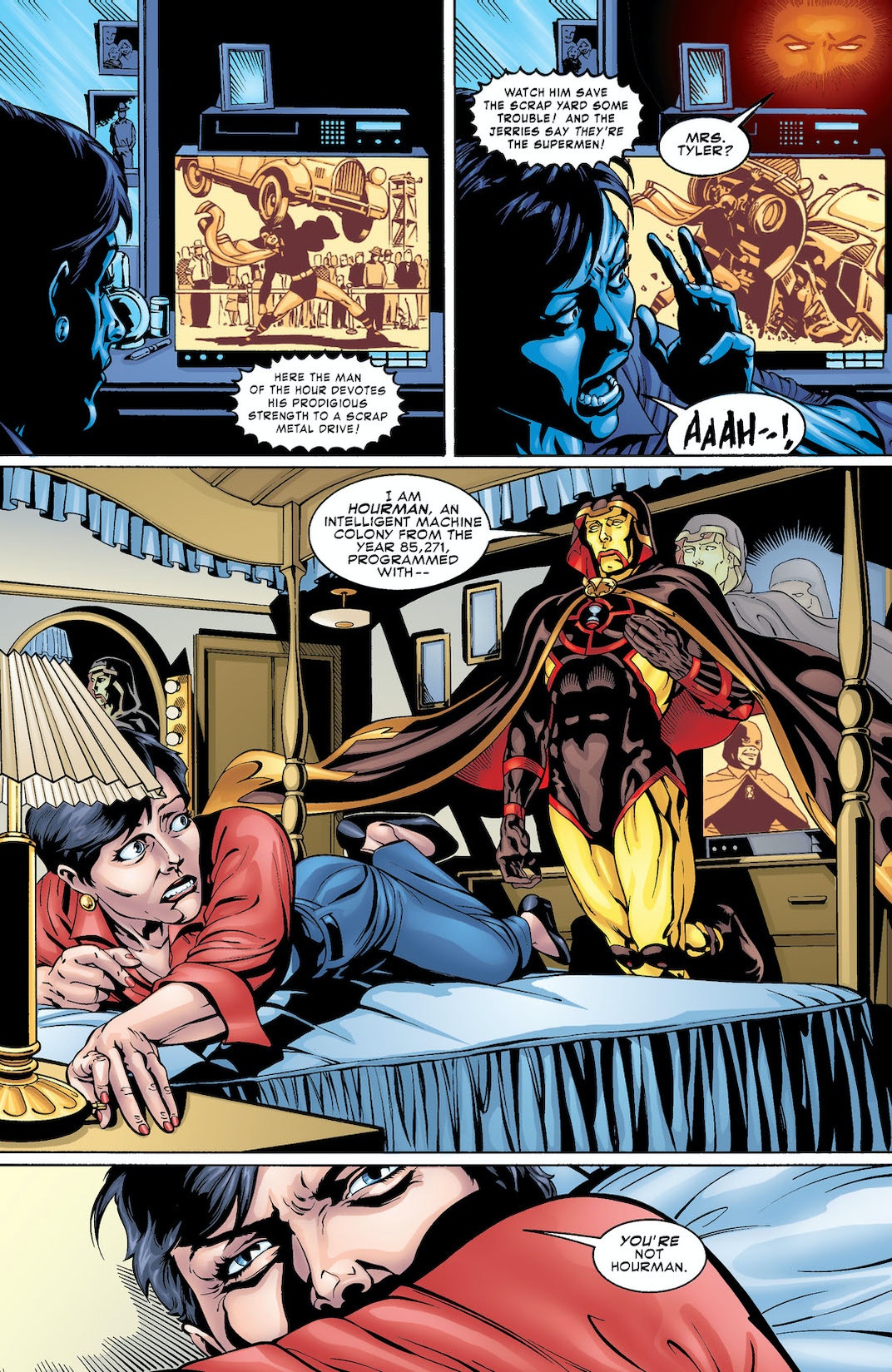 “WHERE DOES THE TIME GO?” The newest Hourman faces the former Hourman! Rex Tyler—the Golden Age Hourman—is dead, but his son Rick, who fought as Hourman in Infinity Inc., is still around. Dying of leukemia, he’s furious that some upstart android seemingly has stolen his legacy. Now he’s taken his last remaining dose of Miraclo and set off to kill the star of our series!