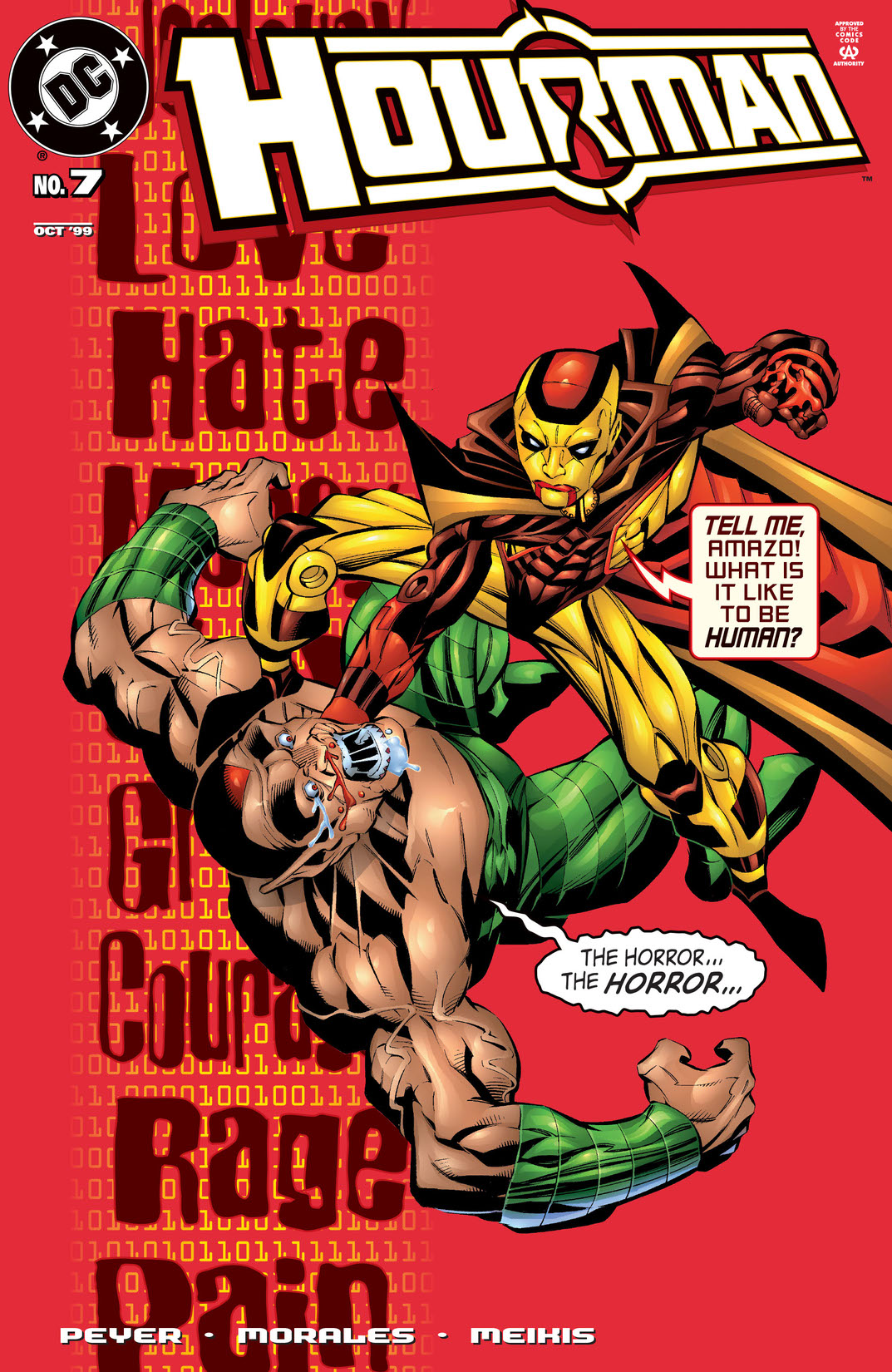 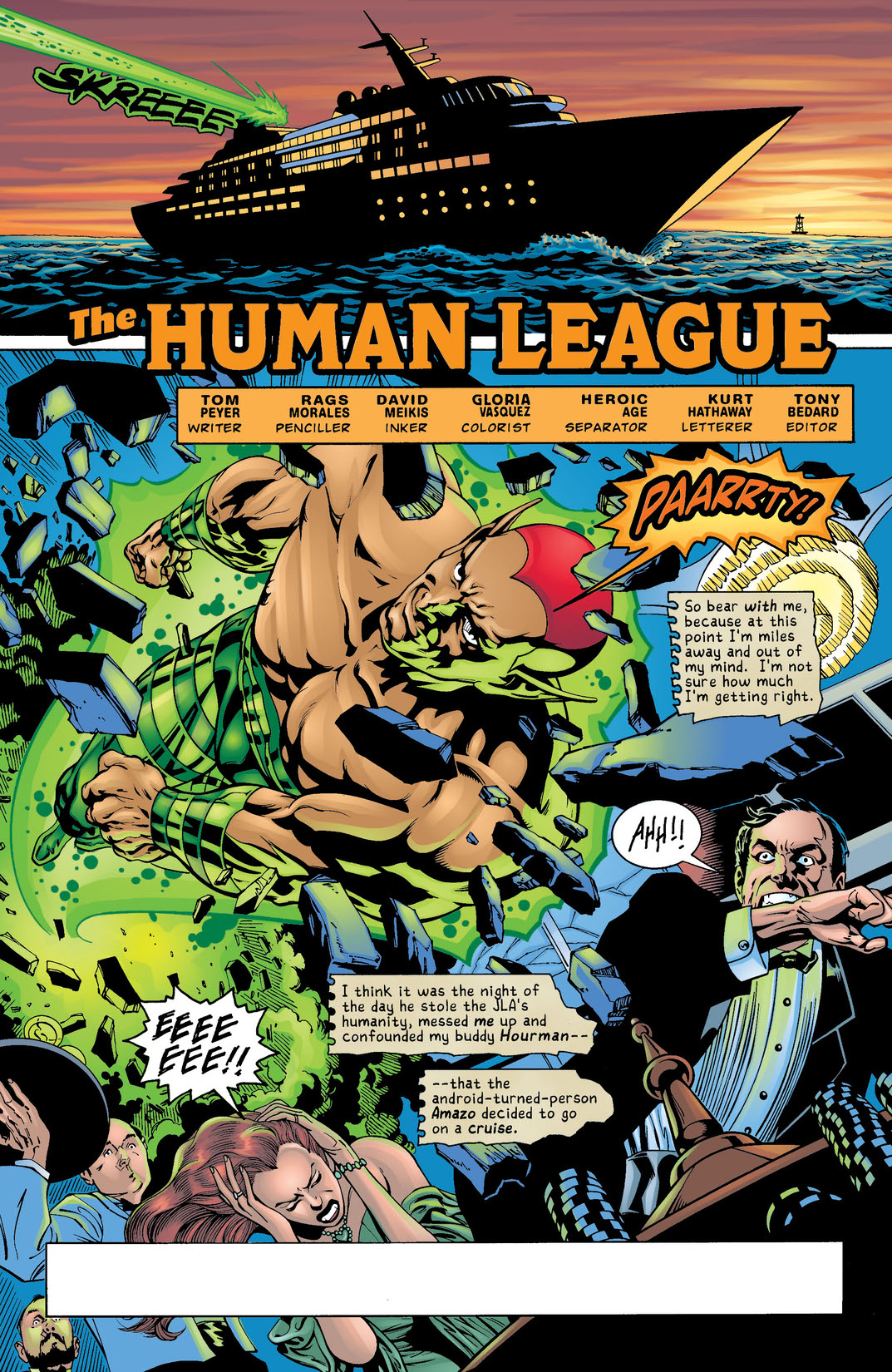 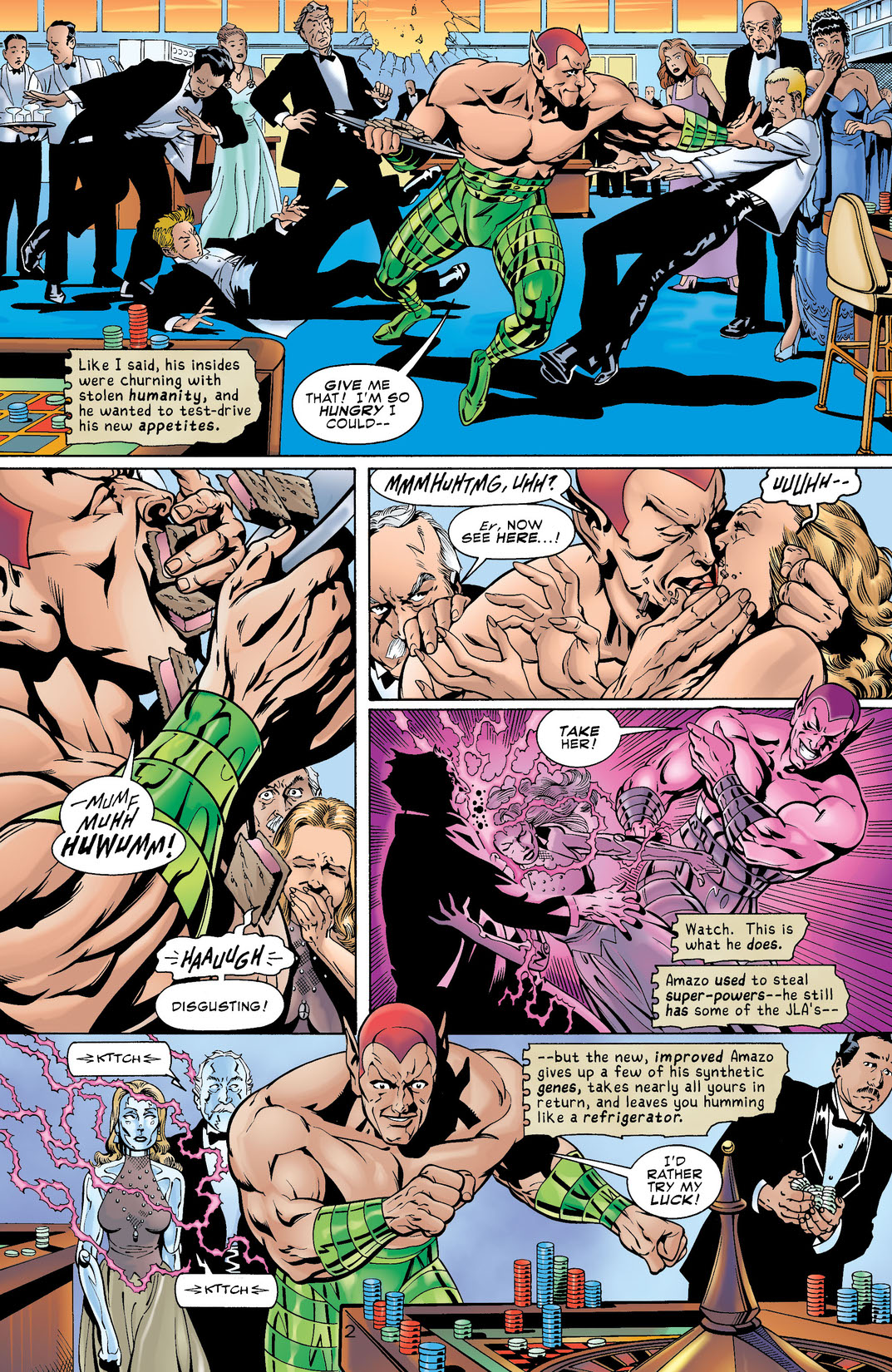 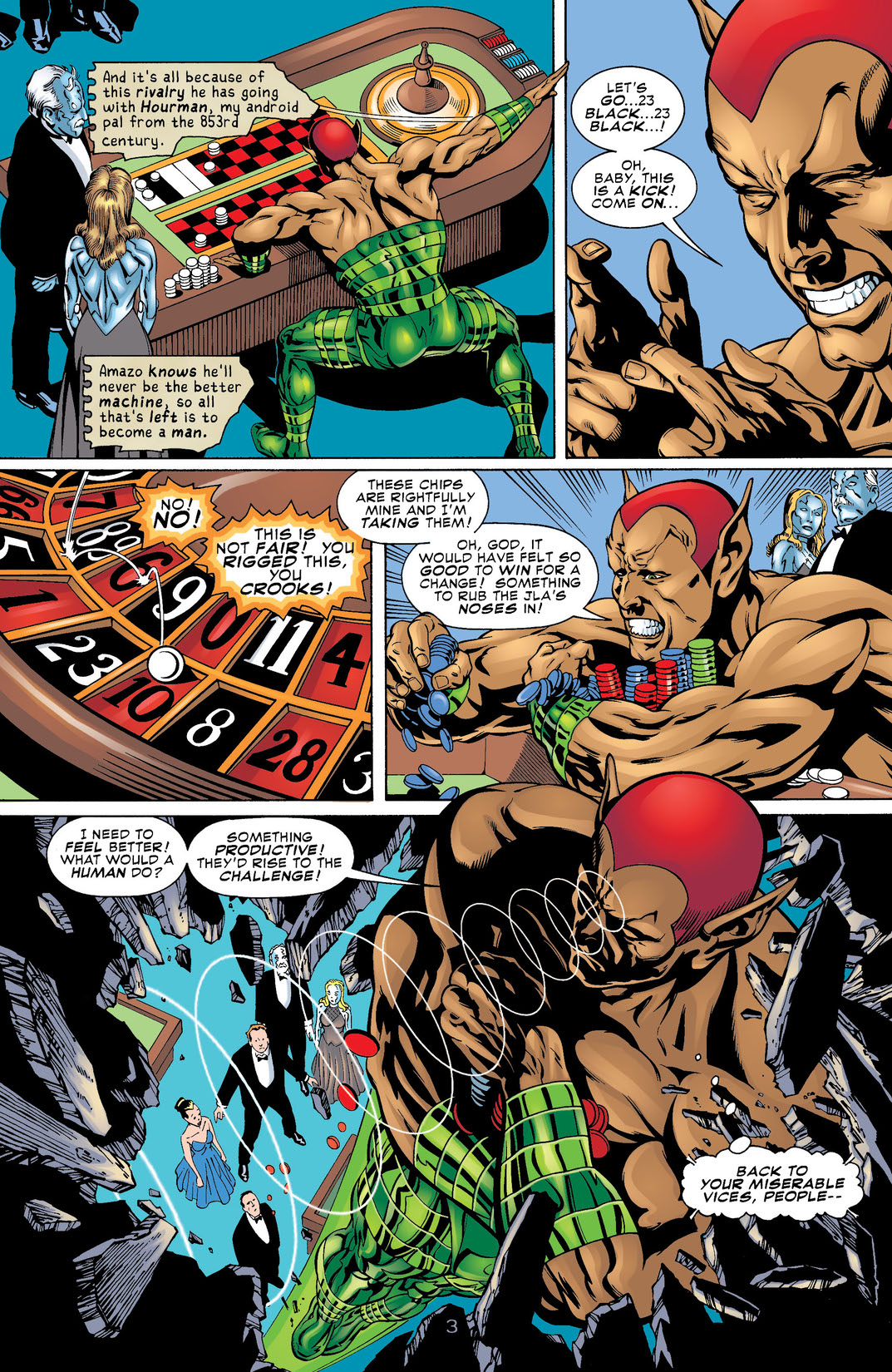 The JLA guest-stars in the conclusion to the two-part “The JLAndroids!” Amazo’s back, and he’s used his new powers to steal the very humanity from the Justice League, leaving them cold, heartless automatons. But as the original evil android becomes truly human, he’s filled to bursting with strange emotions he cannot handle, making him the most unpredictable and dangerous being on the planet! Must Hourman abandon his own quest for humanity in order to save his friends?