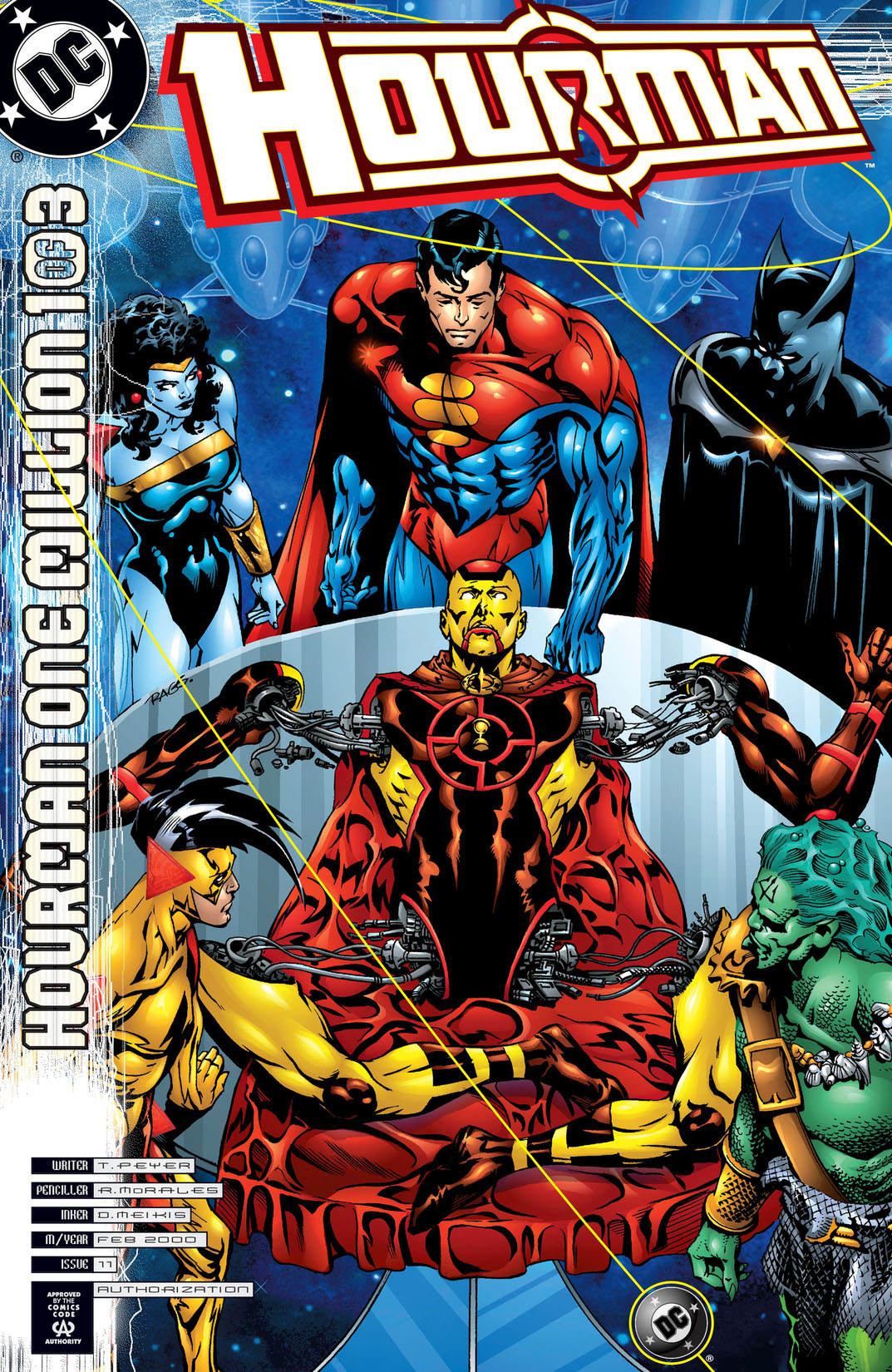 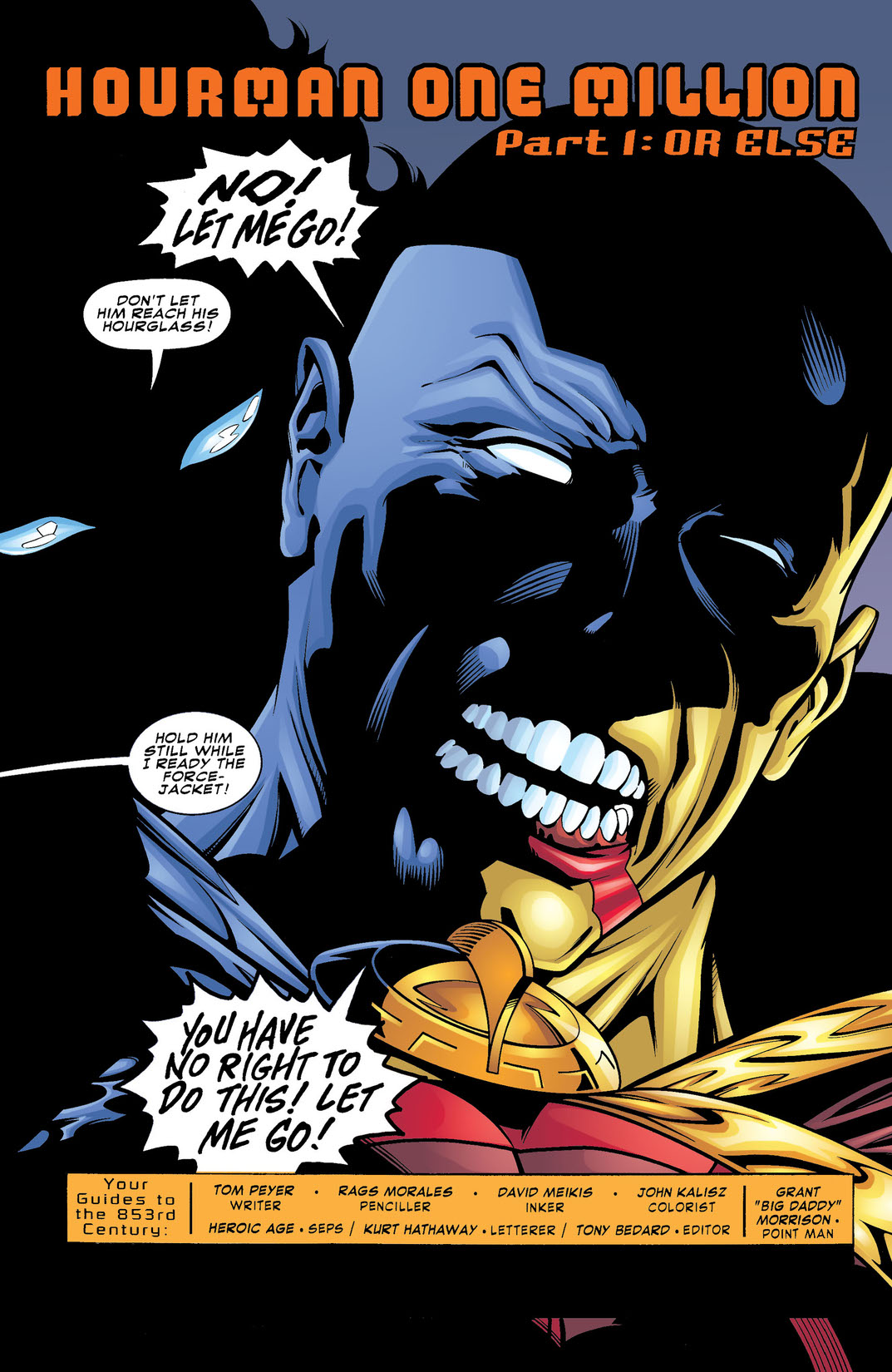 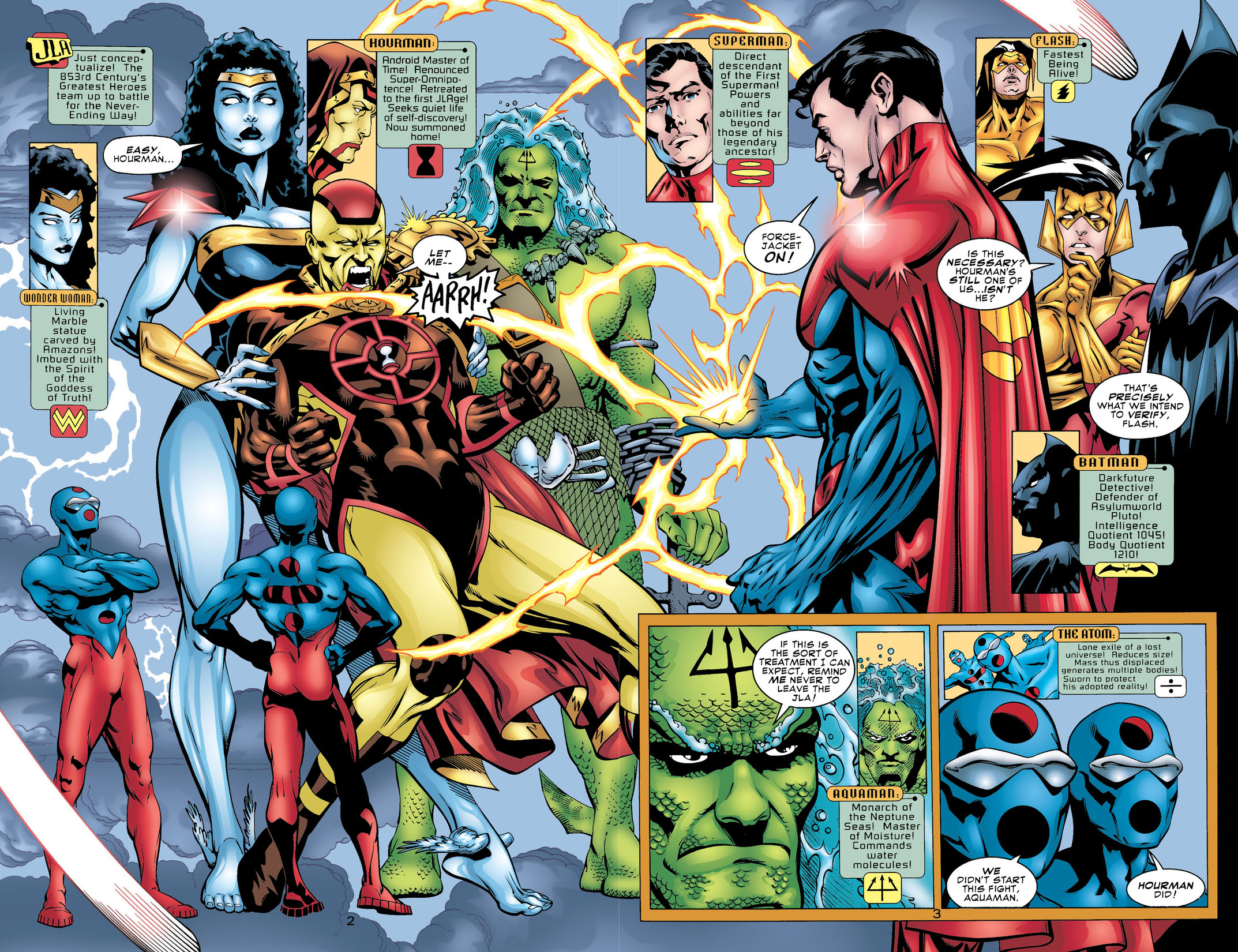 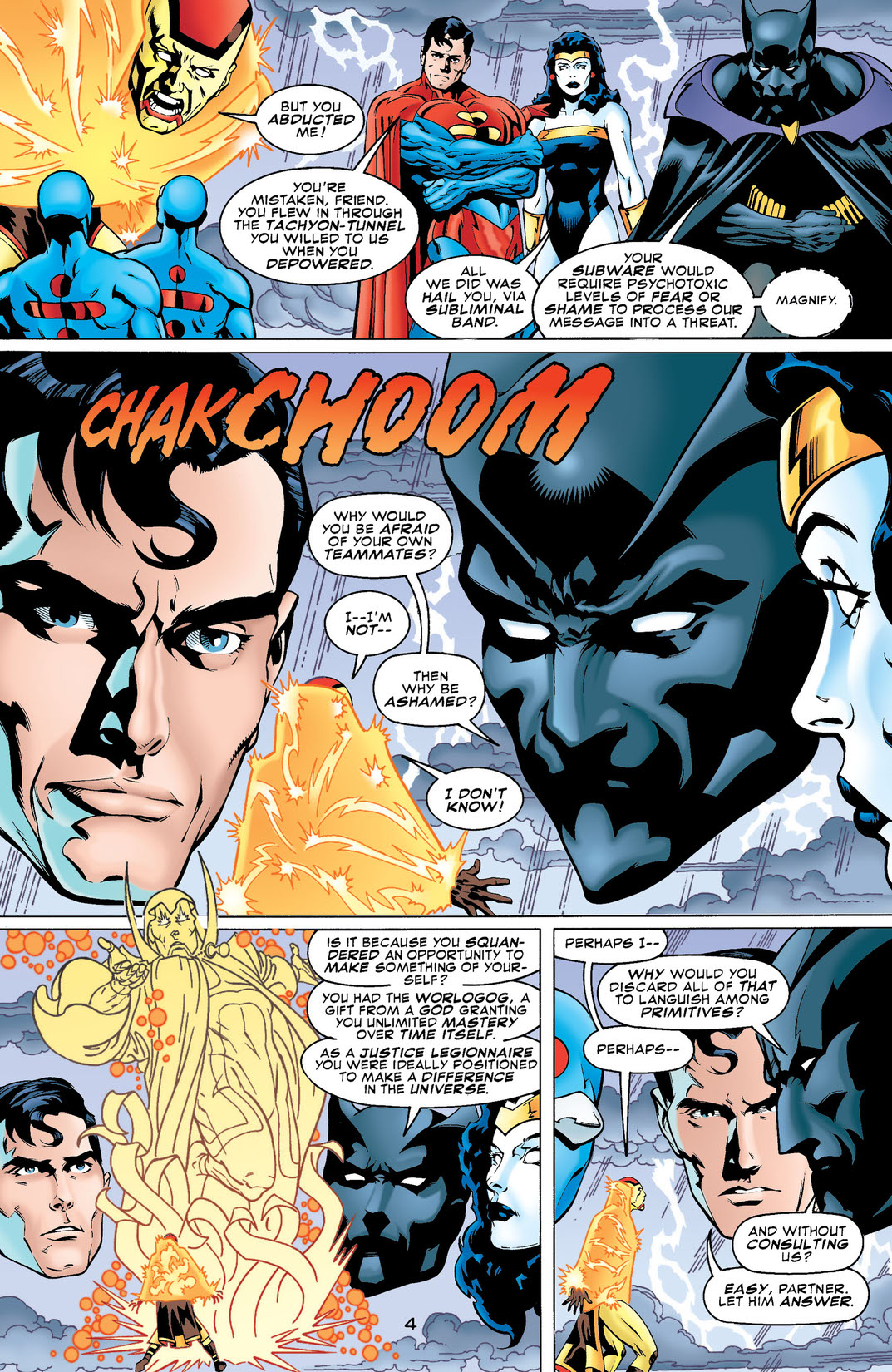 “HOURMAN ONE MILLION, PART ONE: OR ELSE!” Part one of three. At the conclusion of DC ONE MILLION, the time-bending Hourman decided to make the 20th century his home. Now his teammates from the 853rd century’s Justice Legion A need the Man of the Hour’s help to face an incredible new threat!