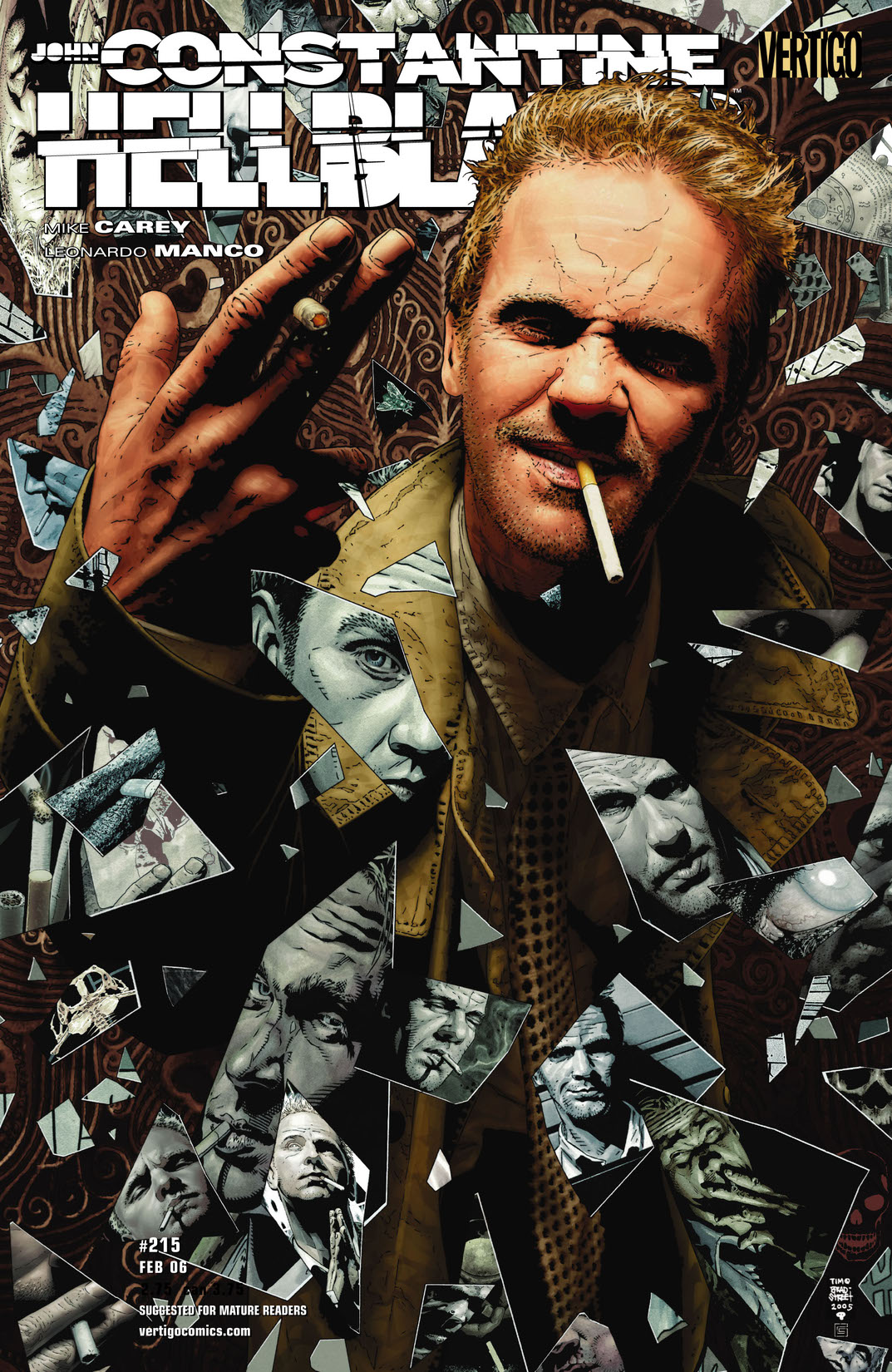 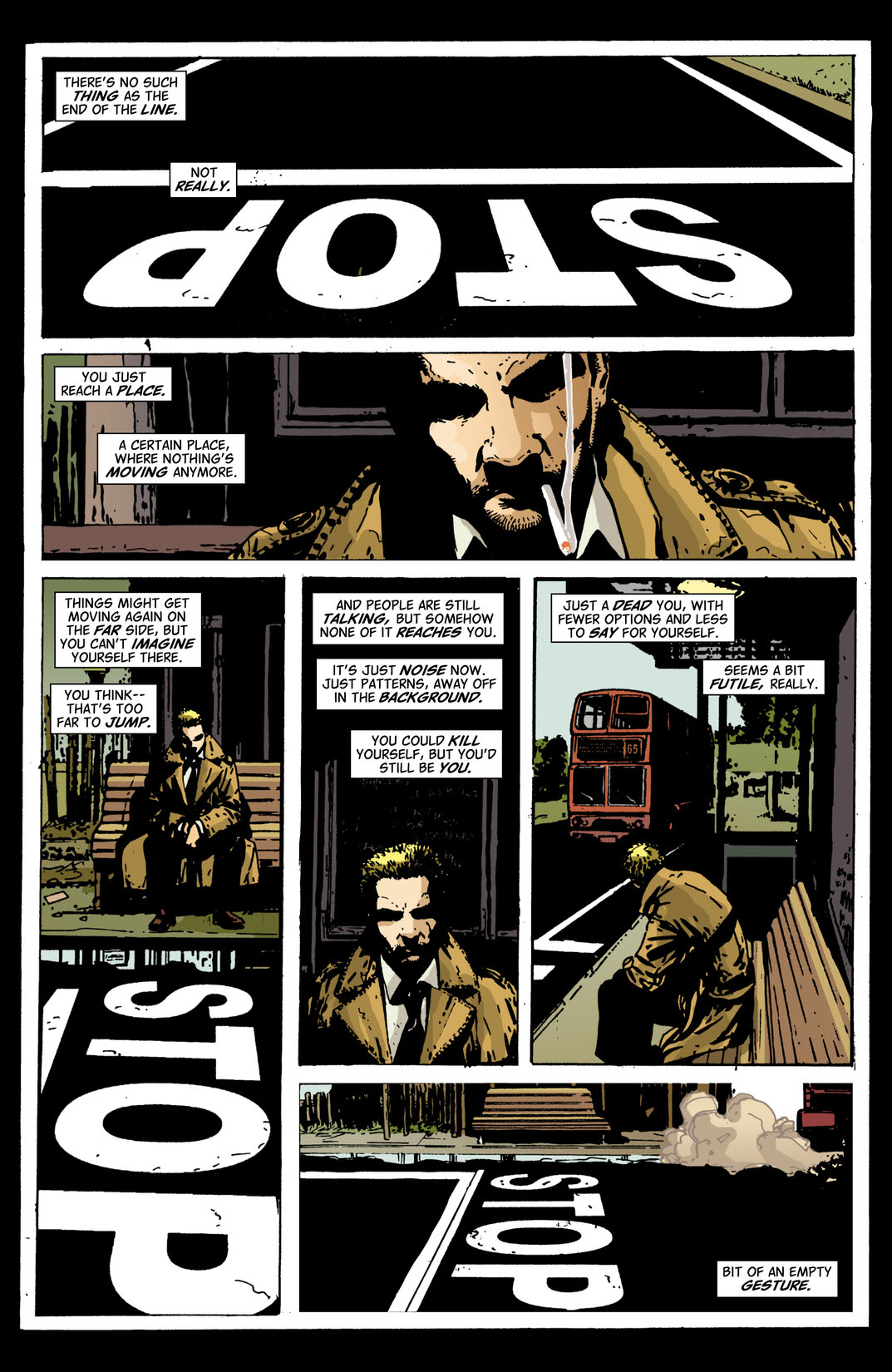 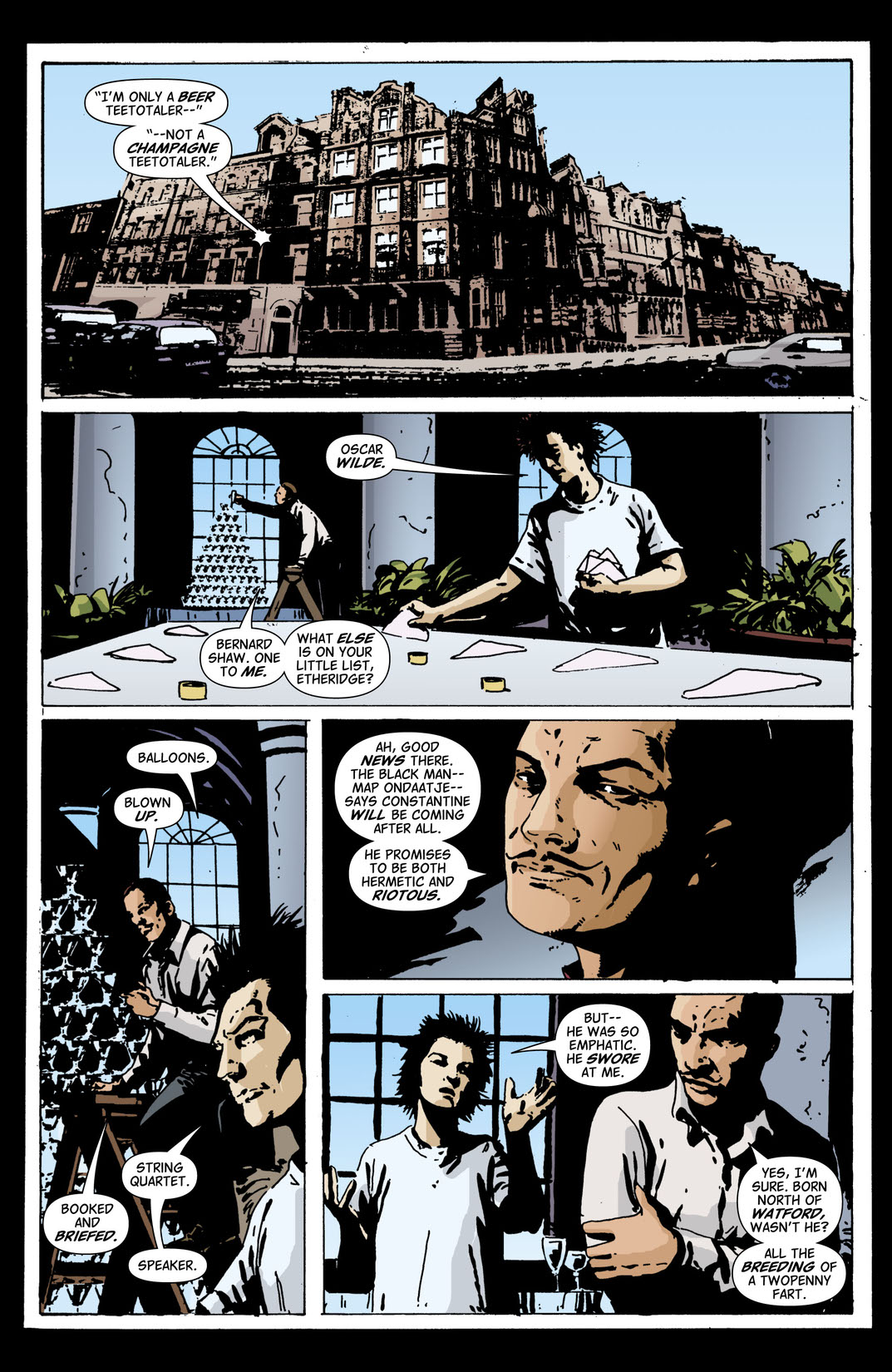 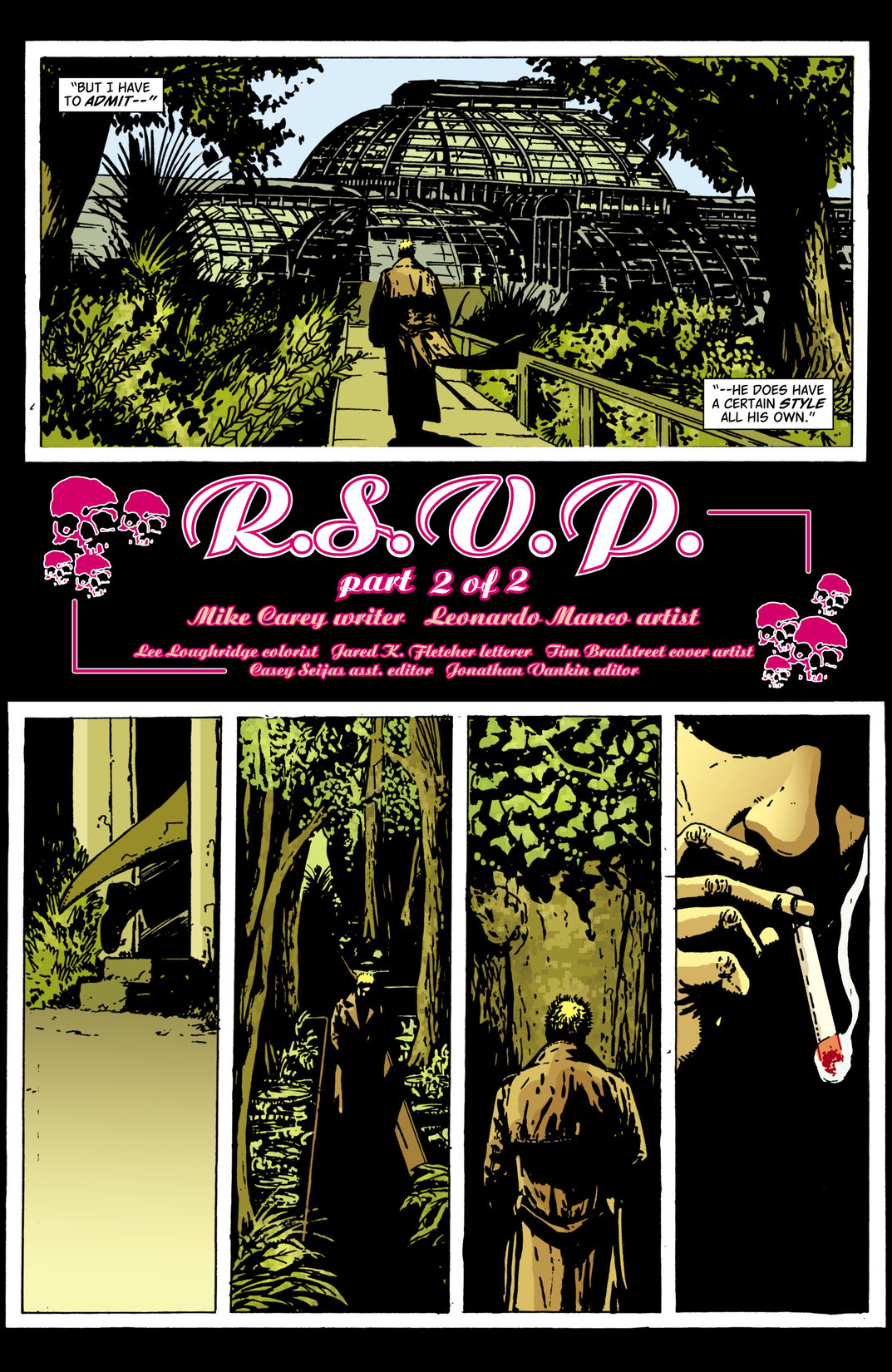 Mike Carey concludes his three-year-long HELLBLAZER run in 'R.S.V.P.' part 2! John Constantine's ready to construct a new life after literally torching the debris of his old one. But he's got one last trick to play, and he's chosen the magicians of London's Tate Club to be his ill-fated audience.