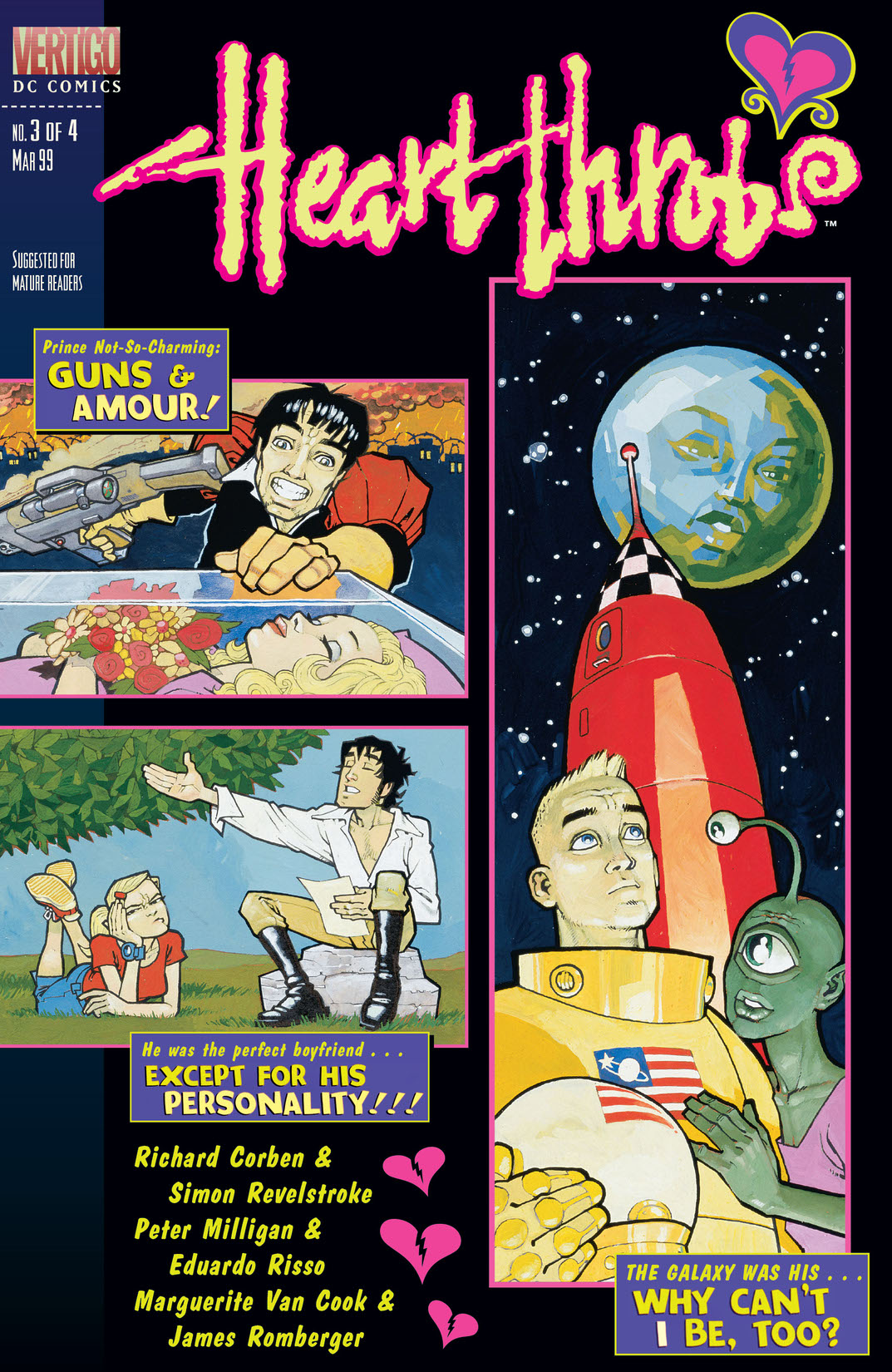 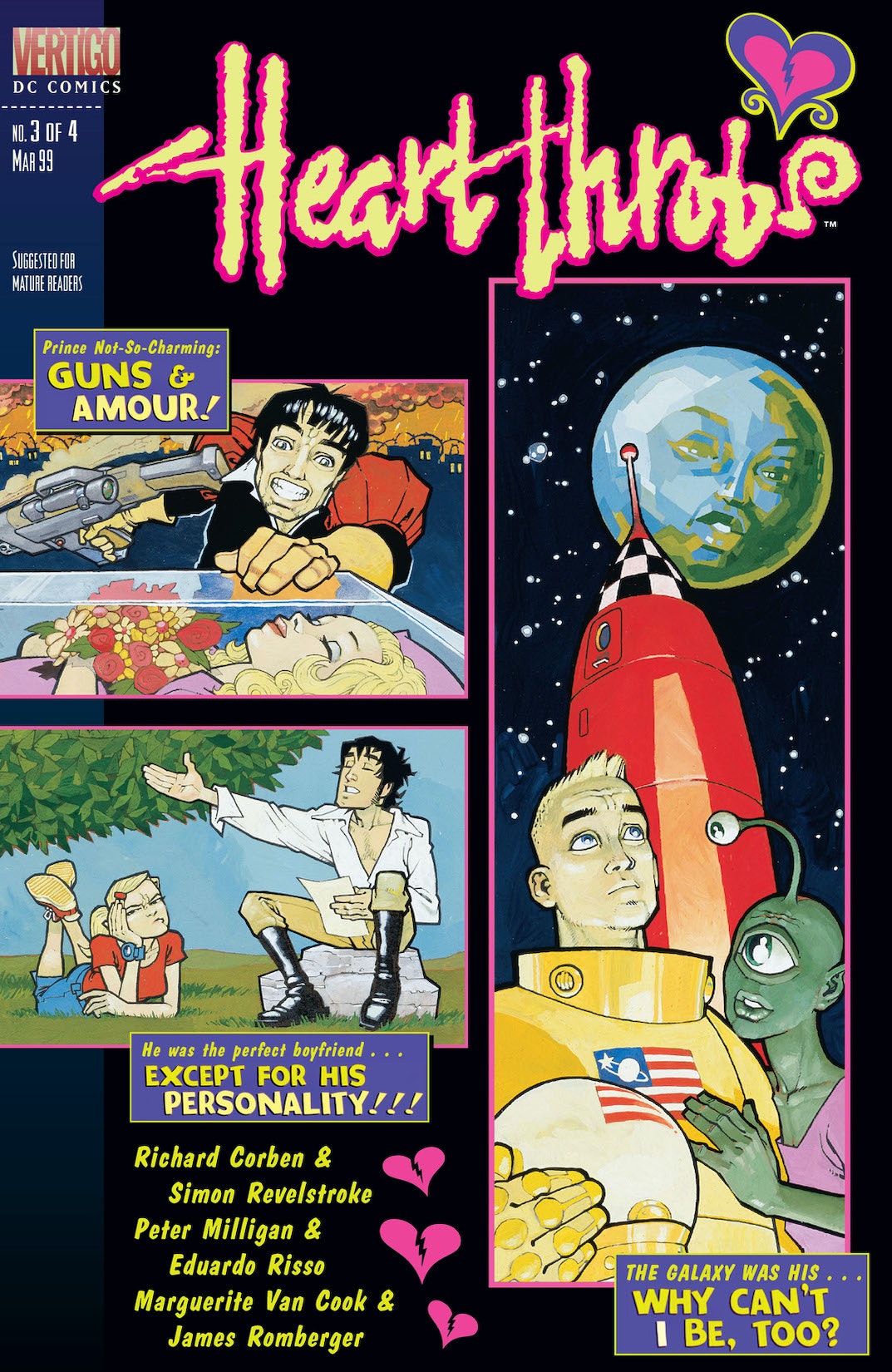 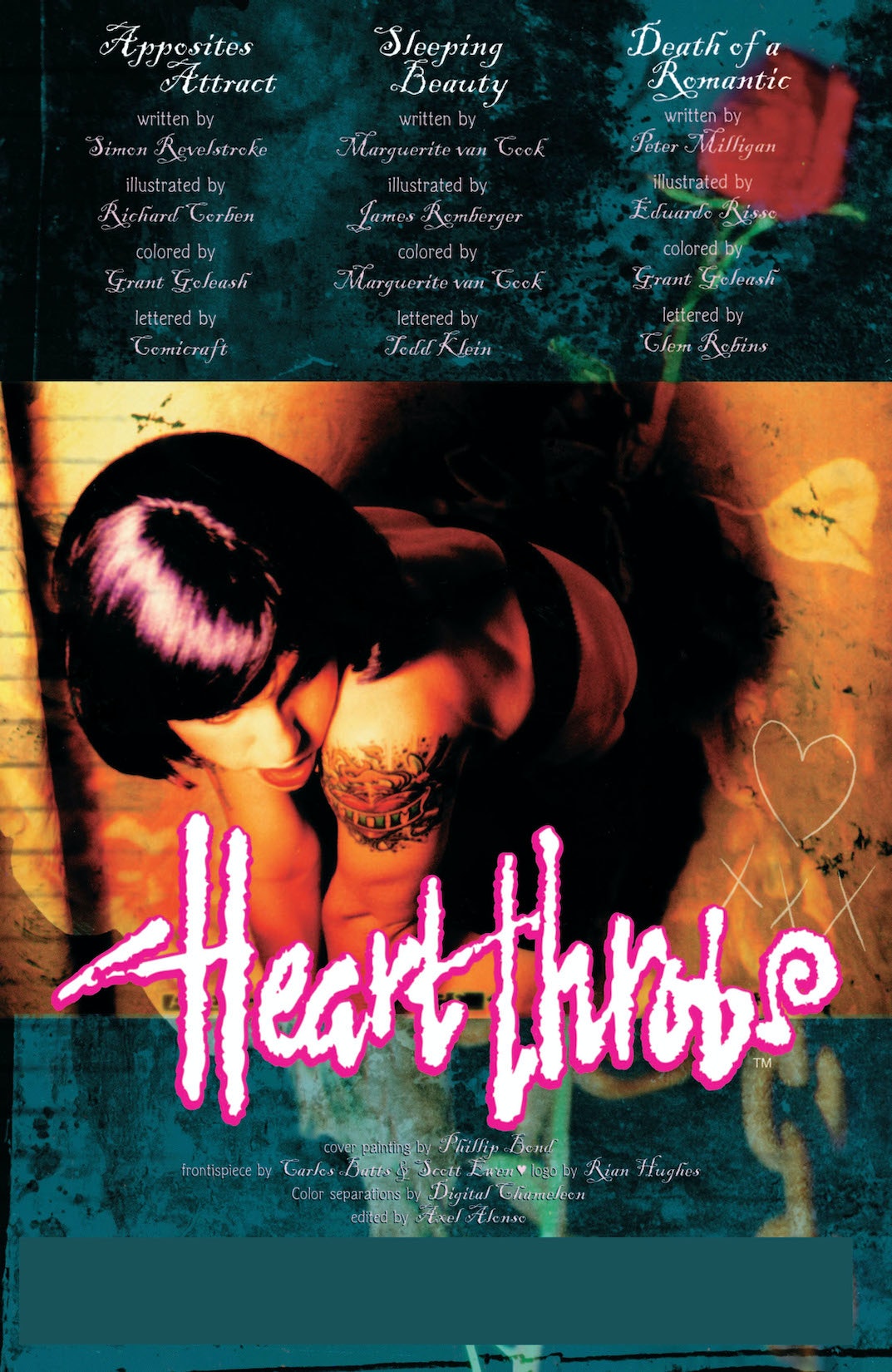 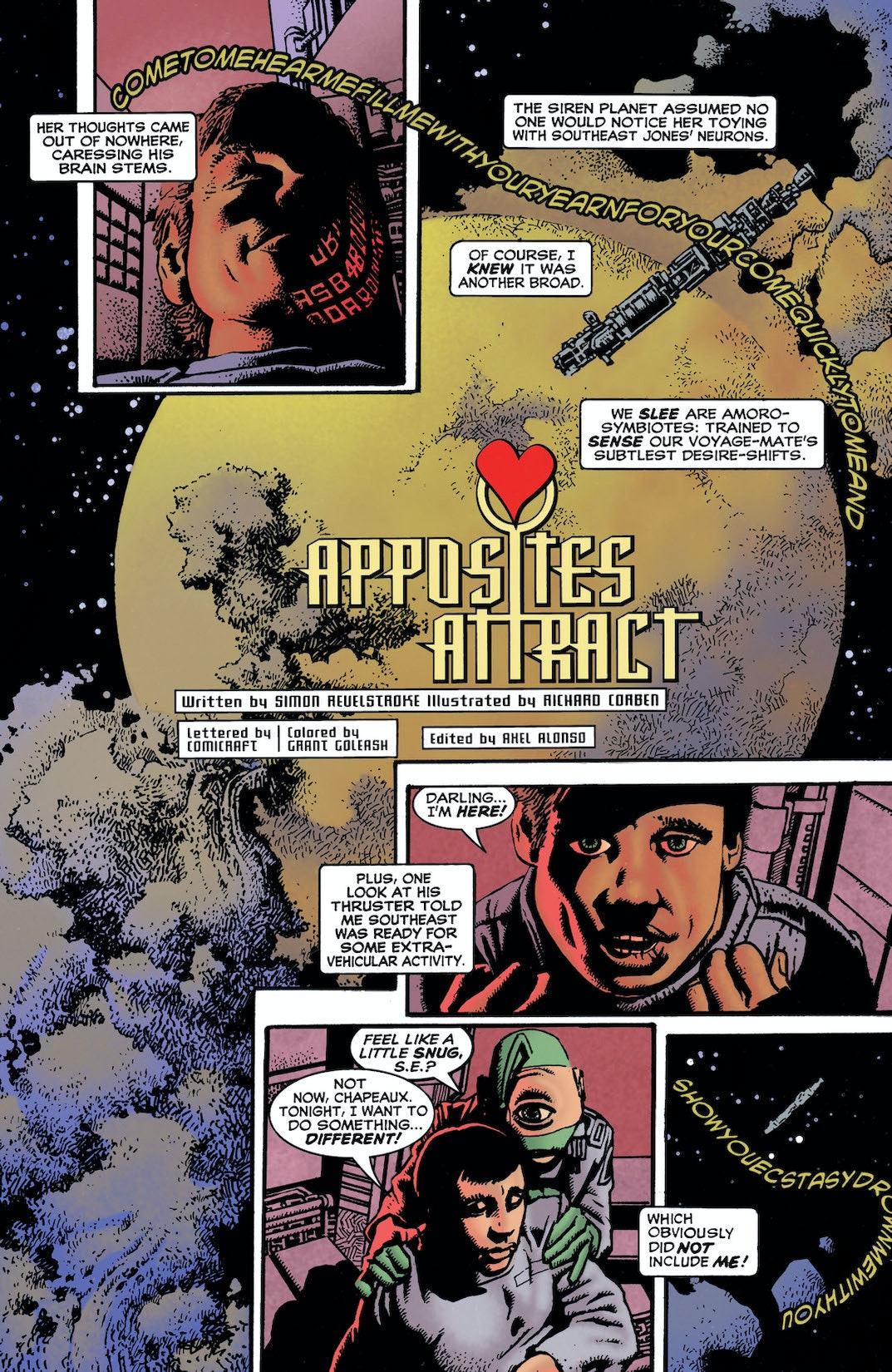 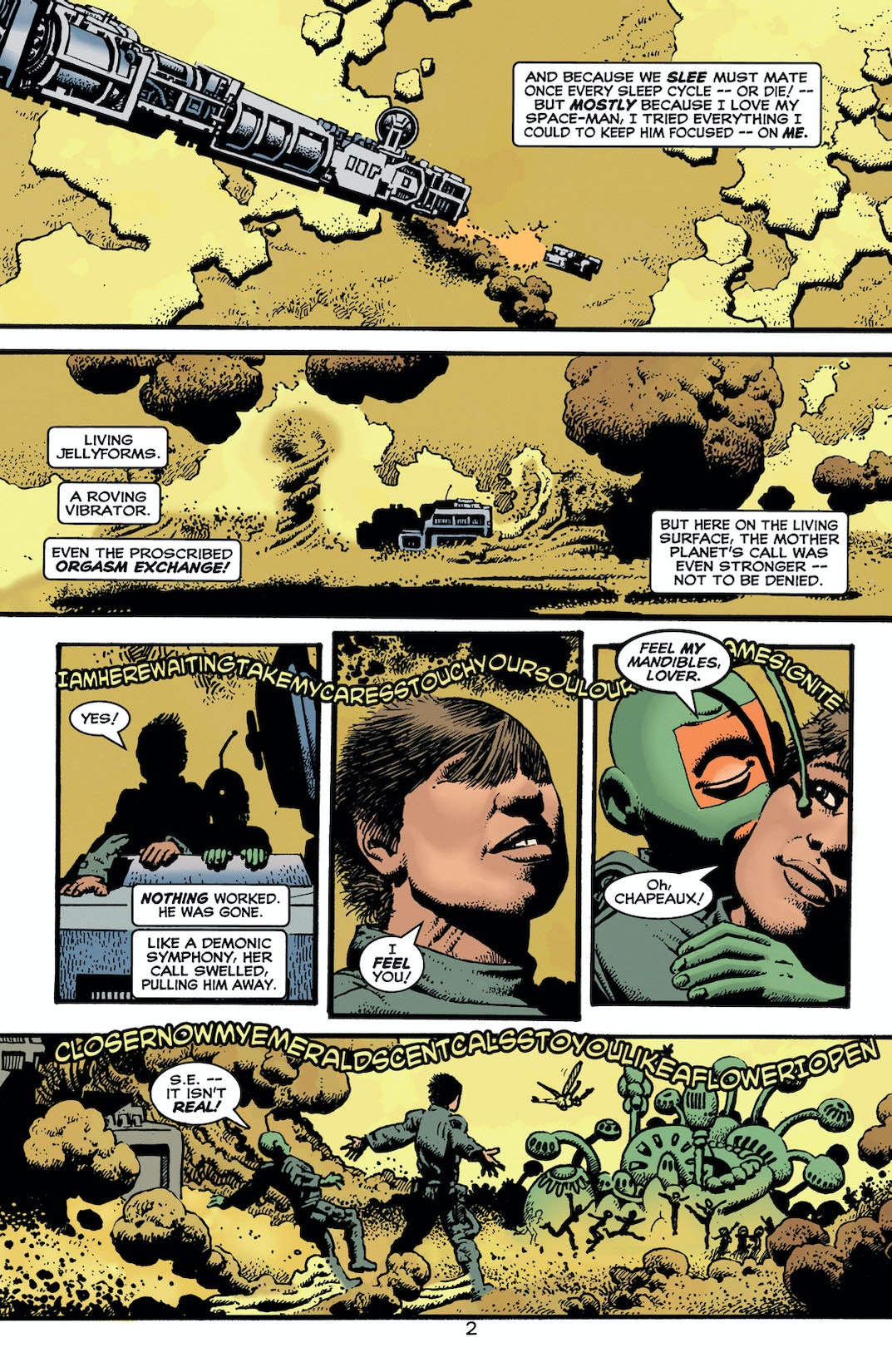 Three unorthodox tales of love and romance: A lovestruck female alien battles a siren planet for the affections of a handsome spaceman in “Apposites Attract” (written by Simon Revelstroke, with art by Richard Corben); a beautiful time traveler serves up some poetic justice to a nineteenth-century Lothario in “Mister Right” (written by Peter Milligan, with art by Eduardo Risso); and a retelling of “Sleeping Beauty” includes an exploding princess, an uzi-toting prince and a witch with an elf fetish.