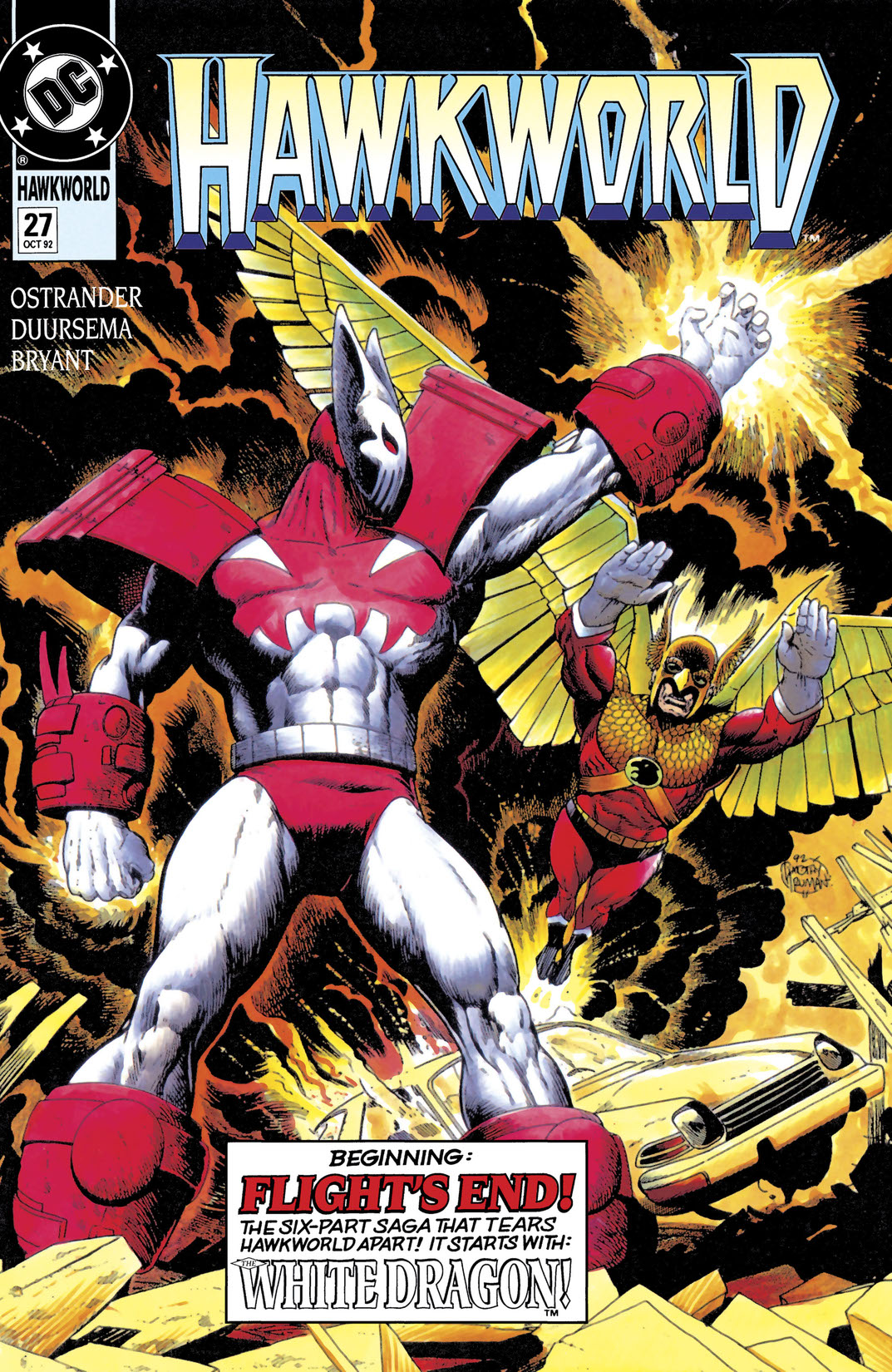 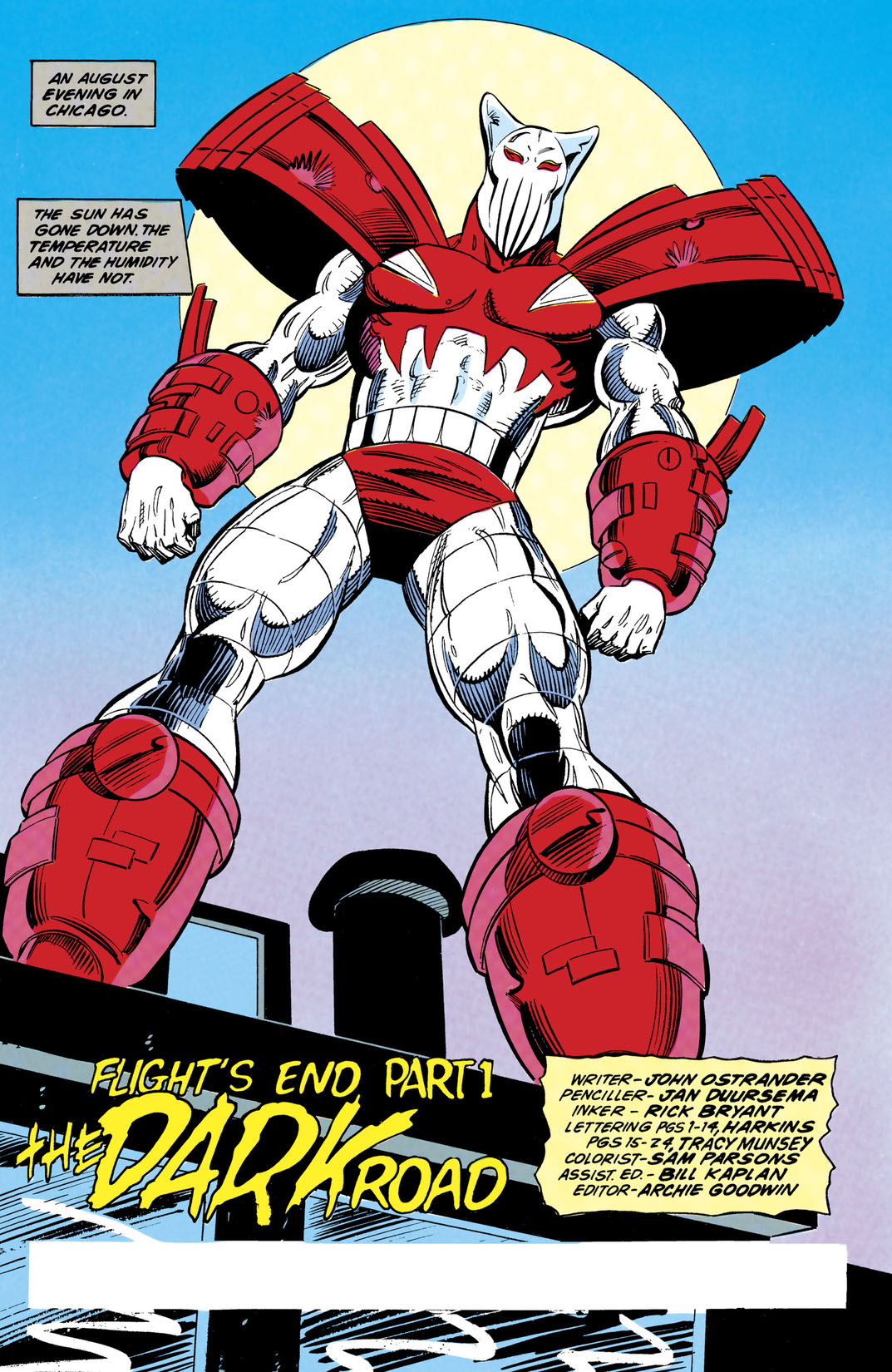 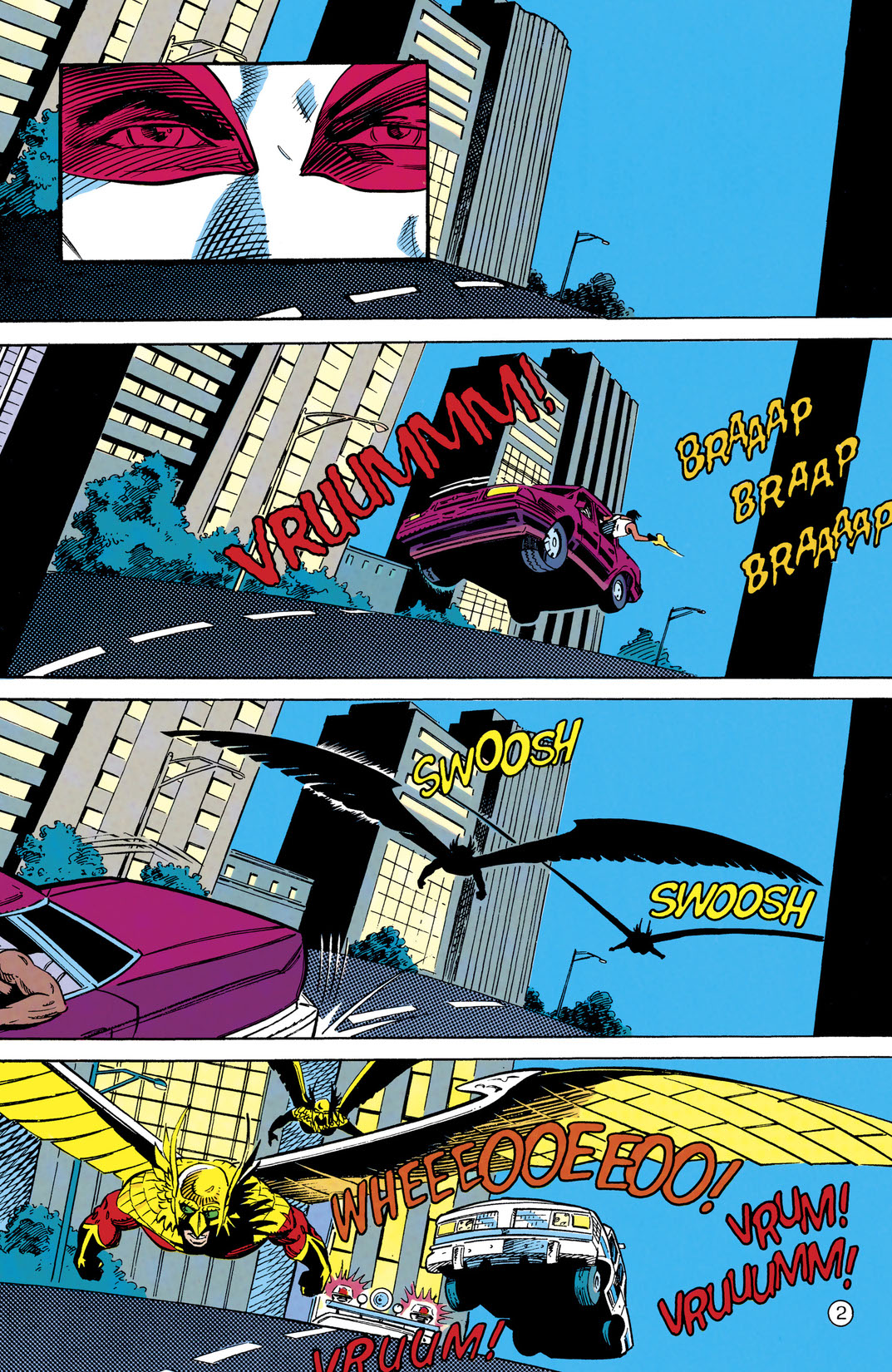 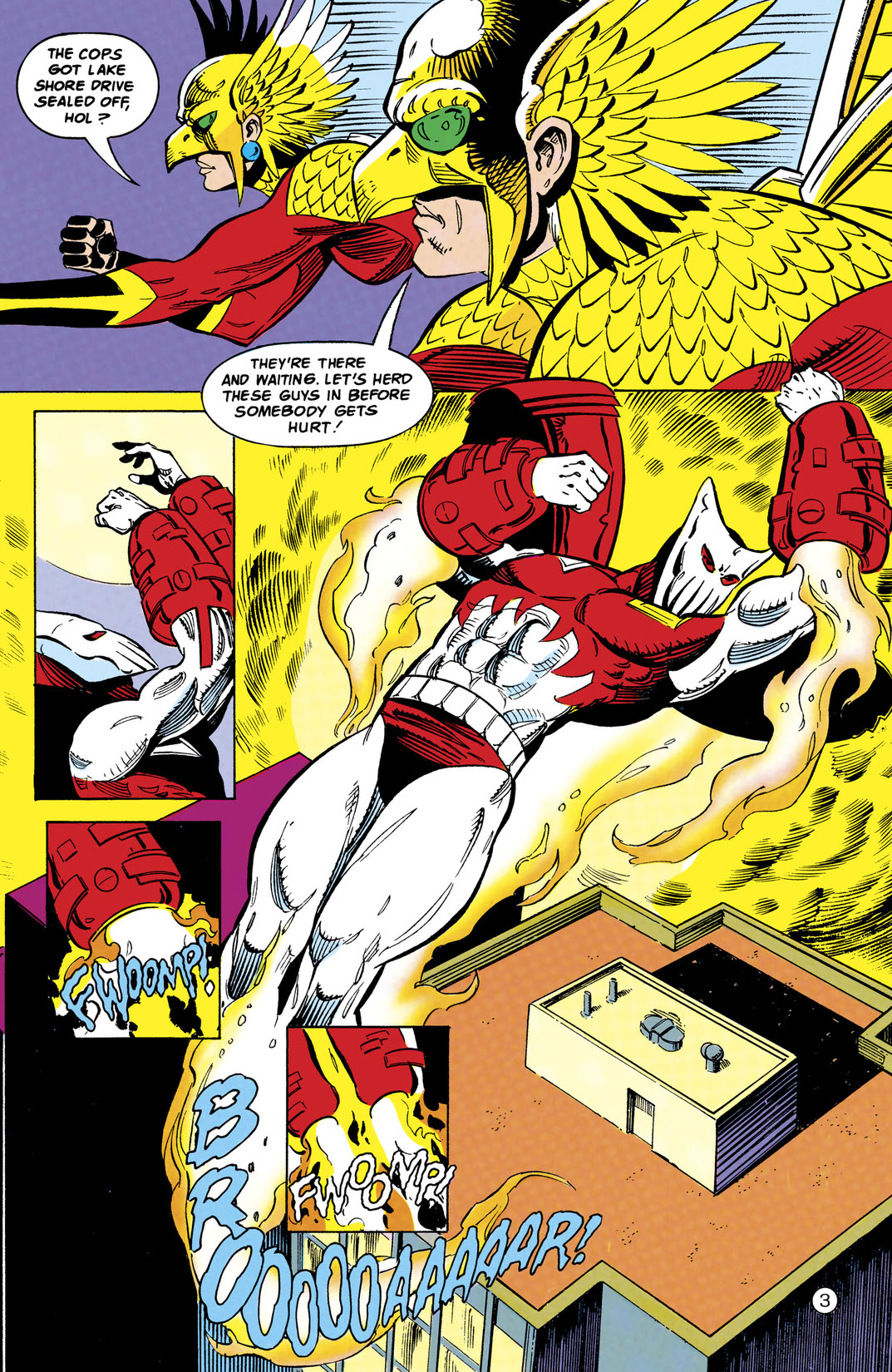 “Flight’s End,” part one of six. In “The Dark Road,” the White Dragon is introduced, bringing an ugly personal agenda to the business of fighting crime. When Hawkman and Hawkwoman are called upon to uncover the secret behind this new vigilante, wheels are set in motion that will eventually shatter their lives.