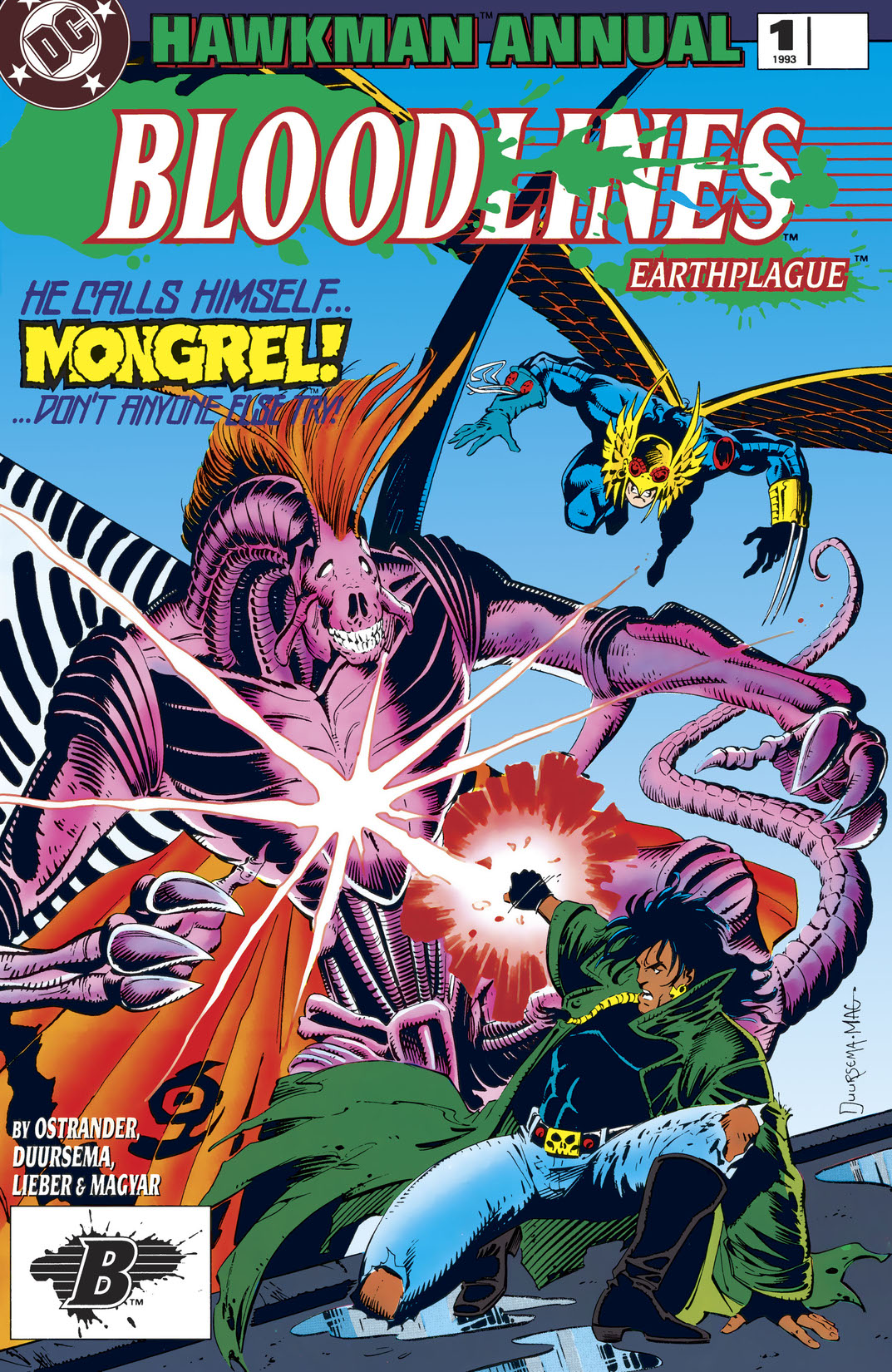 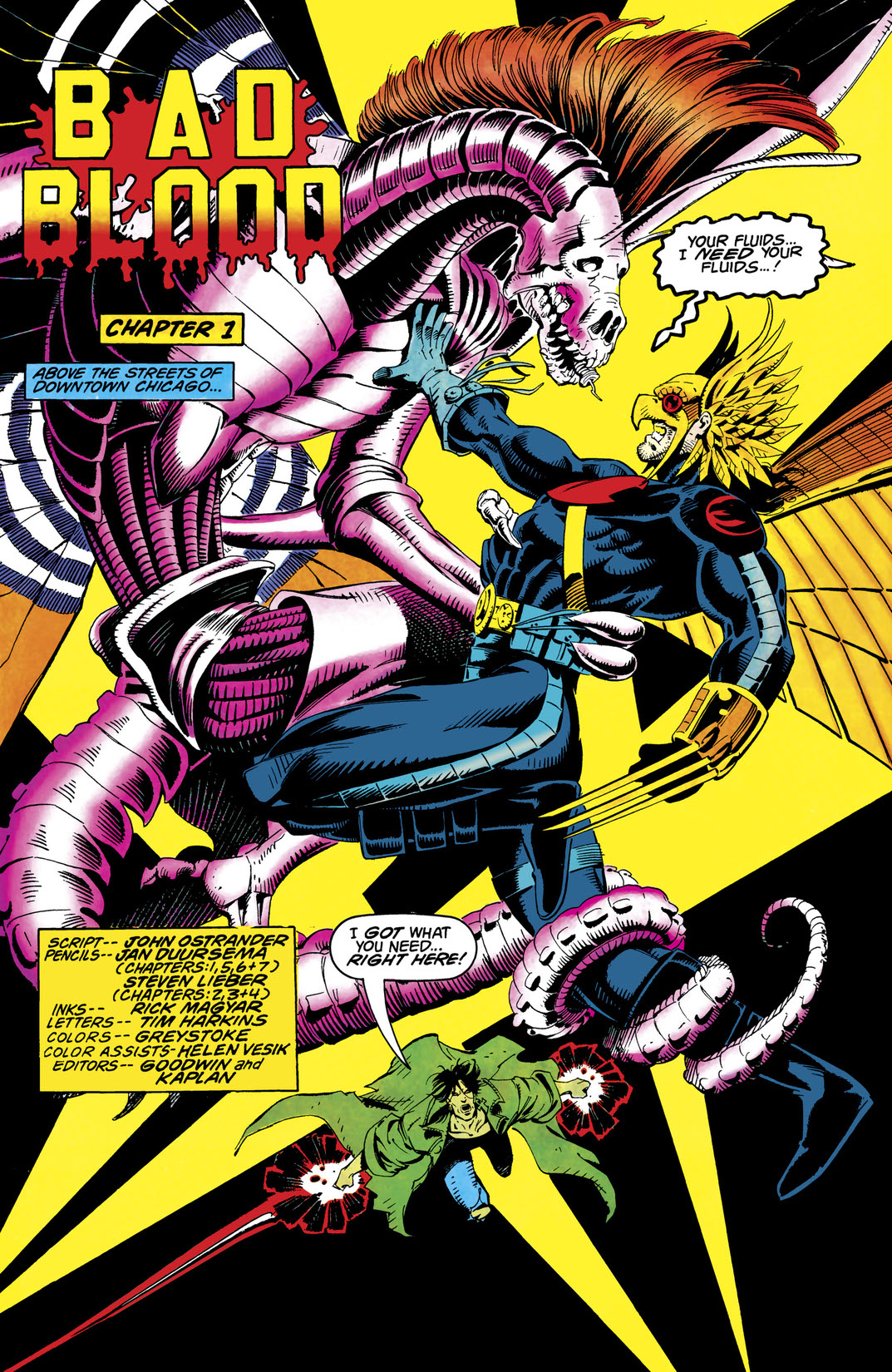 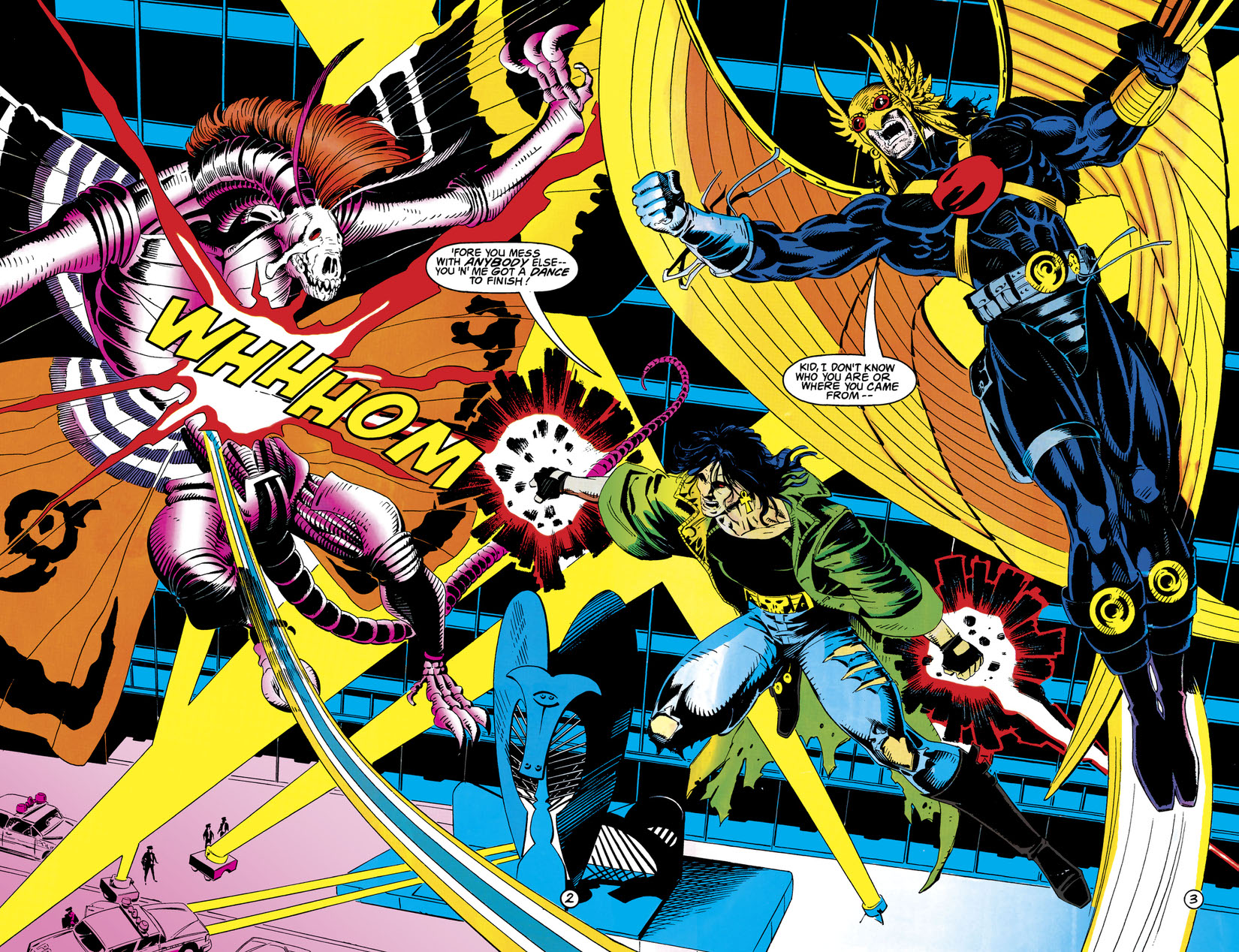 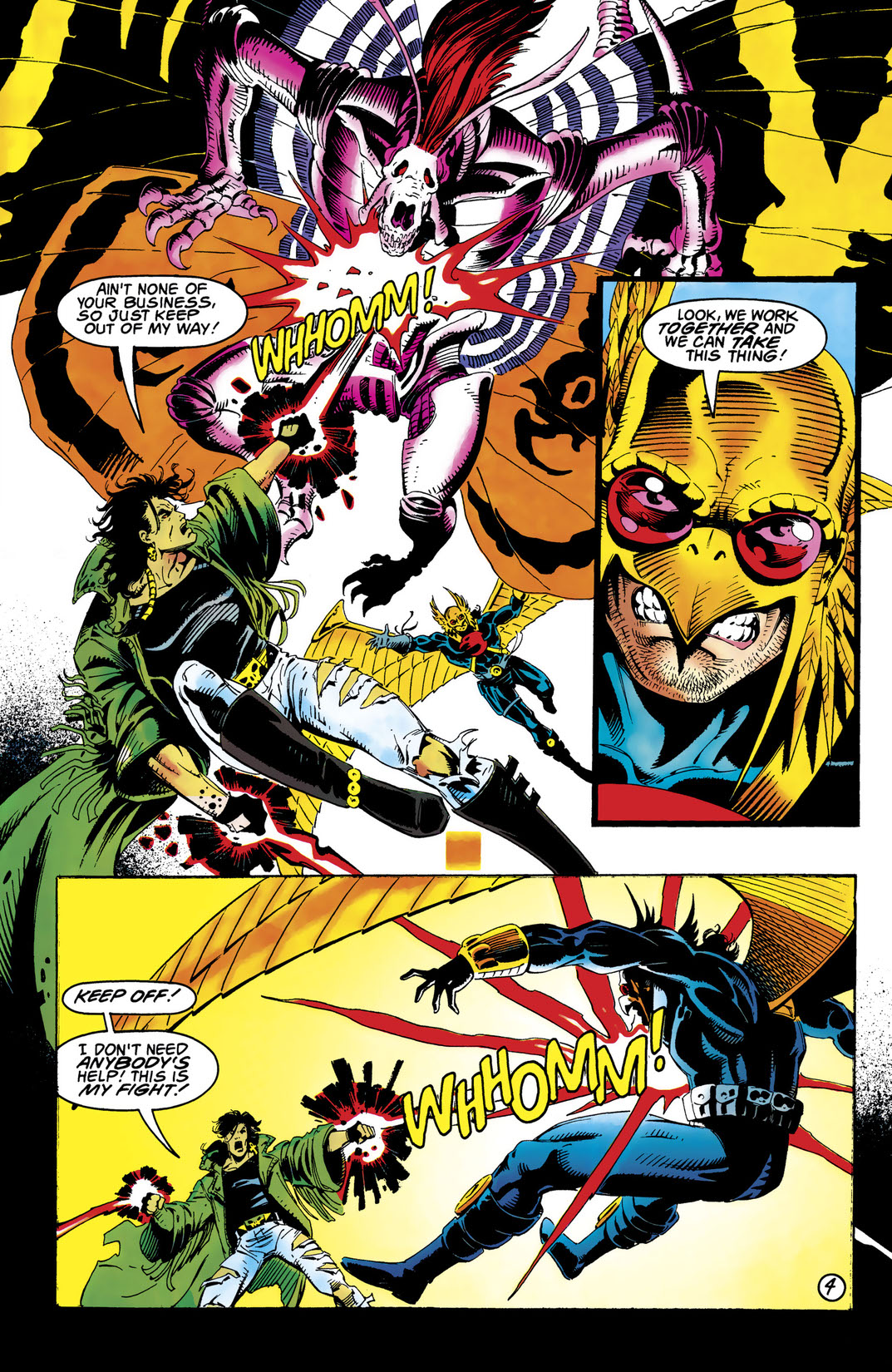 Recovering from a vicious attack by the alien parasite Lissik, outcast Josh Xan of the Netherworld becomes the rebellious and angry Mongrel, a being whose hostility can erupt as physical force, and this Annual’s infusion of “New Blood” into the DC Universe. Hawkman, out to bring down Lissik himself, may not survive long enough to learn if Mongrel will be friend or foe.