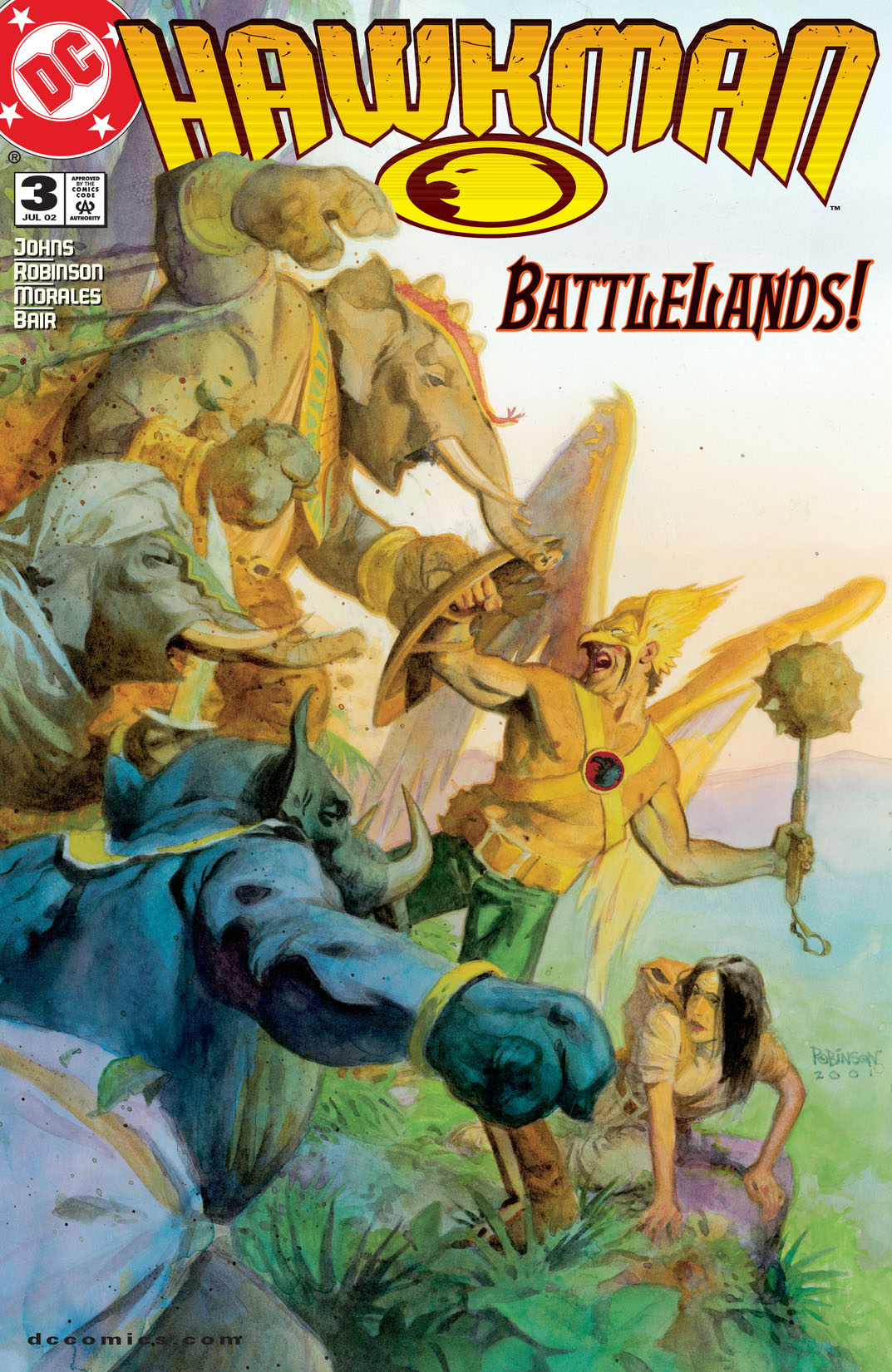 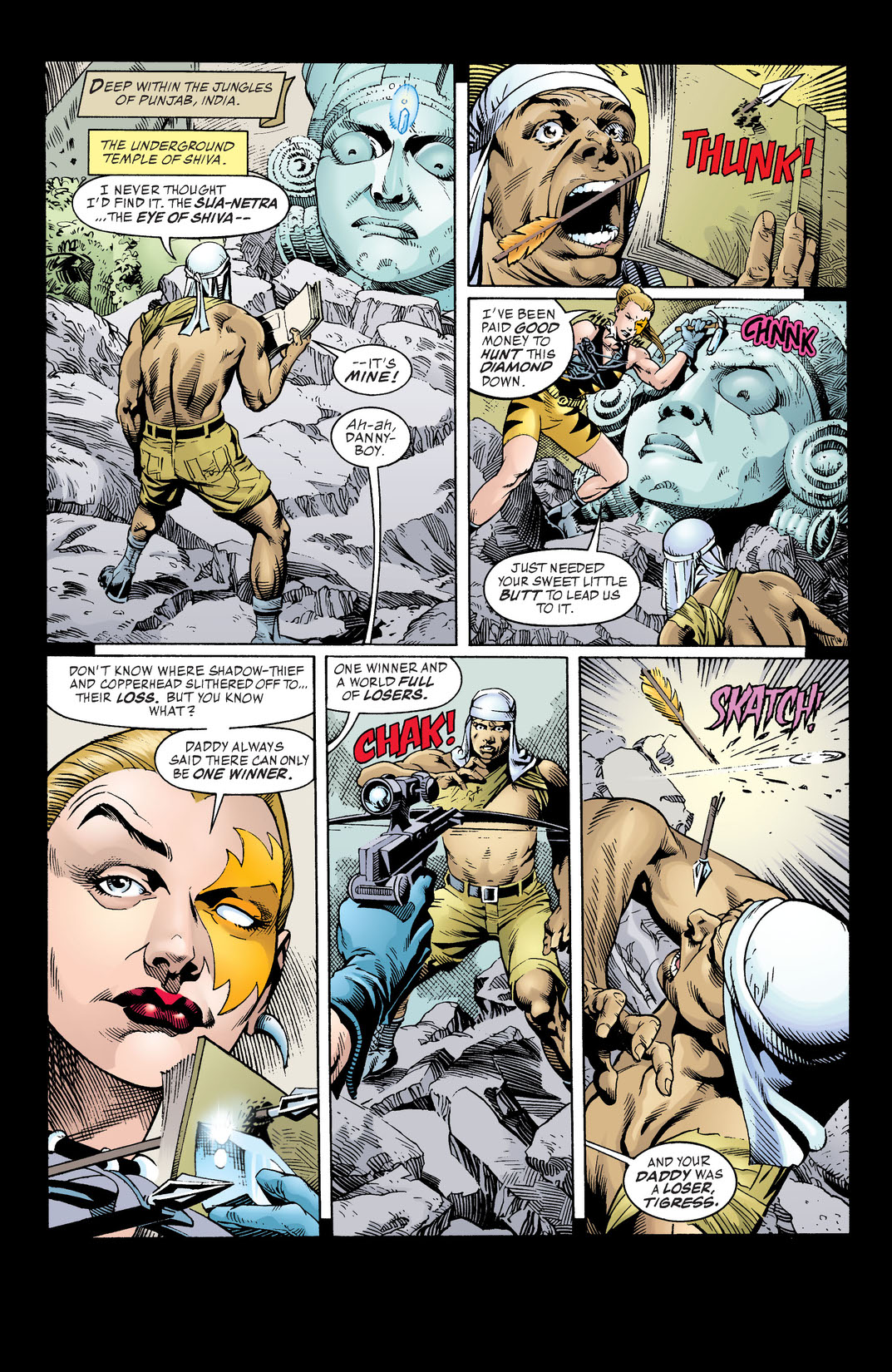 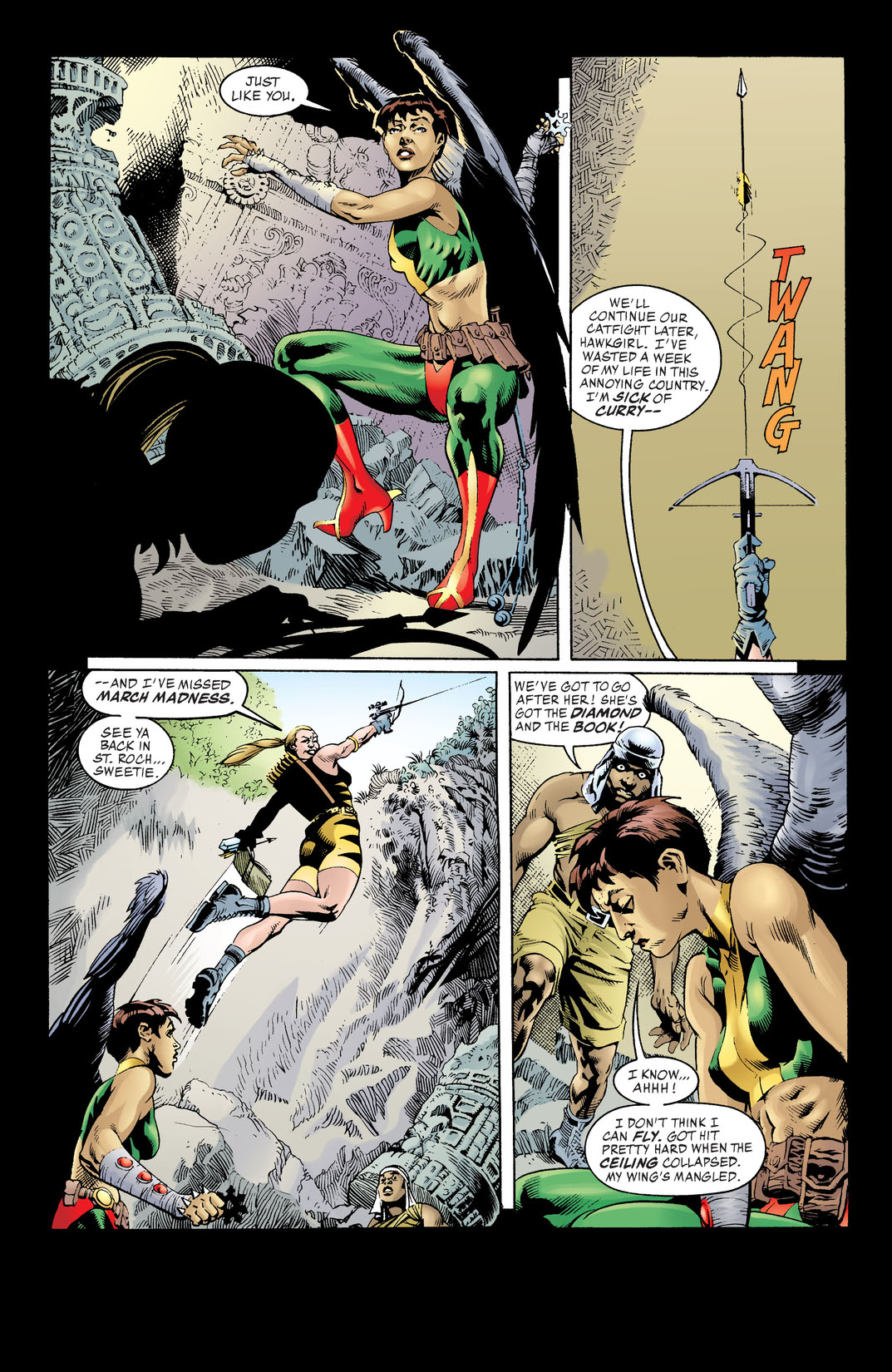 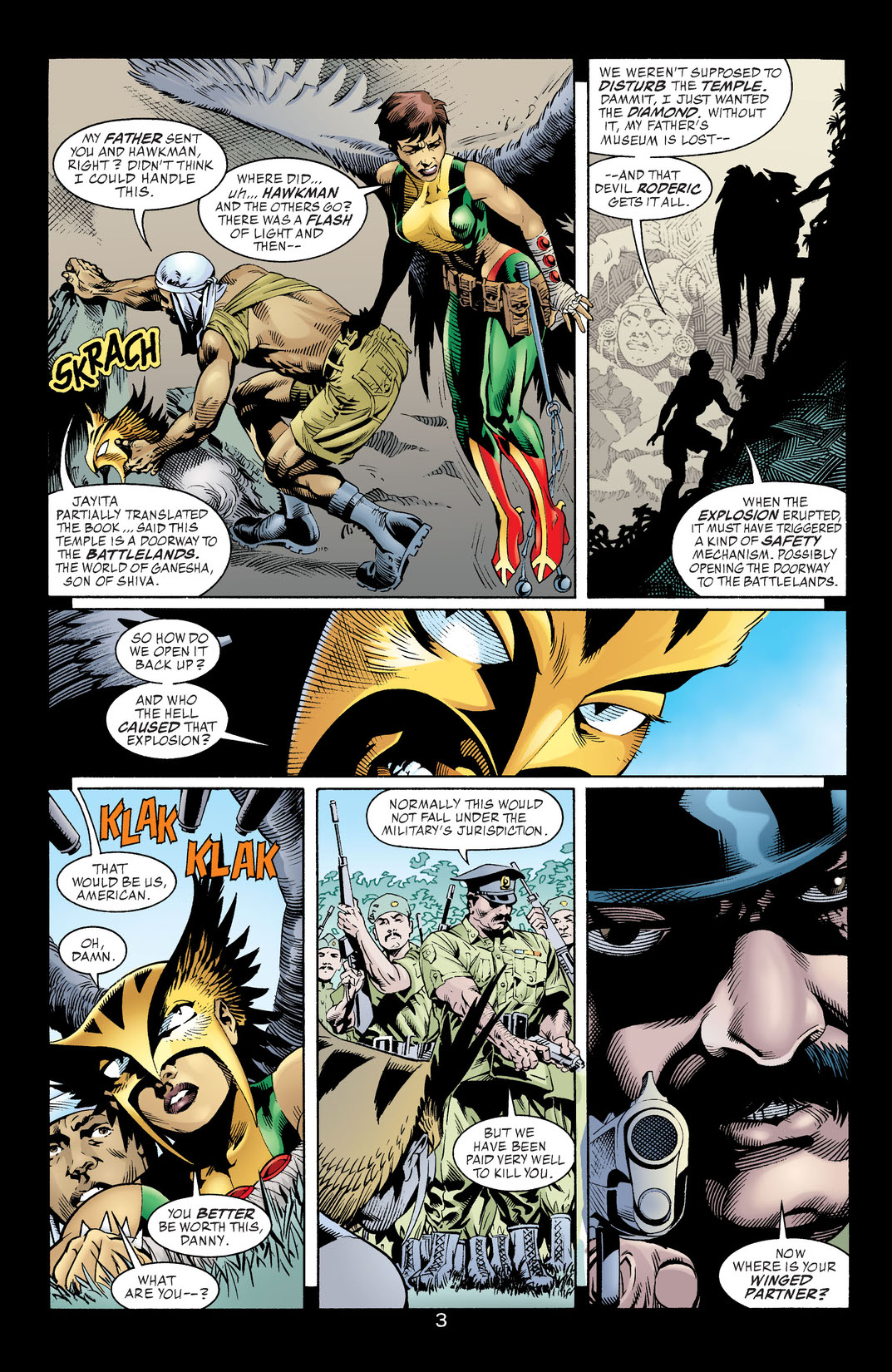 Hawkman finds himself trapped on the wrong side of an inter-dimensional portal! He'll have to find the safest path between two ancient warring tribes in an East-Indian world known as the Battlelands, and his only hope for survival lies in Hawkgirl—but her luck is running out...