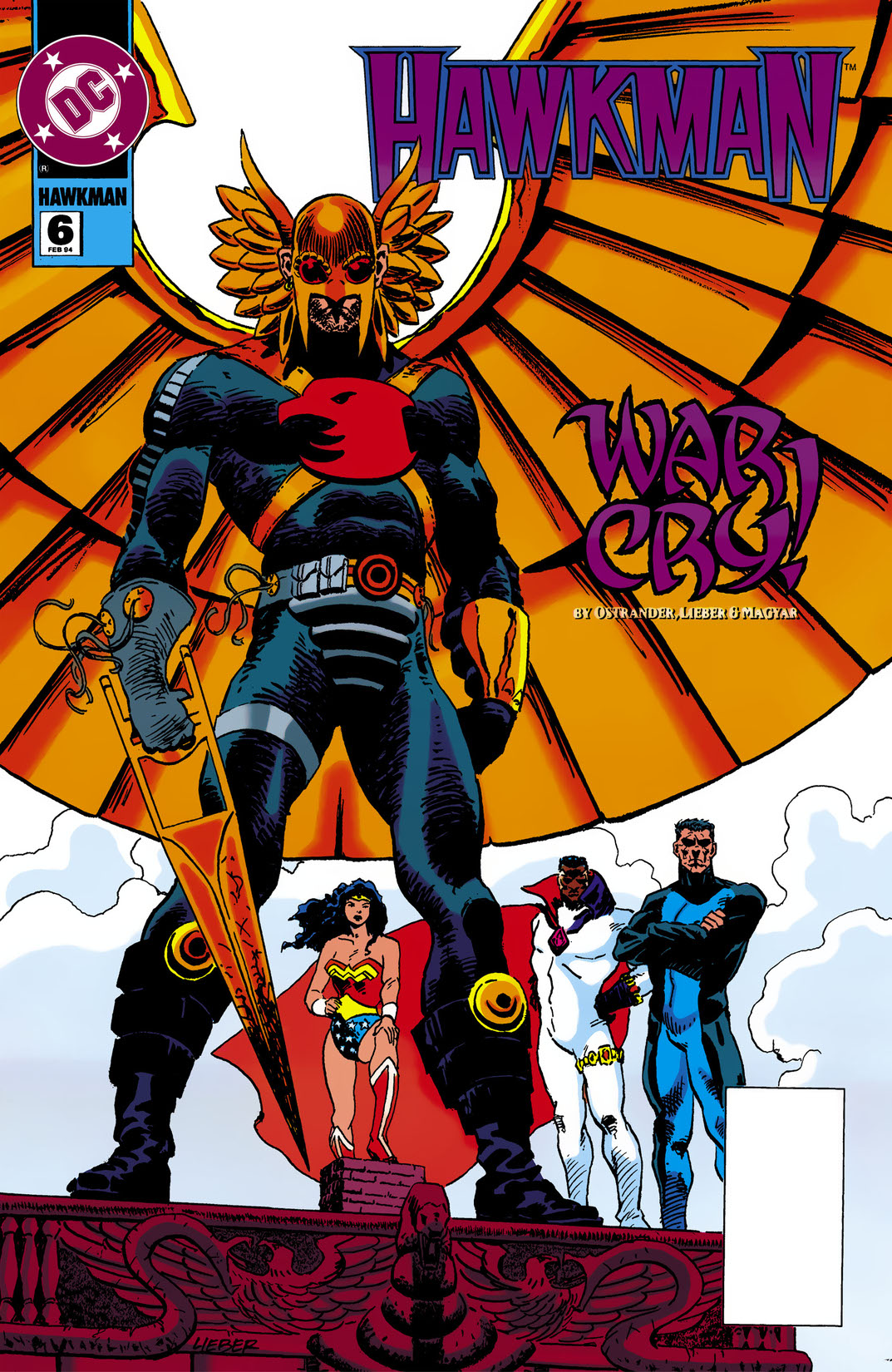 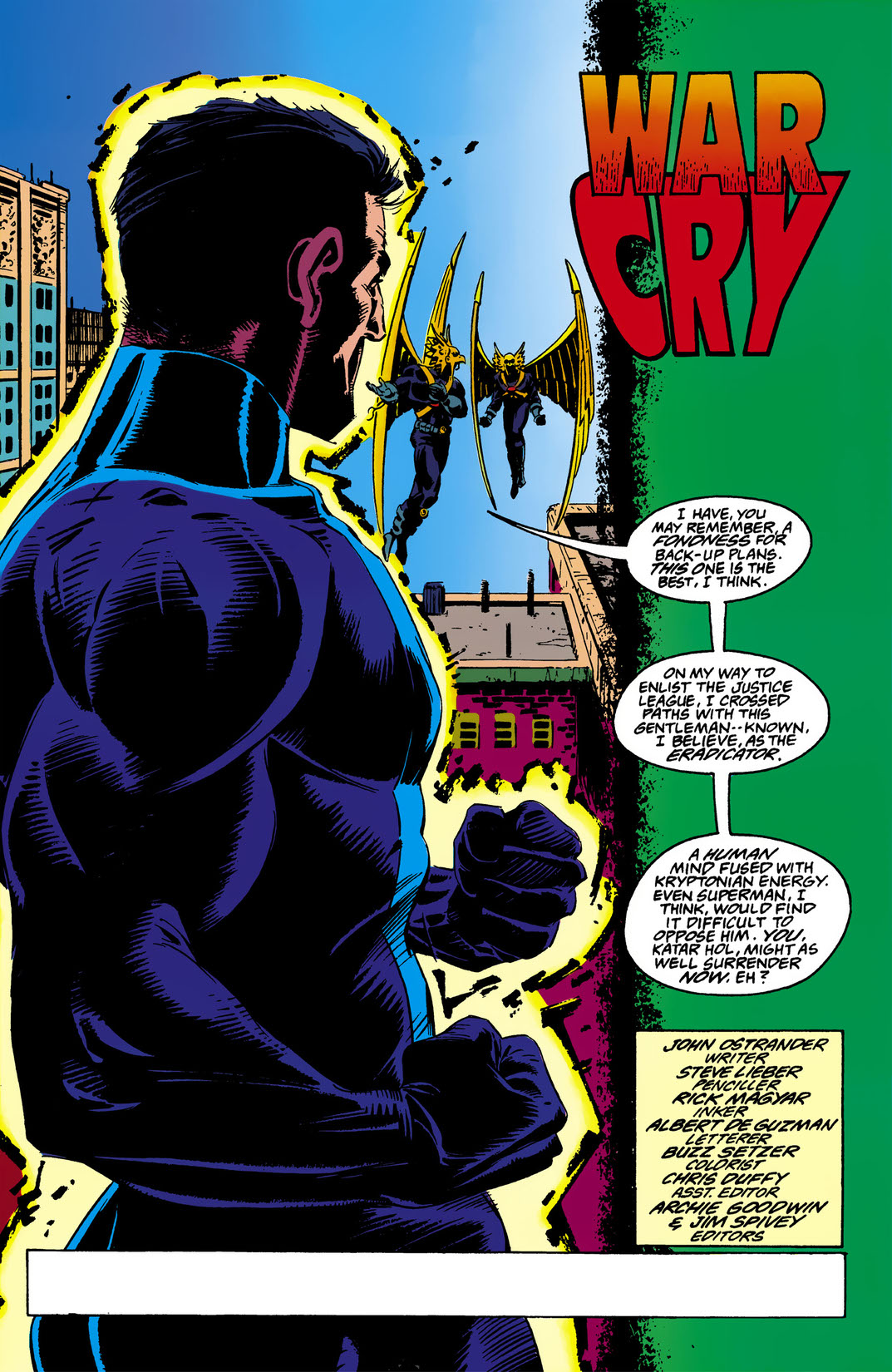 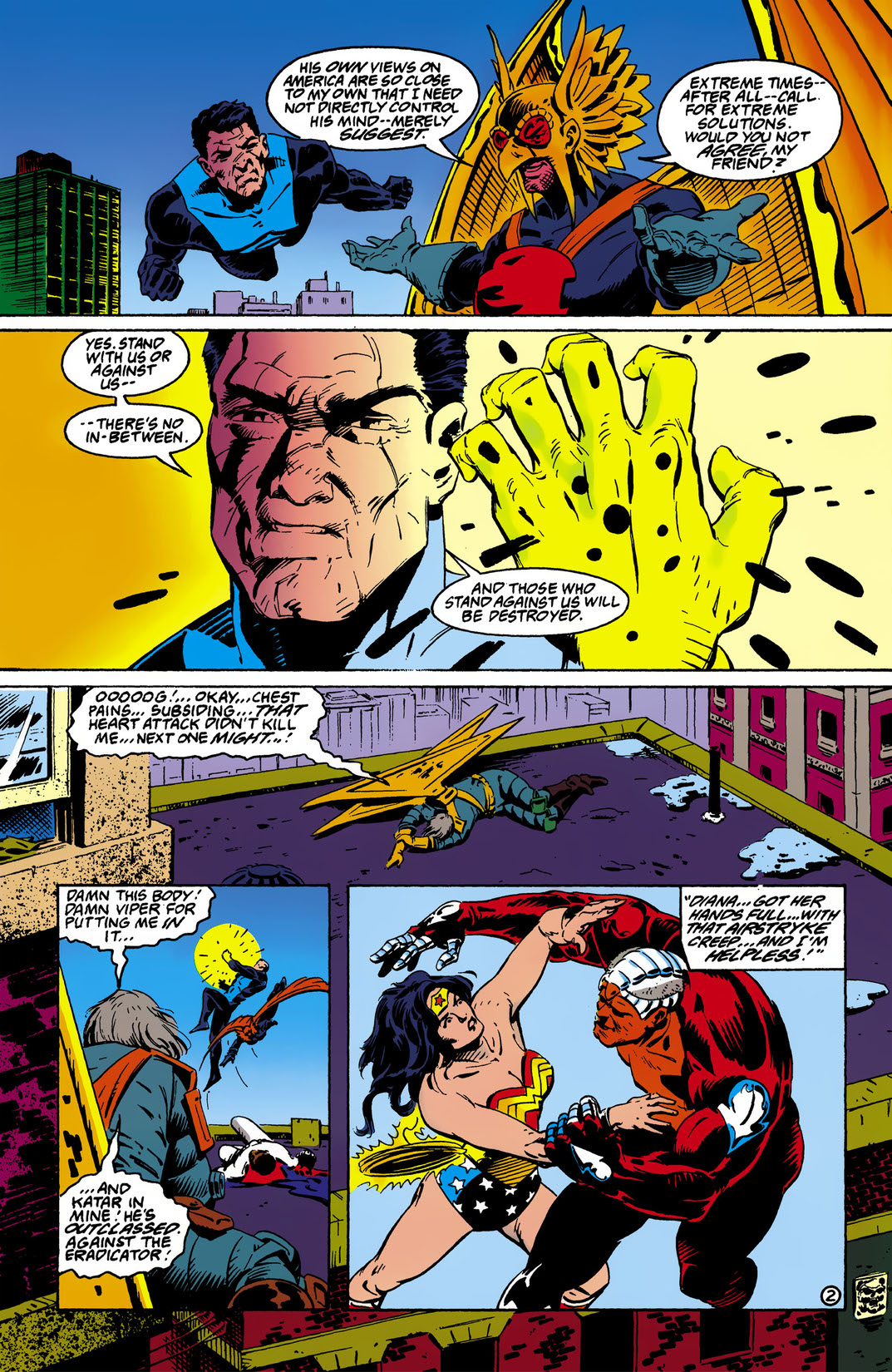 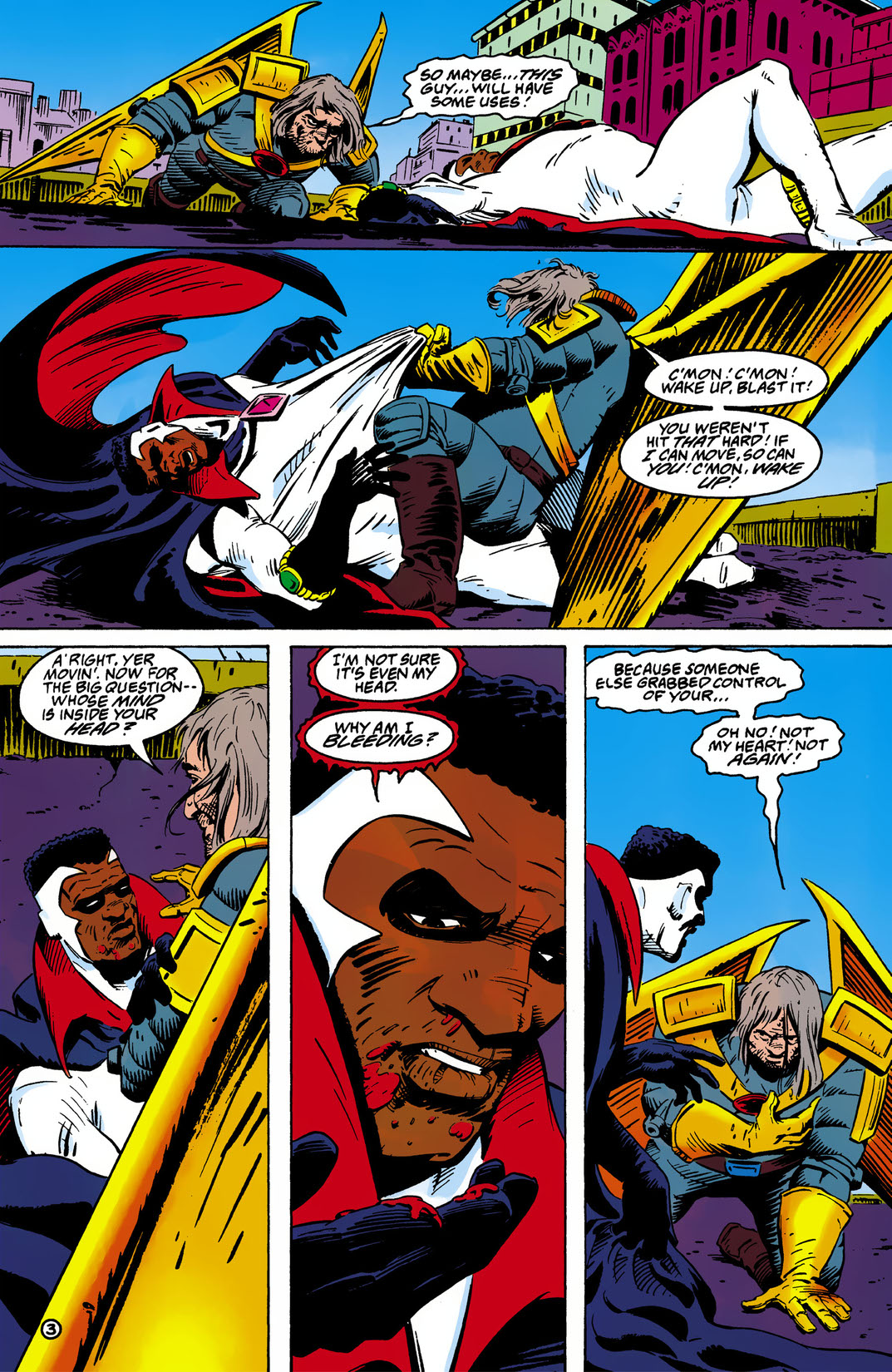 “WAR CRY!” Wonder Woman and Bloodwynd guest-star as members of the Justice League join the fight against the enhanced forces of Meta-Tech. Meanwhile, Hawkman and Hawkwoman take the battle to the spirit plane in an effort to return to their own bodies and bring an end to Count Viper!