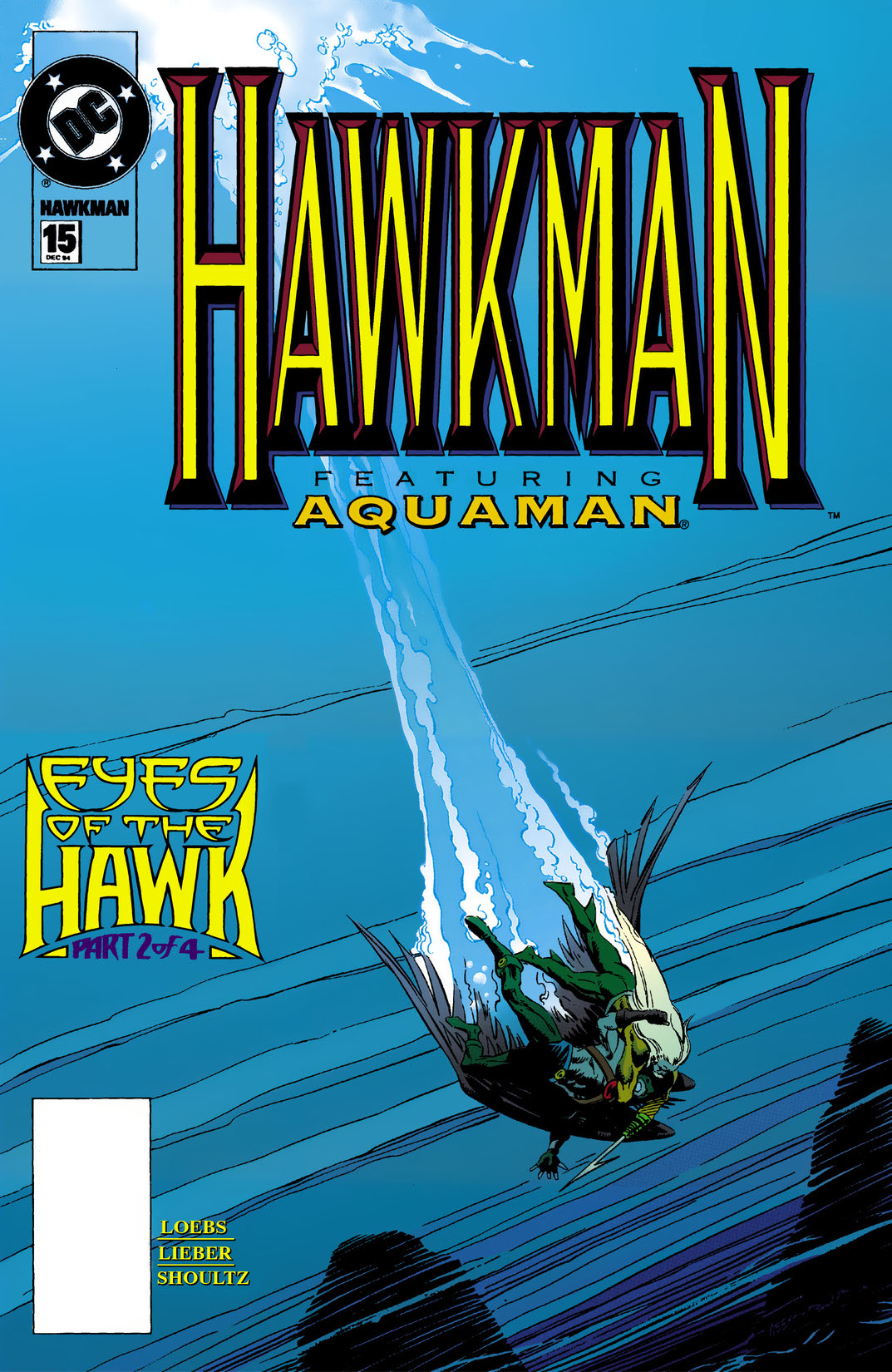 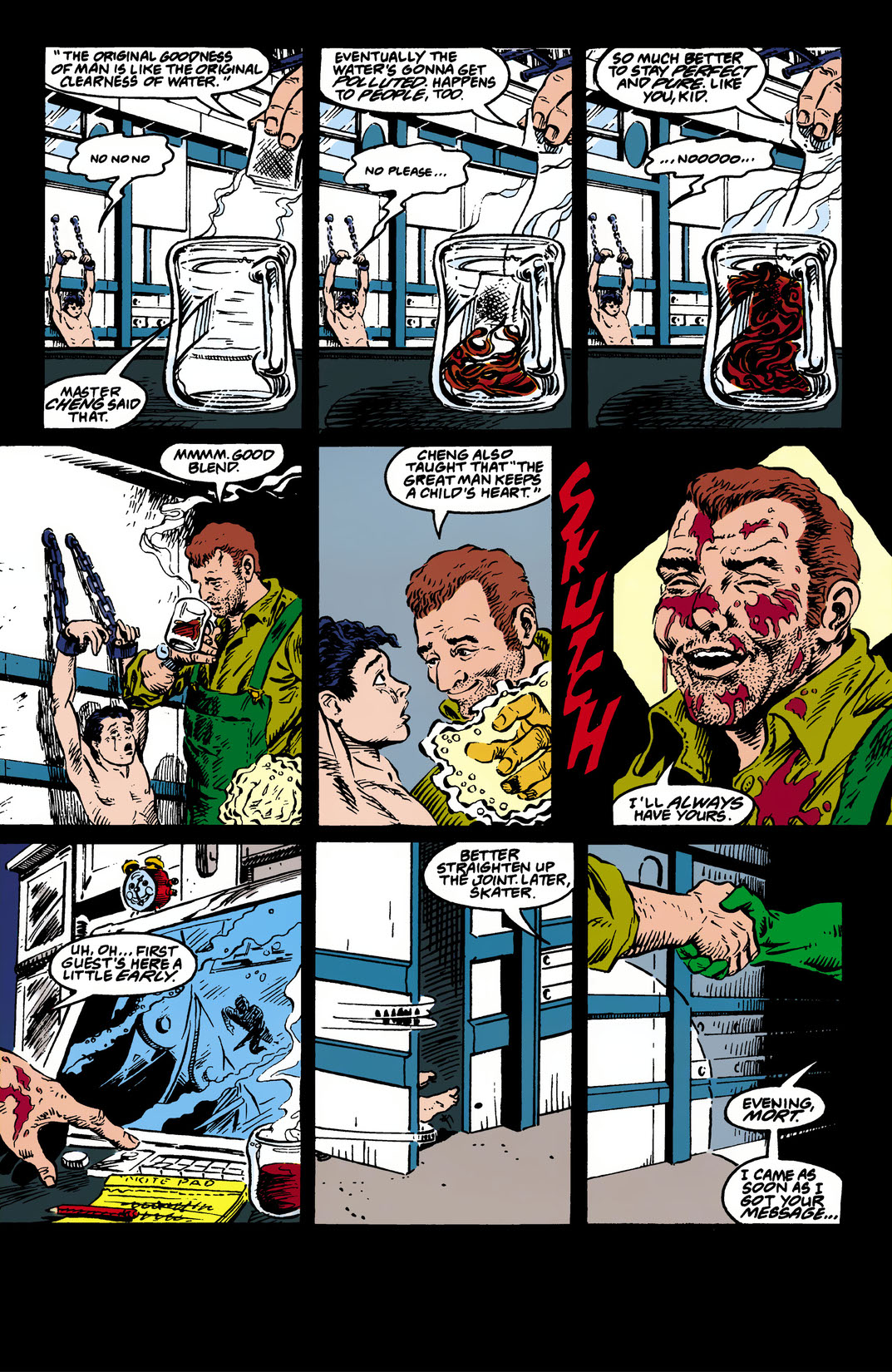 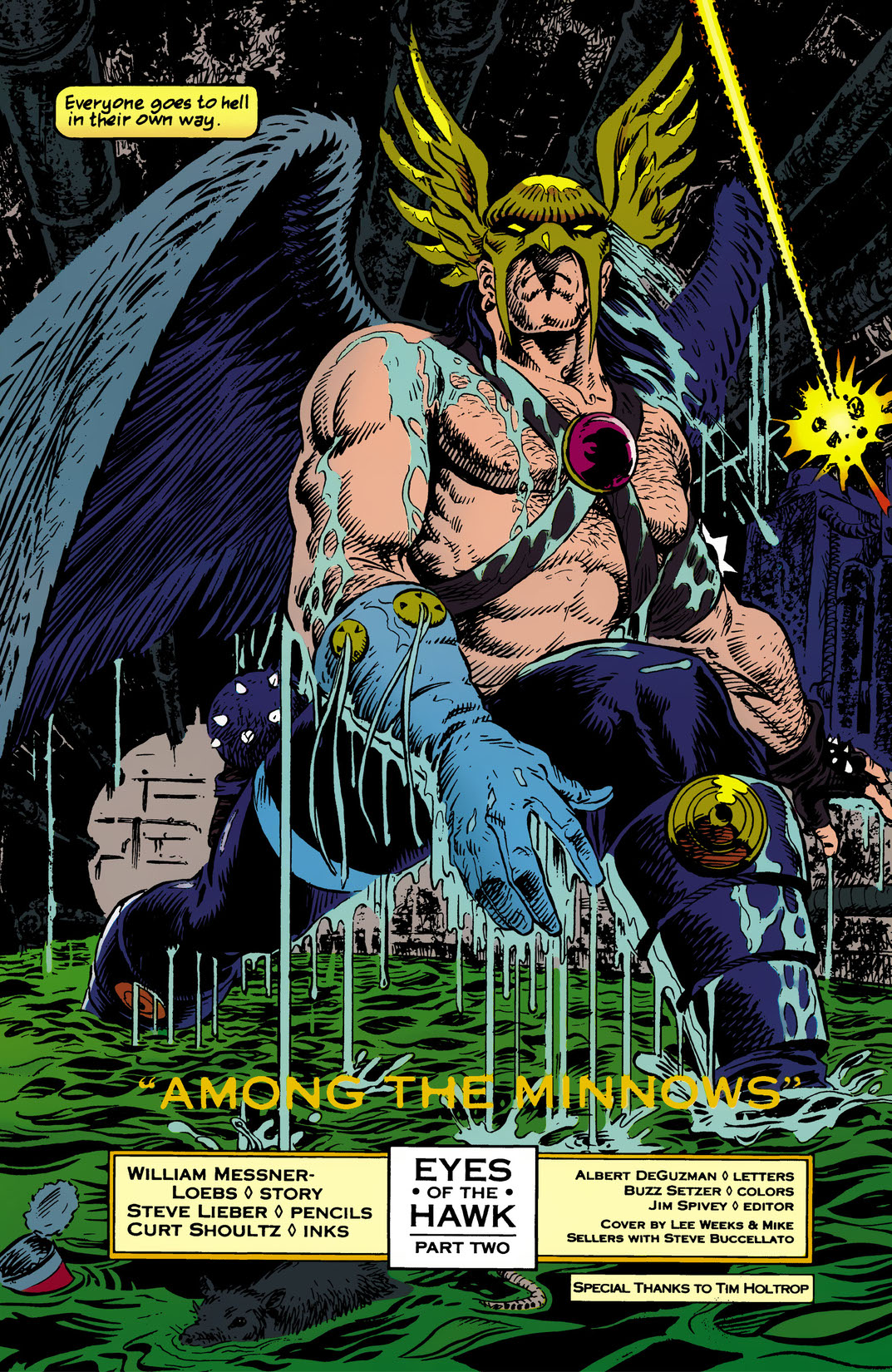 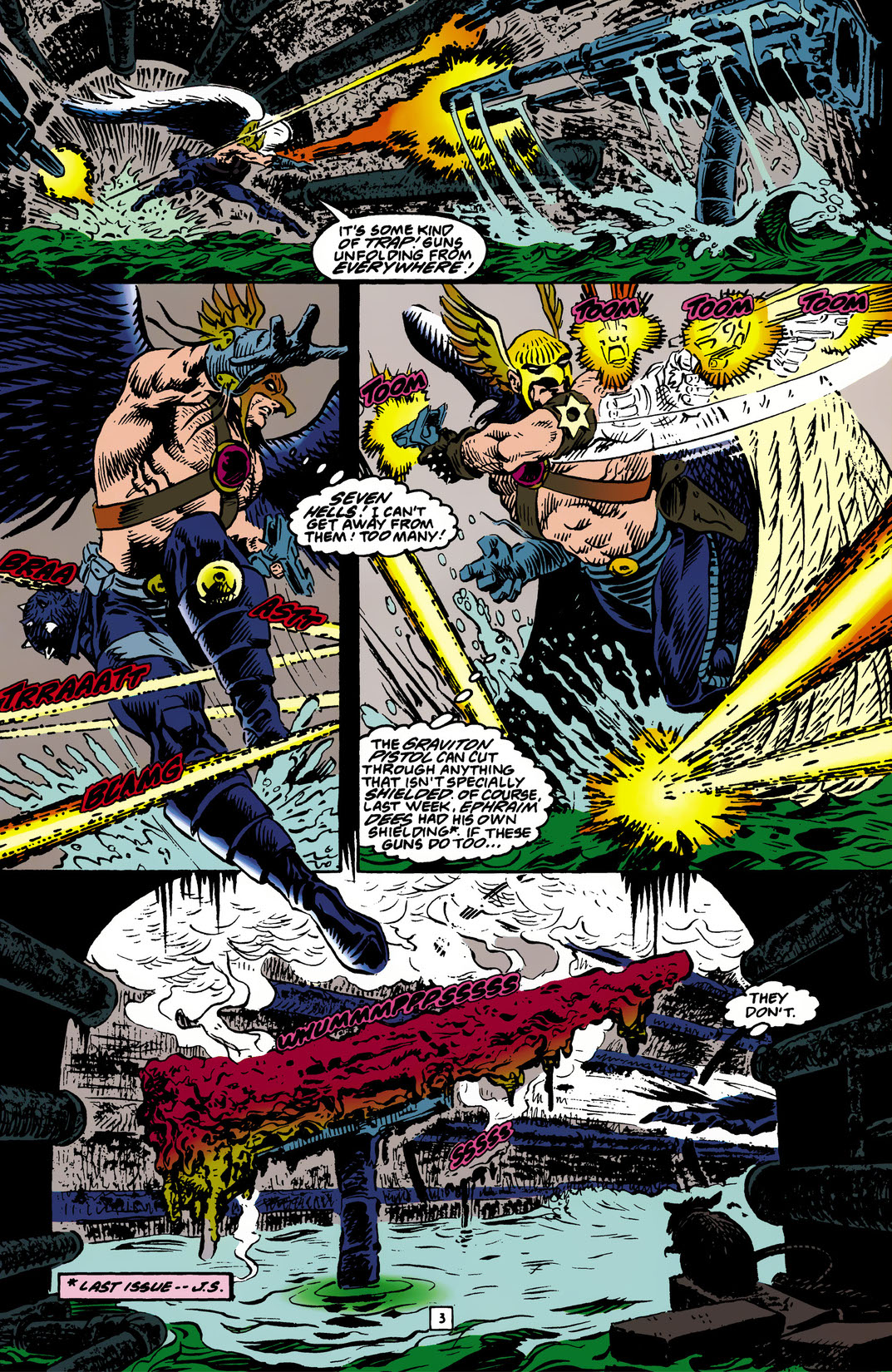 “EYES OF THE HAWK!” Part two! Aquaman guest-stars as, drawn unwillingly into an ancient and mysterious war, Hawkman’s quest for answers leads him to an adversary who has recruited a special defender—DC’s King of the Seven Seas. A historic battle ensues when these heroes are forced into a fight to the finish.