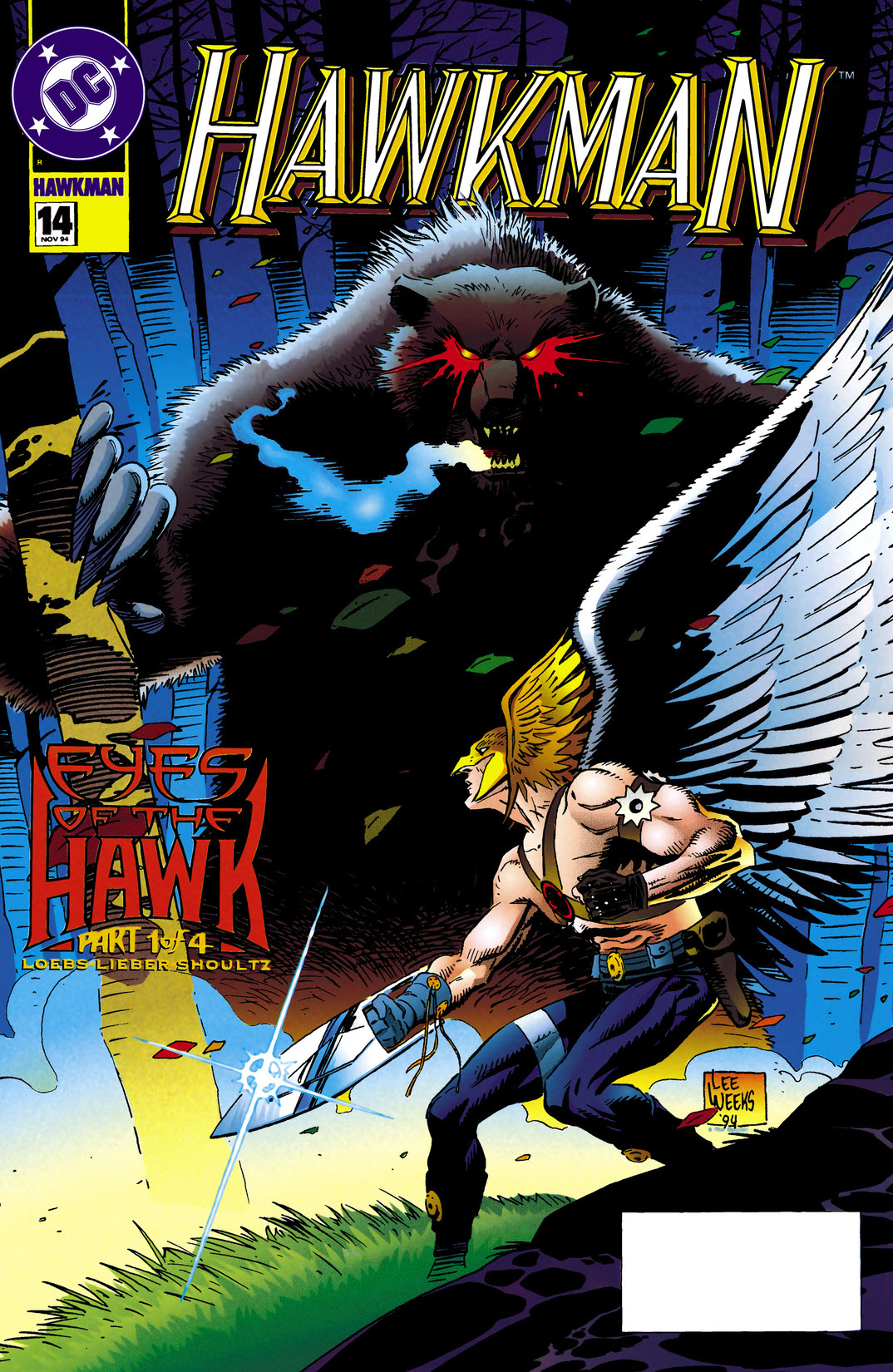 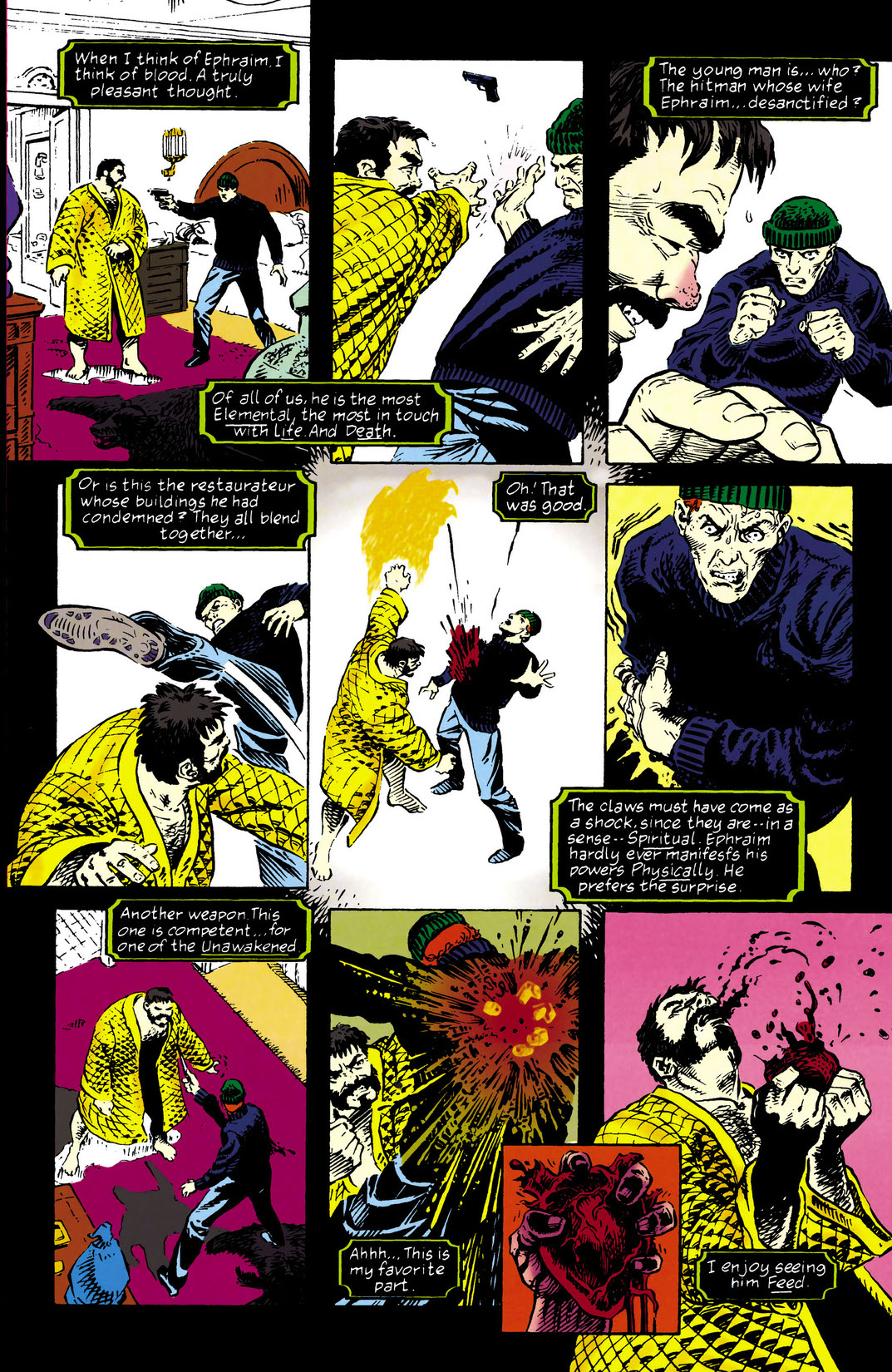 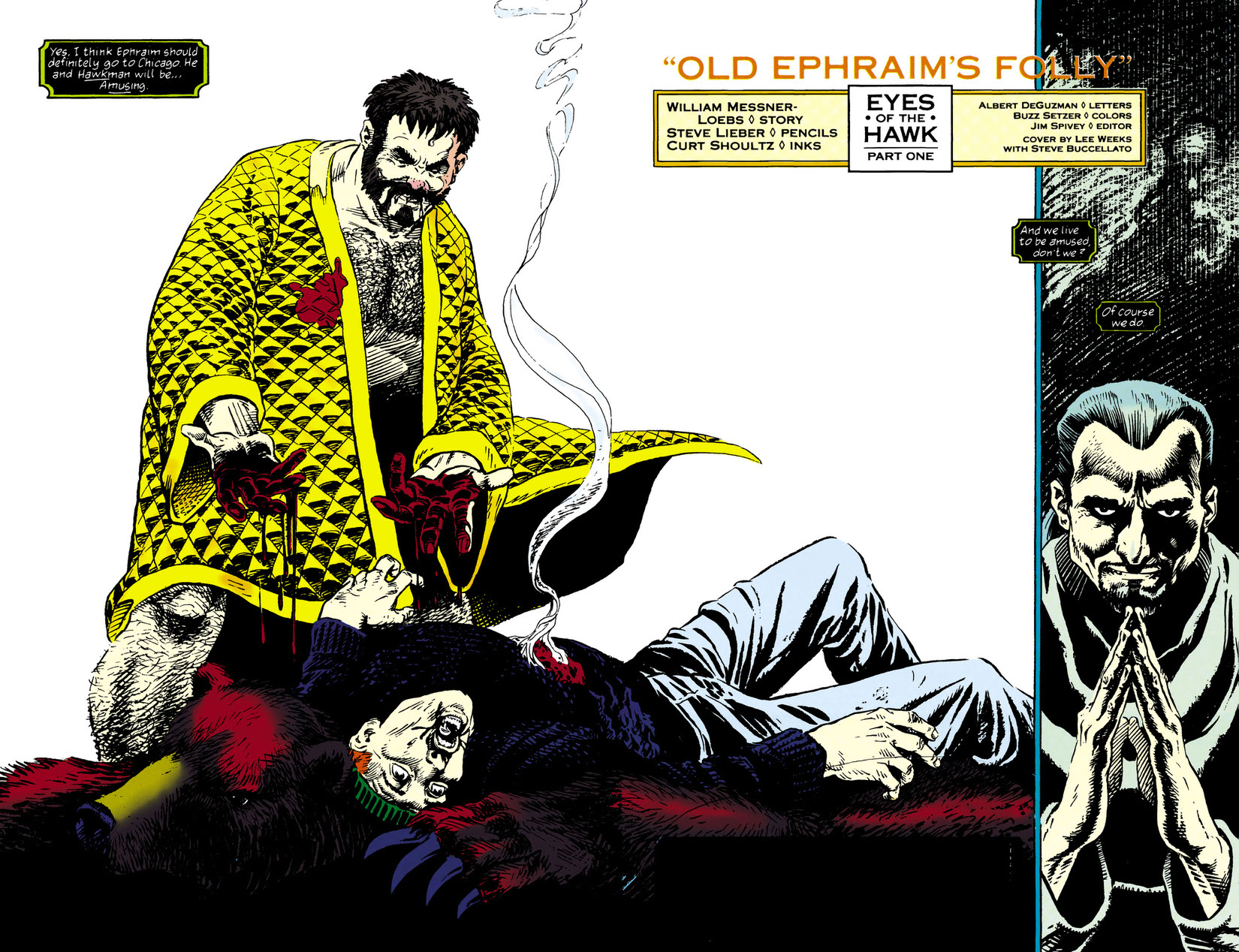 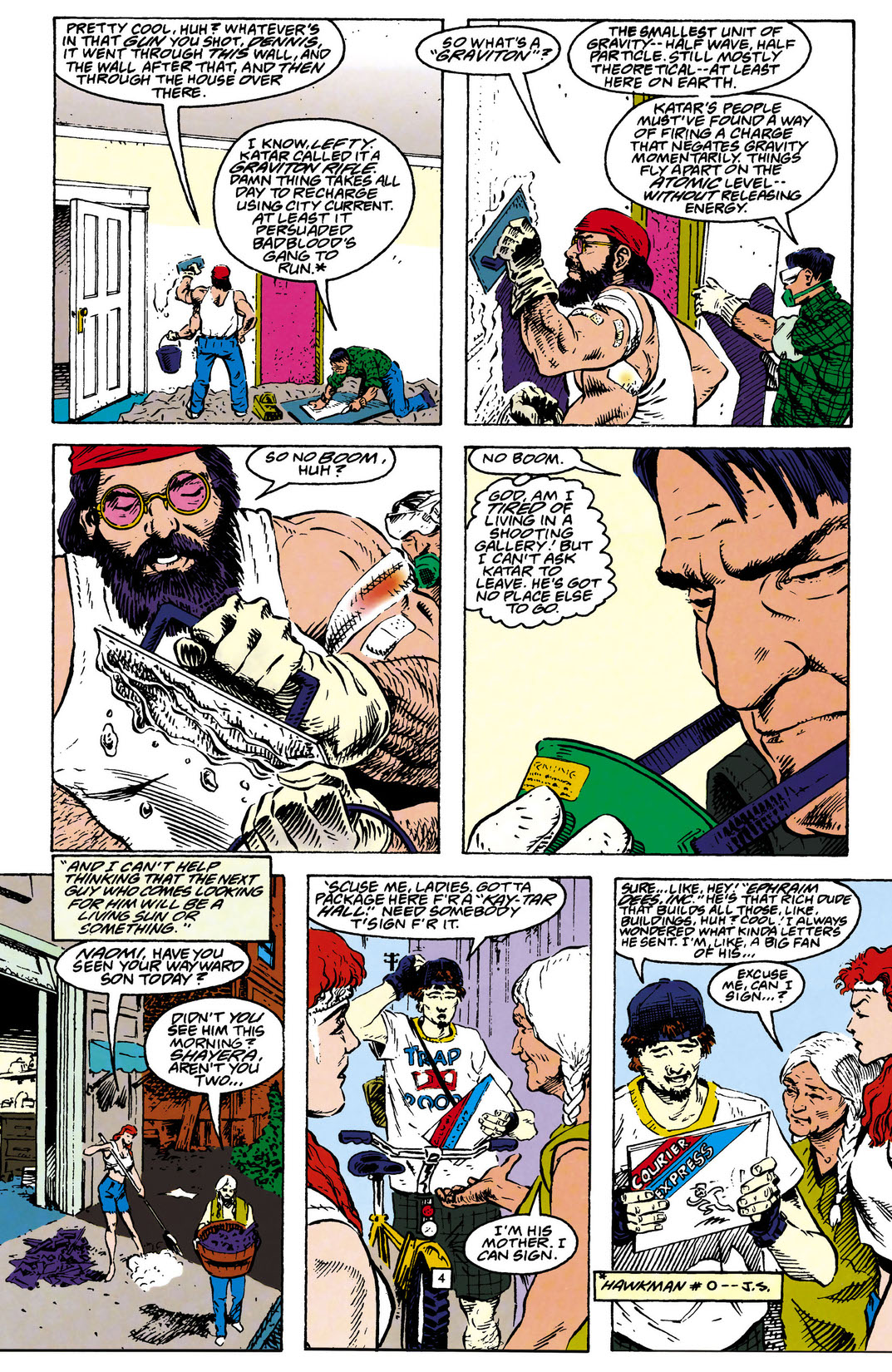 “EYES OF THE HAWK!” Part one! As Hawkman adjusts to the new abilities he acquired during the events of ZERO HOUR, he becomes embroiled in a war that has been waged secretly for centuries. His first adversary in this conflict is a being whose powers and experience far outmatch his own...but may stem from the same otherworldly dimension!