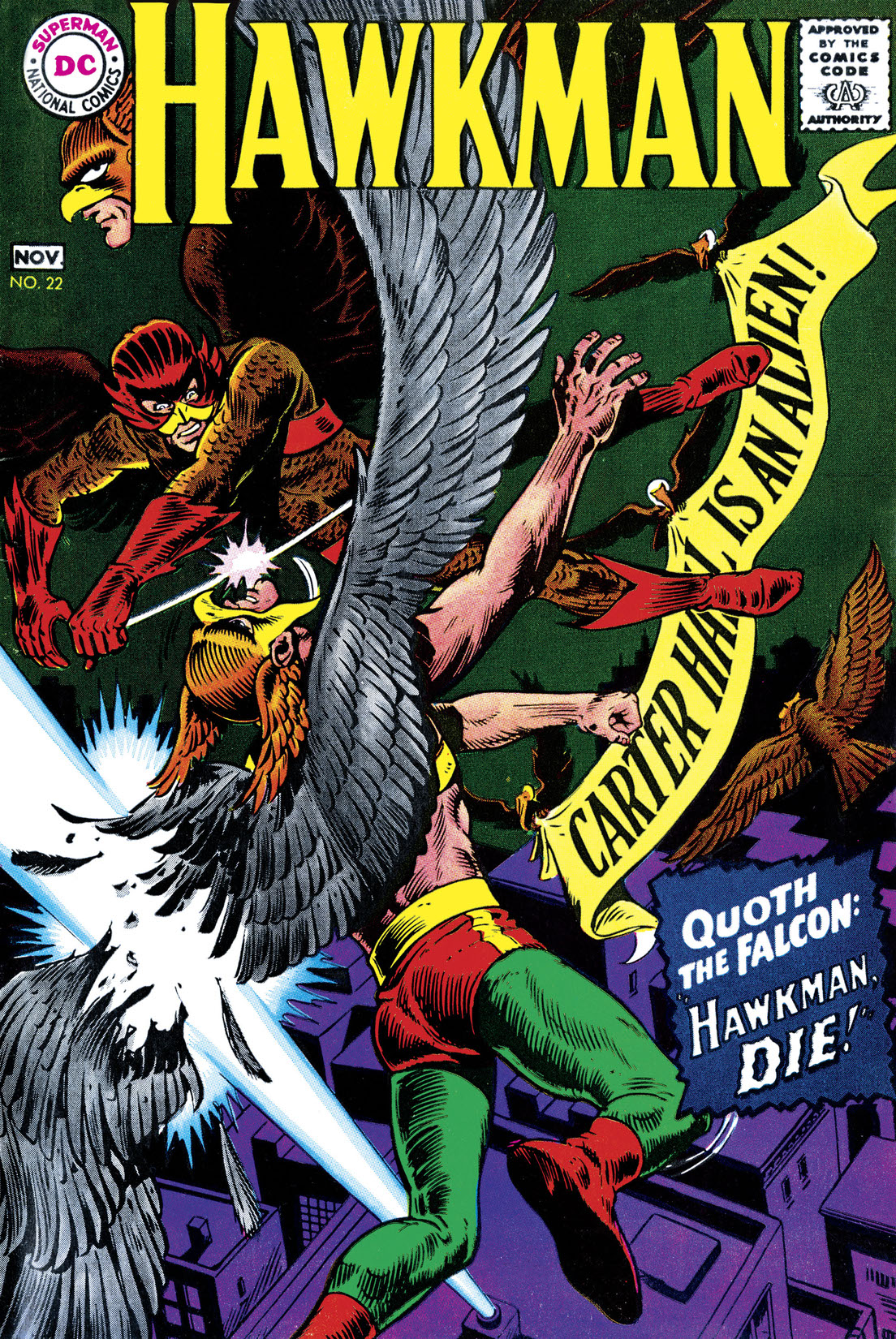 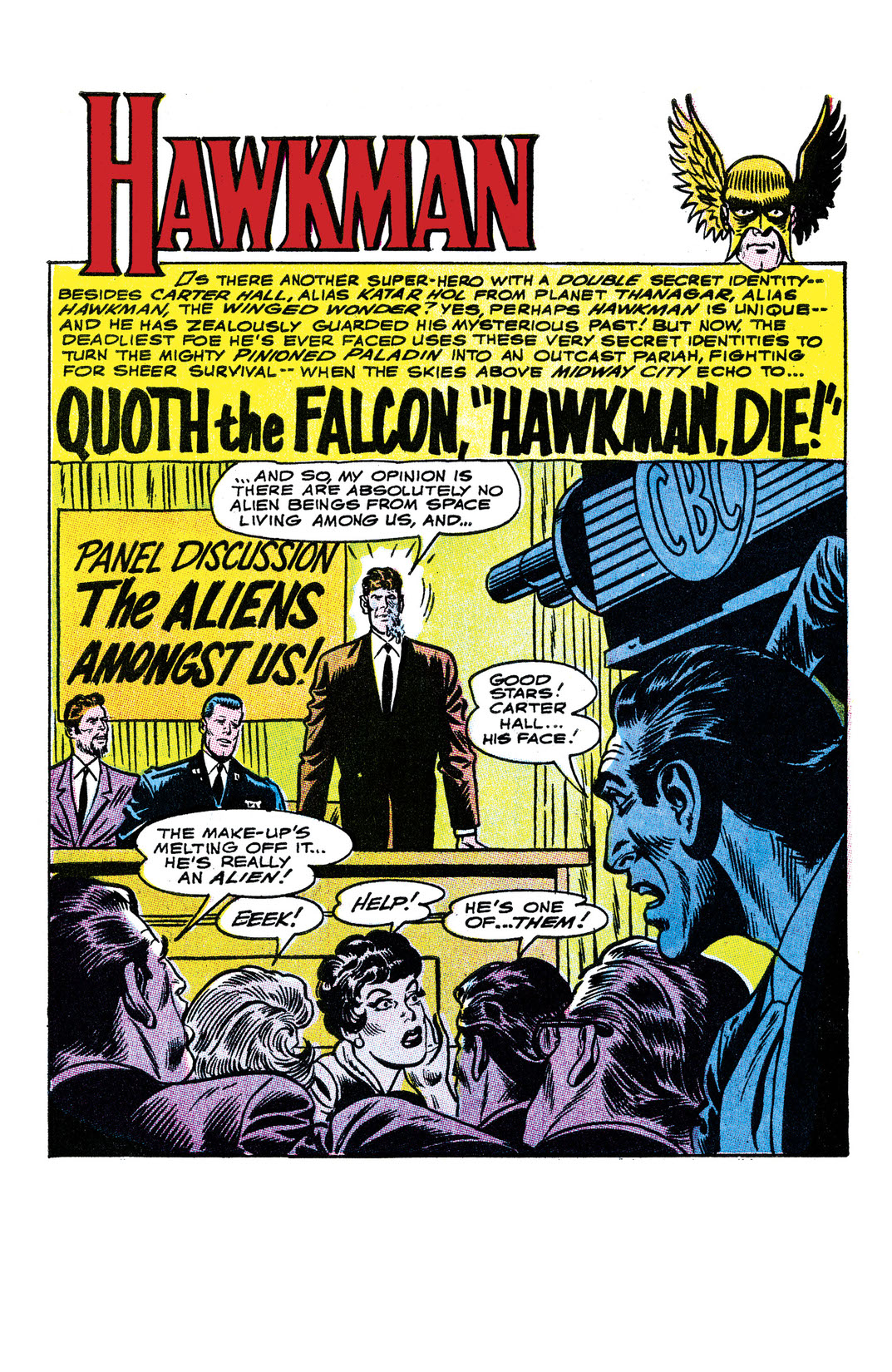 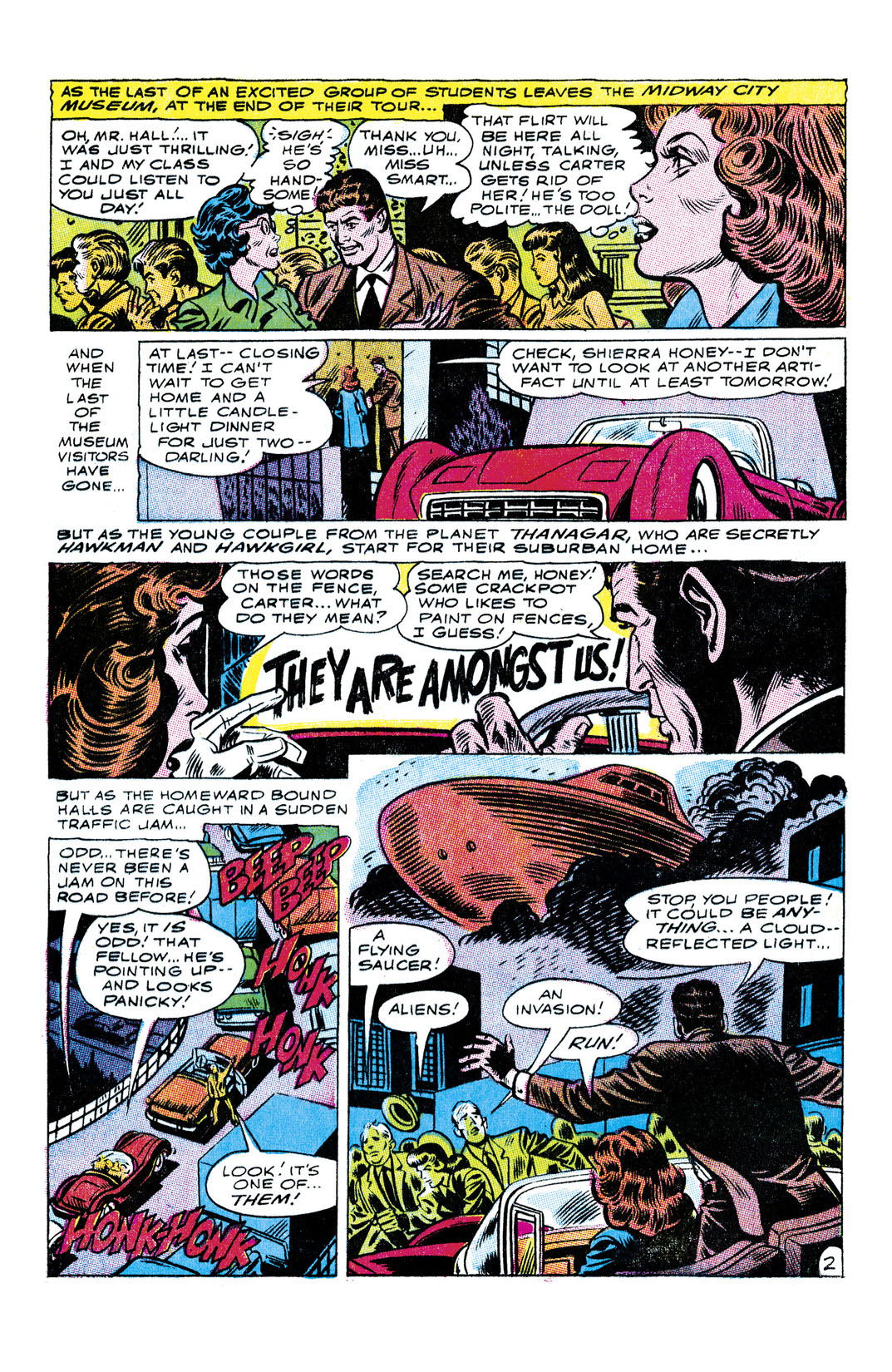 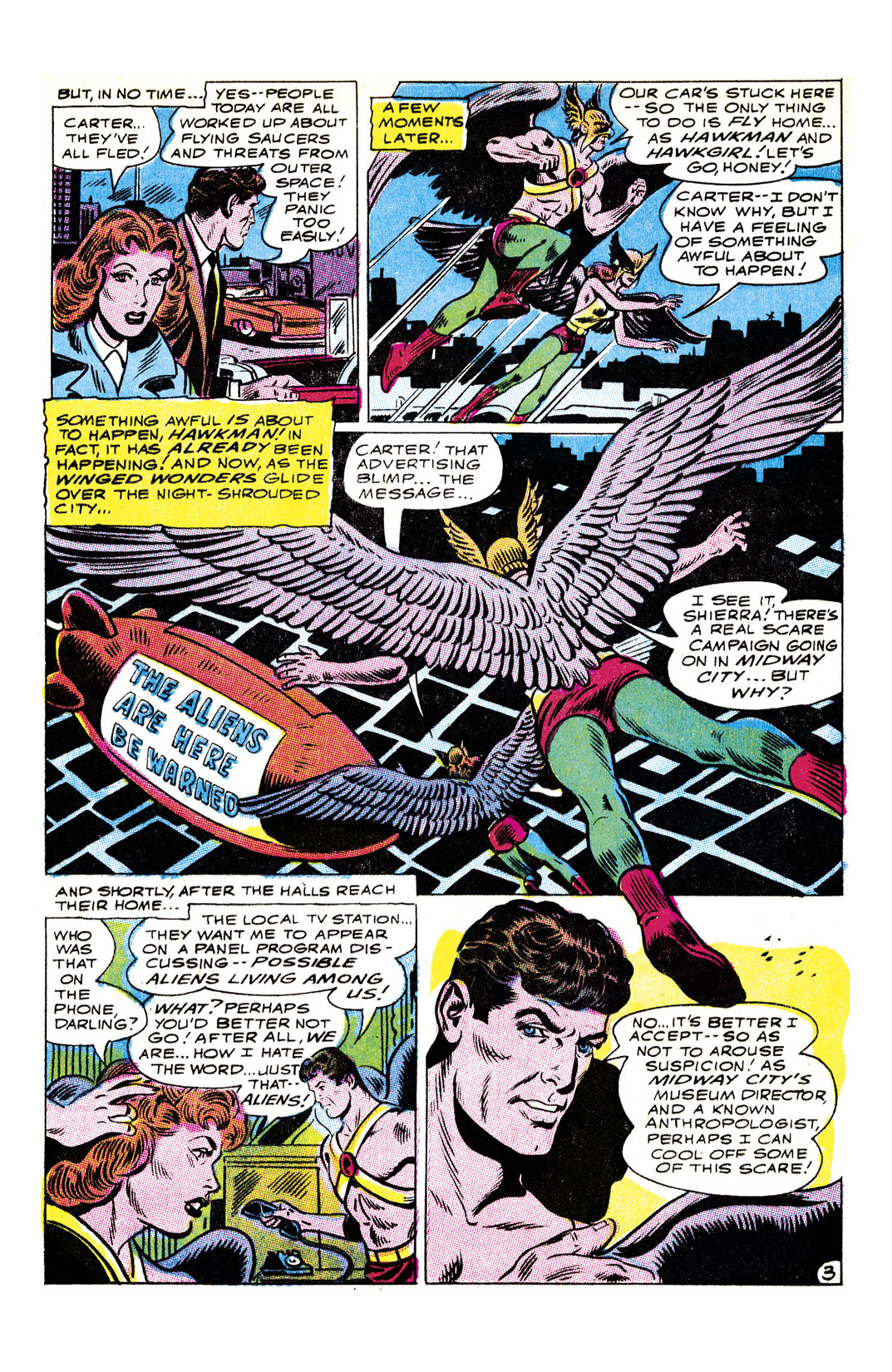 “QUOTH THE FALCON: HAWKMAN, DIE!” The Falcon has discovered Hawkman’s identity as Carter Hall and exposes Hall an as alien, believing that Hawkman will leave Midway City so that the Falcon can continue his evil ways without interference!