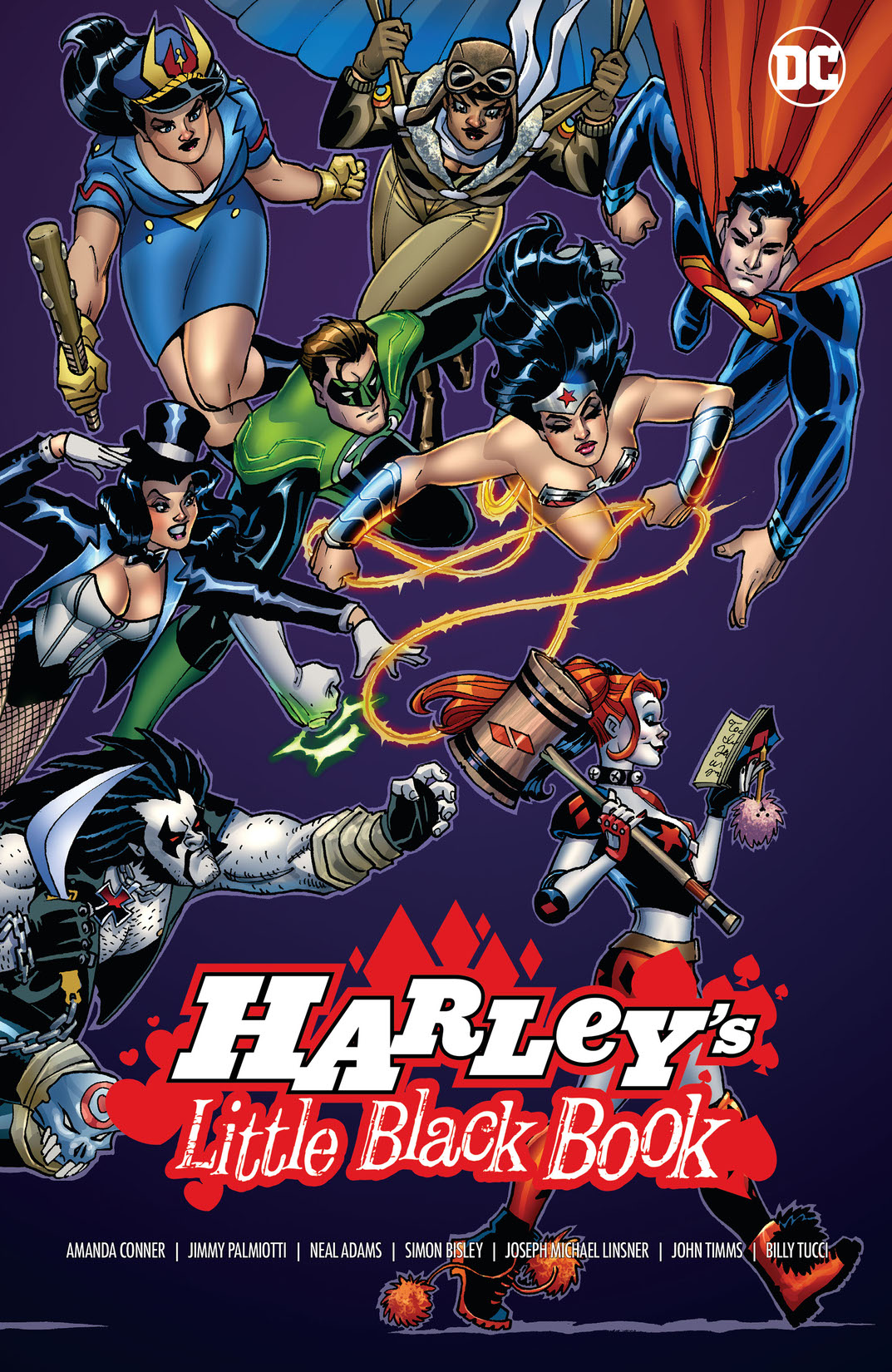 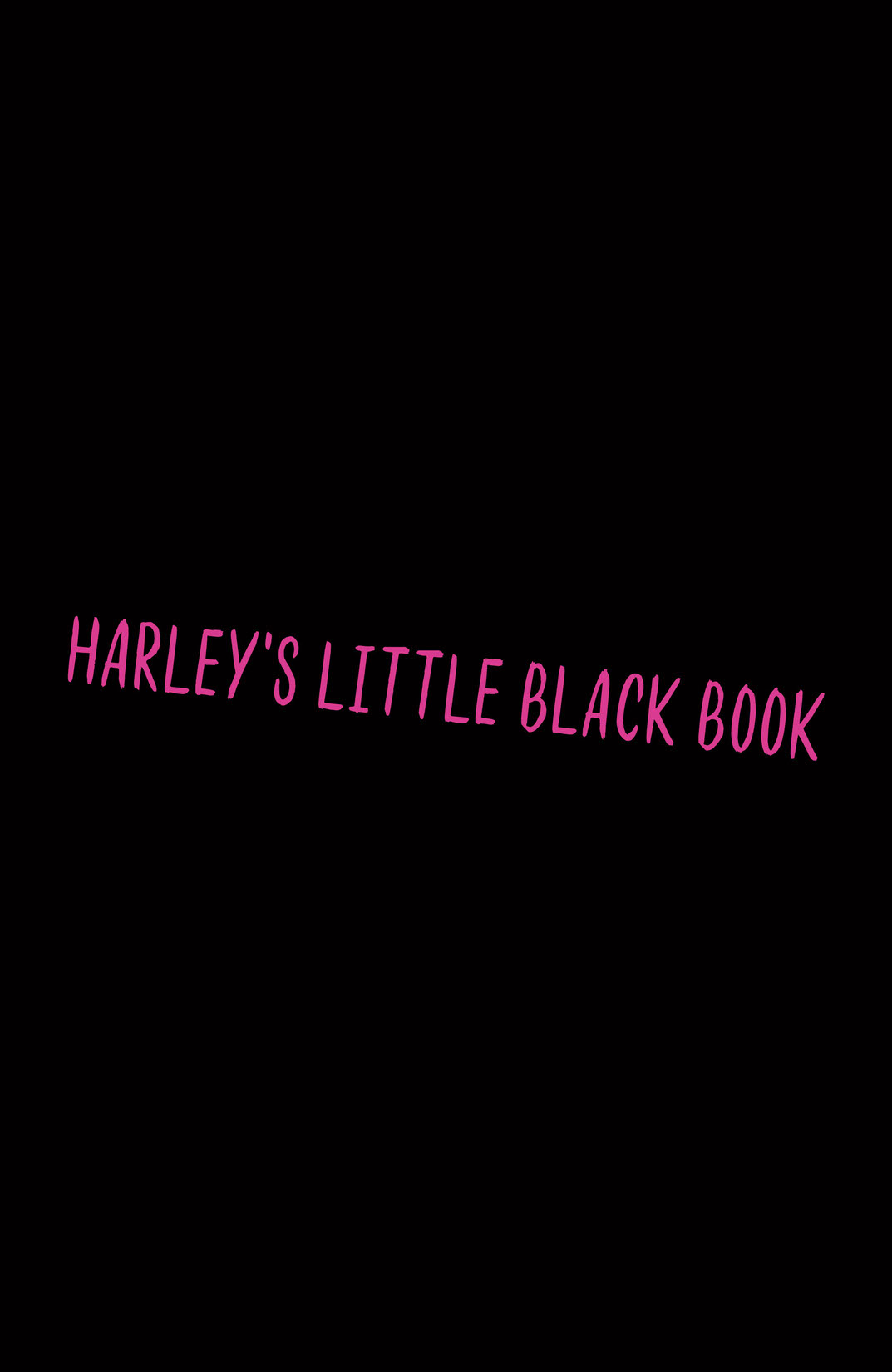 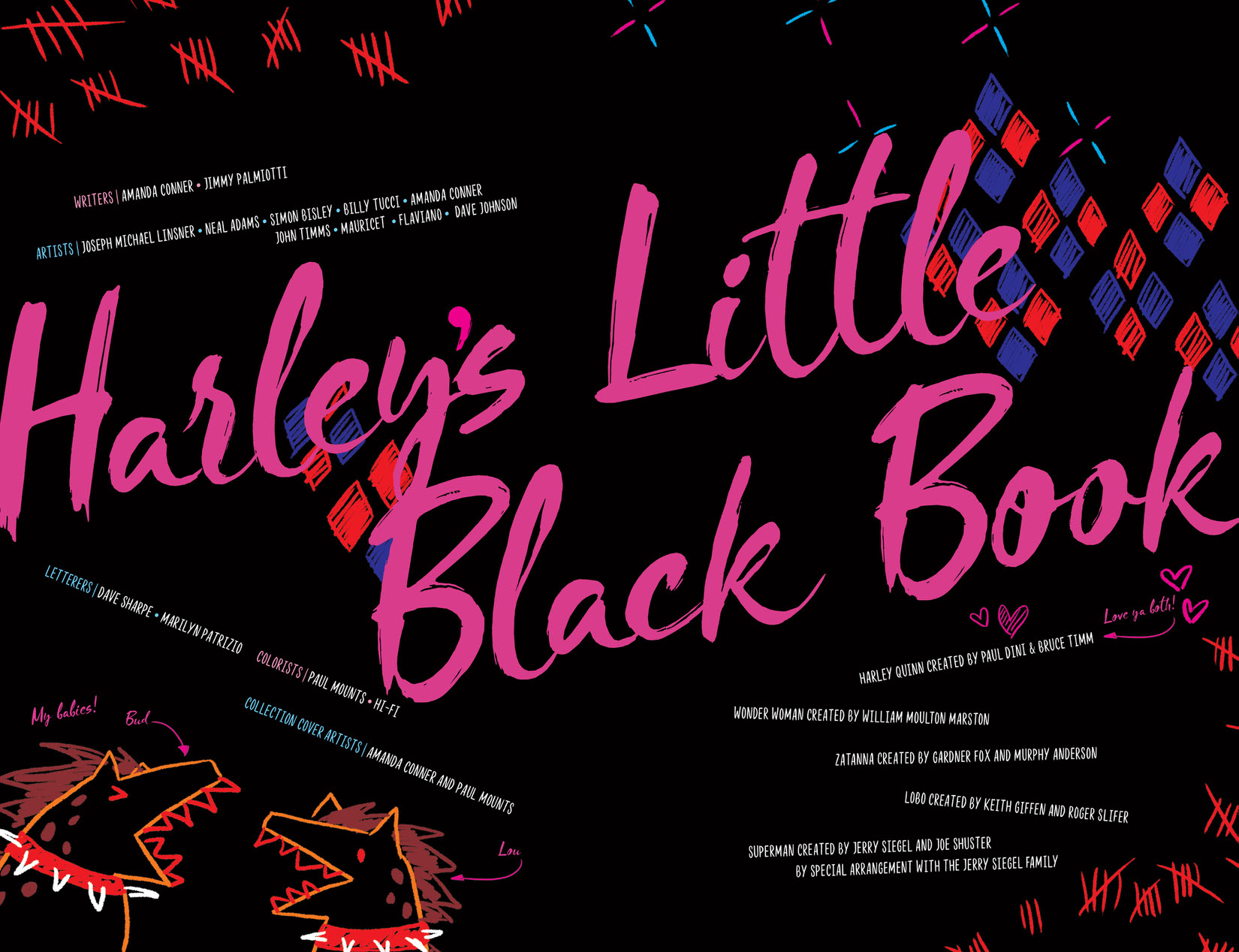 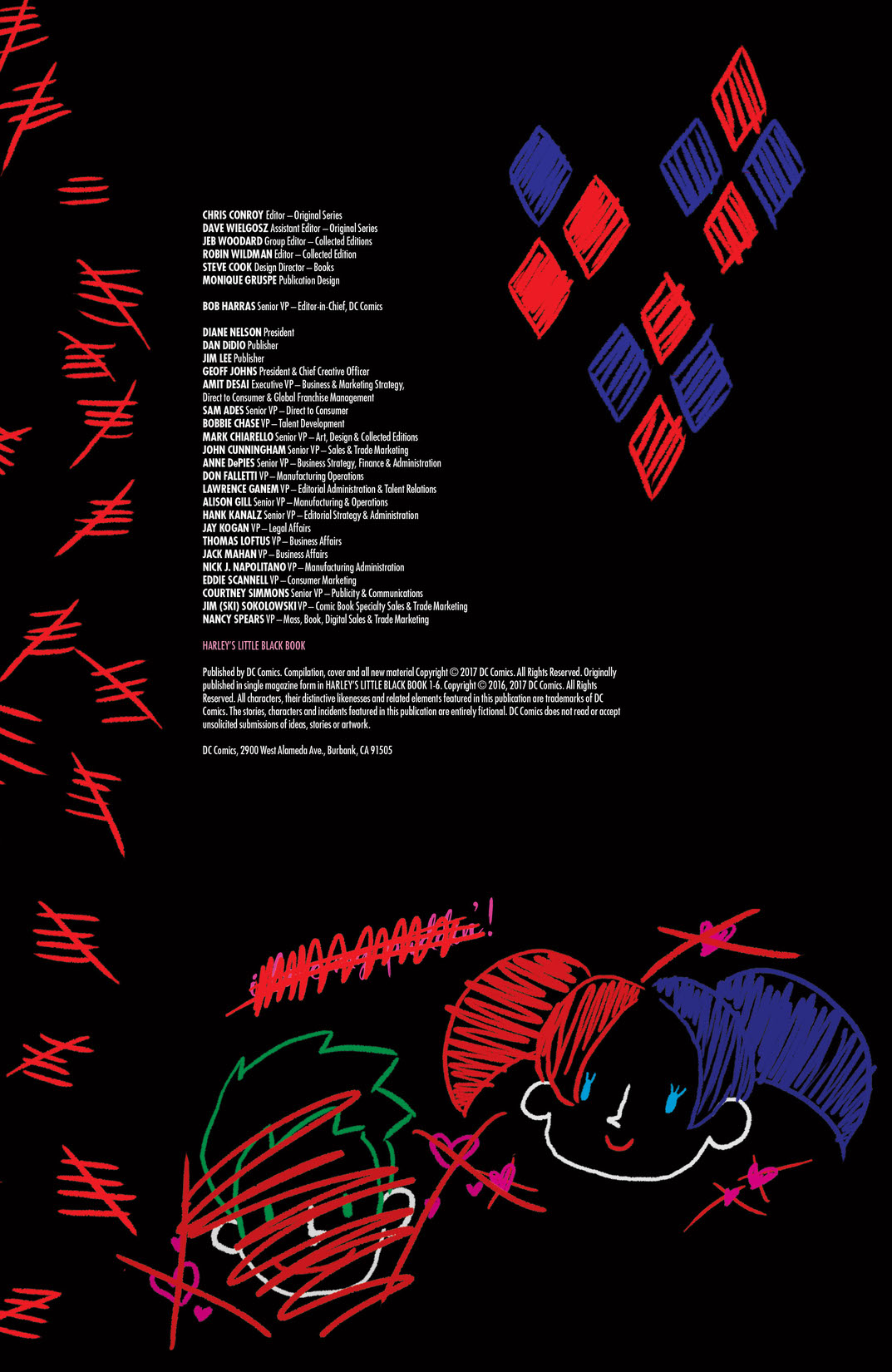 The fan-favorite creative team of Amanda Conner and Jimmy Palmiotti joins forces with a slew of superstar comics creators—including Neal Adams, Simon Bisley, Joseph Michael Linsner, Billy Tucci, John Timms and more—for HARLEY’S LITTLE BLACK BOOK. She’s the psychopathic psychotherapist with a heart of gold and a mind for mayhem. Now she’s uniting with the greatest heroes in the DC Universe in her very own team-up title. Ain’t it amazing? With the Joker firmly in her rearview mirror, Harley Quinn has become an antihero like no other. But sometimes she runs into threats too, uhh, threatening for any one person to beat. That’s when she turns to a who’s who of the biggest, baddest, most bodacious heroes in the whole universe! Superman. Wonder Woman. Green Lantern. Zatanna. Lobo. And…Harley Quinn??? Whoever’s tagging along, there’s one thing for sure: Wherever Harley goes, high-octane hijinks are sure to follow! Flip through at your own risk! Collects the full six-issue miniseries.