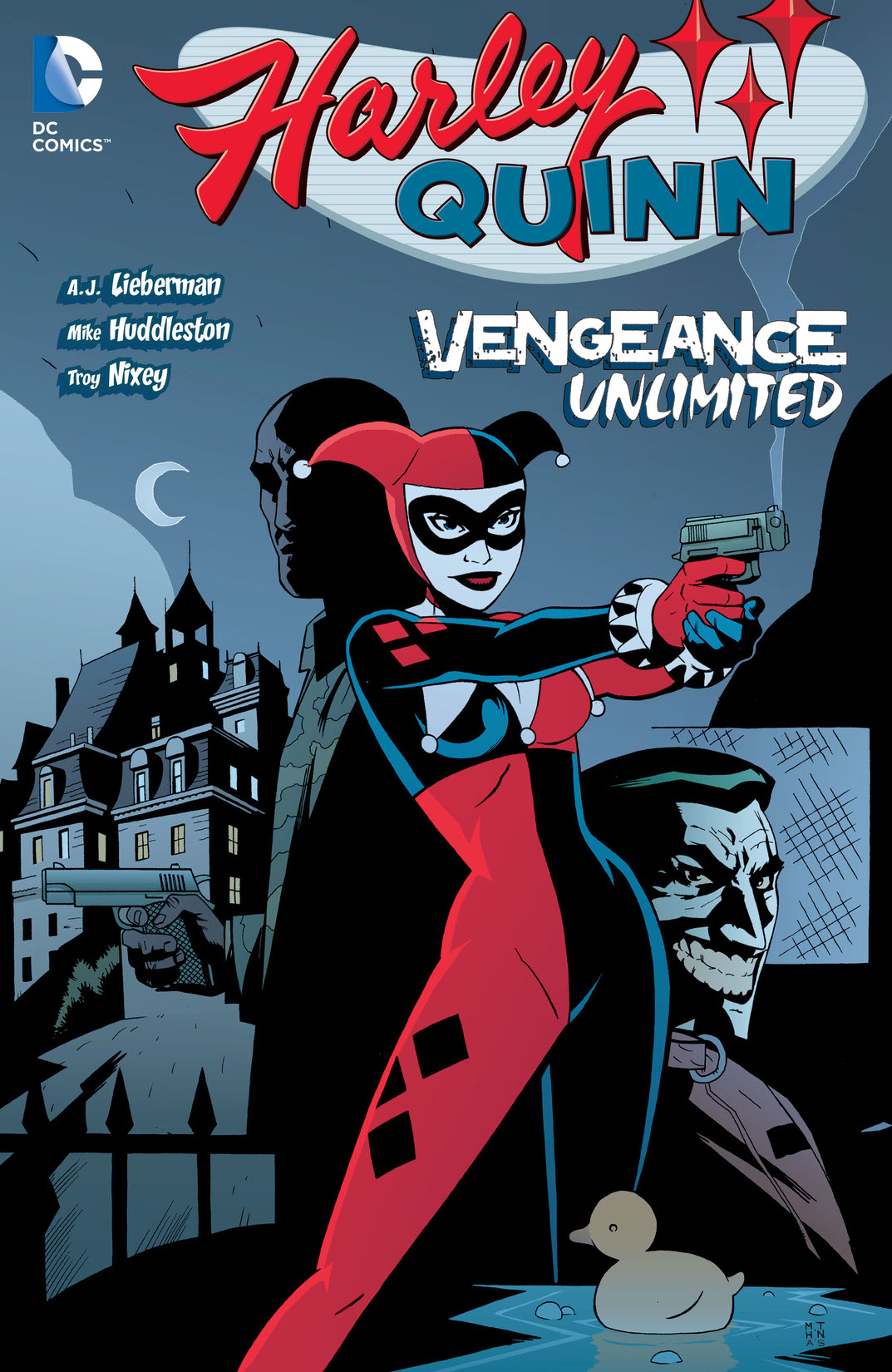 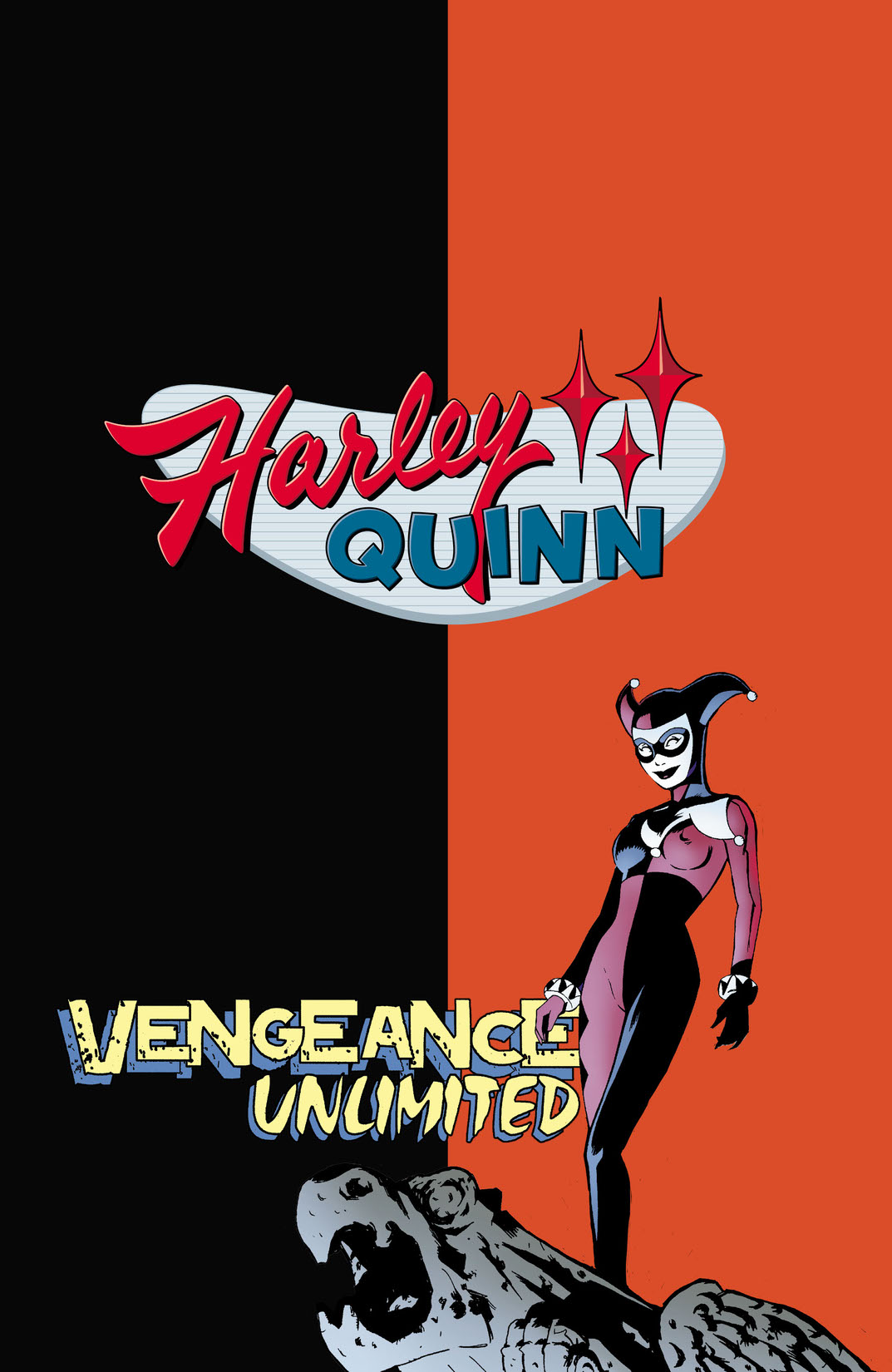 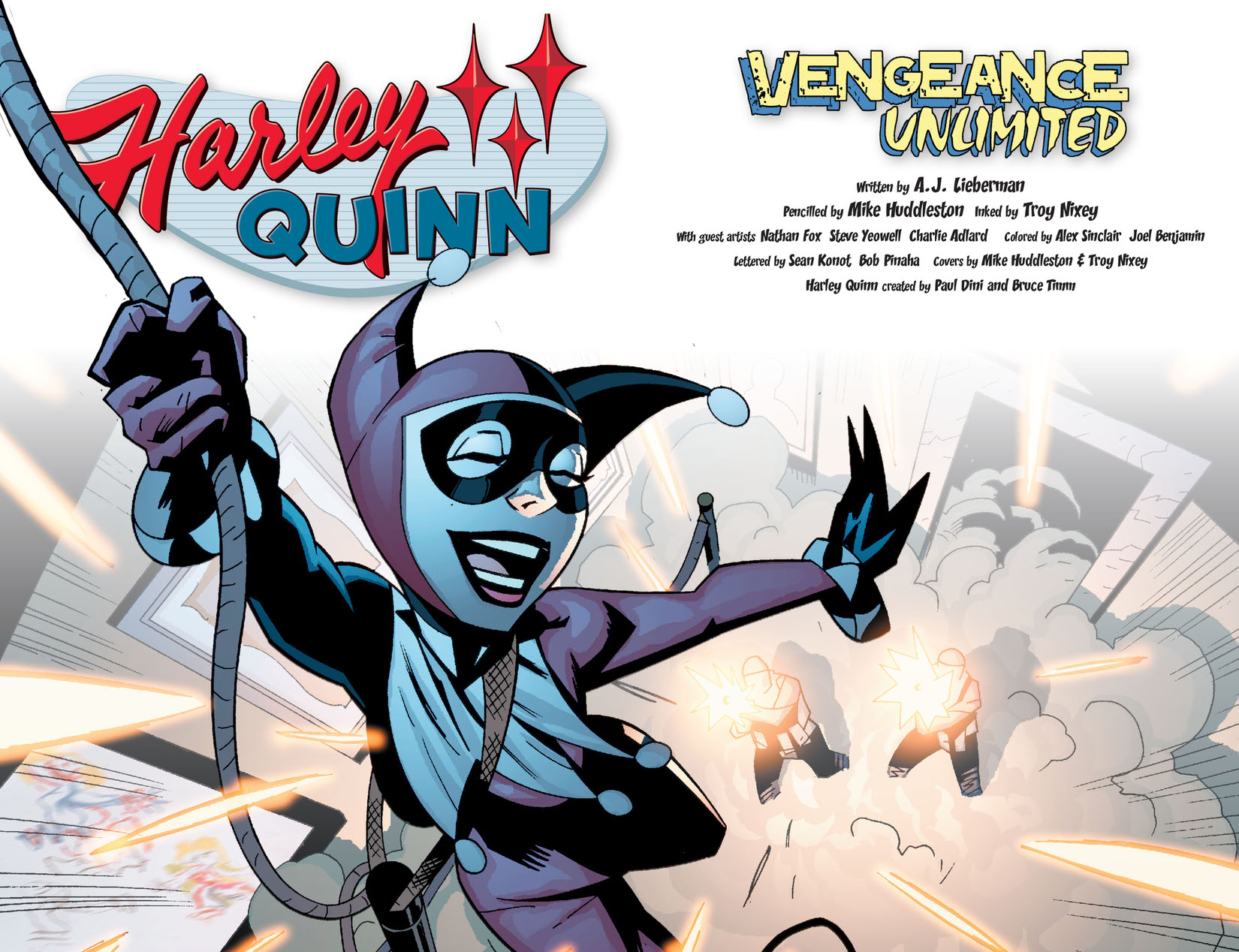 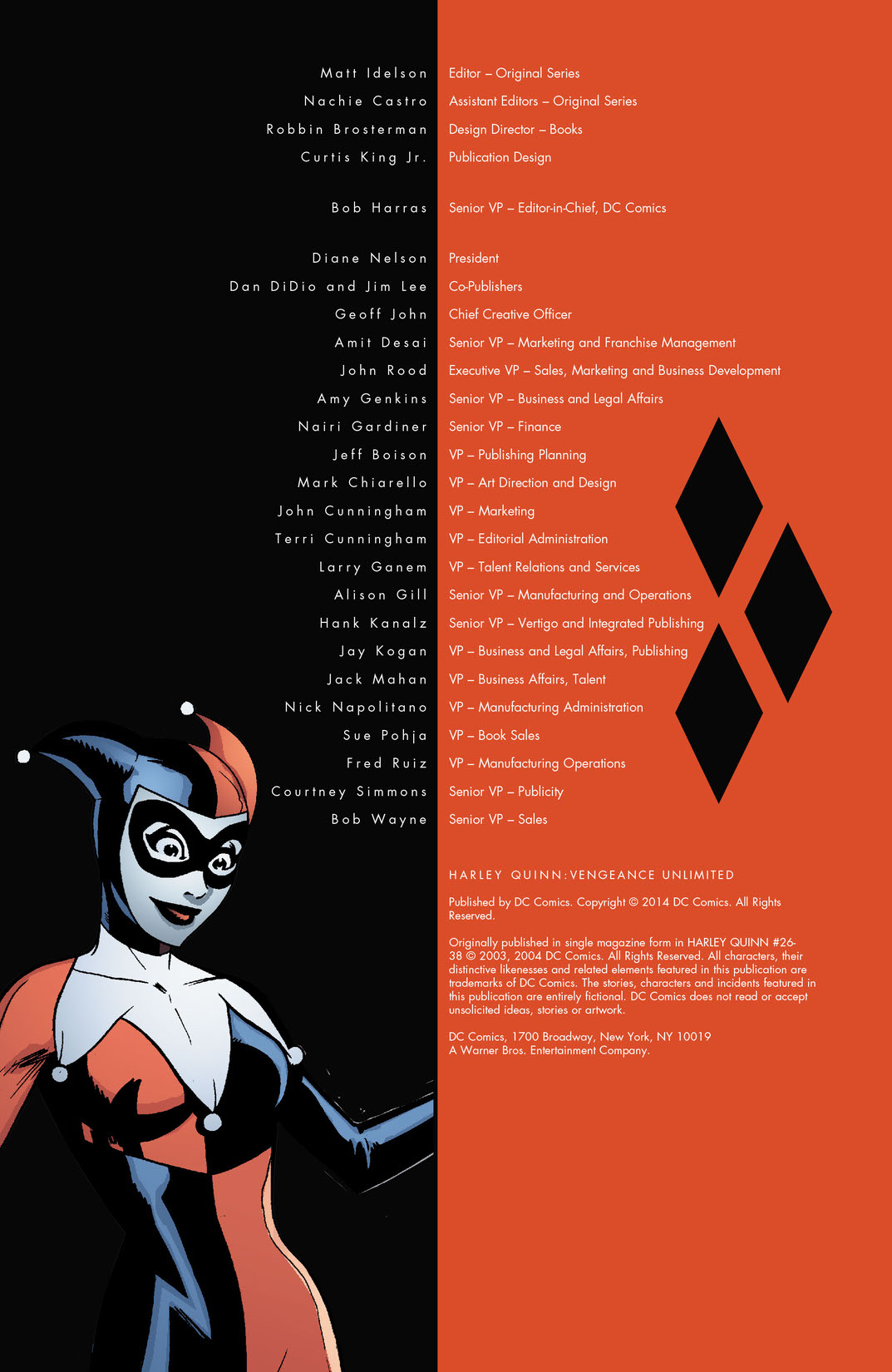 In a new direction for the series, Harley attempts to juggle being a full-time psychiatrist with her own criminal activities. But the unbalanced people she has to treat are keeping her very busy-and she's wanted for the murder of a police officer. Then, Harley gains powers beyond those of normal humans thanks to Poison Ivy's experiments. But every gift has its price, and now Harley faces the consequences. Plus, Harley signs on for a mercenary gig to hunt down a guy on the lam and retrieve an unnamed object of limitless value for him. Collects HARLEY QUINN #26-38.