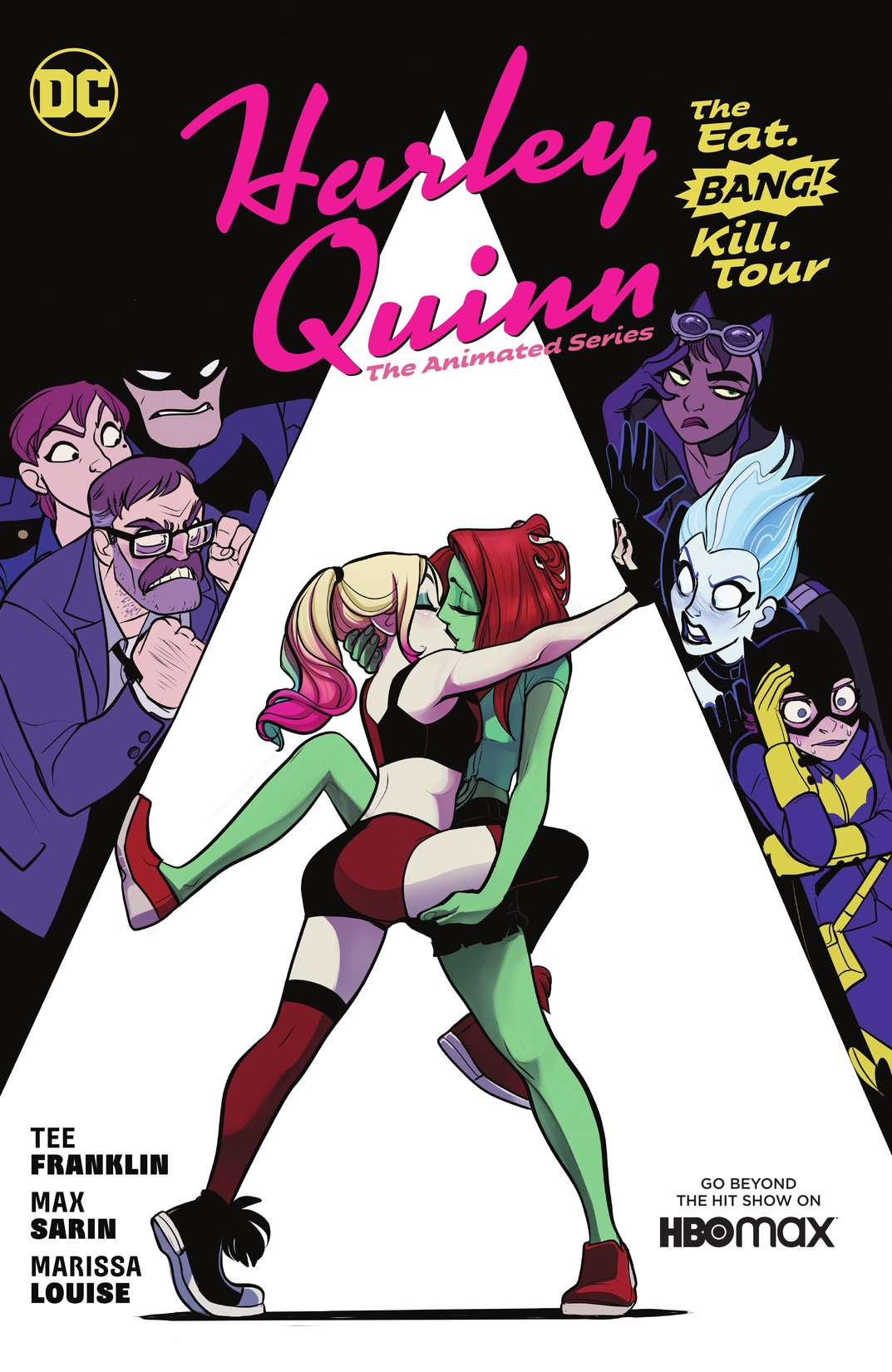 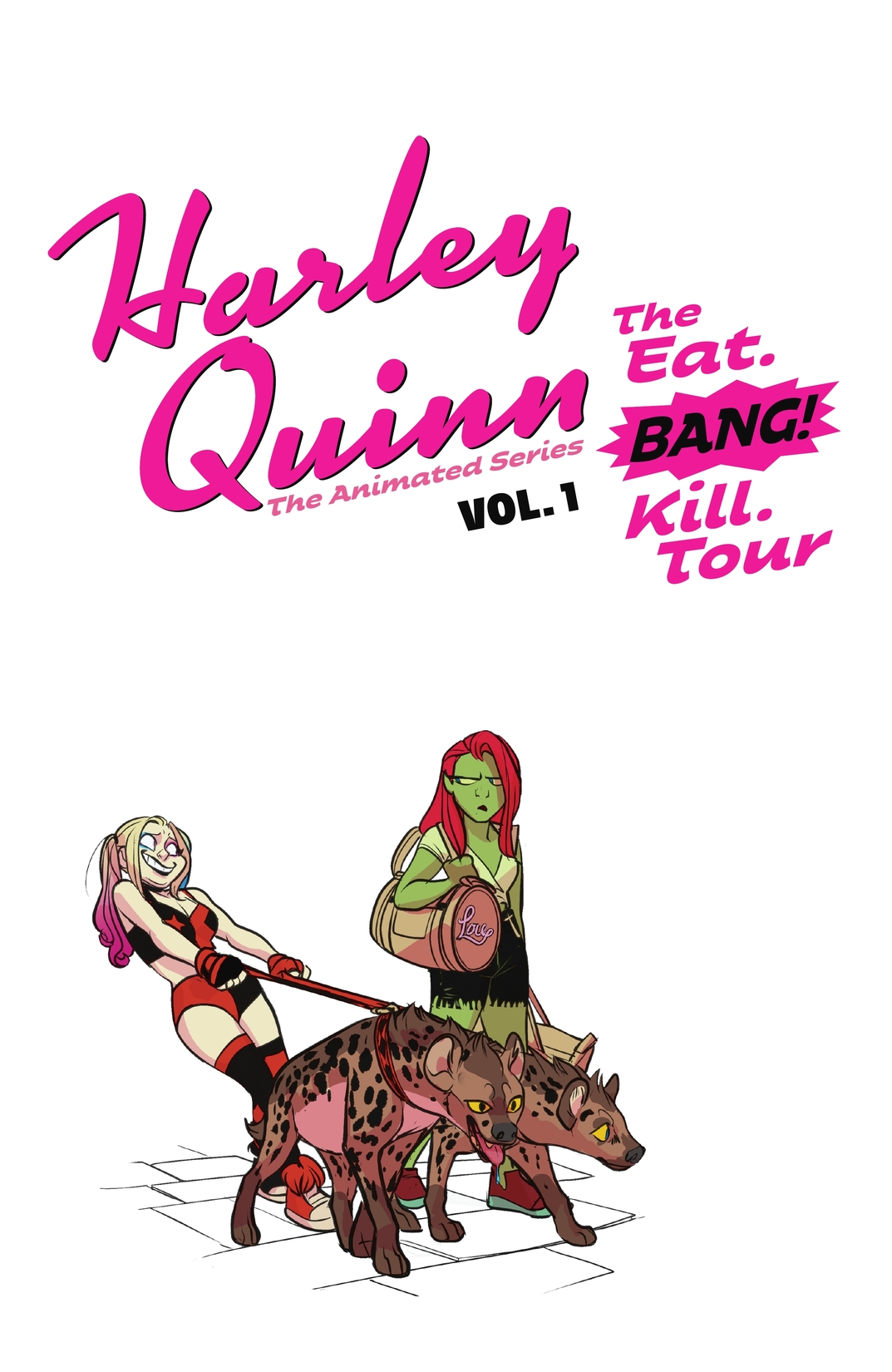 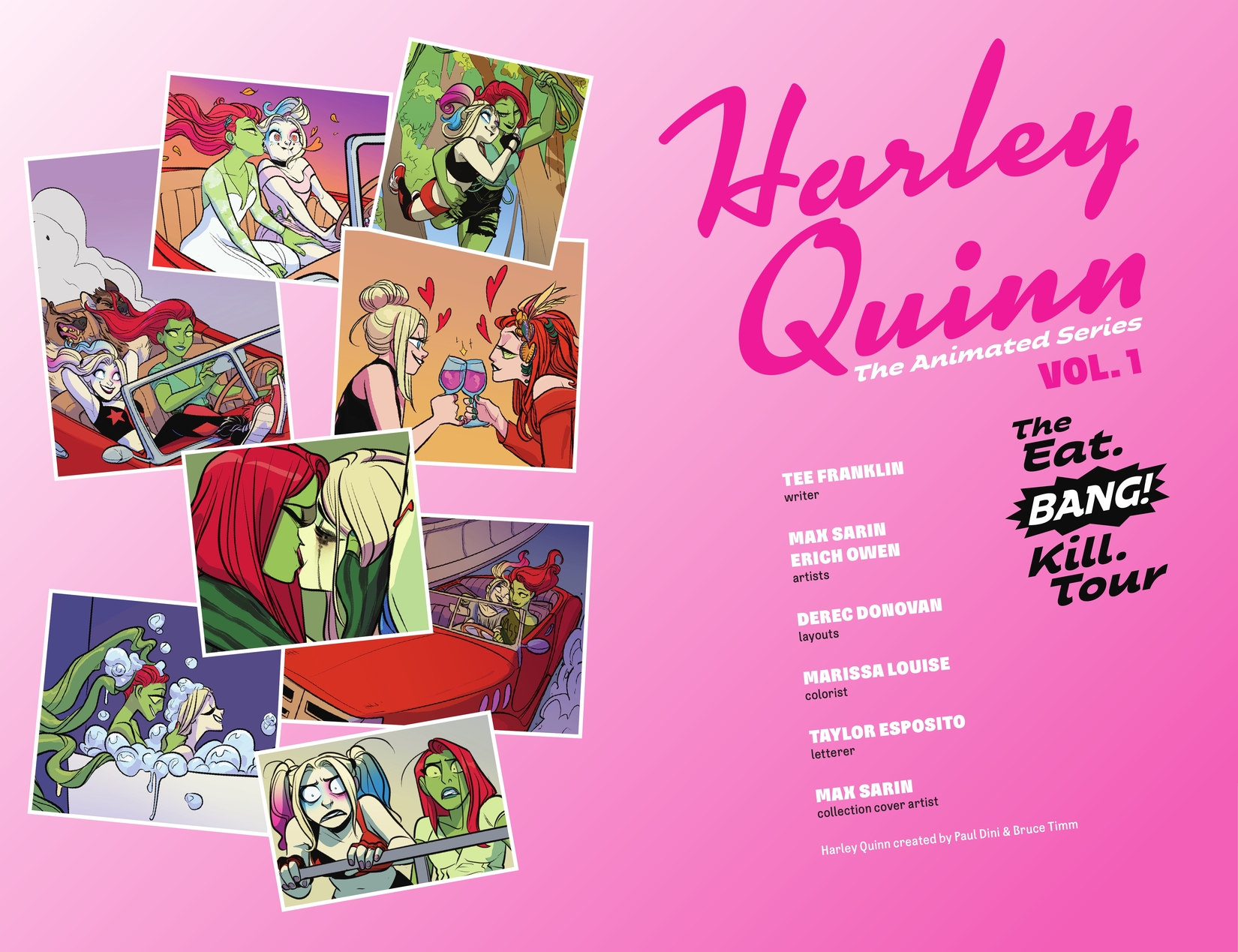 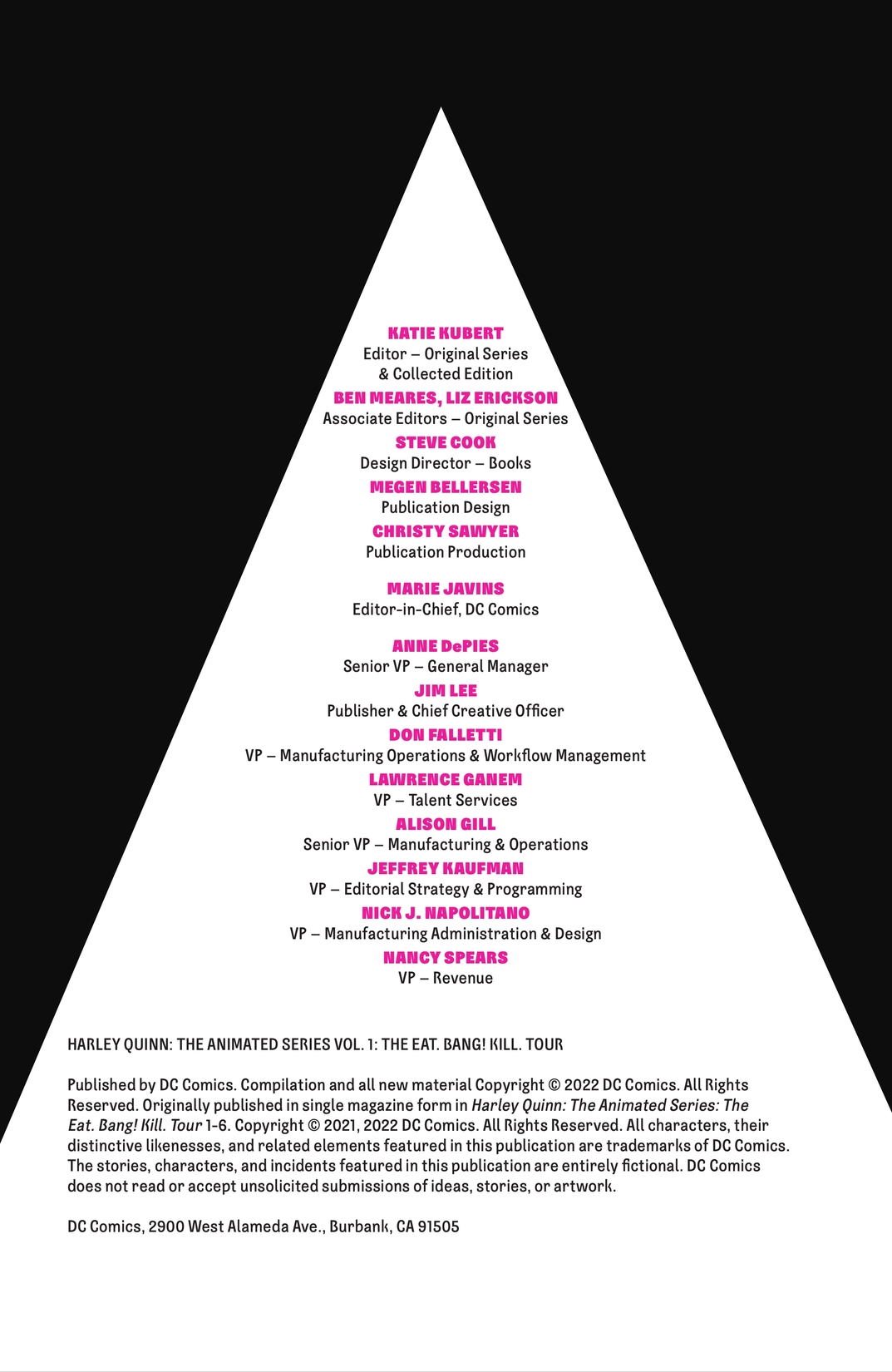 Harley and Ivy are on the road trip of the century! Following the wedding disaster of the decade, Harley Quinn and Poison Ivy end up on the run from Commissioner Gordon and the GCPD! But as fun as that all sounds, Ivy still worries about her actions after Kite Man left her at the altar…luckily, Harley’s got the perfect scheme to shake her out of her wedding day blues. A HarlIvy Moon! But when they come face-to-face with one obstacle after another-old lovers? trust issues? childhood trauma?-not to mention a bevy of villains with their own bones to pick, will this Thelma and Louise-style journey end in victory, or tragedy? This packs in the entire run of the GLAAD Media Award-nominated series. Collects Harley Quinn: The Animated Series: The Eat. Bang! Kill. Tour #1-6.