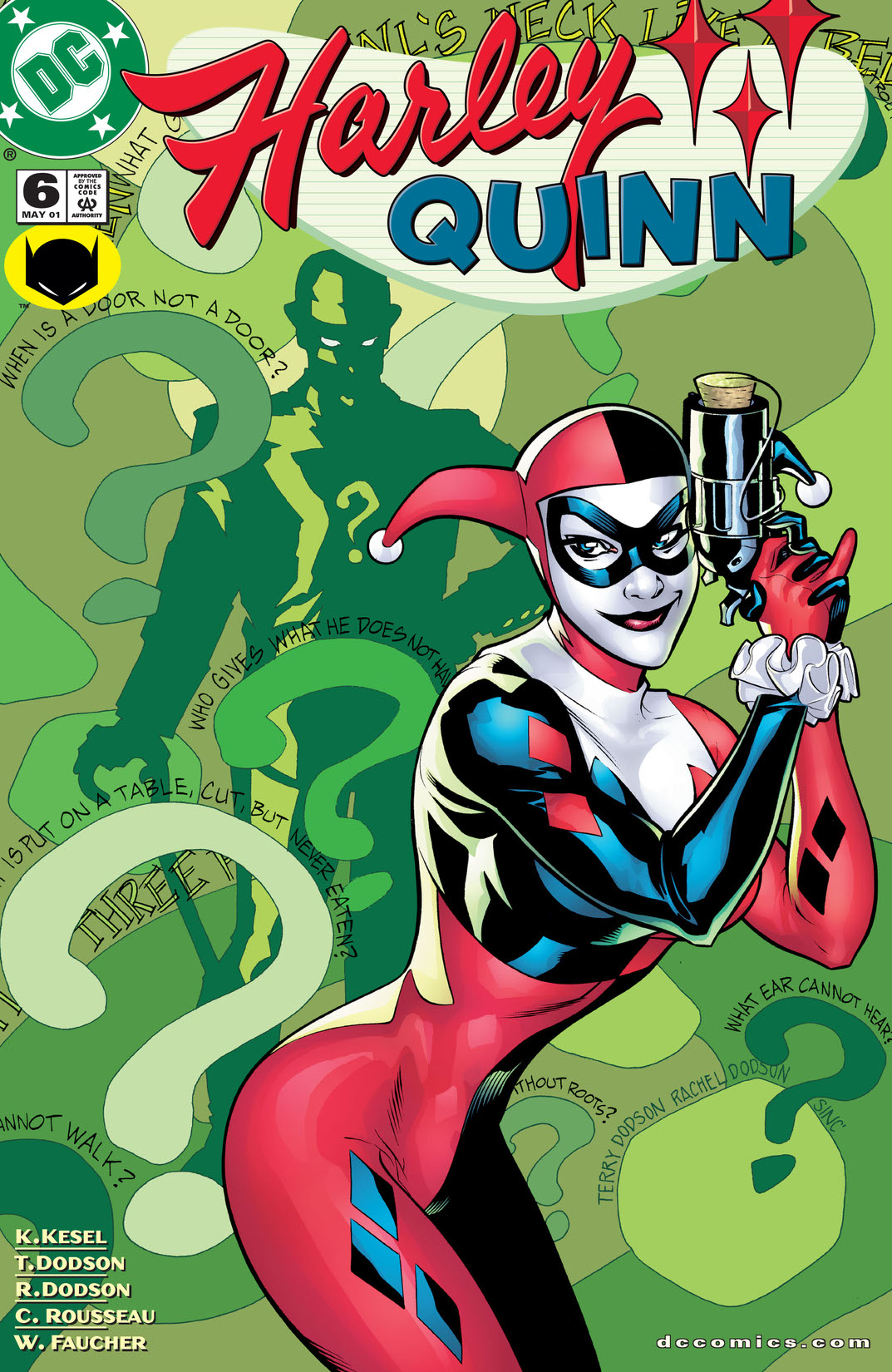 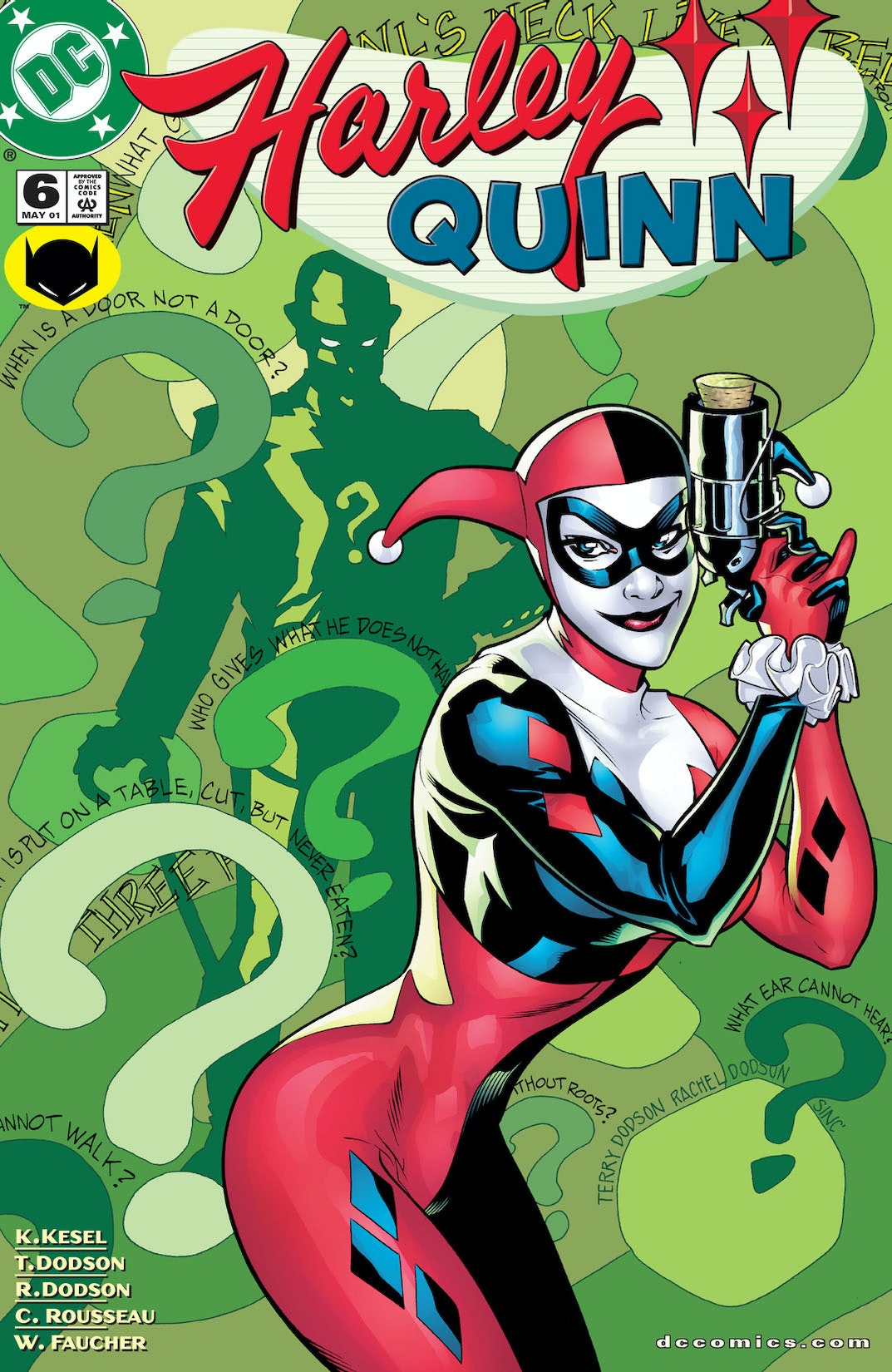 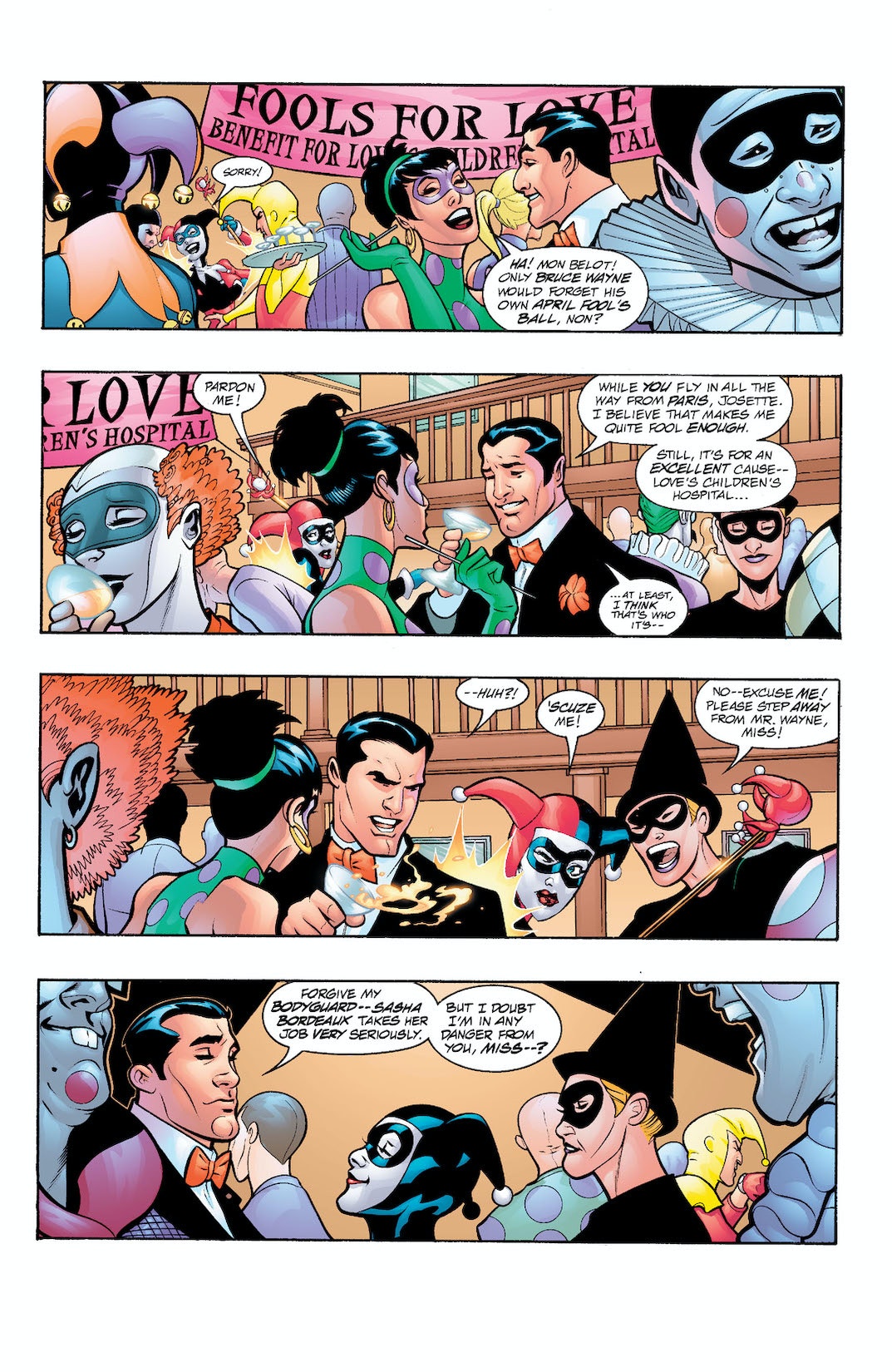 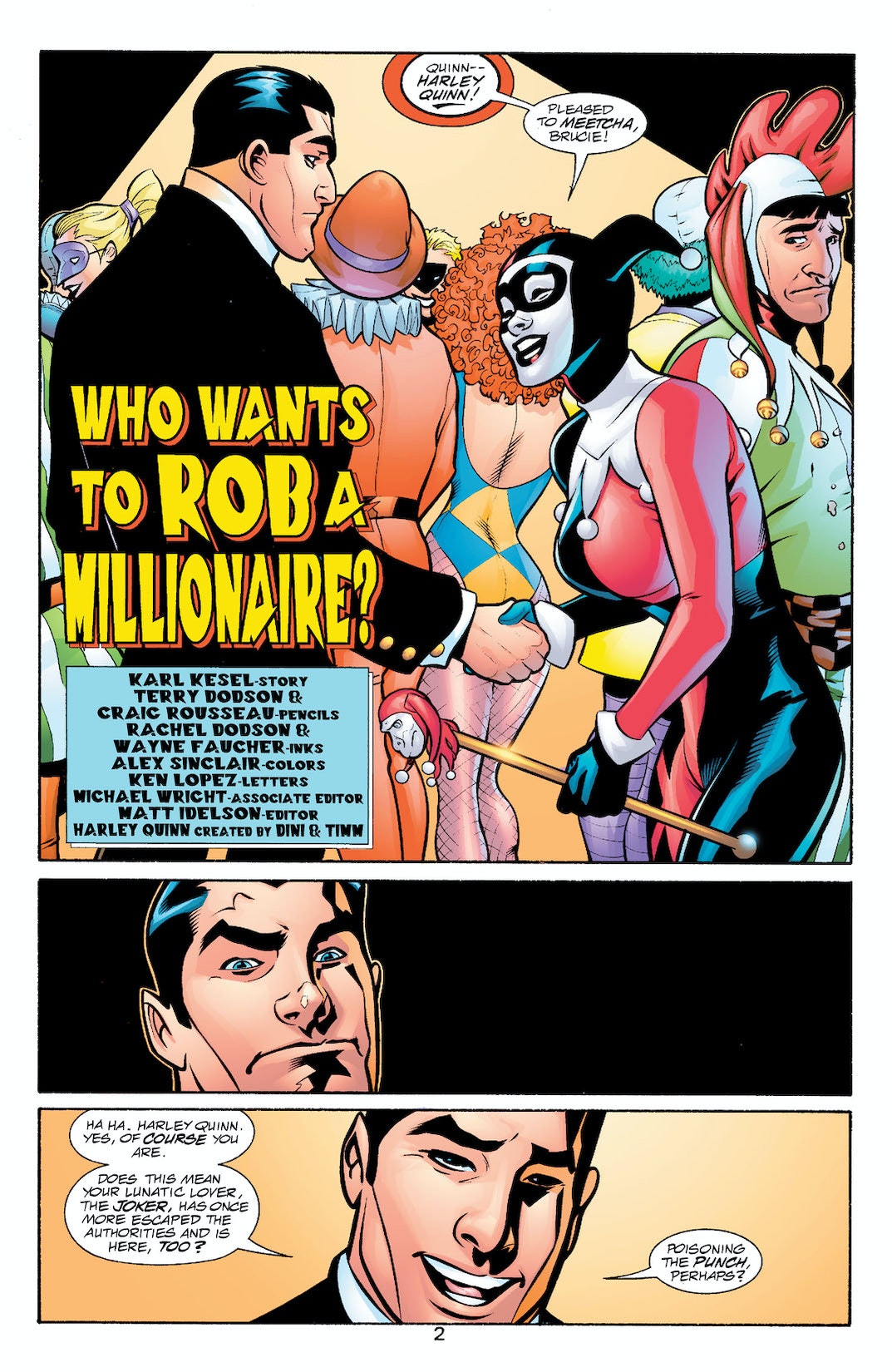 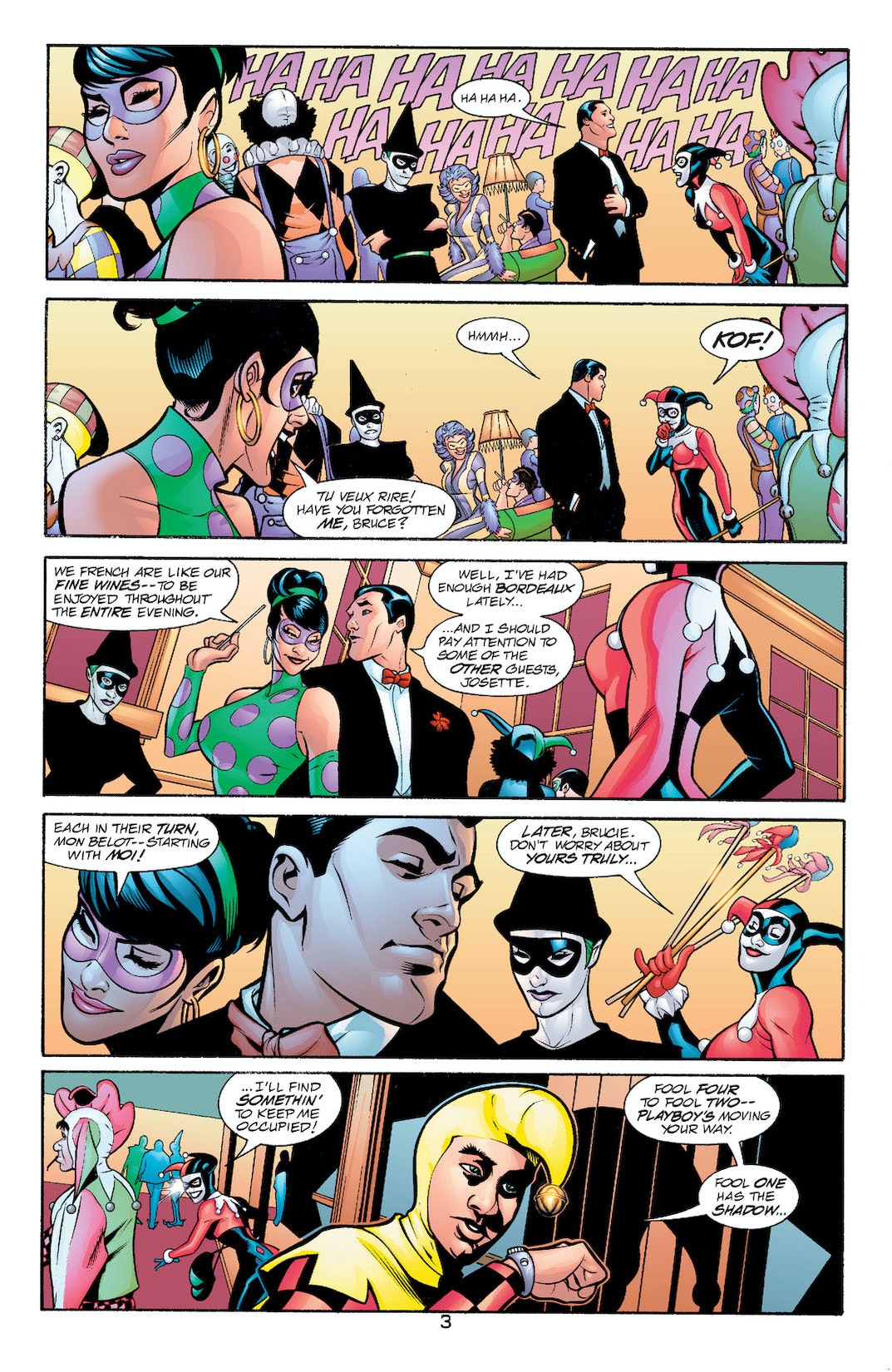 With her henchmen the Quinntettes anxious to score some moolah, Harley finds that being the leader of the pack isn't all it's cracked up to be. She figures the best way to keep the puppies at bay is to rob someone very rich, and who better than Bruce Wayne? Wait until you get a load of Harley and Batman's first out-of-costume meeting--well, sort of! Plus: a cameo by Oracle, and a surprise Amazonian guest-star.