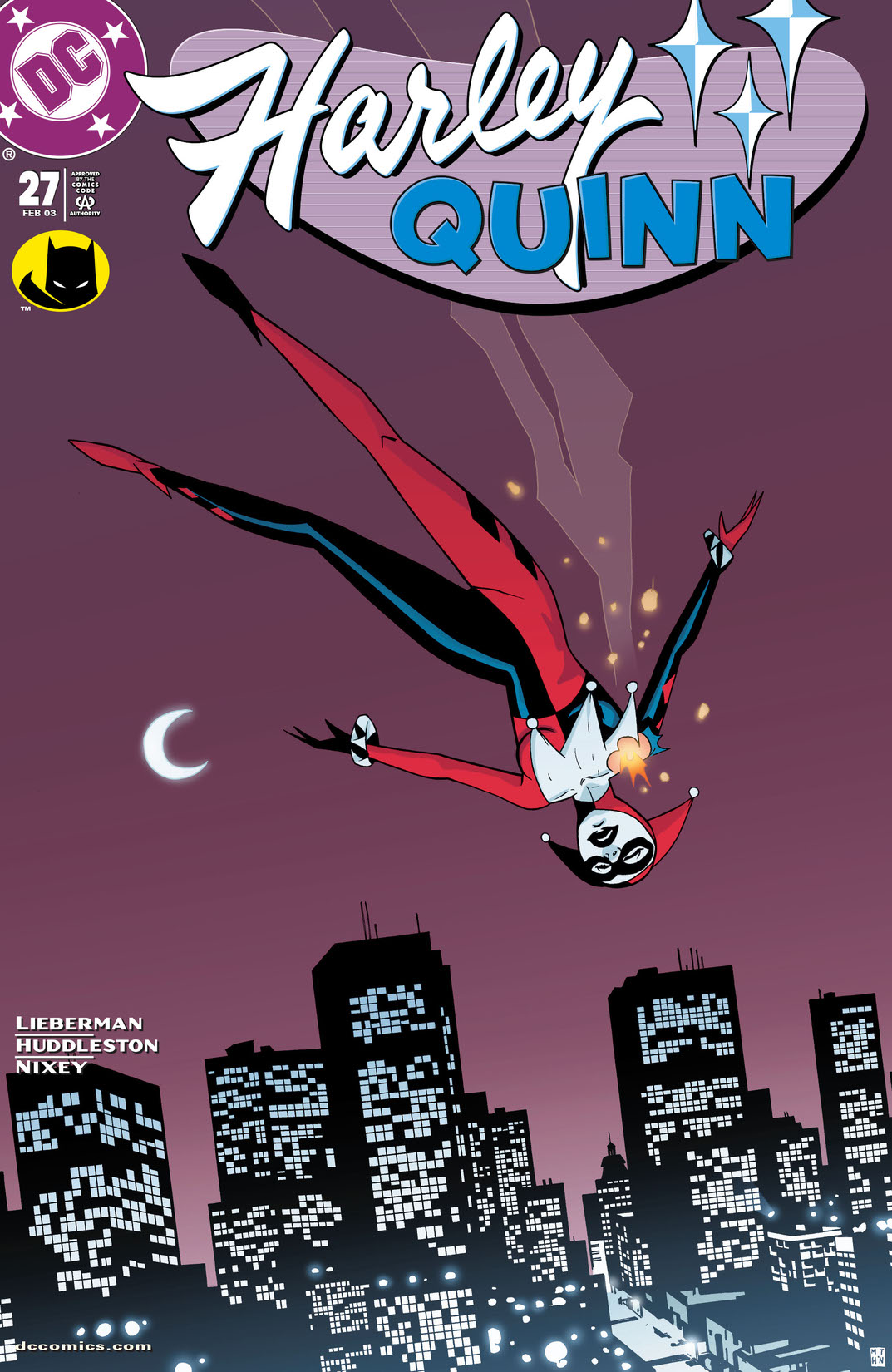 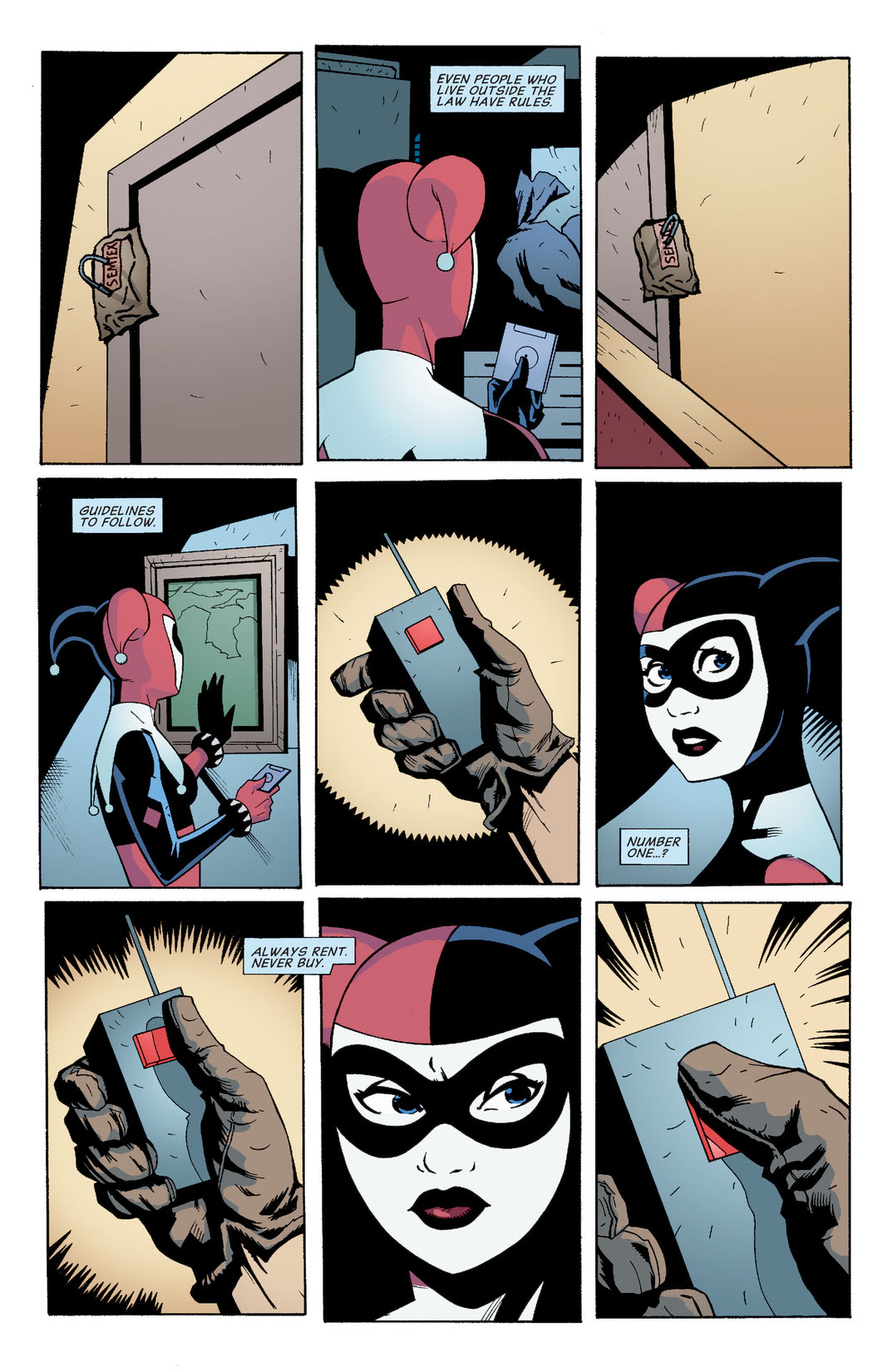 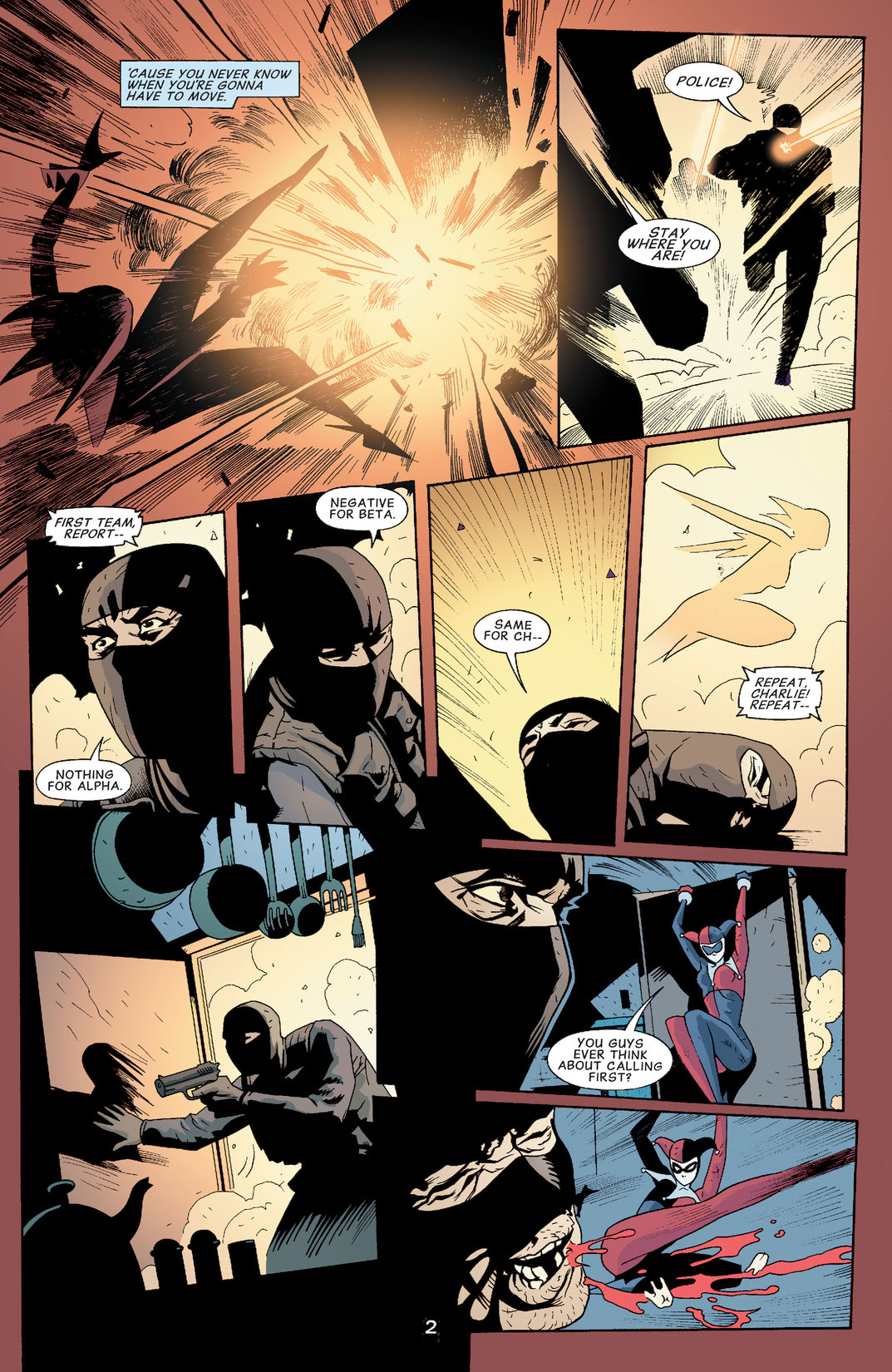 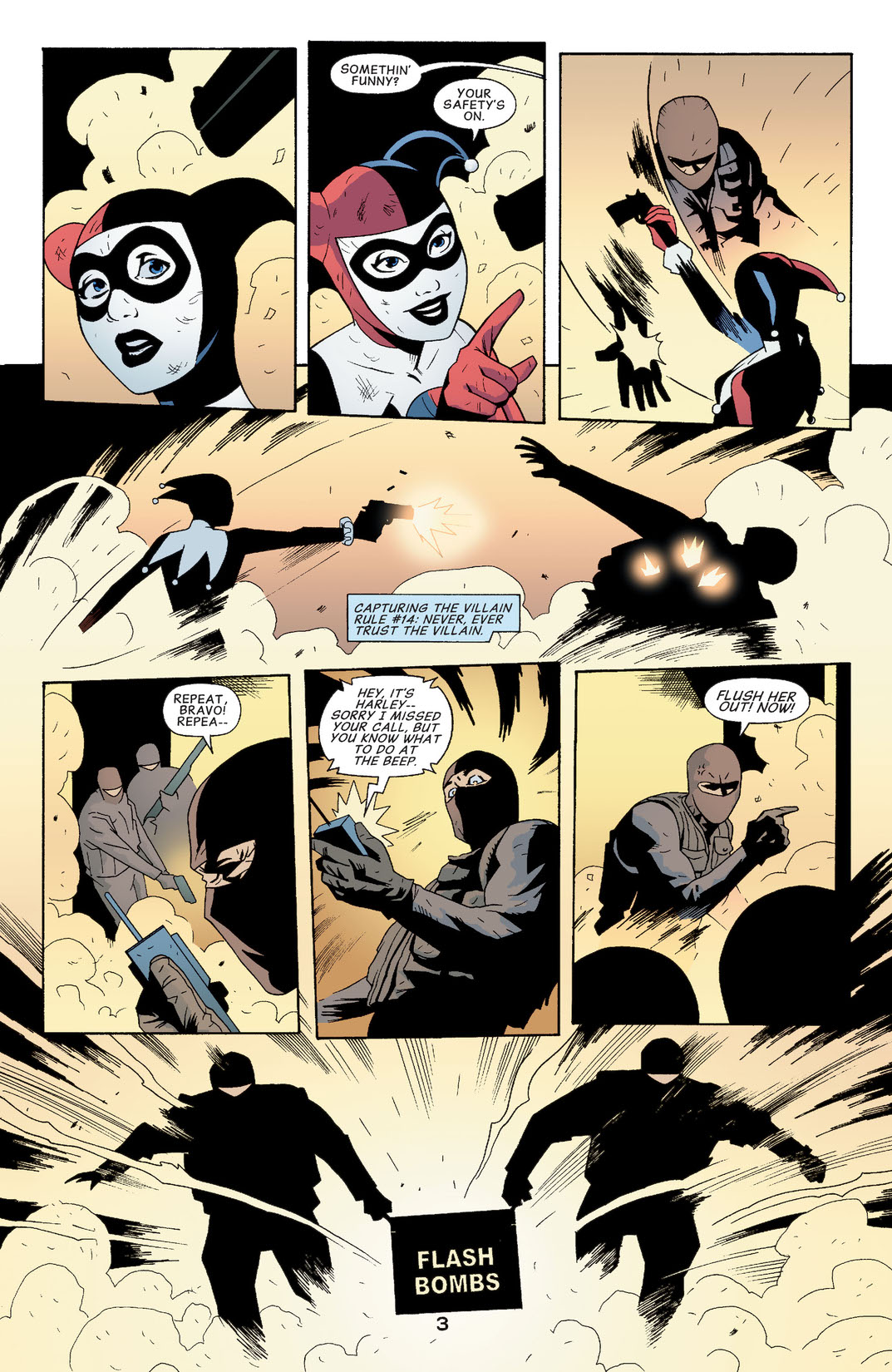 Harley gets down to business in her guise as a psychiatrist, but the parade of troubled folks she encounters make her look sane! Meanwhile, Harley's still wanted for the murder of a police officer, and she's got some very hot stolen goods on her to boot! Plus, don't miss her all-new (sort of) costume, and delight as she gets shot not once, but twice! All the action, all the drama and a few jokes thrown in for good measure!