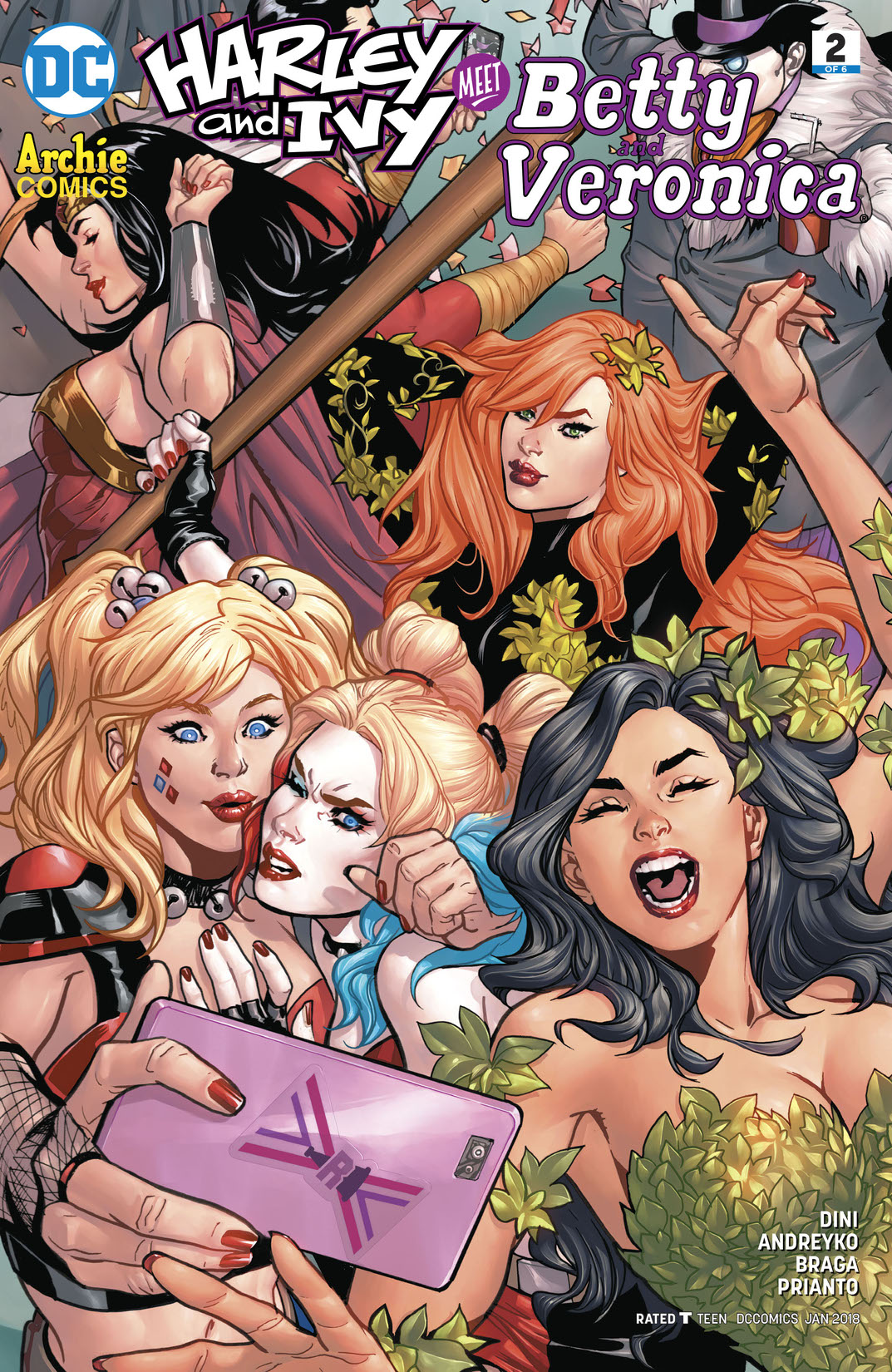 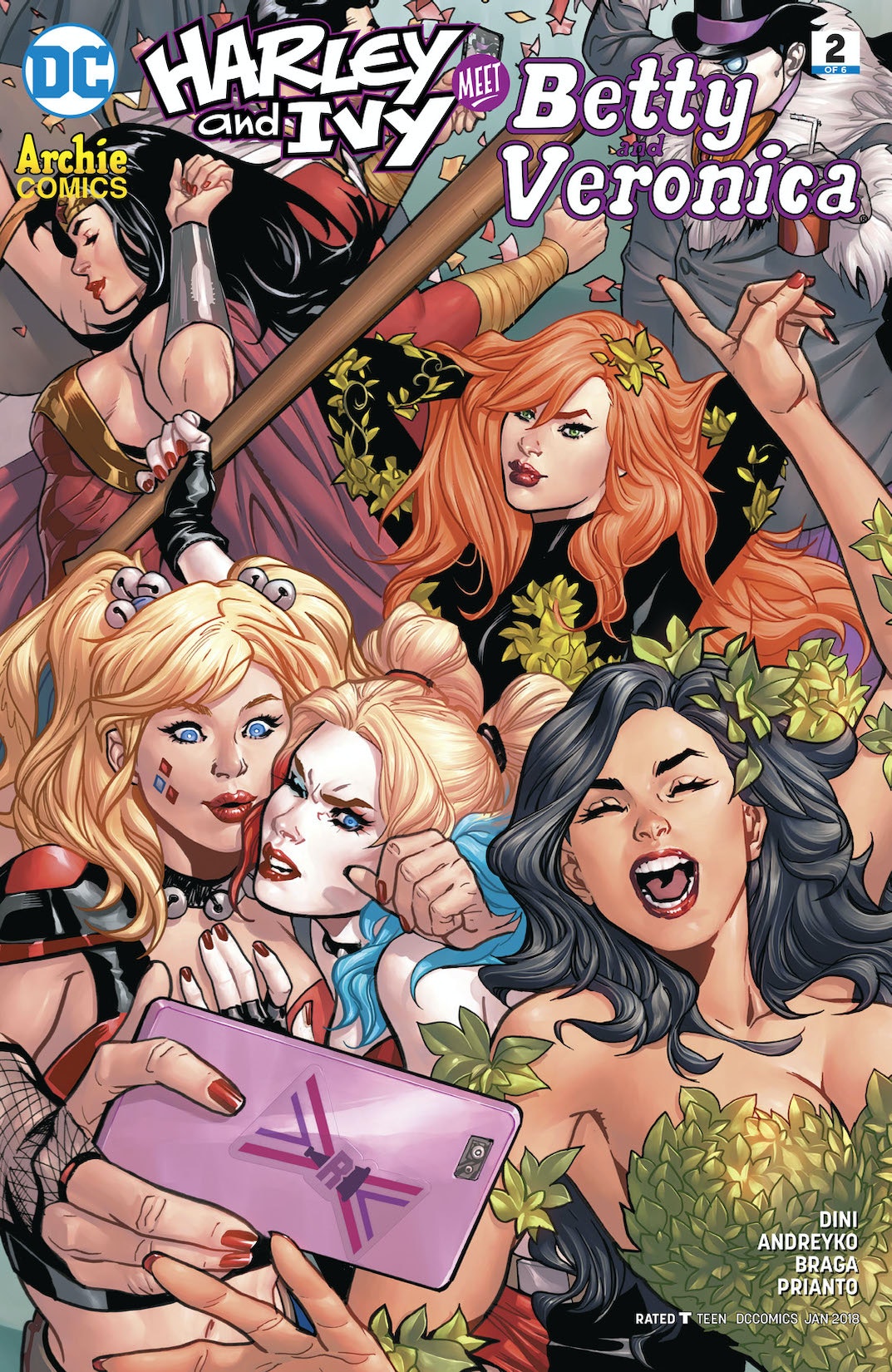 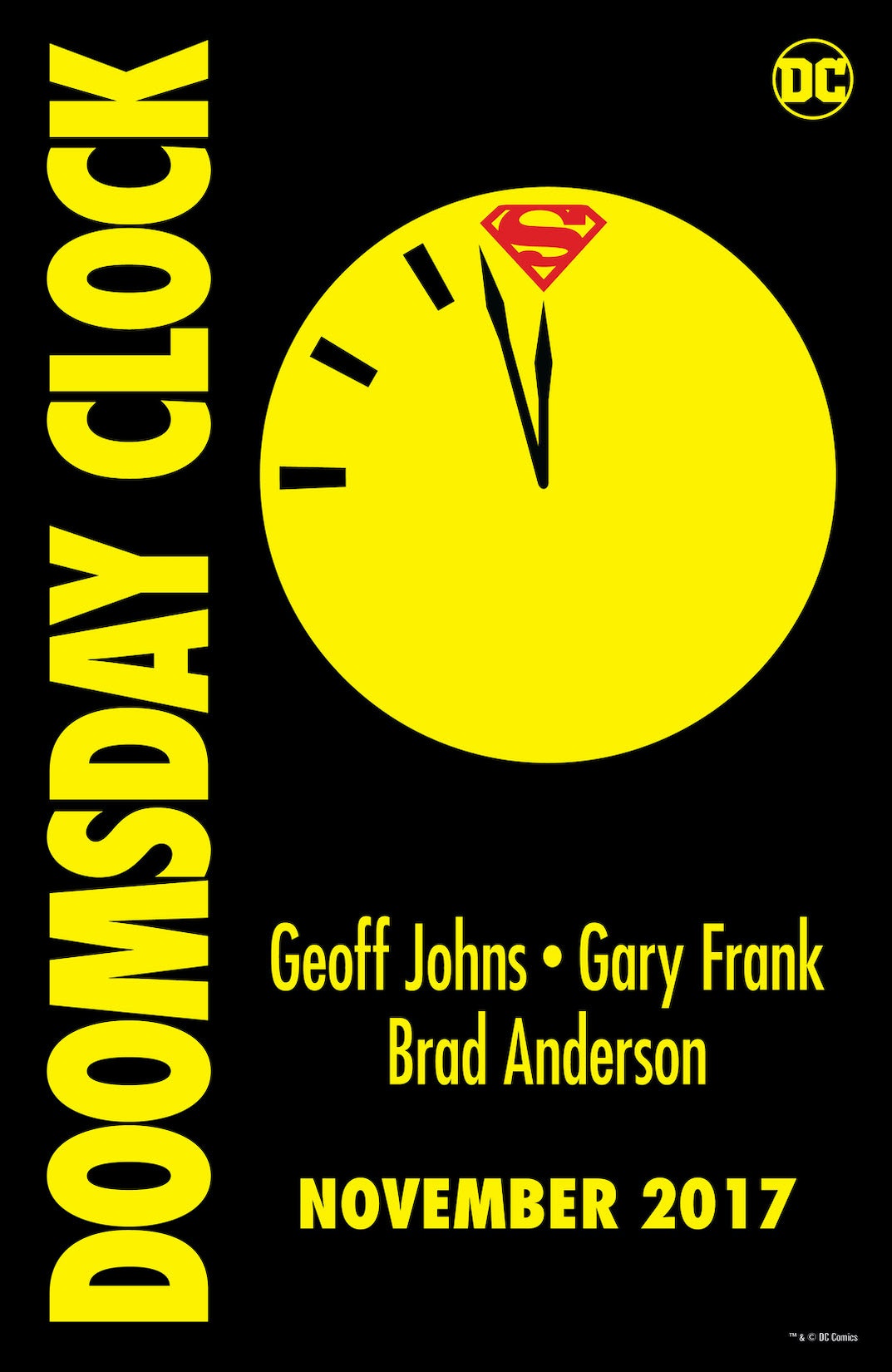 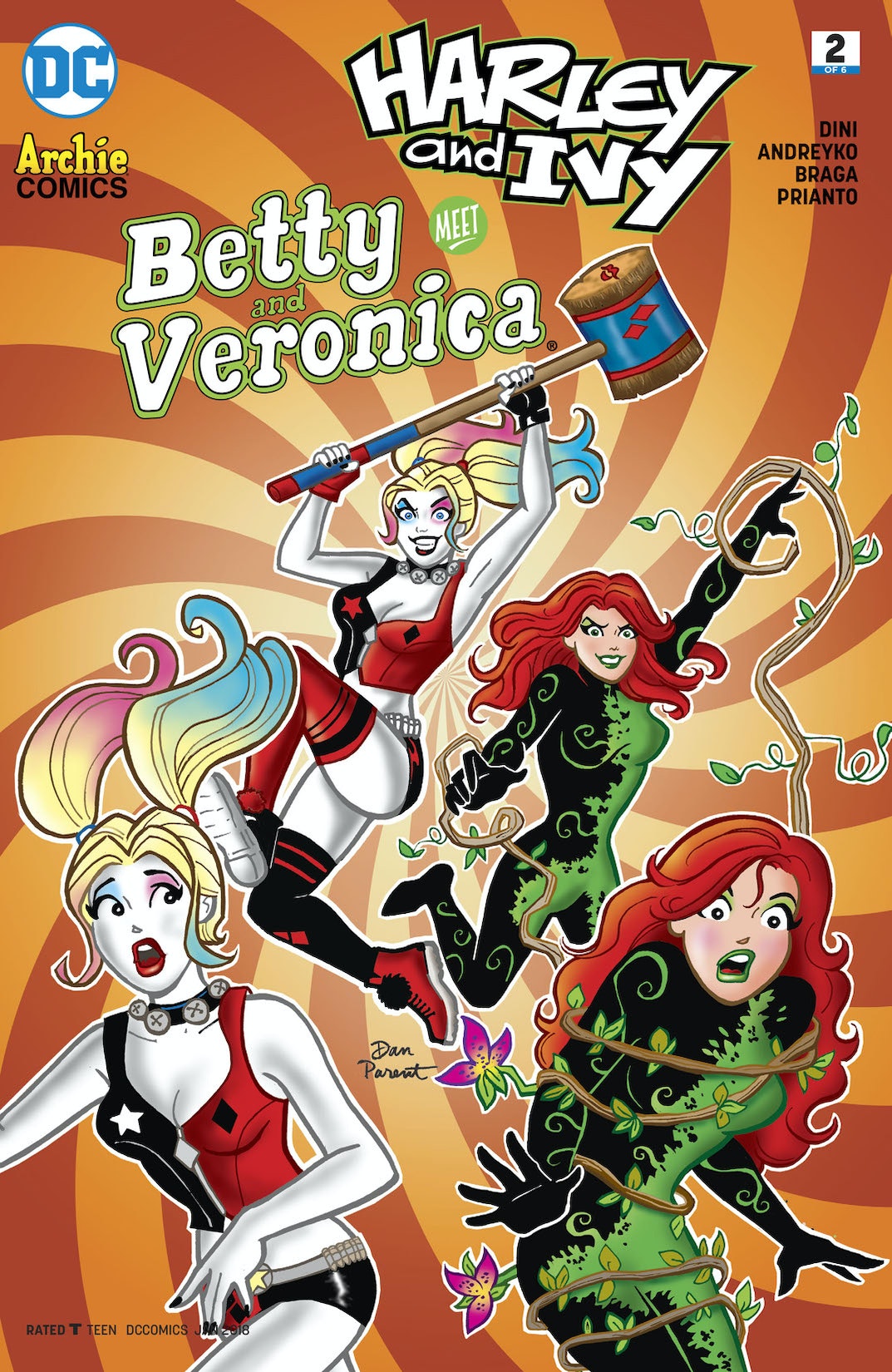 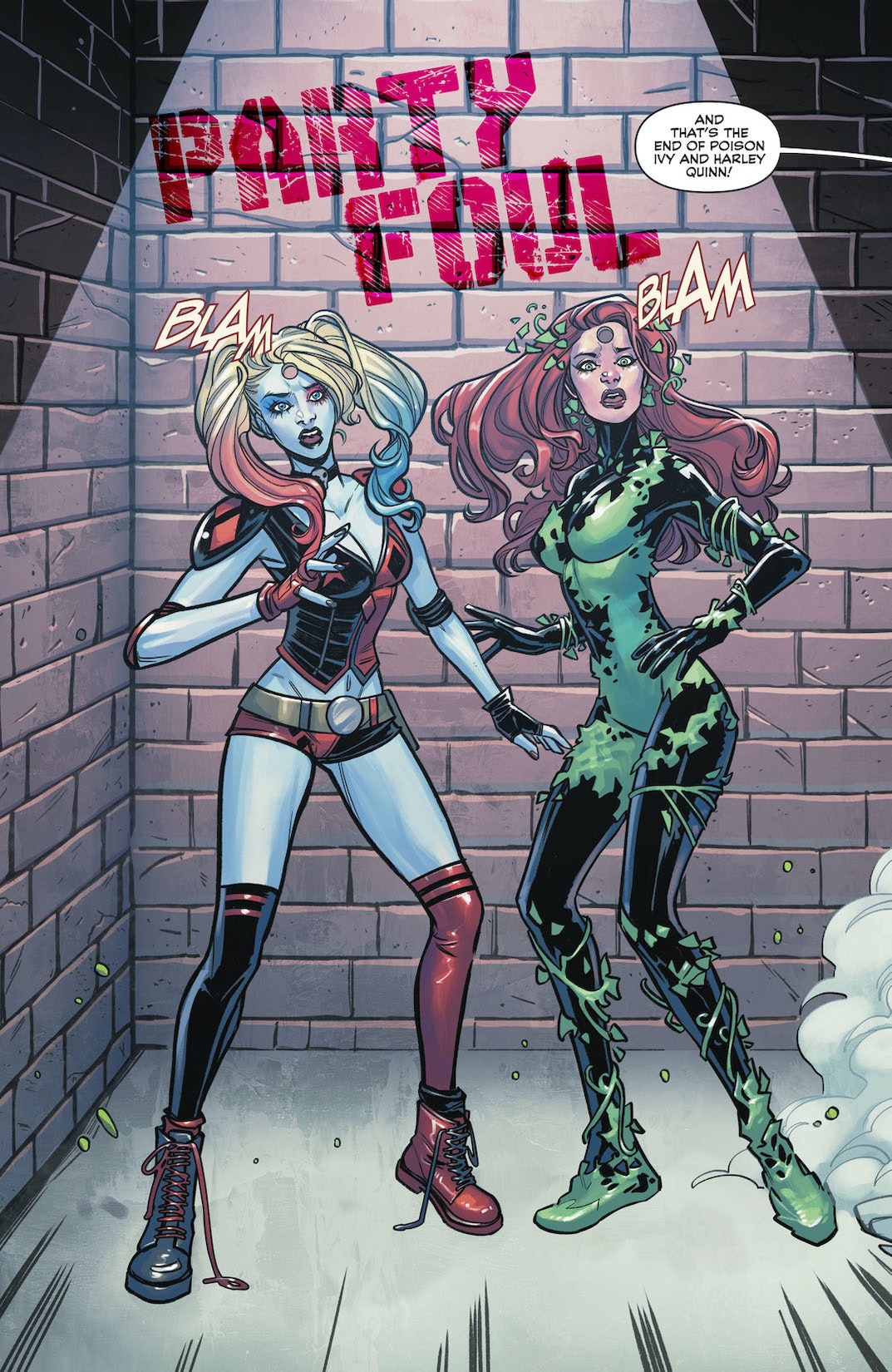 It’s her (father’s) party and she’ll cry if she wants to, because Veronica and Betty’s killer costume idea was stolen by two crashers from Gotham City! Of course, she can’t know that she’s facing off with the real Poison Ivy, or that Betty’s about to get bopped by Harley Quinn herself. Whoops!