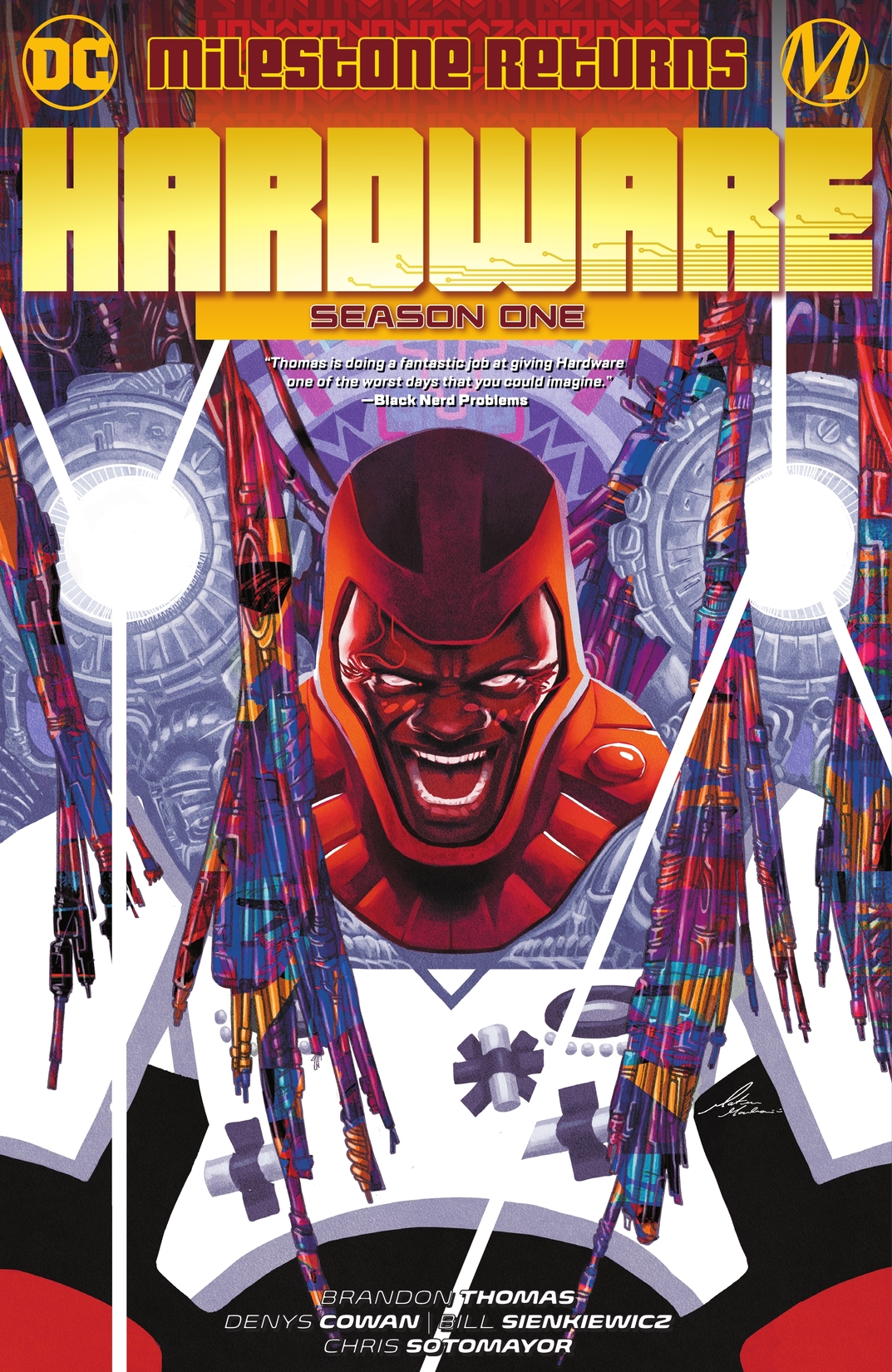 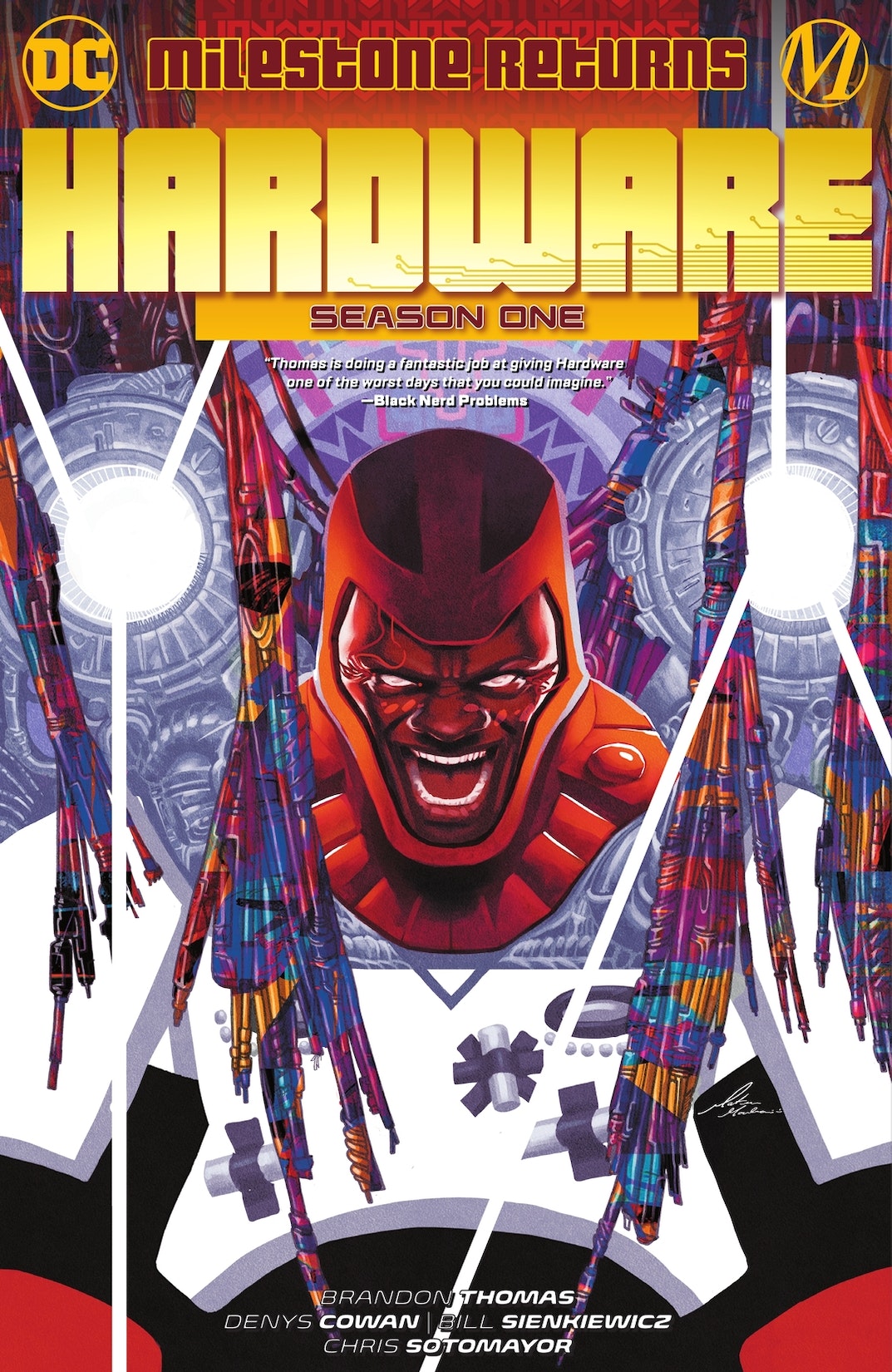 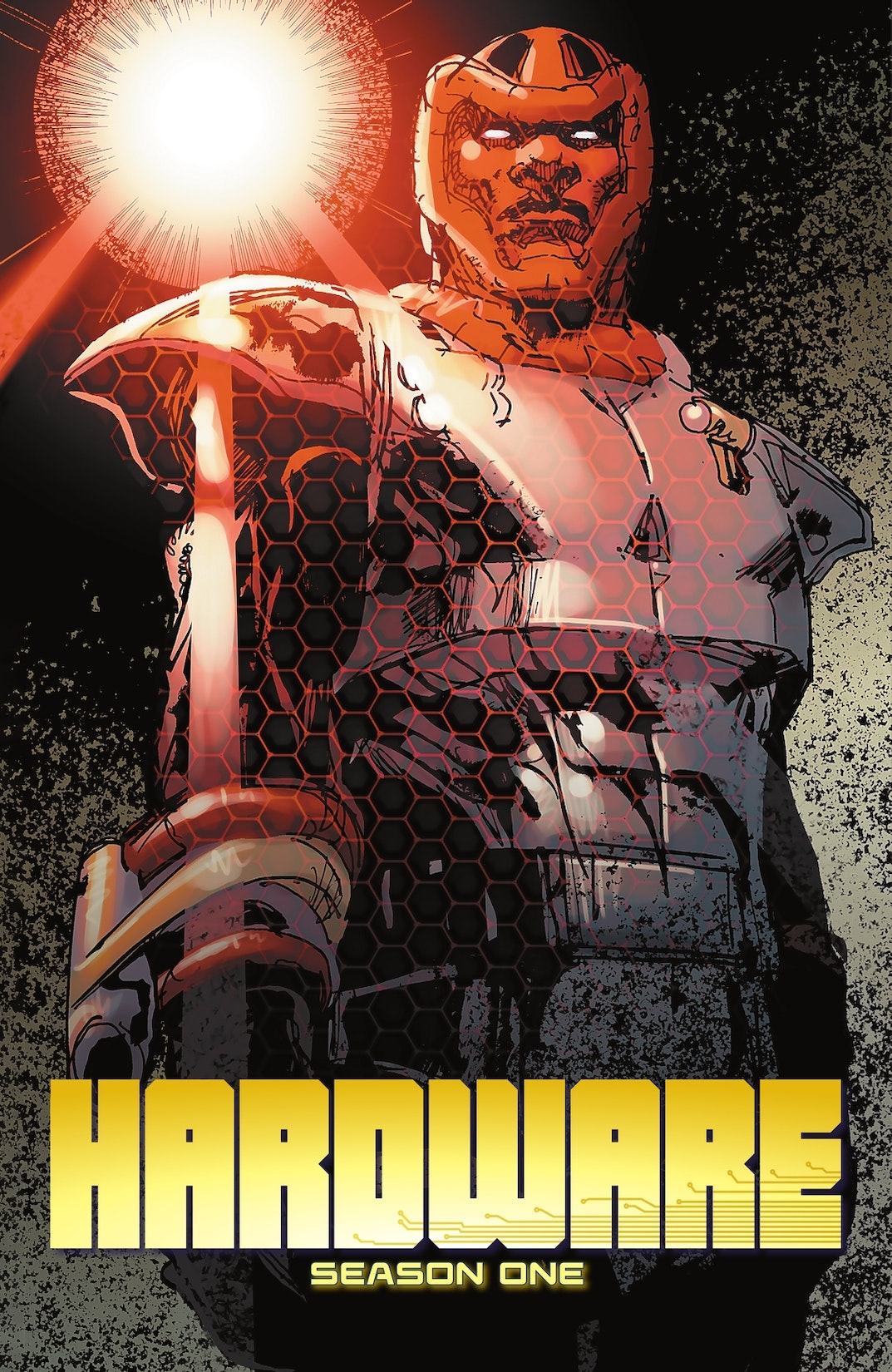 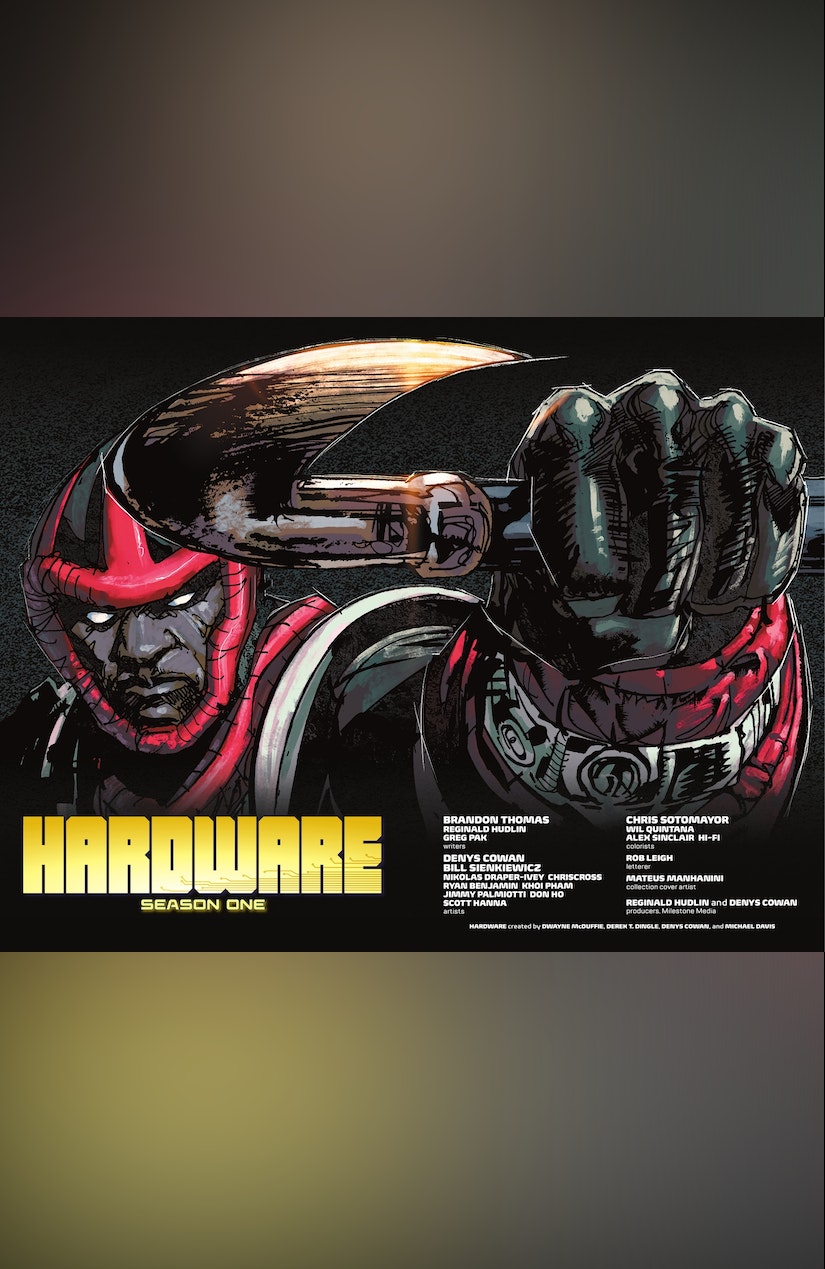 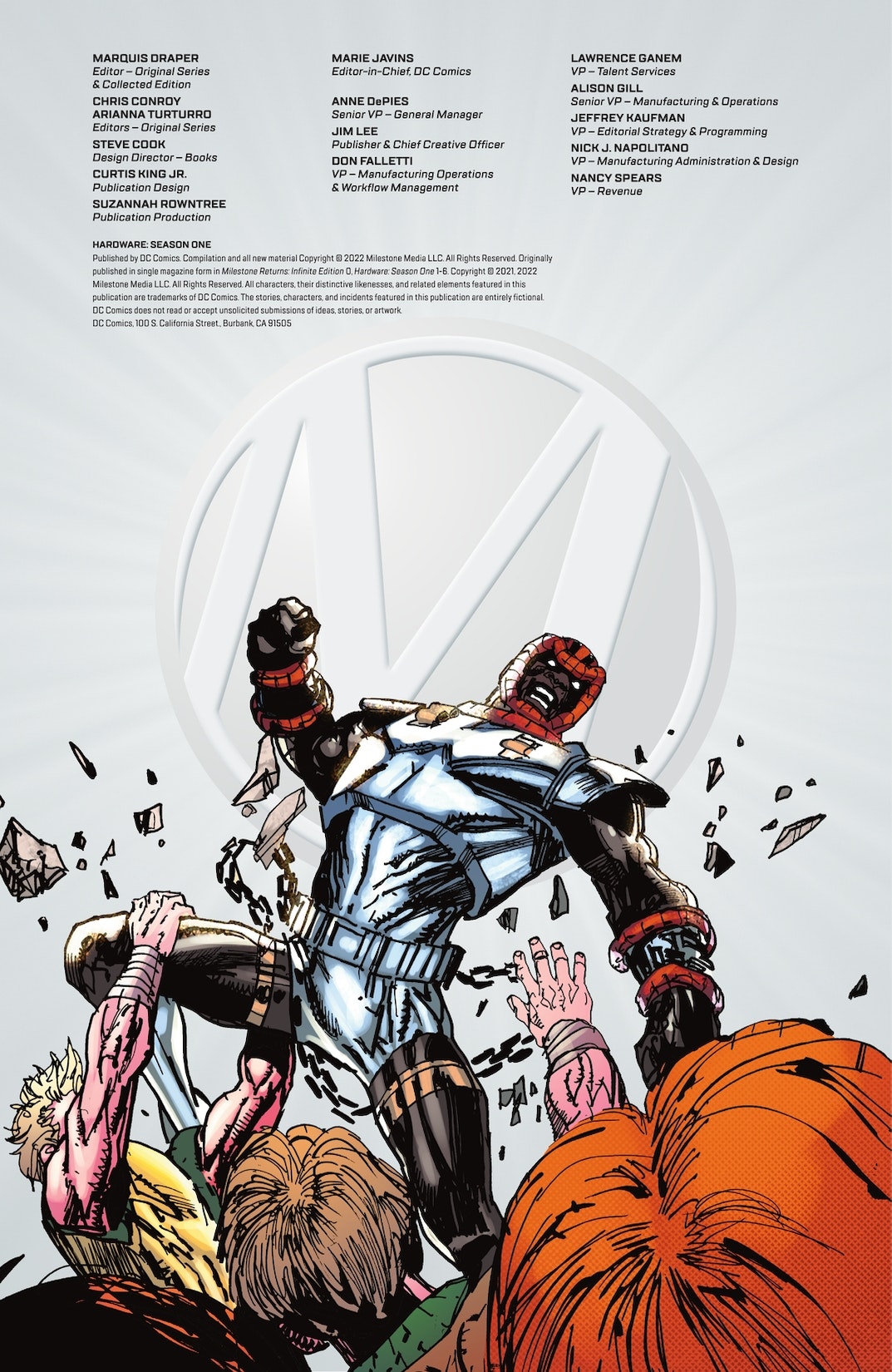 Curtis Metcalf was the shining star of Alva Industries…until the “Big Bang” disaster threatened to destroy the company, and Edwin Alva needed a scapegoat. Now Curtis is on the run, with a nearly indestructible suit of armor and inventions he never handed over to Alva-and he’s determined to do much more than clear his name. He’s going to take the fight straight back to Alva himself! Collects Milestone Returns: Infinite Edition #0 and Hardware: Season One #1-6.