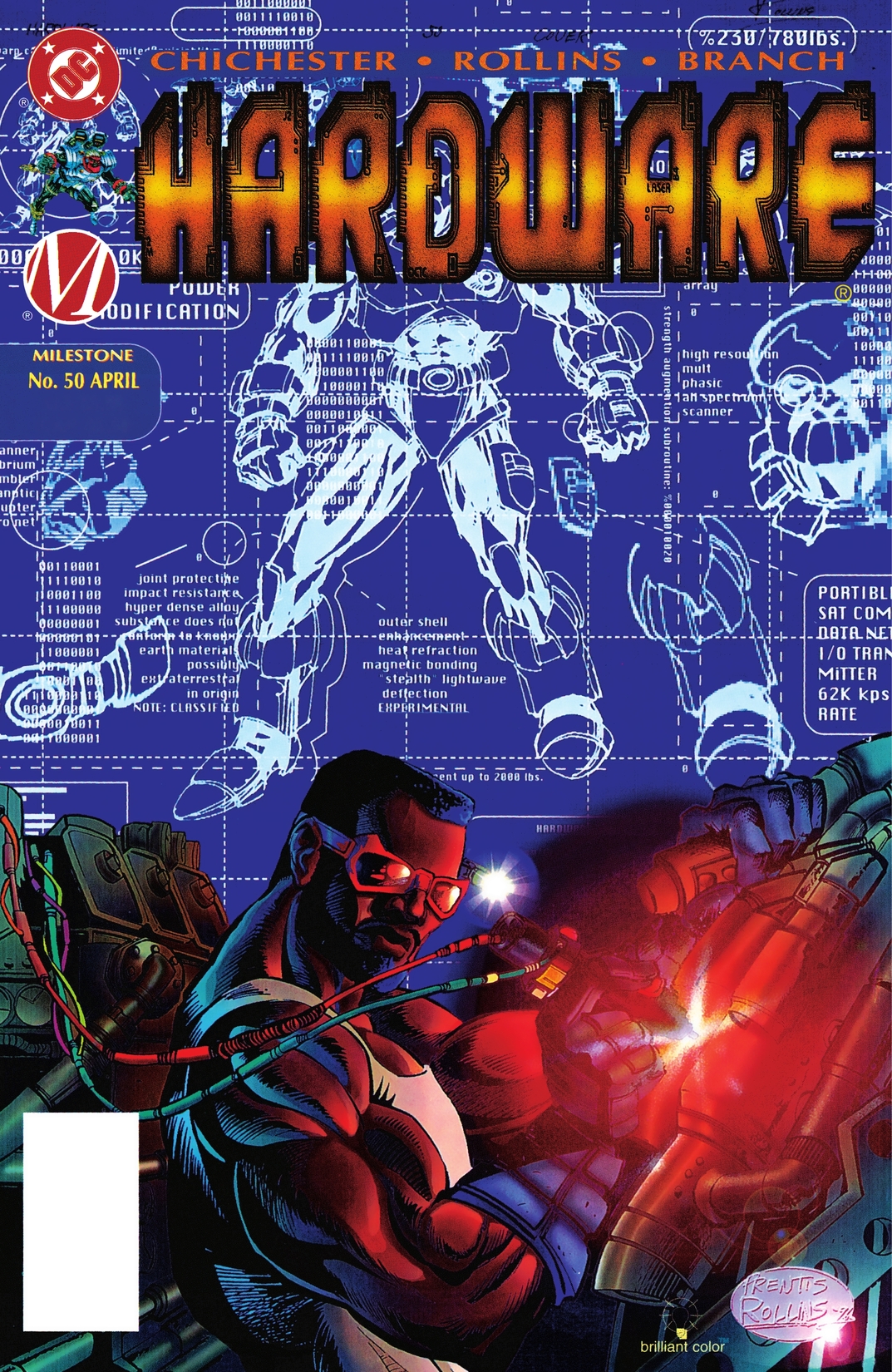 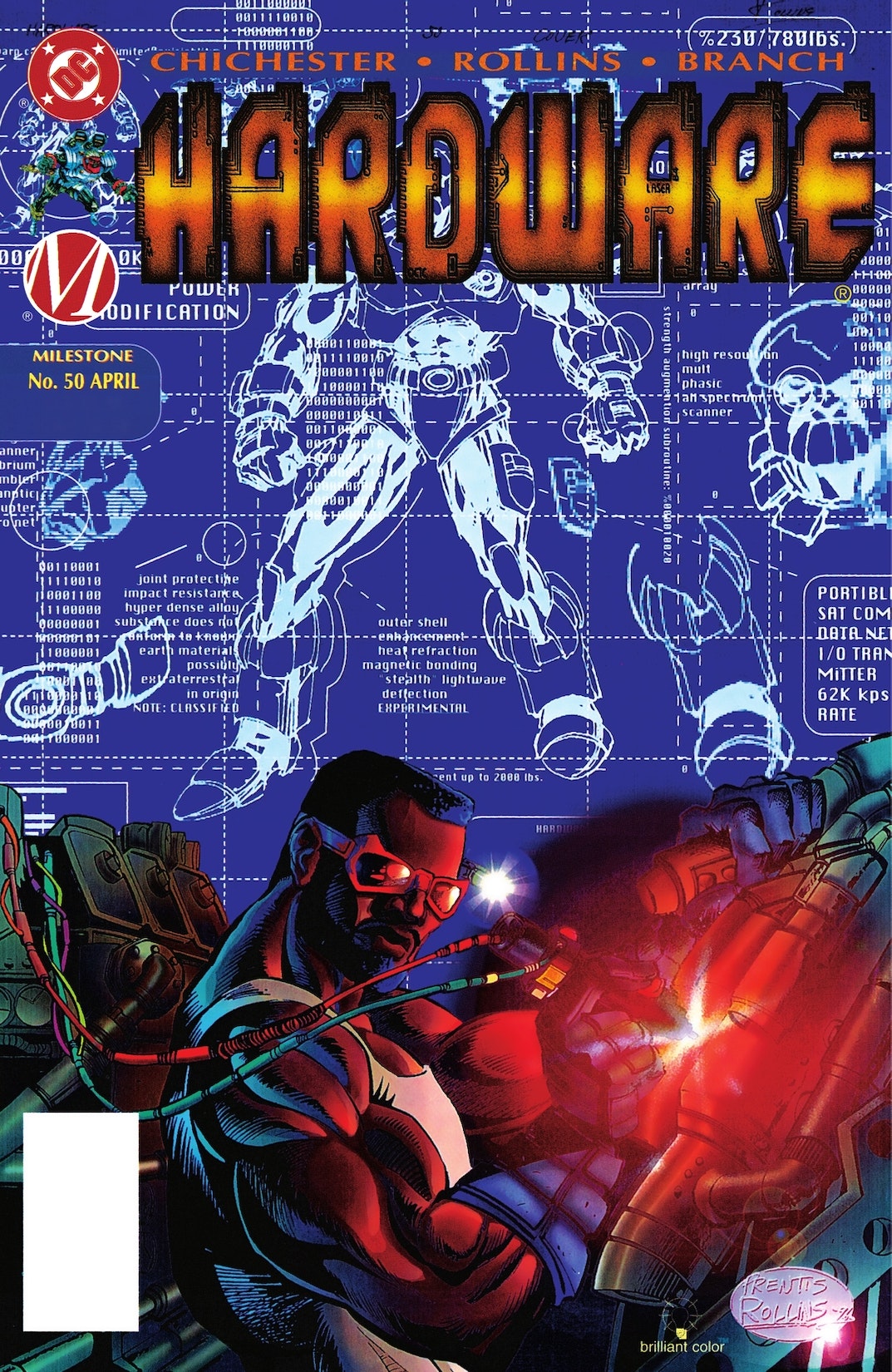 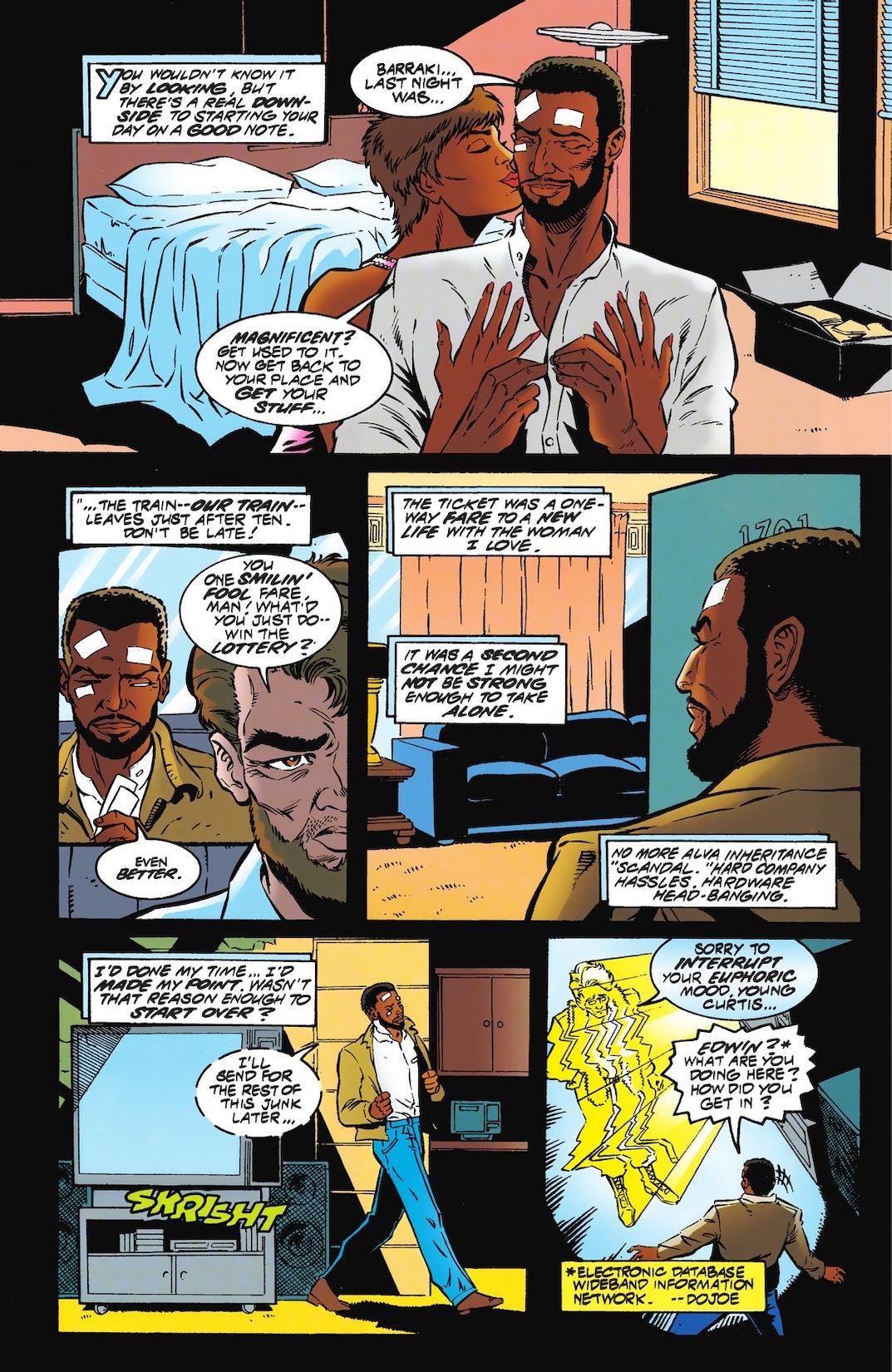 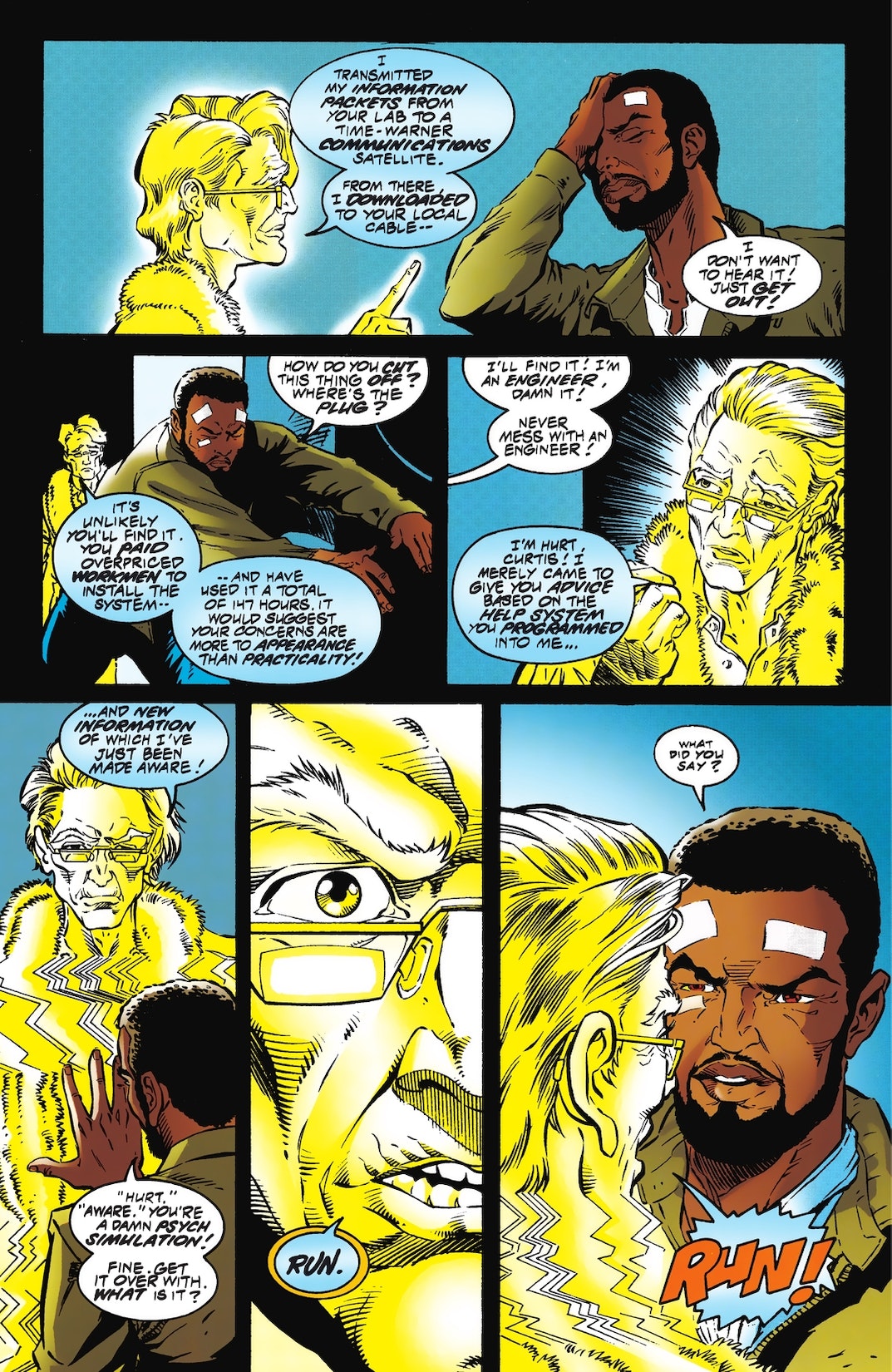 This special 48-page anniversary issue jump-starts Milestone’s fifth year of publication and celebrates Black History Month! Betrayed by his own armor and horribly beaten by the super-soldier Tyrant, Curtis Metcalf faces the truth about himself and his responsibilities to Dakota, leading to the creation of Hardware 3.0. Donning his new, streamlined armor, Hardware must wrest Dakota from Tyrant’s control and rescue Seven Pallaton, leader of the government’s covert team, before he’s forced to reveal Hardware’s secret identity. Fortunately, Hardware has a secret weapon, and he’s going to drop it on Tyrant! But for Hardware to save Dakota, he’ll have to lose someone very important to him.