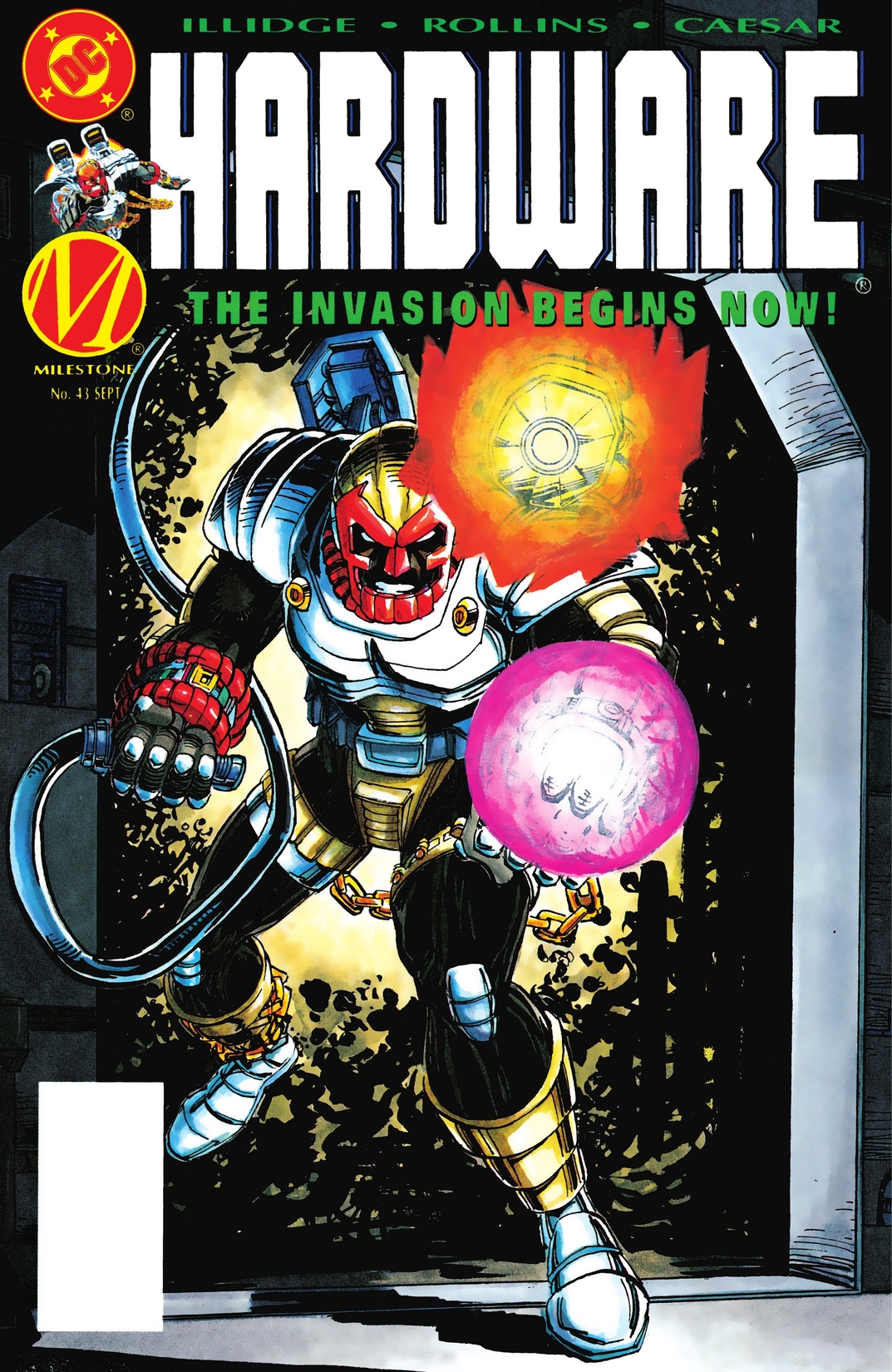 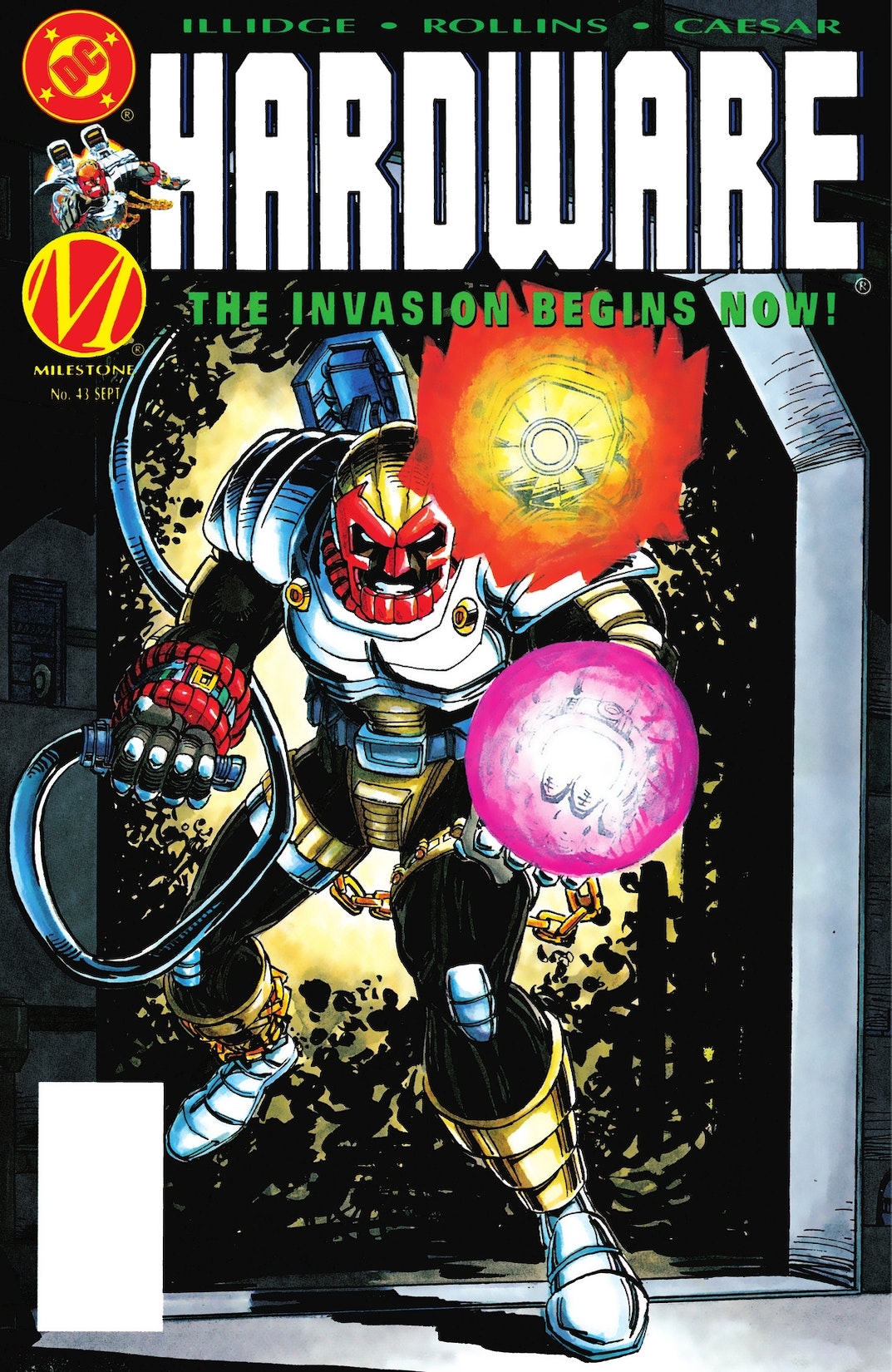 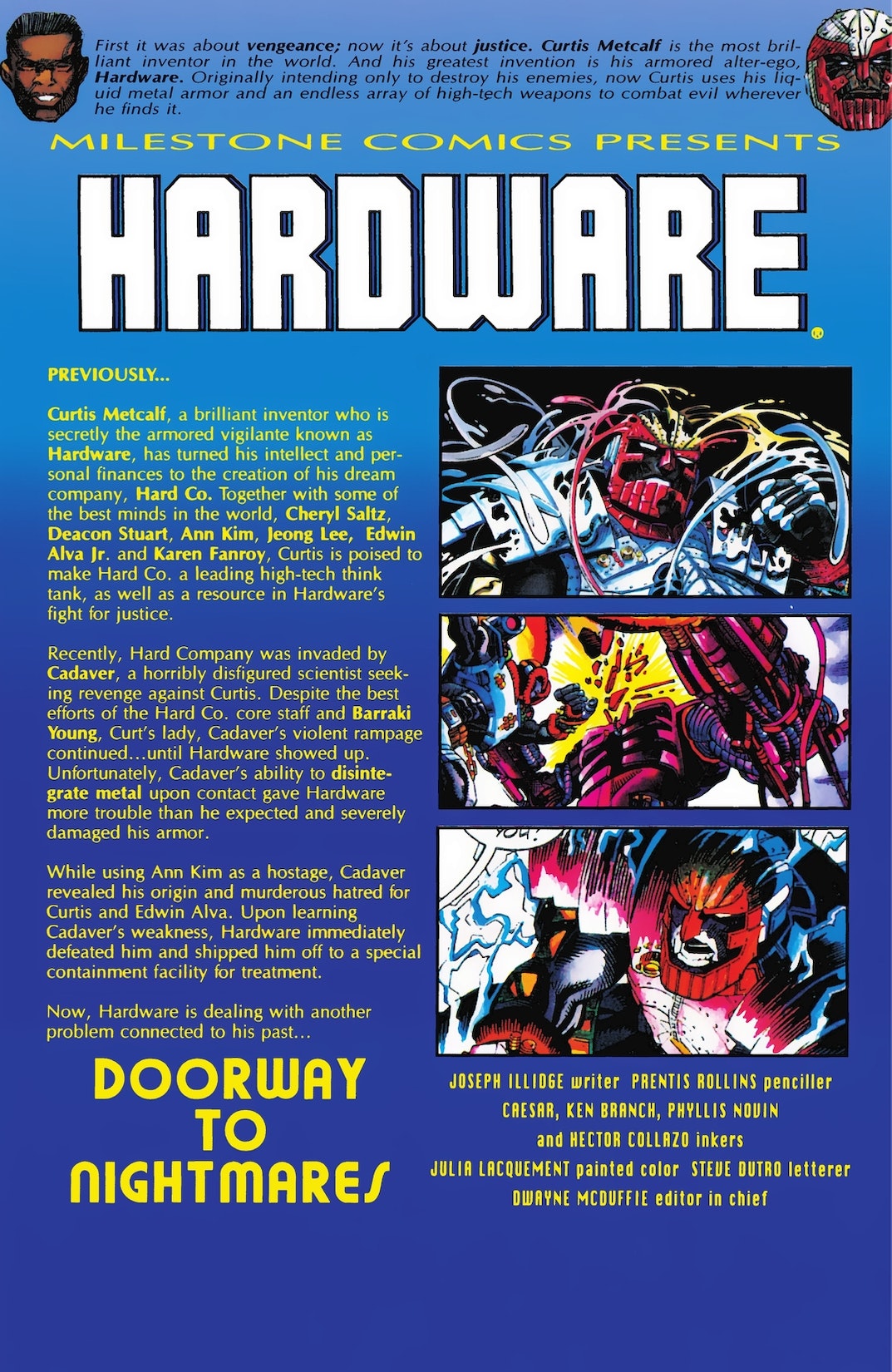 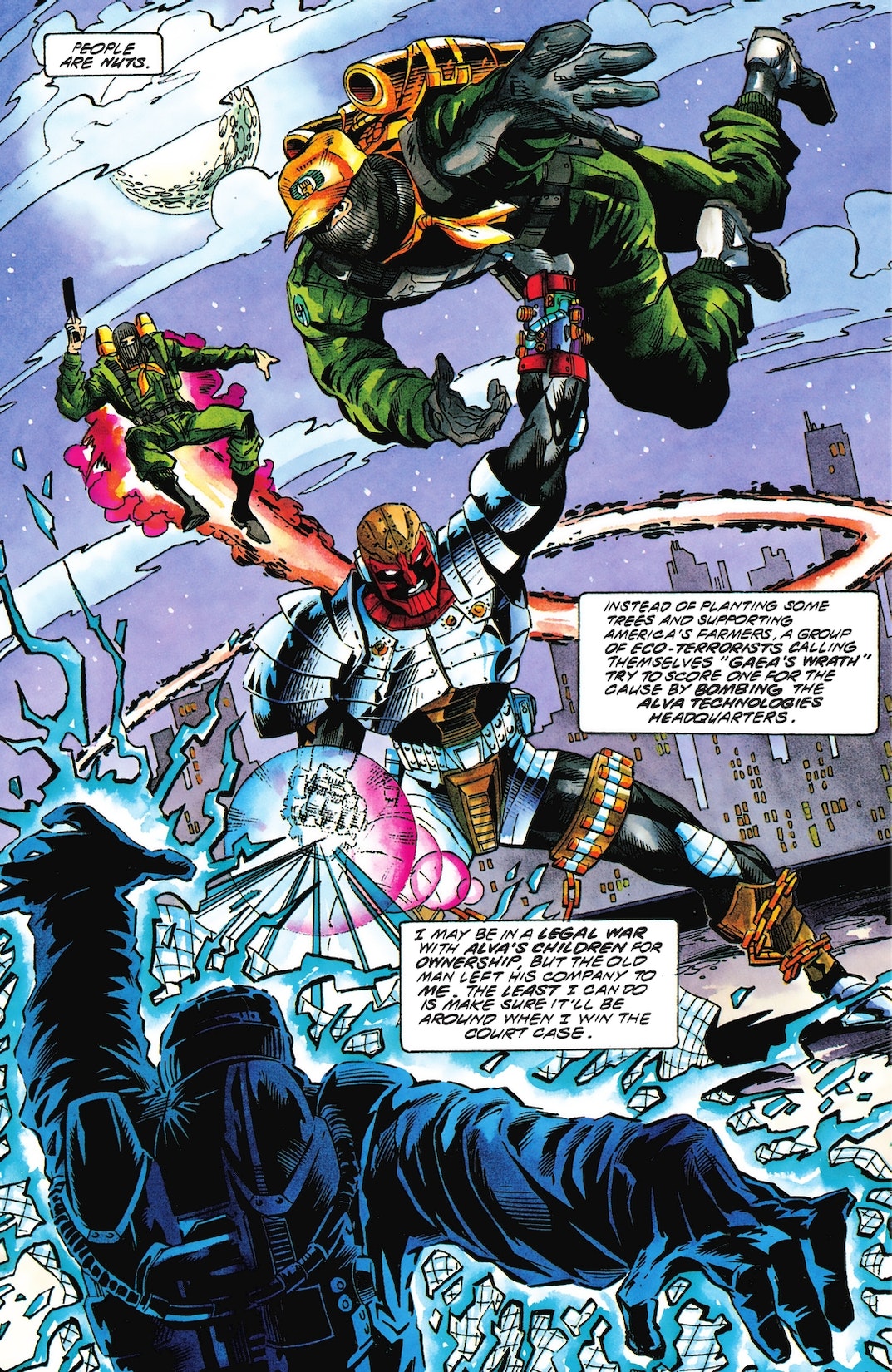 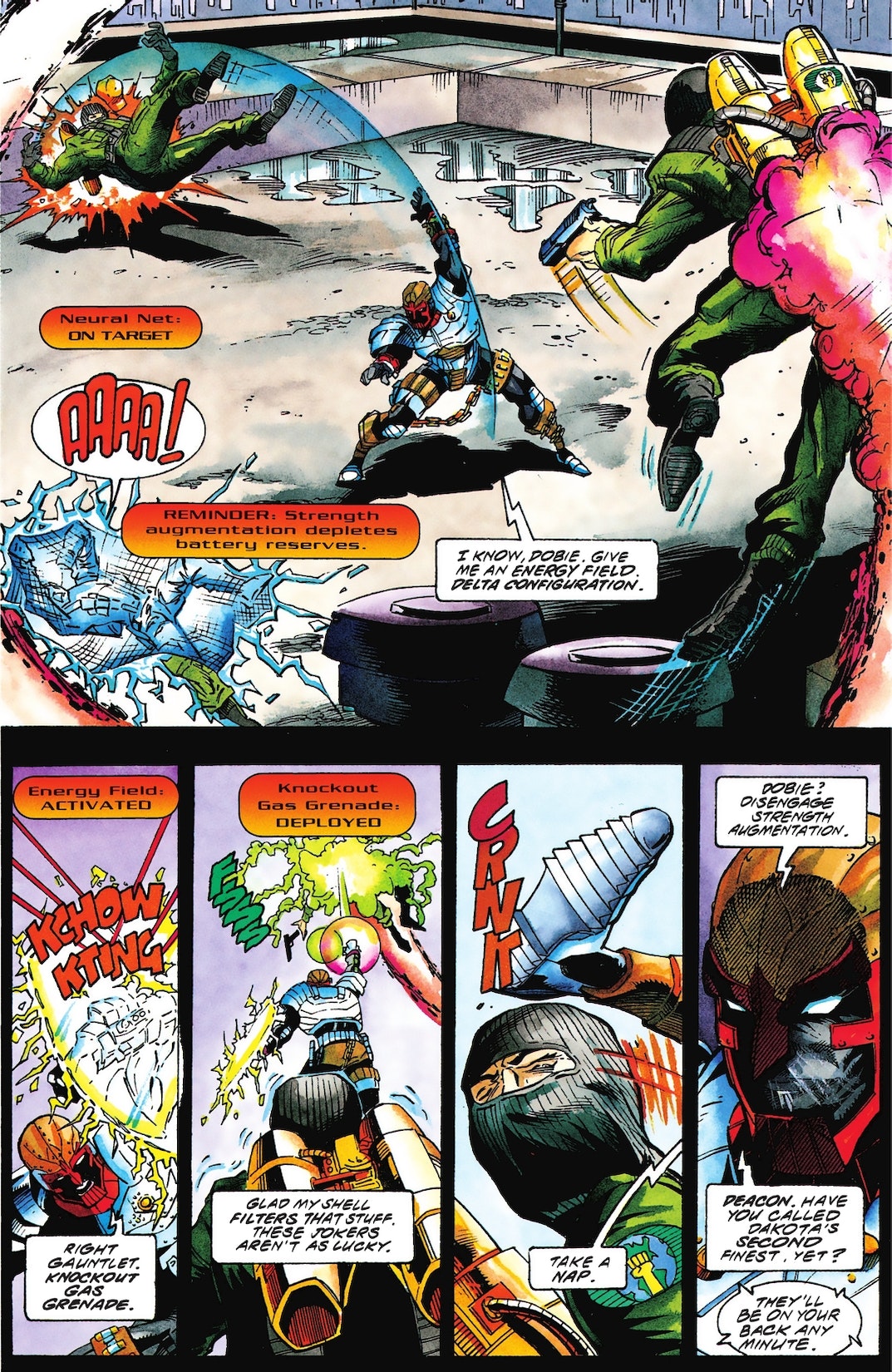 A spy within Hard Co.’s ranks leads Hardware into the middle of an interdimensional war between S.Y.S.T.E.M. and a bizarre race of creatures. Before it’s over, Dakota’s armored crime-fighter will need help from Starlight and the Heroes to save Times Square from becoming the site of a bloodbath.