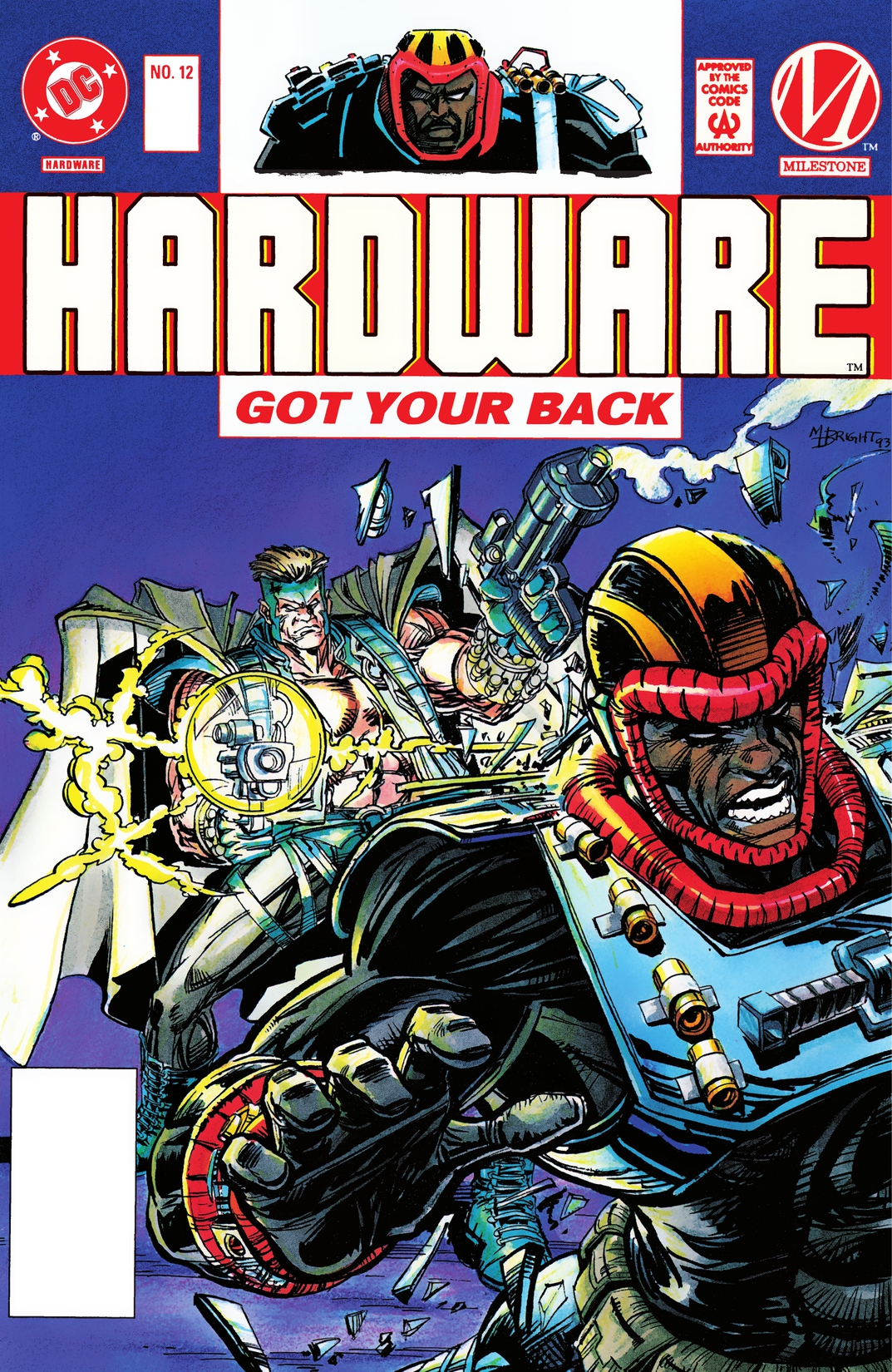 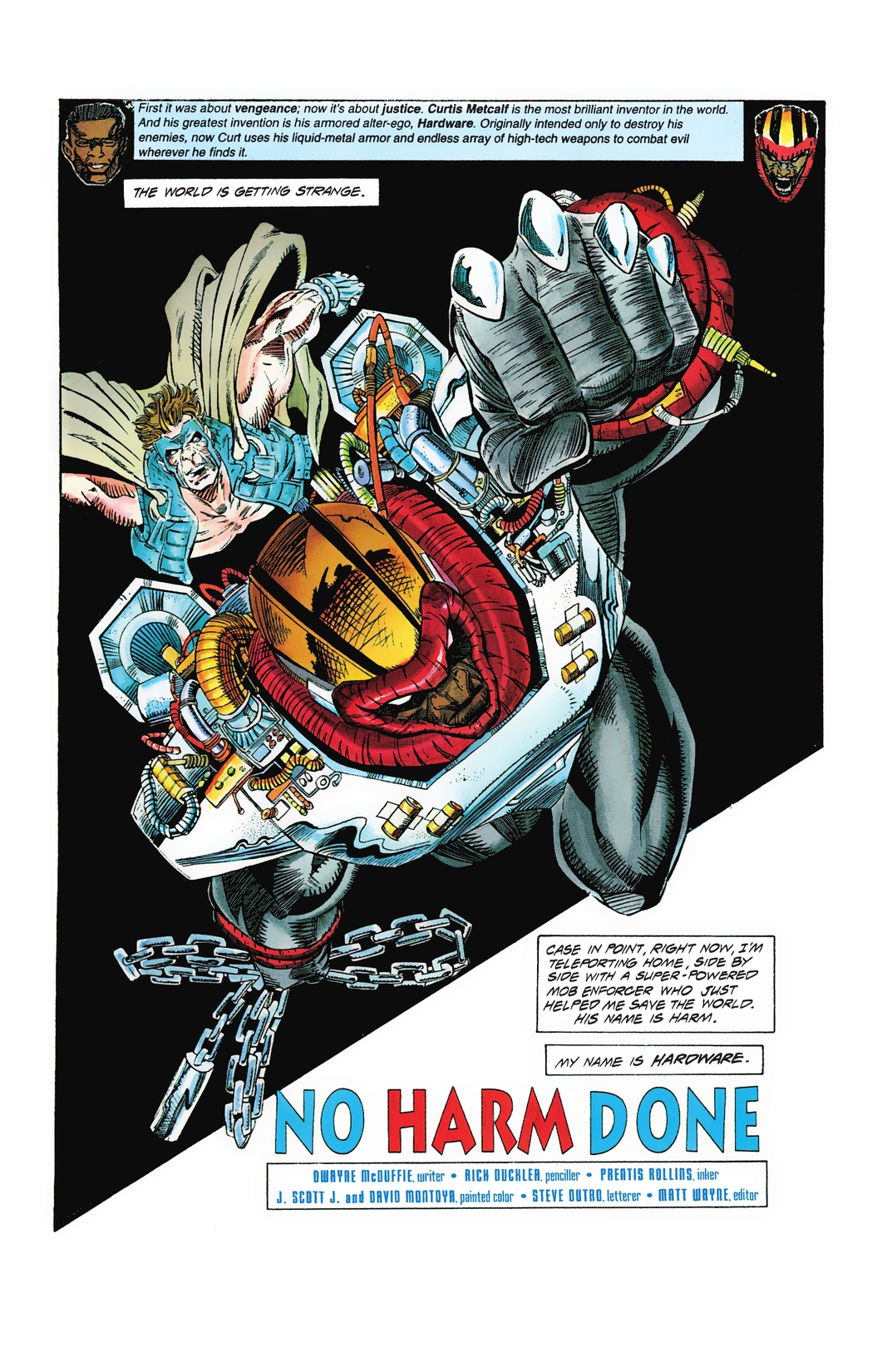 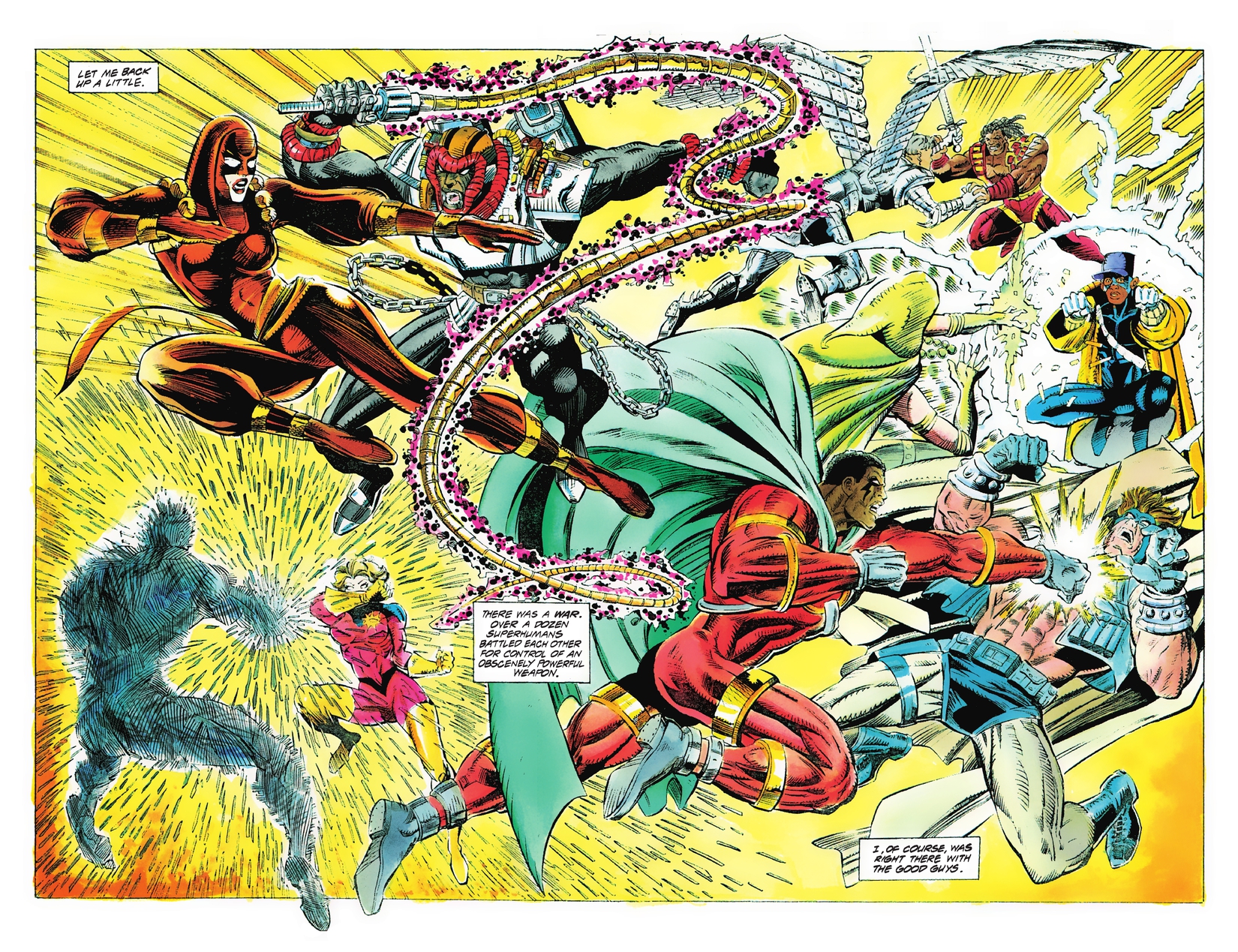 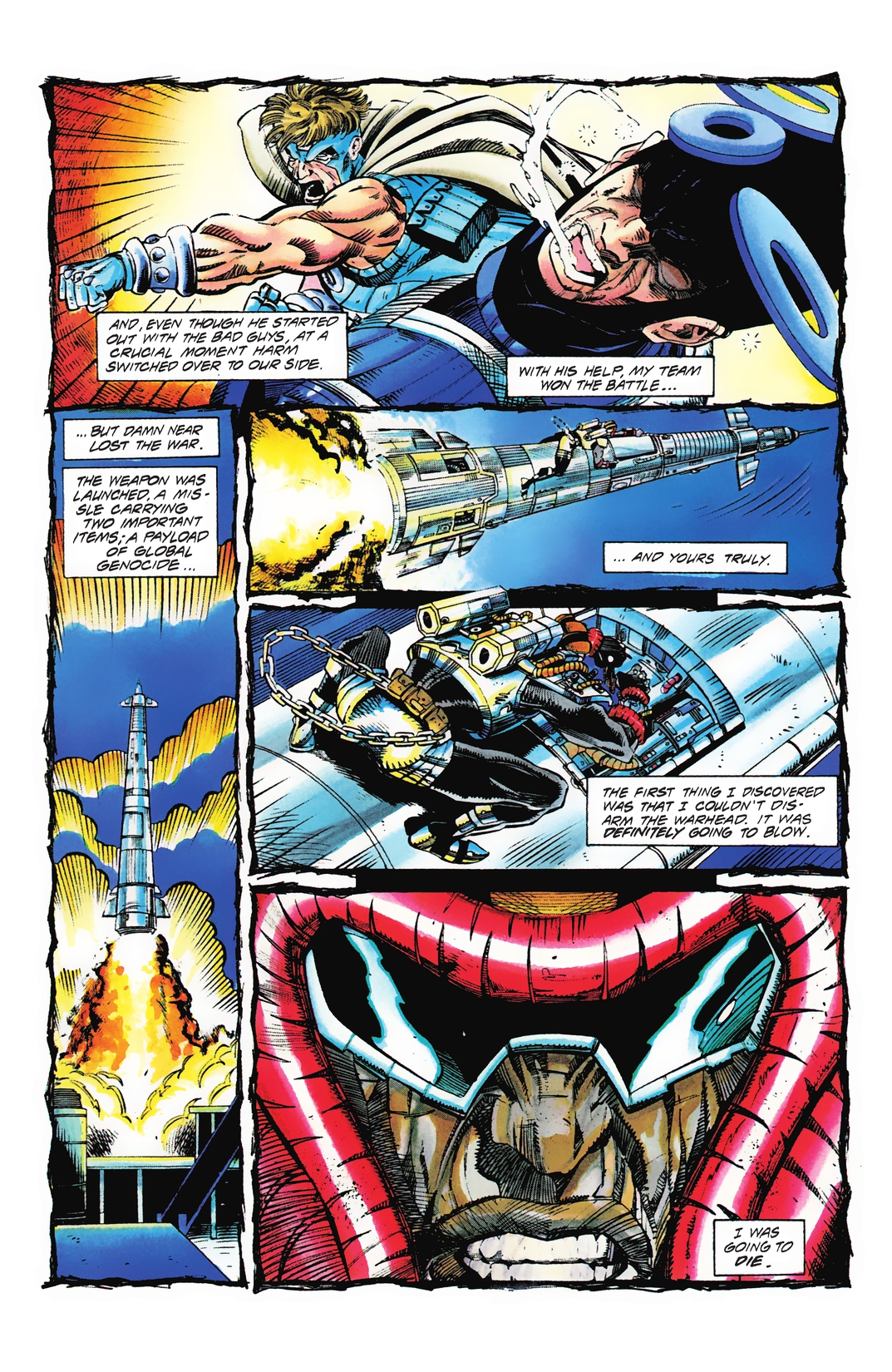 When the Shadow War broke out, Hardware and Harm set aside their differences. Now that it’s over, it’s time to work things out-and work each other over! Written by Dwayne McDuffie and pencilled by Rich Buckler. Cover by Denys Cowan.