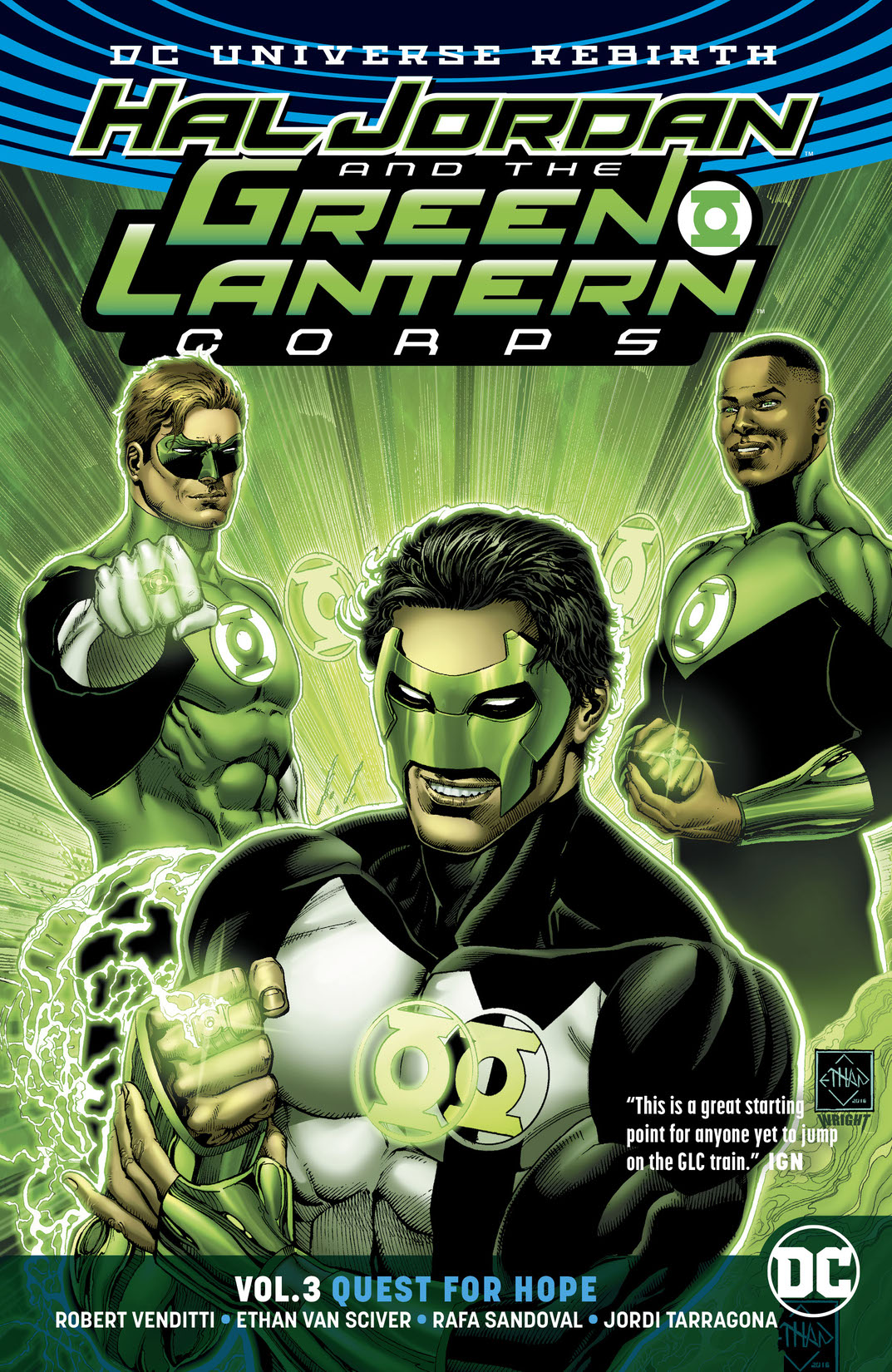 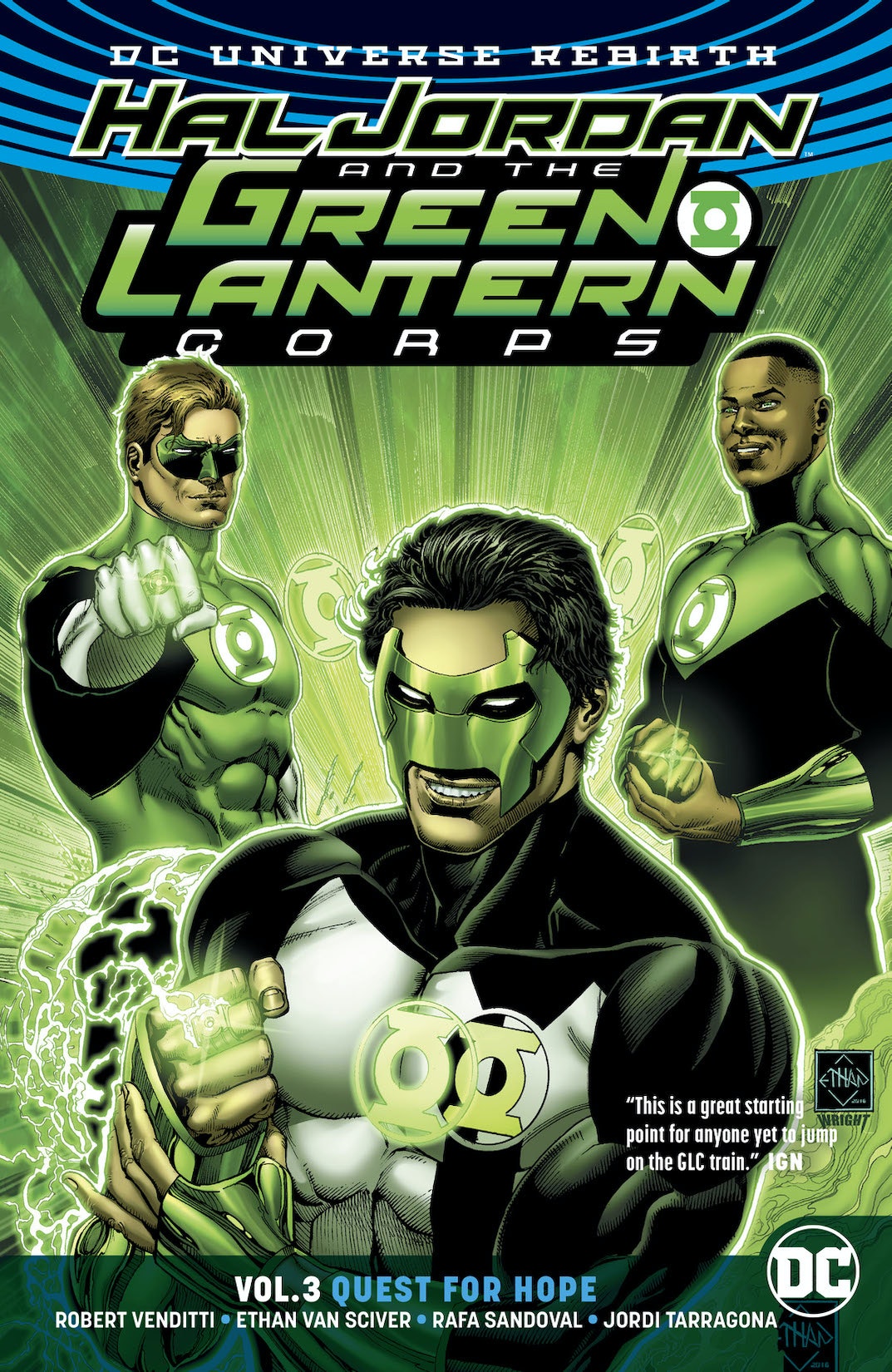 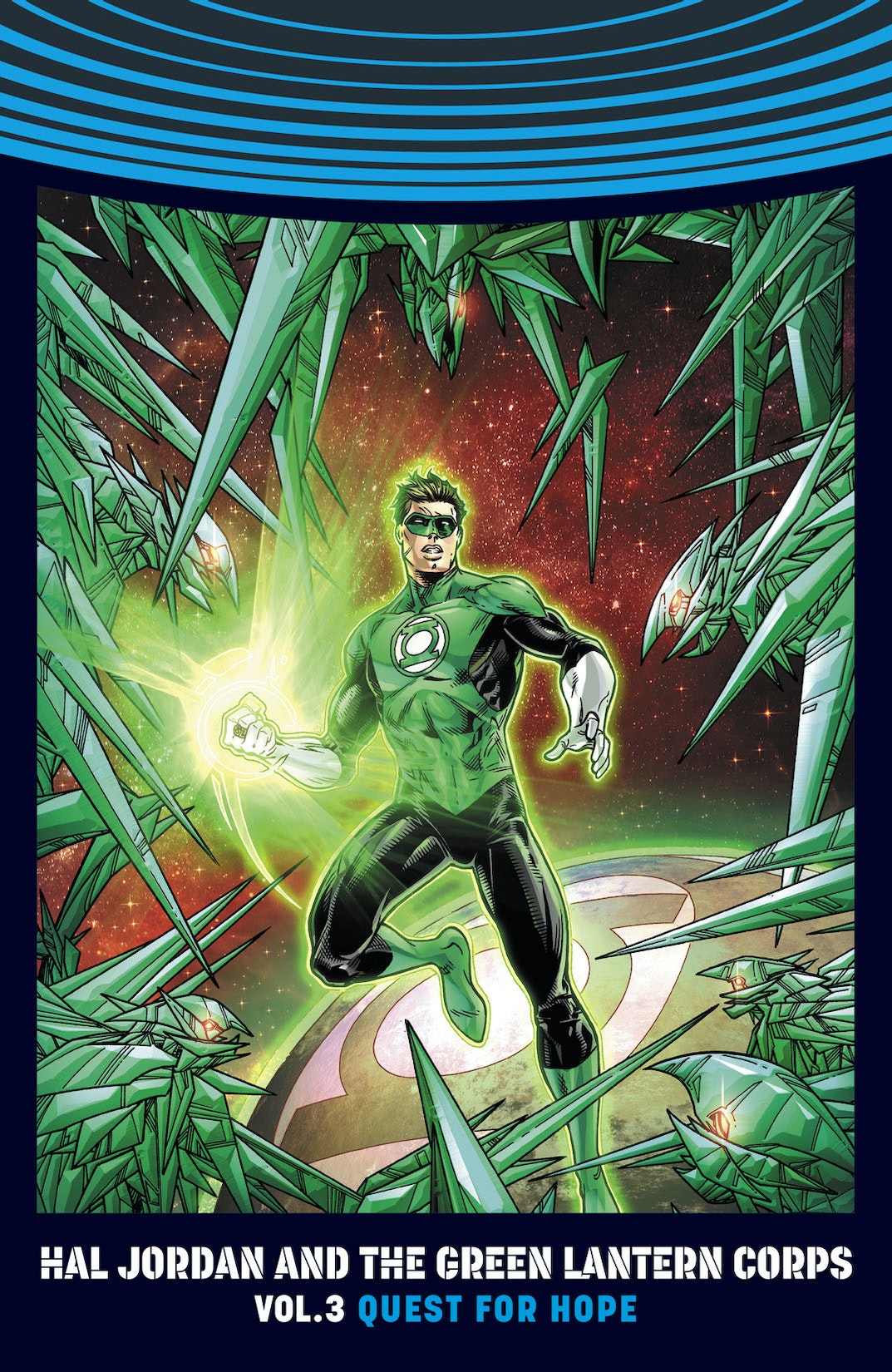 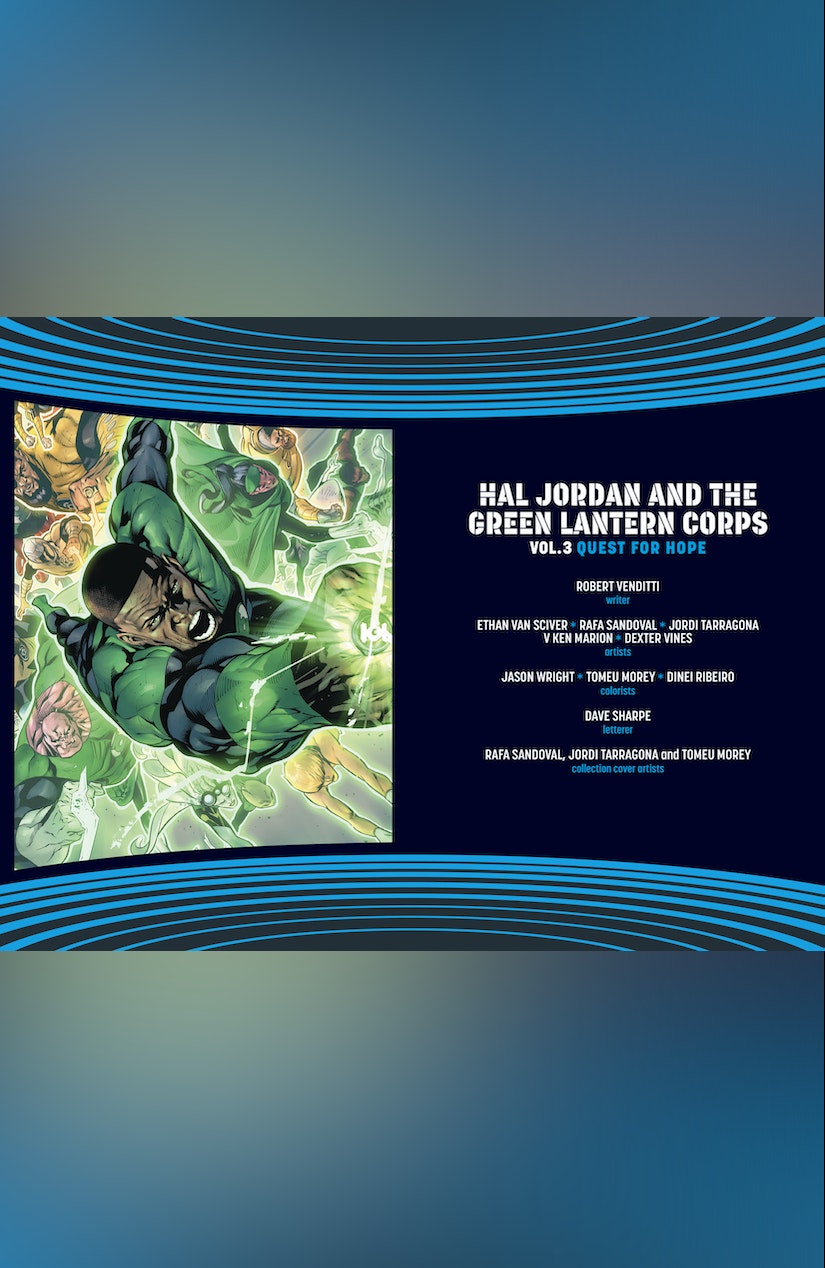 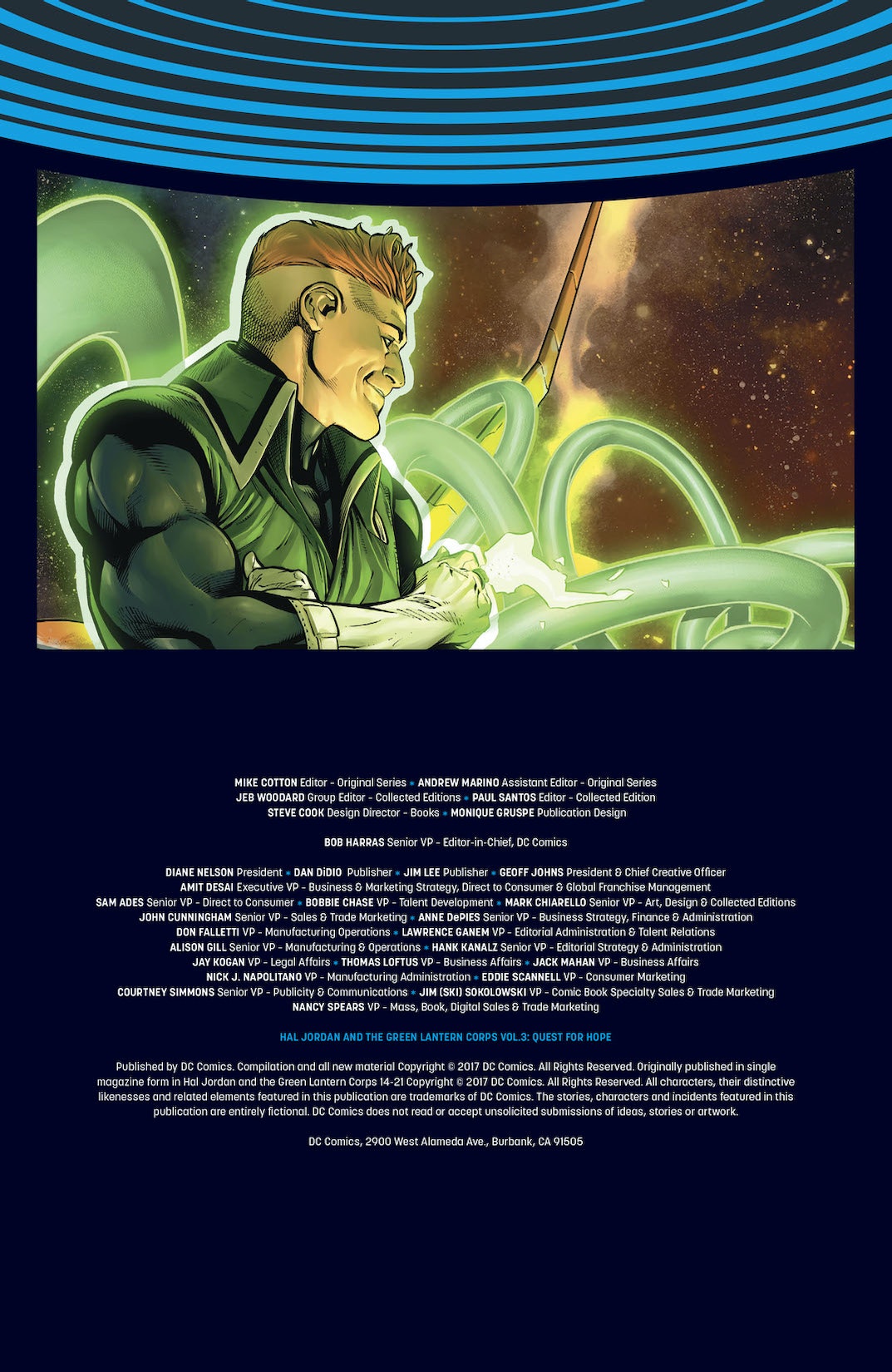 Writer Robert Venditti (THE FLASH) is joined by iconic Green Lantern artist Ethan Van Sciver (GREEN LANTERN: REBIRTH, THE FLASH: REBIRTH) and artist Rafa Sandoval (CATWOMAN) to continue the rebirth of Hal Jordan and the Green Lantern Corps! It’s a new era for the Green Lantern Corps. Based on the living planet Mogo under the leadership of John Stewart, the Corps are about to take on their toughest assignment ever—partnering with their bitter enemies in the Sinestro Corps, combining the powers of Will and Fear as a new force for good. But not all of the Sinestro Corps members are ready to sign on. So the new Green-Yellow partnership has their first mission: track down the rogue Sinestro Corps members and bring them in...either to join the Green Lanterns or rot in a cell. Hal Jordan has a different mission, however. Together with former Green Lantern and current White Lantern Kyle Rayner, Jordan has been tasked by the Guardians of the Universe to find and rescue Saint Walker—the final Blue Lantern and keeper of the Light of Hope. But will Hal, Kyle and Walker be able to bring Hope back to the universe...or will their mission only empower a threat that waits in the shadows? Find out in HAL JORDAN AND THE GREEN LANTERN CORPS VOL. 3: QUEST FOR HOPE. Collects HAL JORDAN AND THE GREEN LANTERN CORPS #14-21.