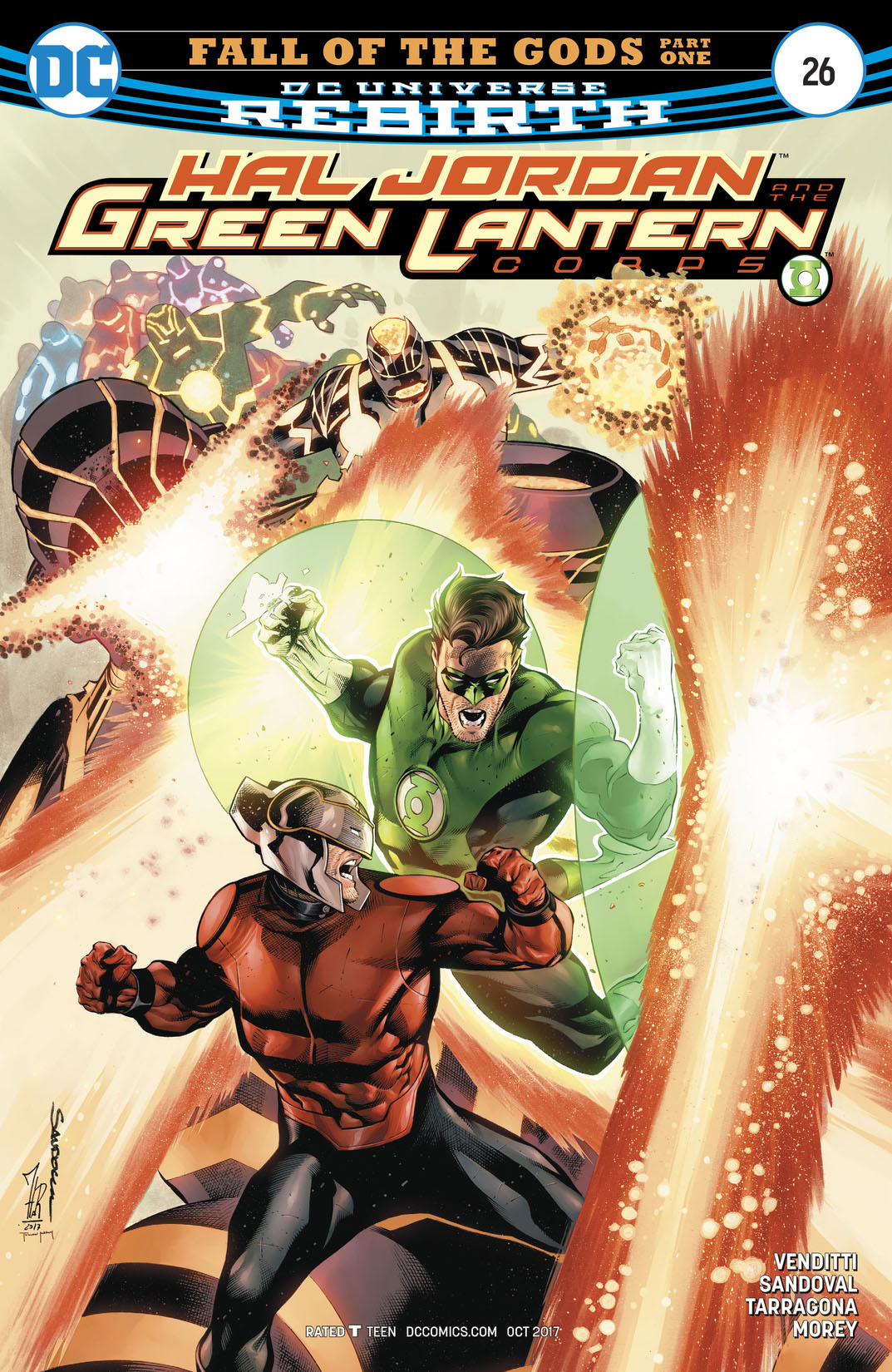 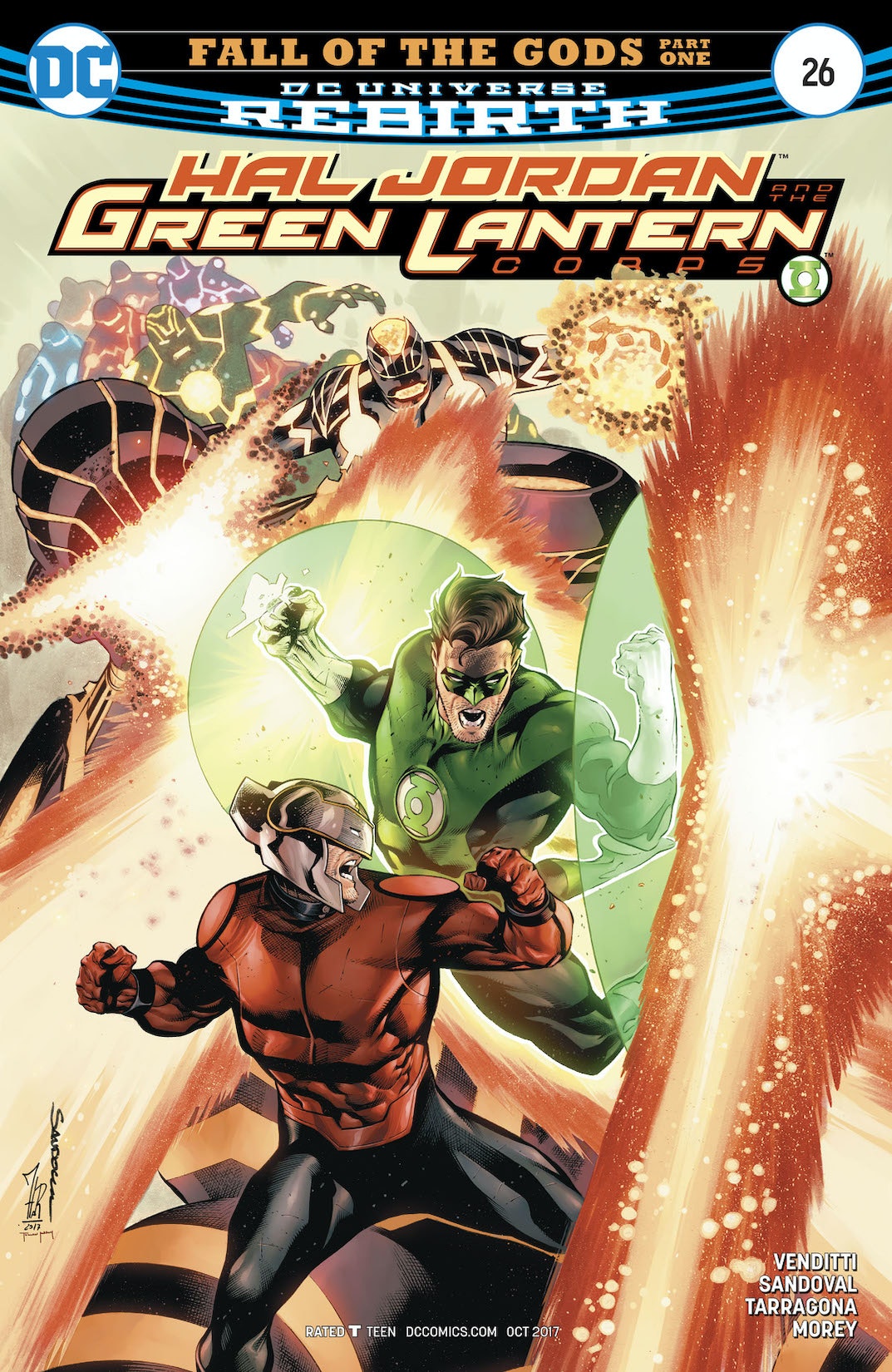 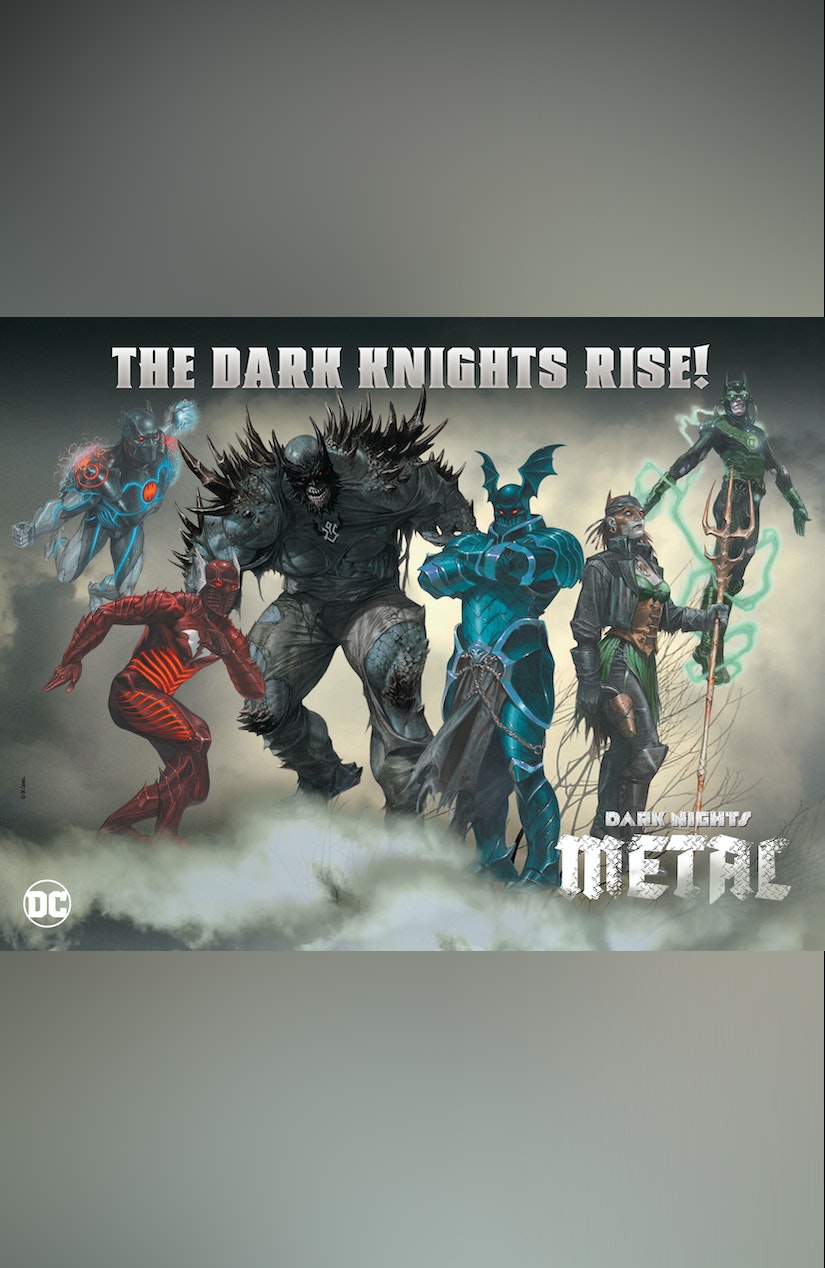 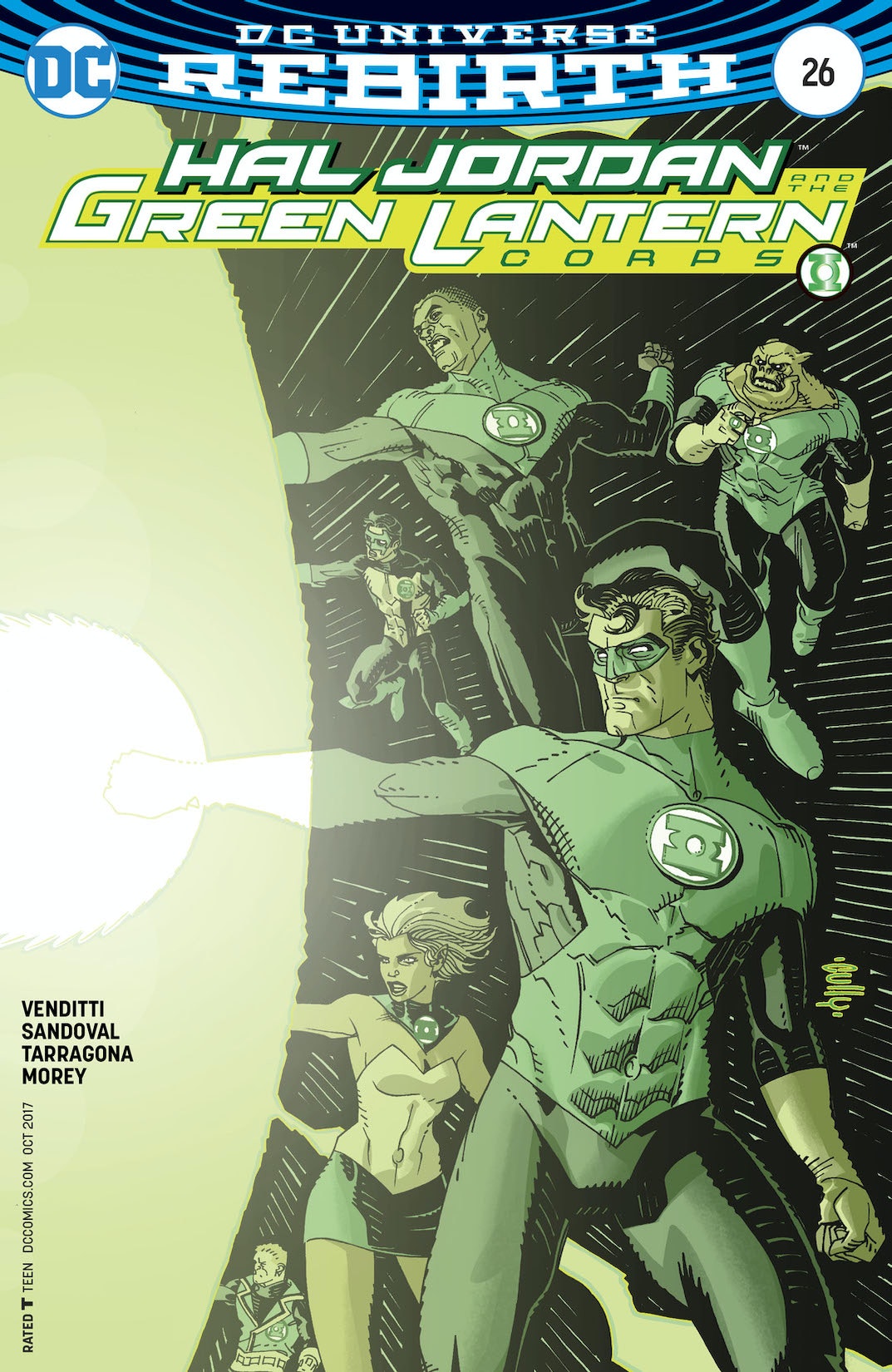 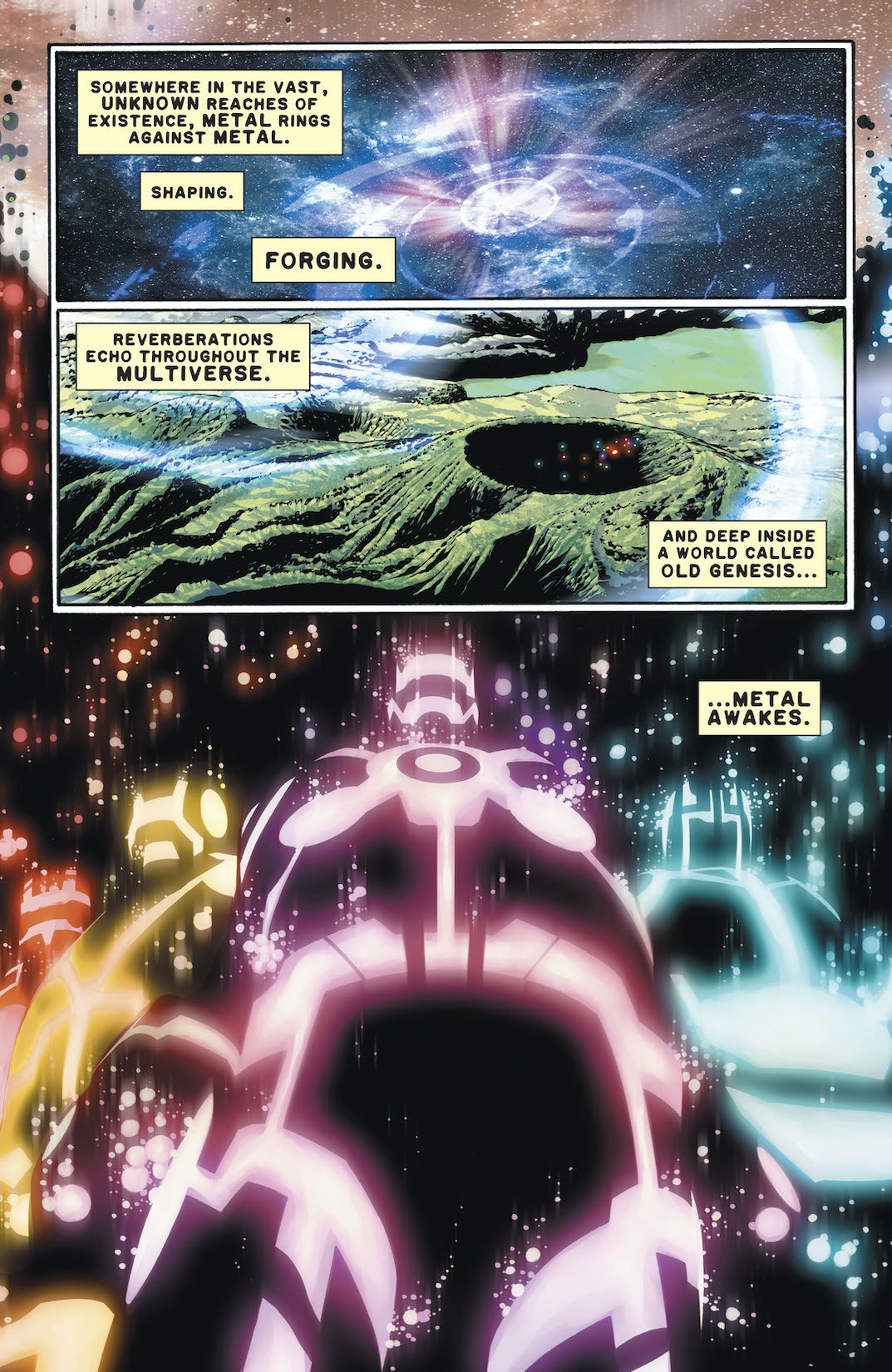 “FALL OF THE GODS” part one! Ancient hunters awaken across the cosmos to end Highfather and the New Gods! Hal Jordan and the Green Lantern Corps draw the line between gods, but that won’t stop the body count as the most powerful deities in the universe go to war.