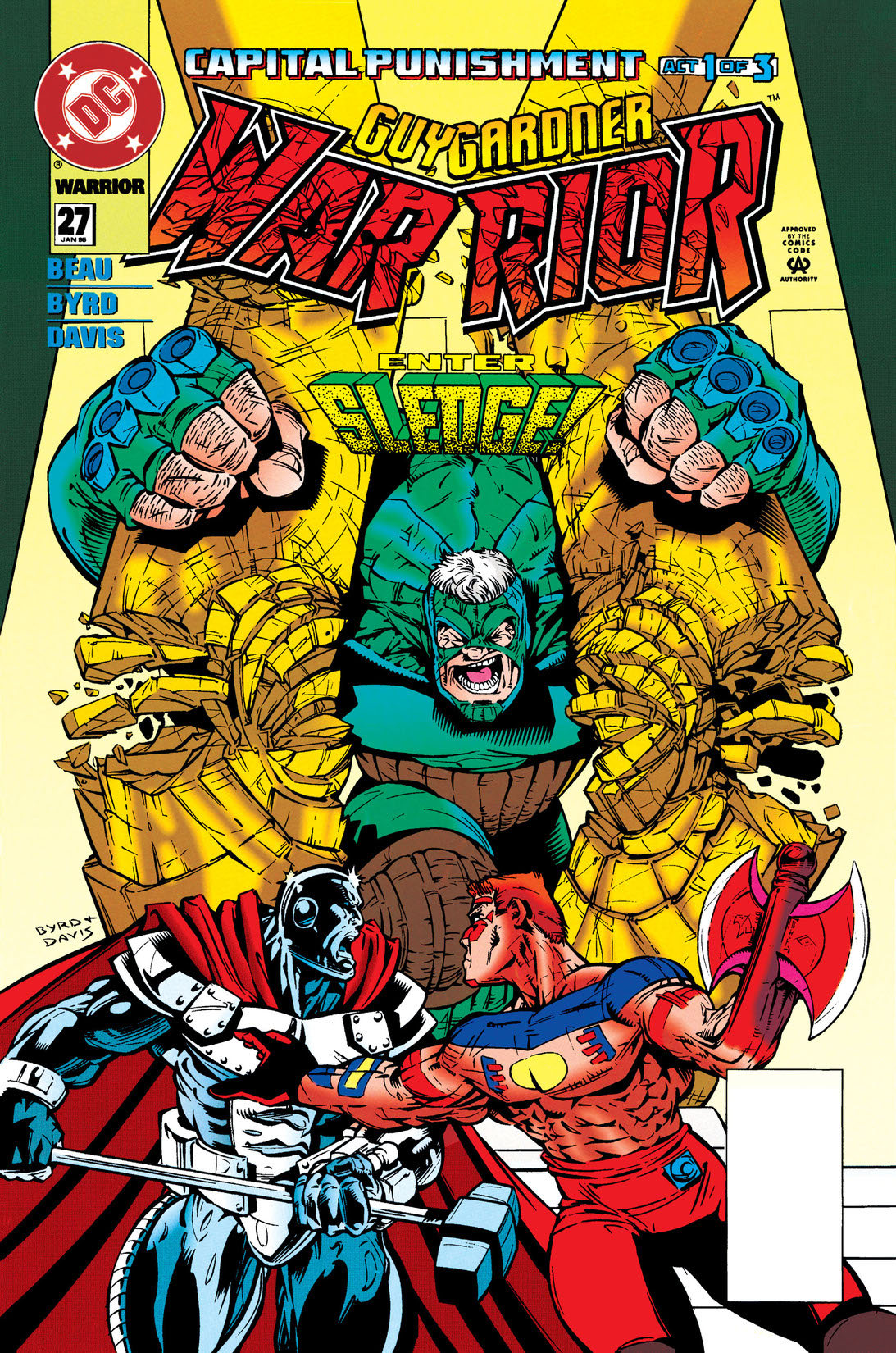 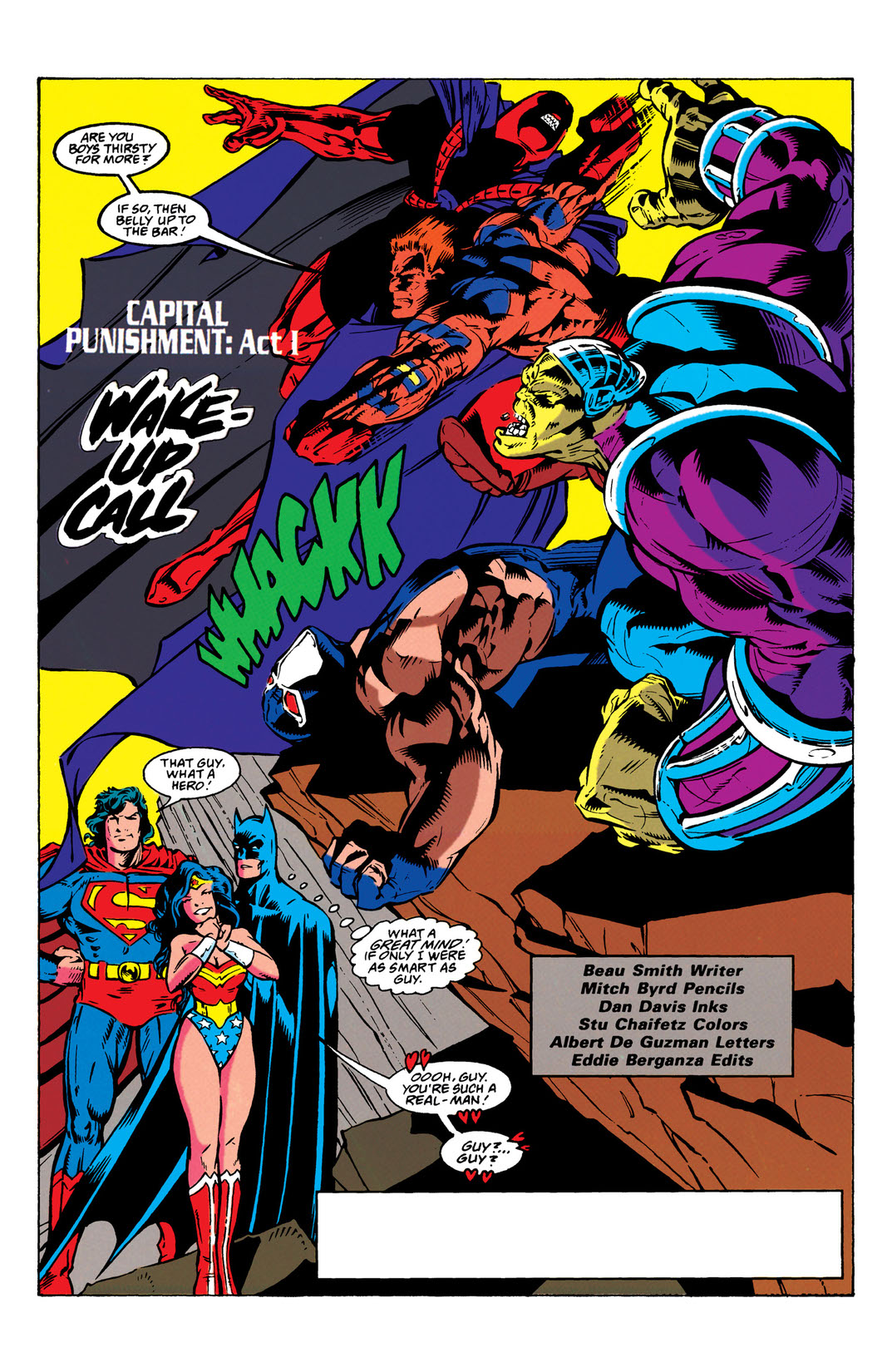 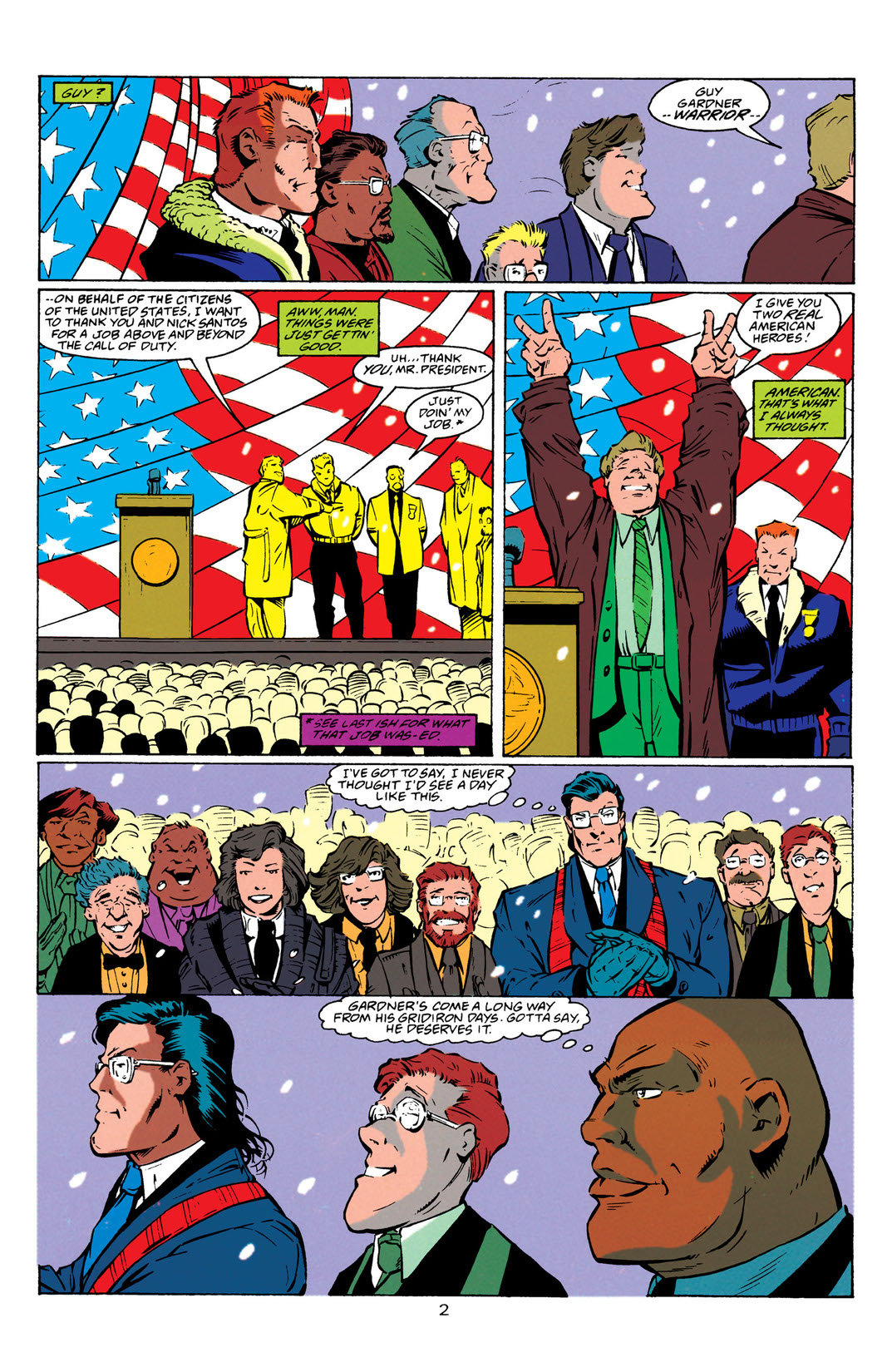 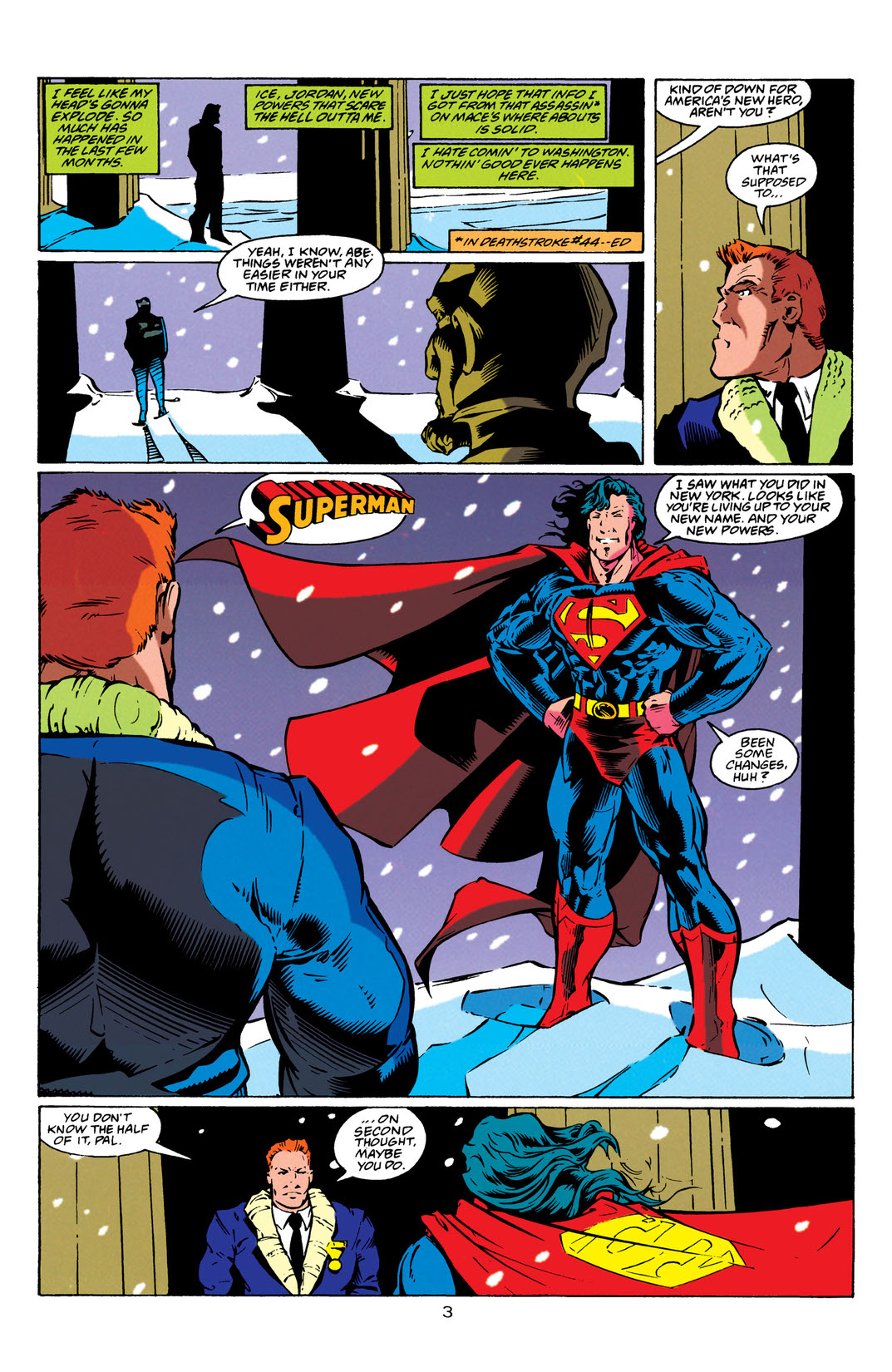 Part one of the three-part story, “Capital Punishment,” guest-starring Steel. Guy Gardner teams with John Henry Irons when Warrior arrives in Washington, D.C., to rescue his brother from the Quorum. But the Quorum has activated Sledge, a super-soldier from the past with orders to kill. Plus, Superman makes a cameo appearance.