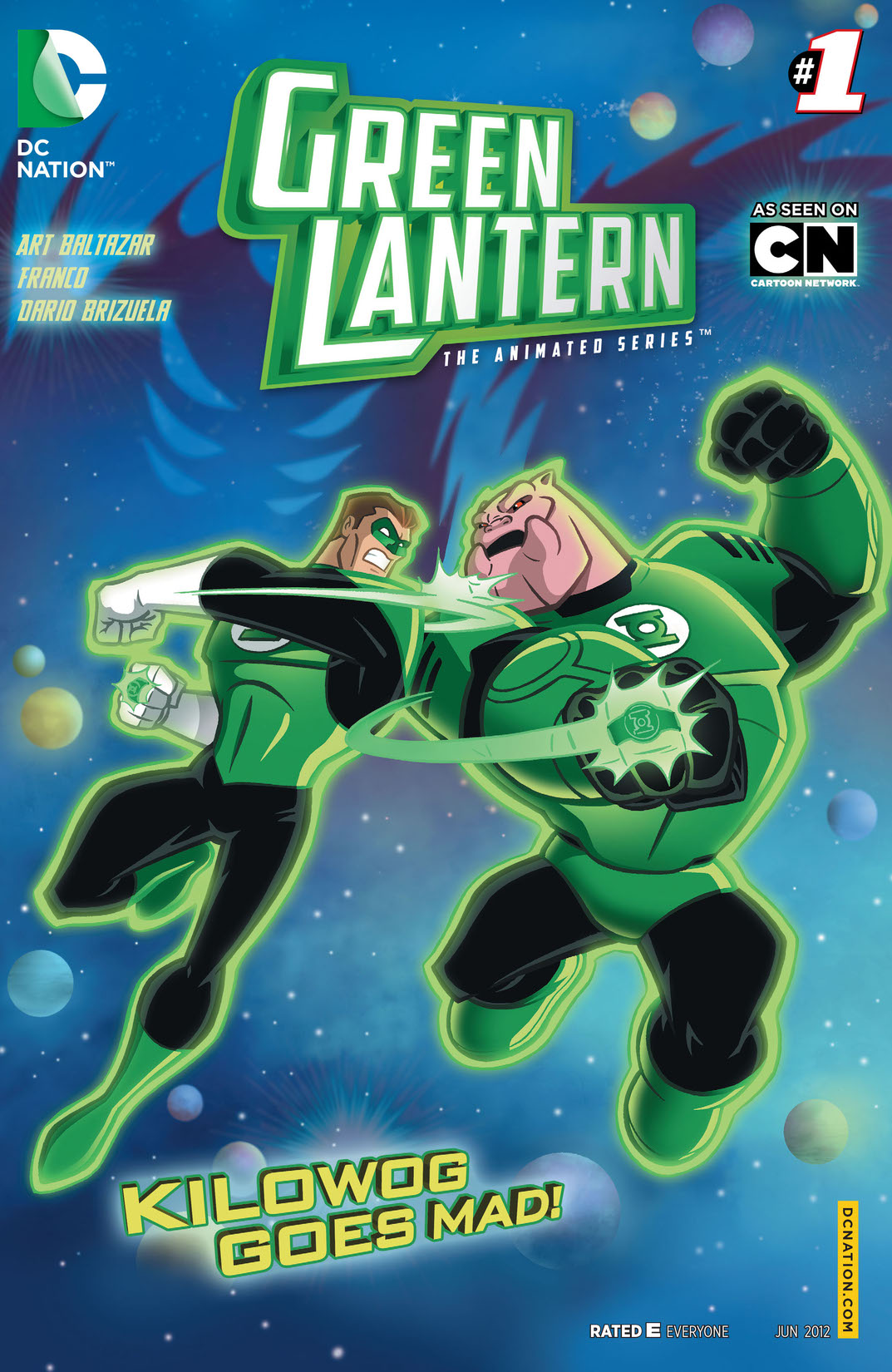 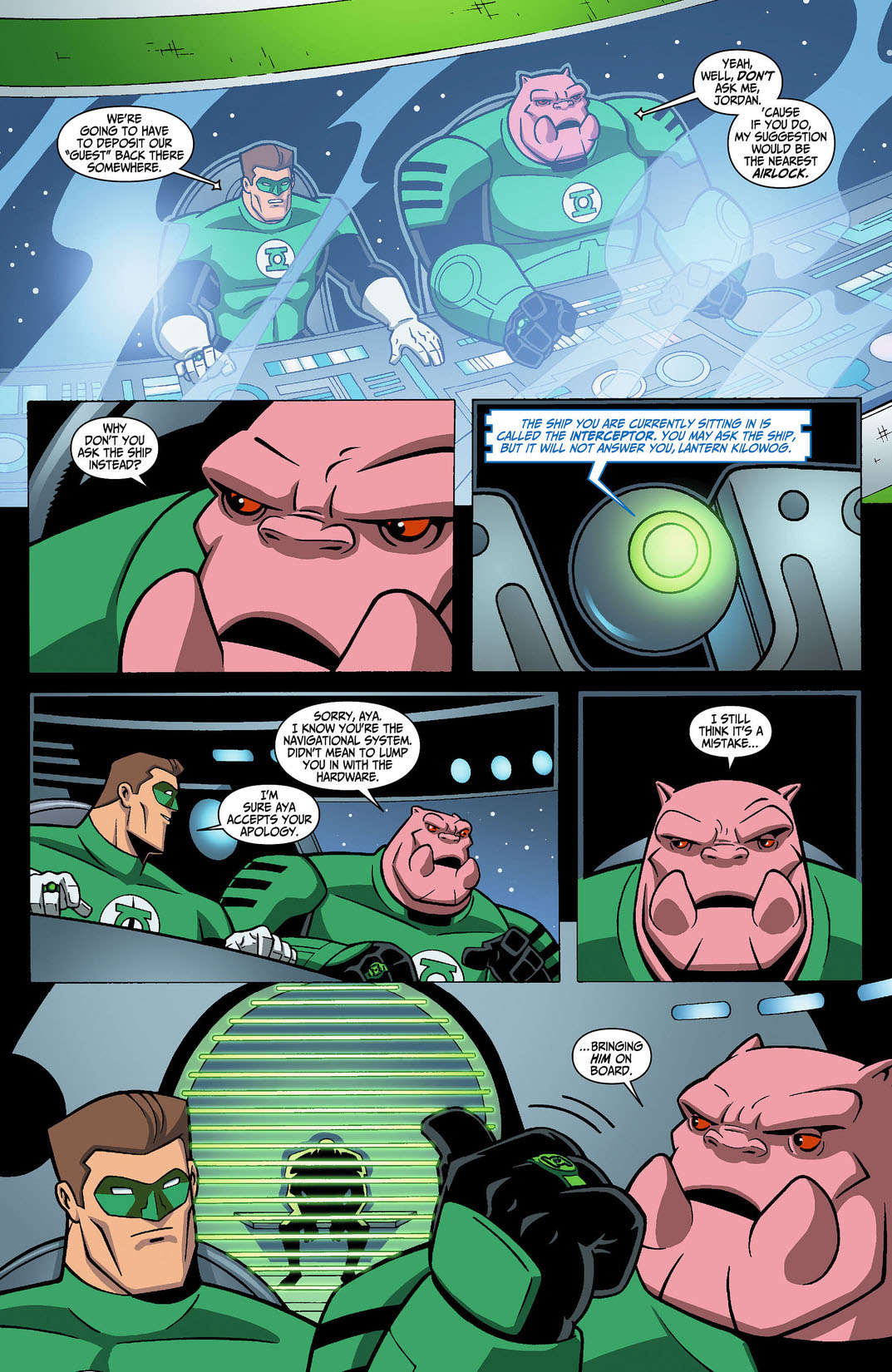 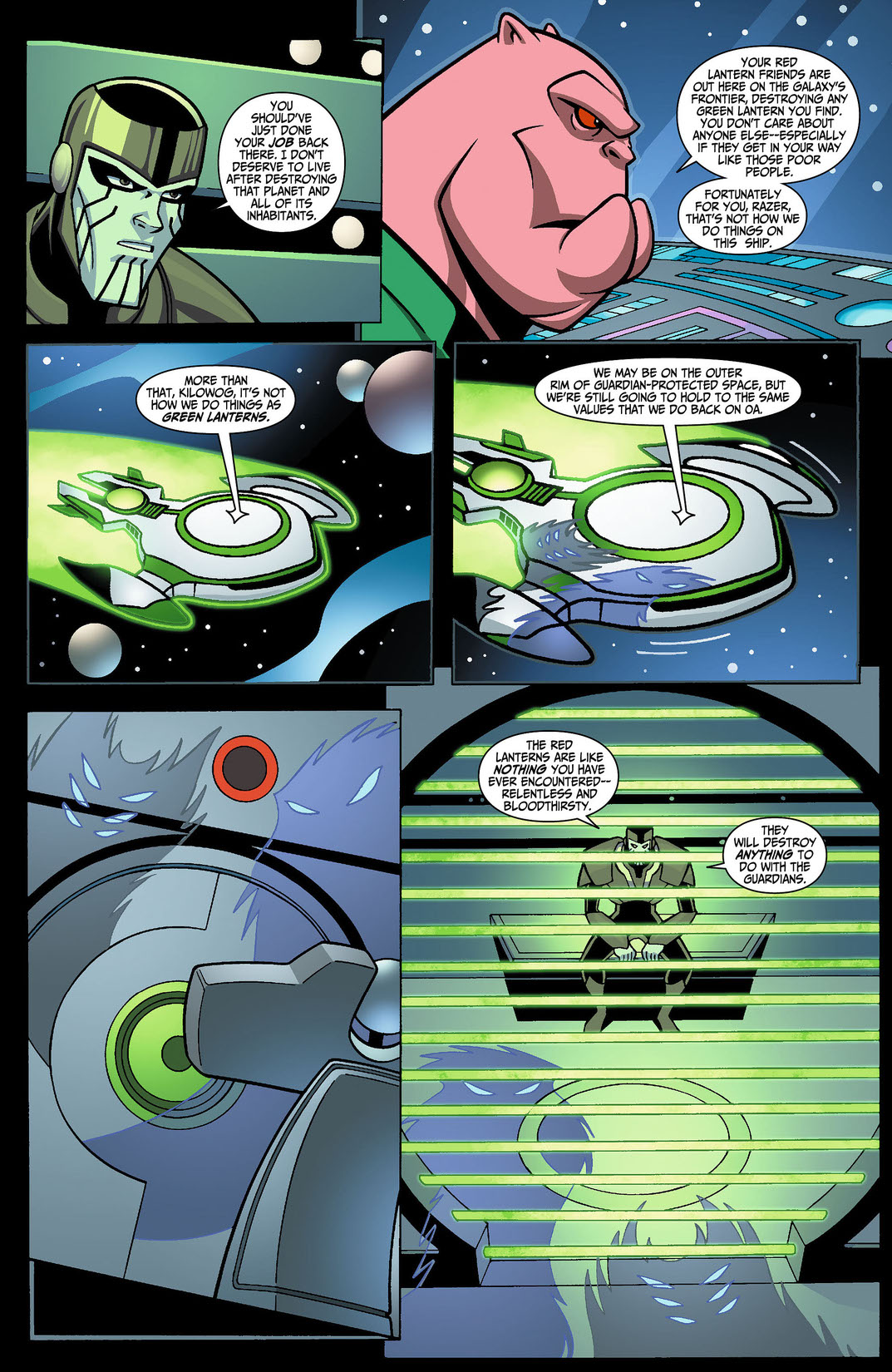 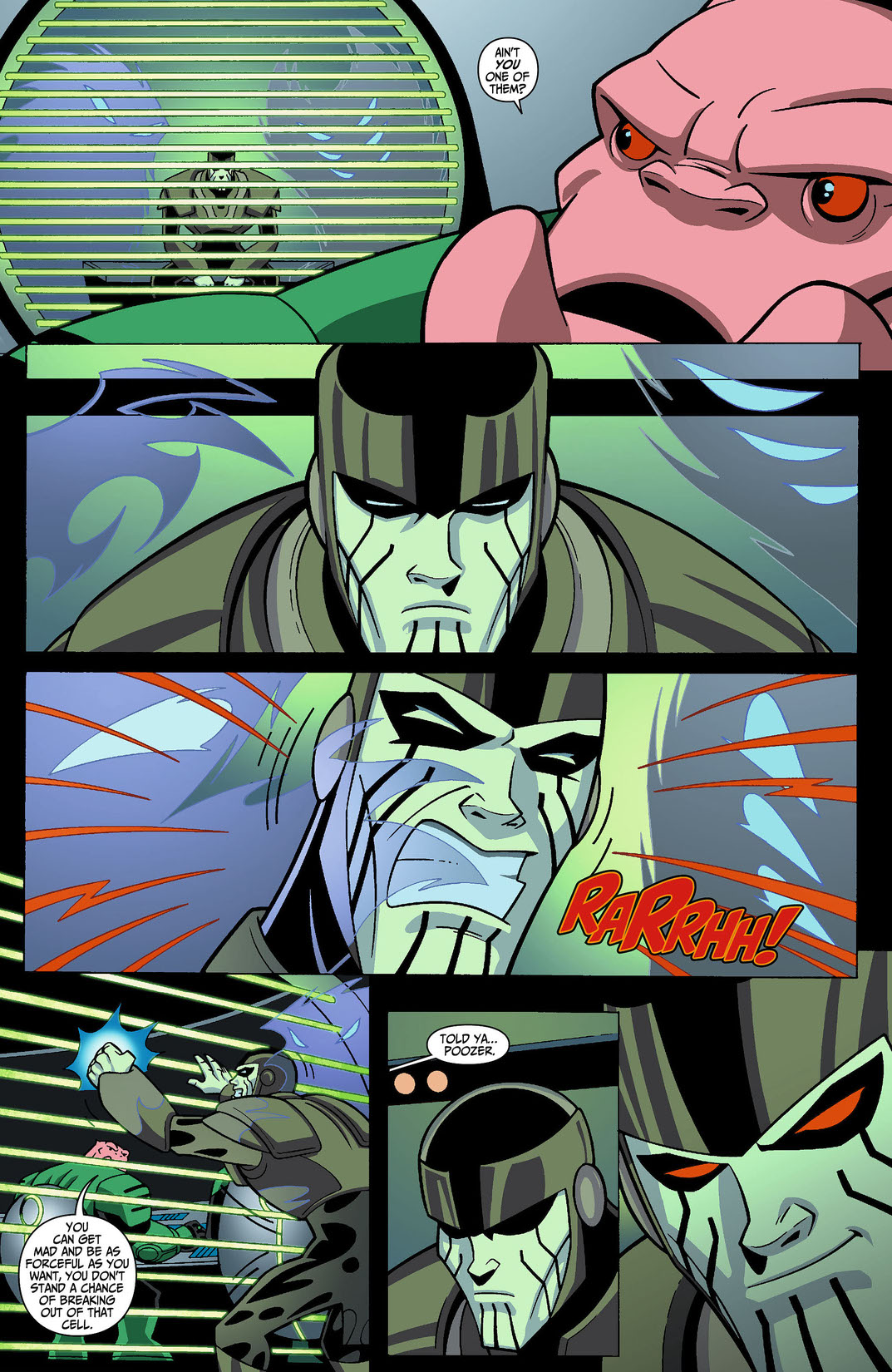 Hal Jordan faces his greatest challenge onboard the Interceptor, when he faces off against a captured Red Lantern...and his mentor, Kilowog! Has their trip to the outer reaches of Guardian space driven Kilowog mad? Has their rage-filled prisoner influenced him to rebel against the Guardians' will? Hal can't believe his eyes, and neither will you!