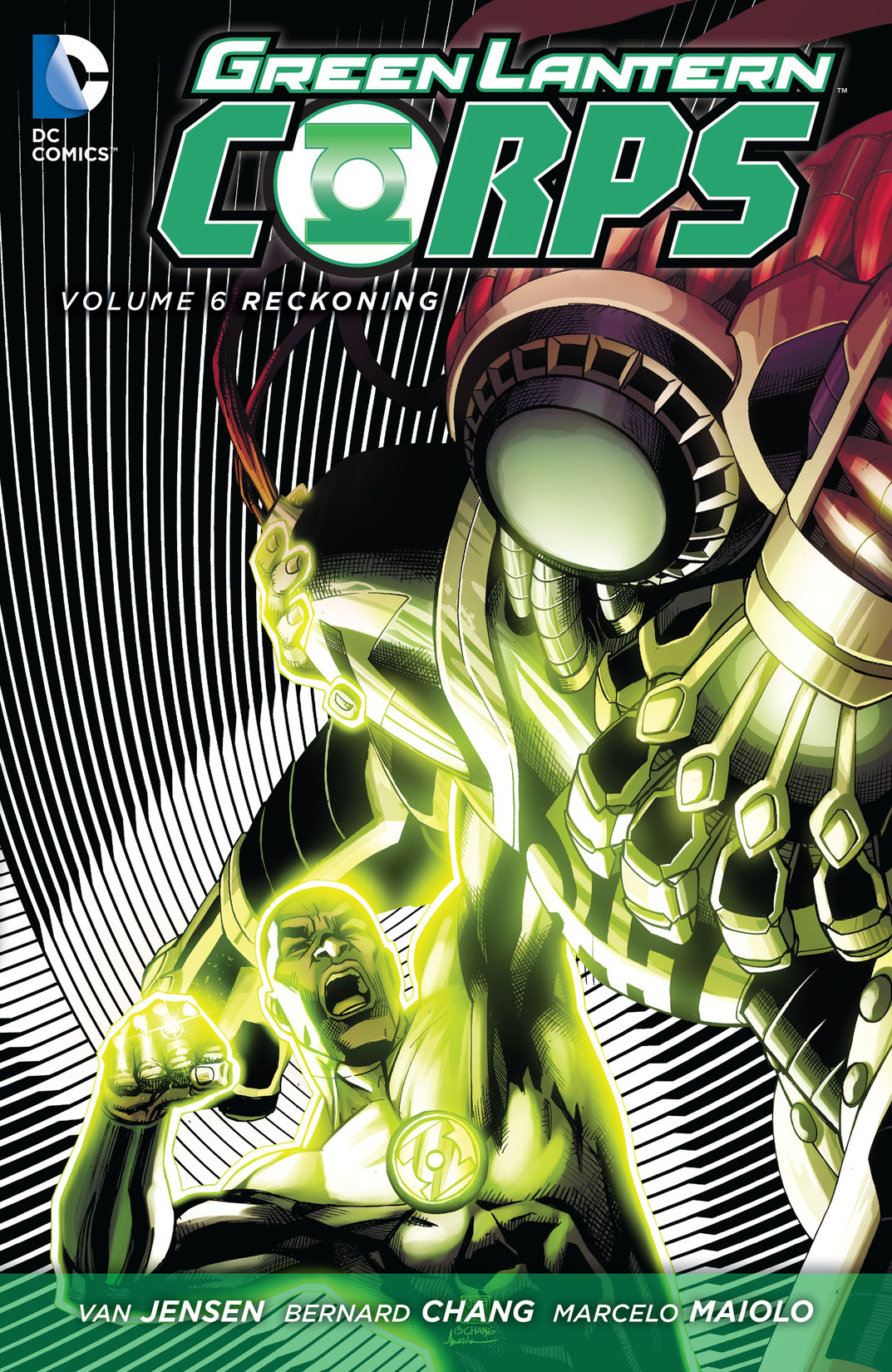 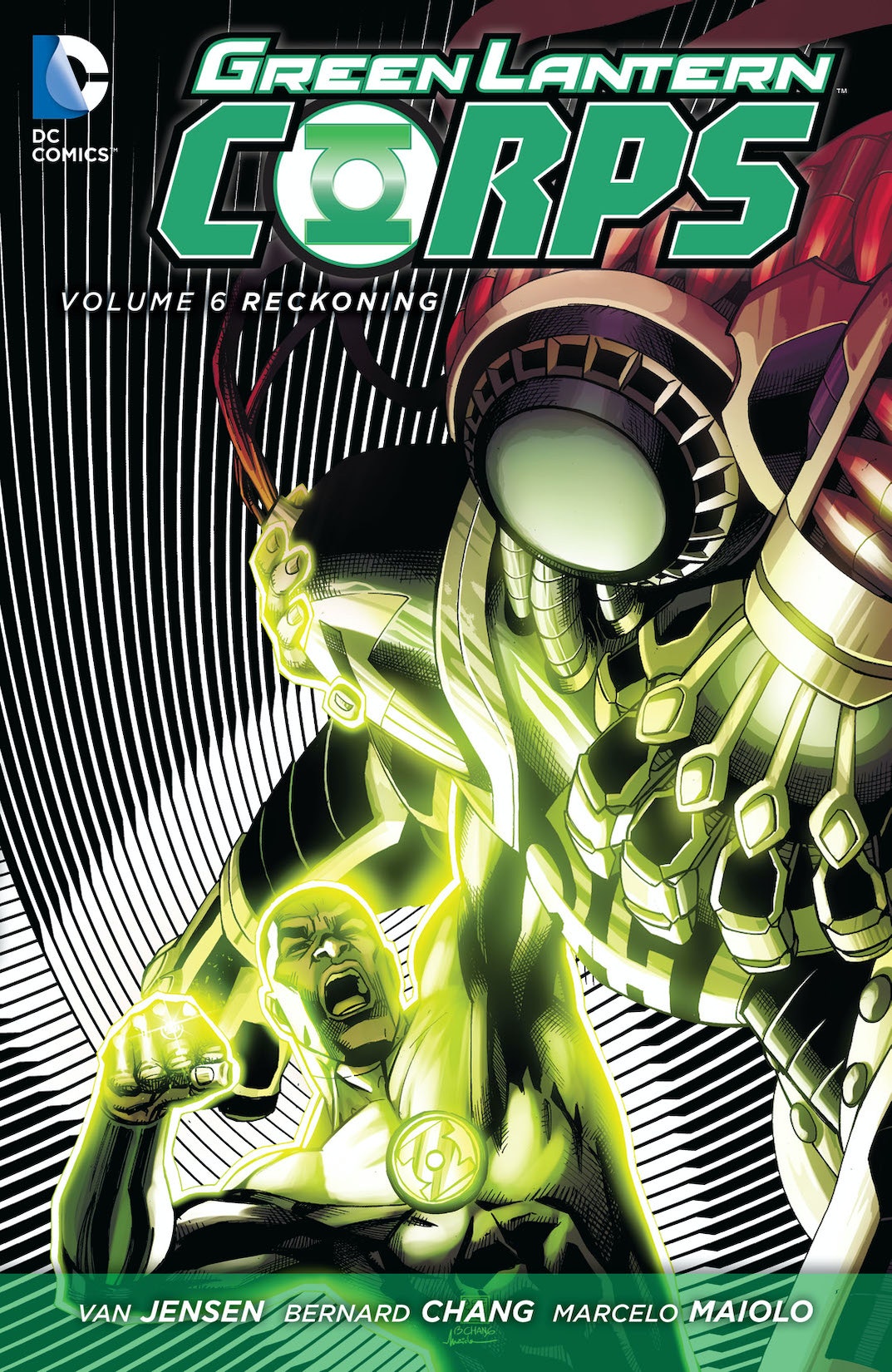 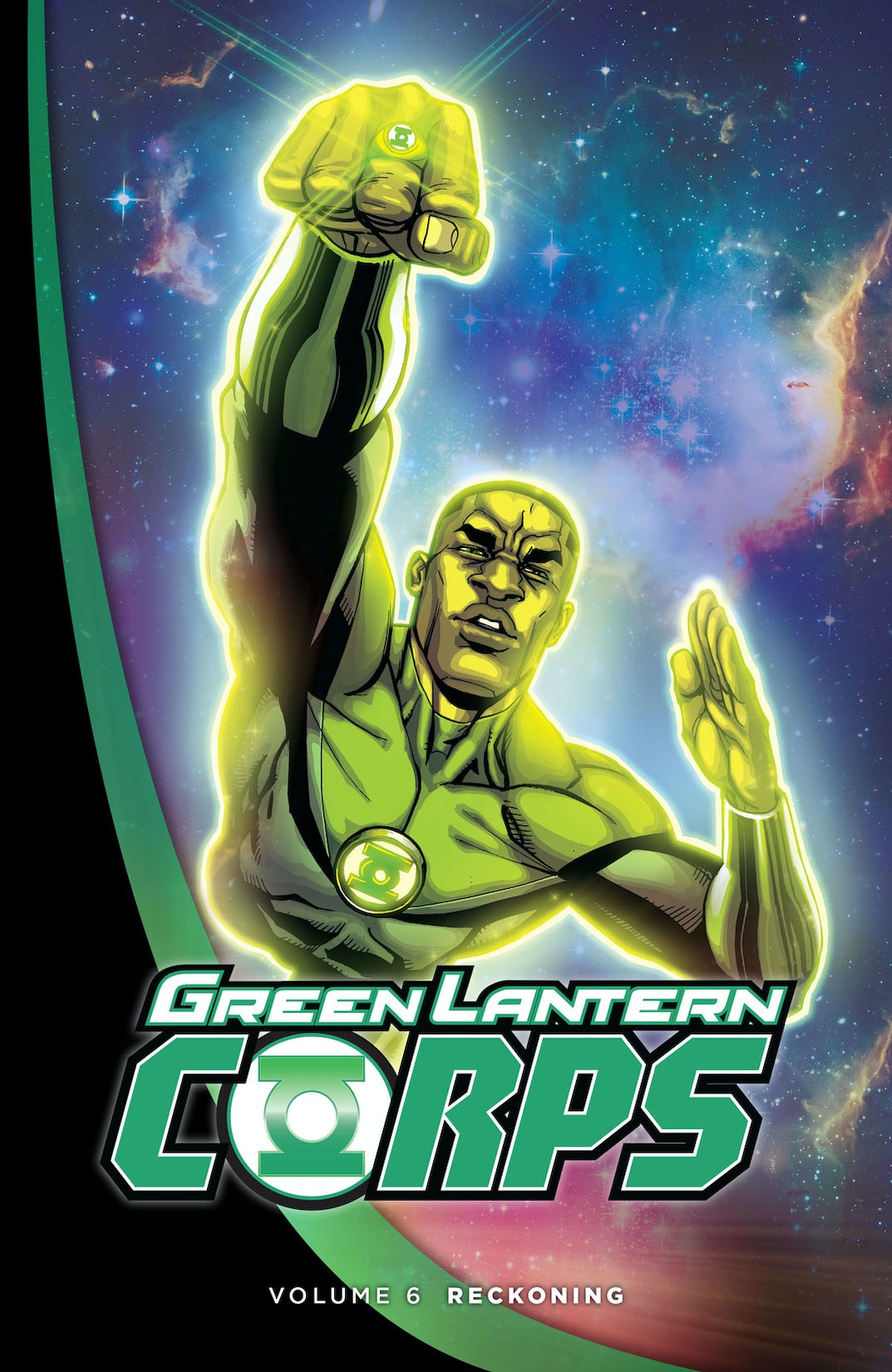 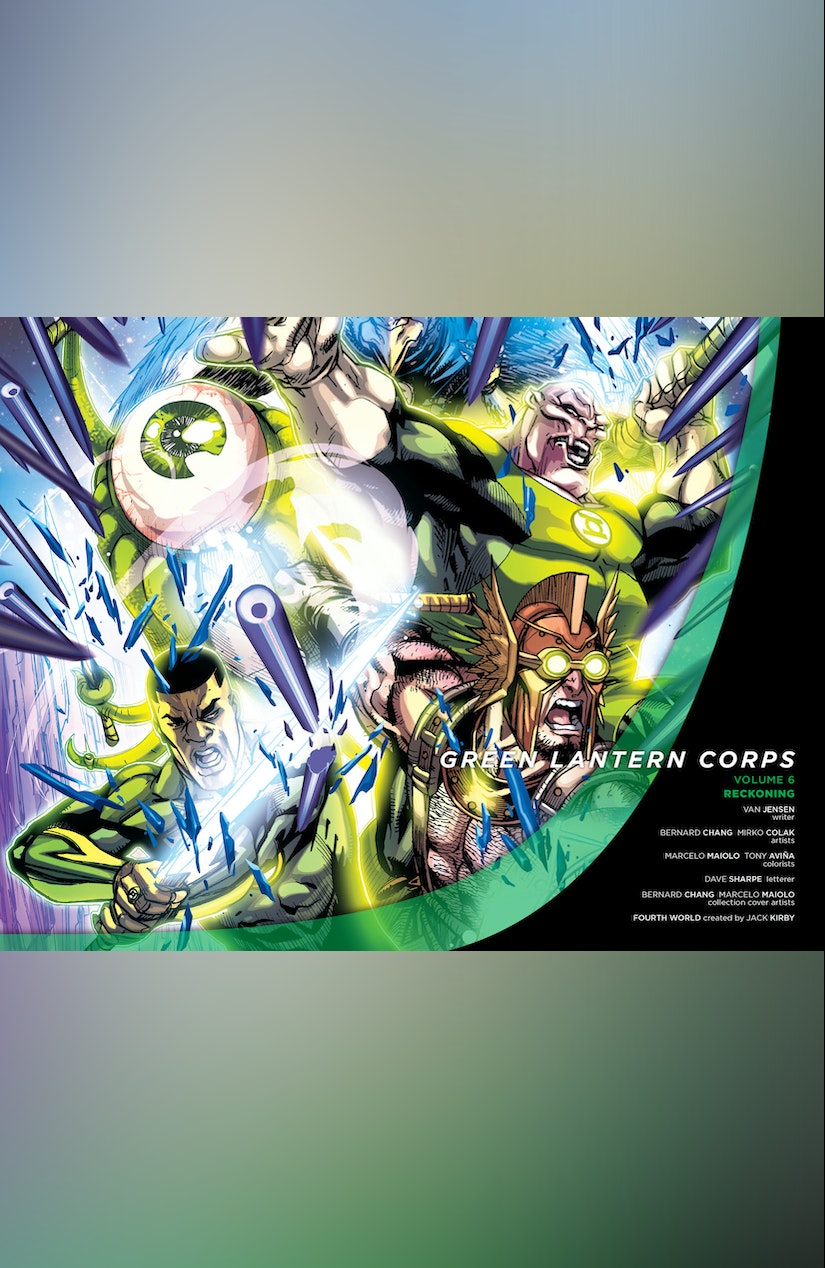 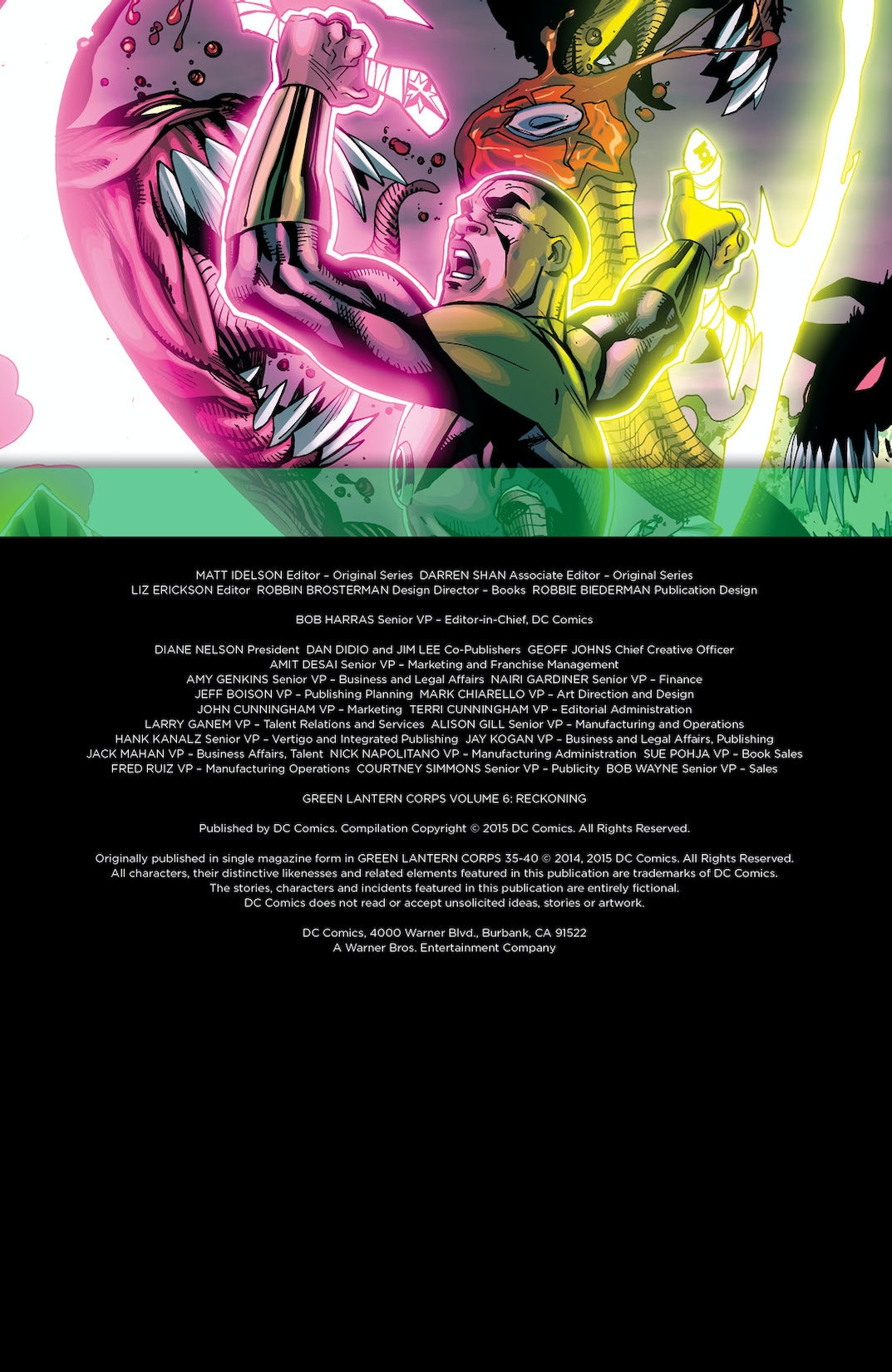 The Green Lantern Corps is one of the strongest forces in the universe-they have to be in order to keep the peace across thousands of space sectors. But there are powers beyond this universe, and beyond anything the Corps has ever encountered. The Green Lanterns have taken on tyrants and monsters before…but even they are no match for gods. The New Gods of New Genesis are laying a trap for their ancient enemy Darkseid, and Earth and the Green Lantern Corps are simply pawns to be played in this game. But John Stewart of Earth is no one’s pawn, man or god. Now, to rally his Corps to victory, John Stewart will have to become something more than just a Green Lantern. But what is the cost of Lantern Stewart’s incredible new power? In GREEN LANTERN CORPS: RECKONING, writer Van Jensen (THE FLASH) and artist Bernard Chang (DEMON KNIGHTS) propel the Green Lantern Corps into an unholy war…one that they can’t possibly win! Collects issues #35-40.