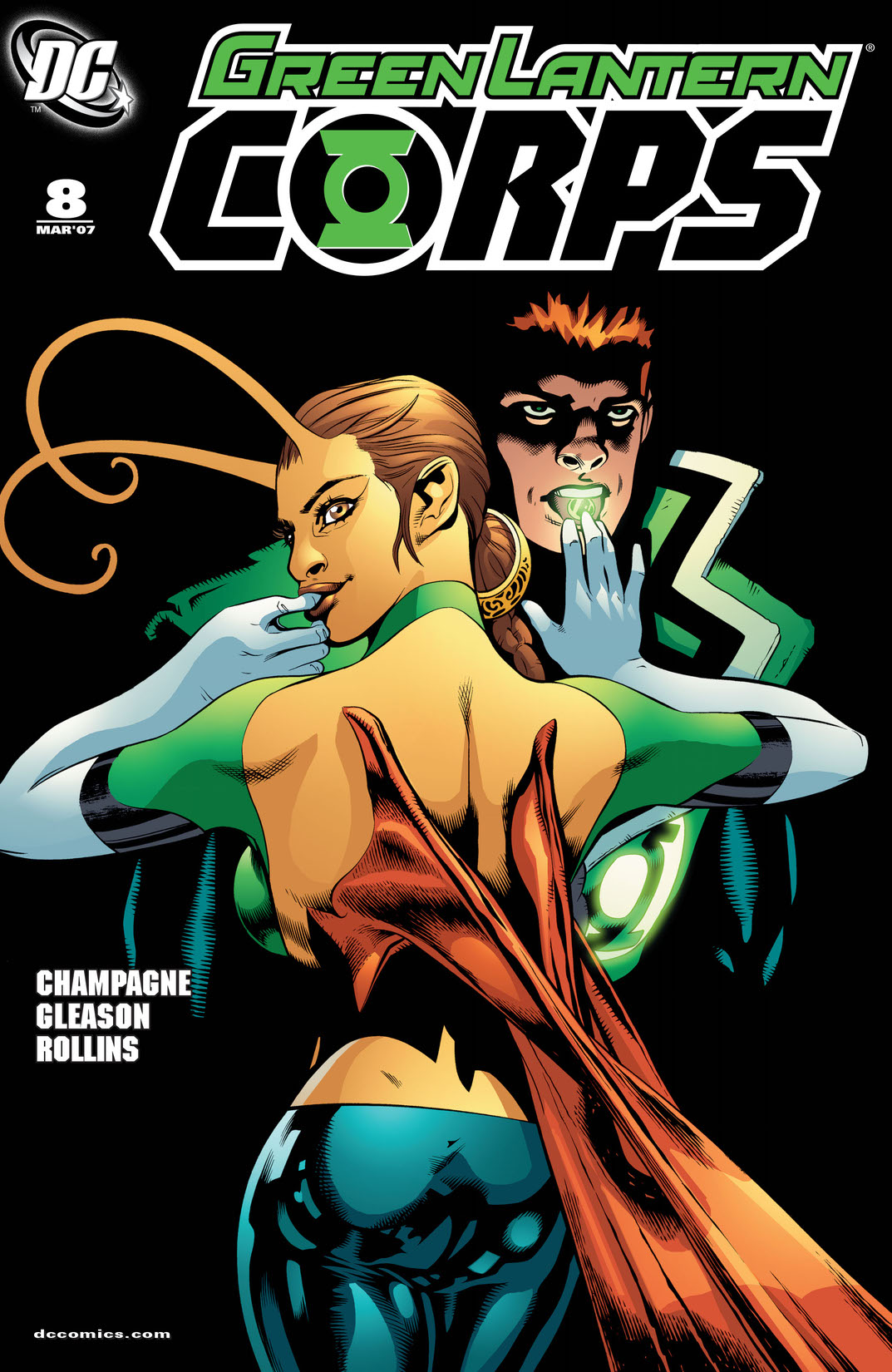 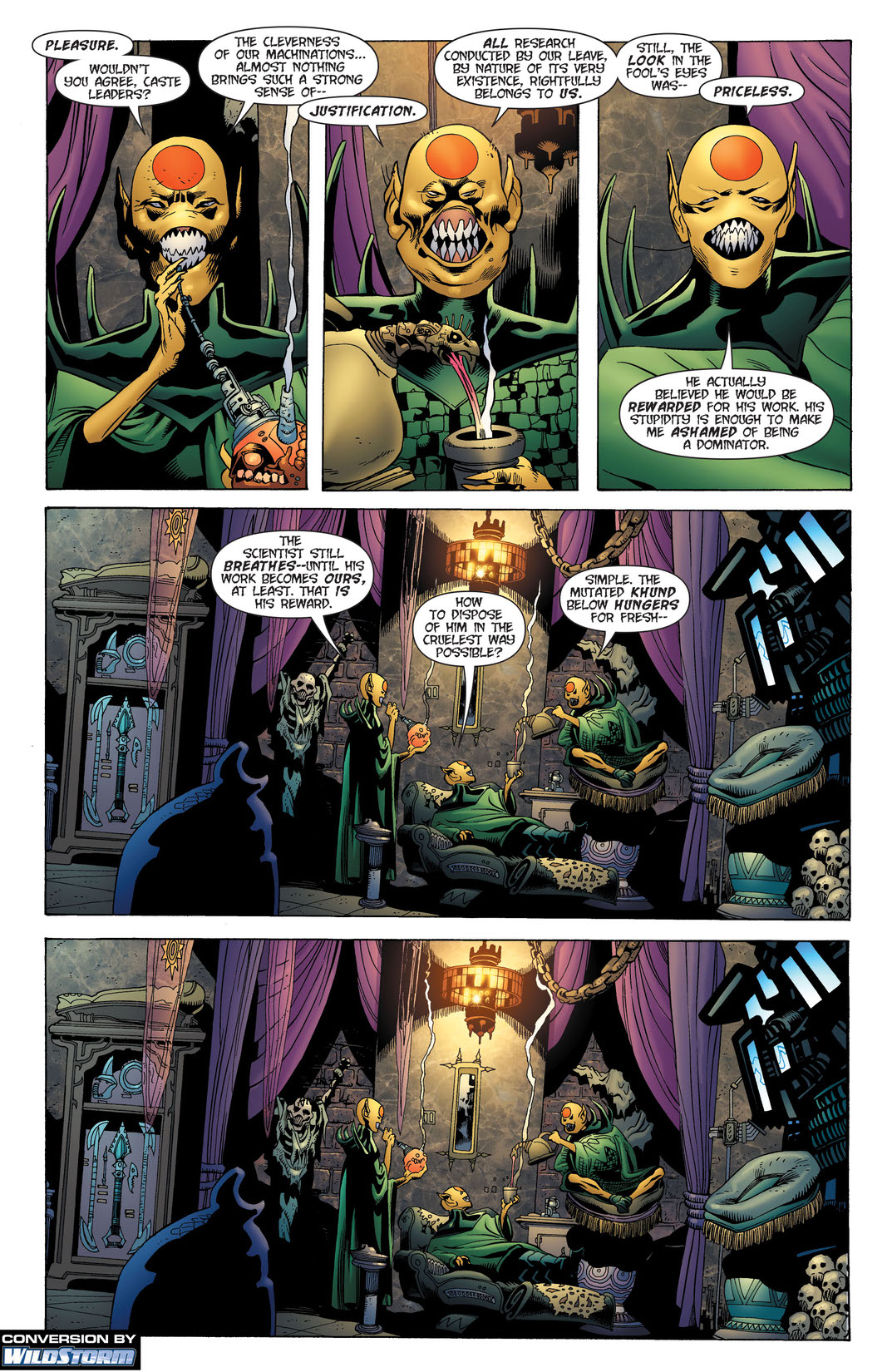 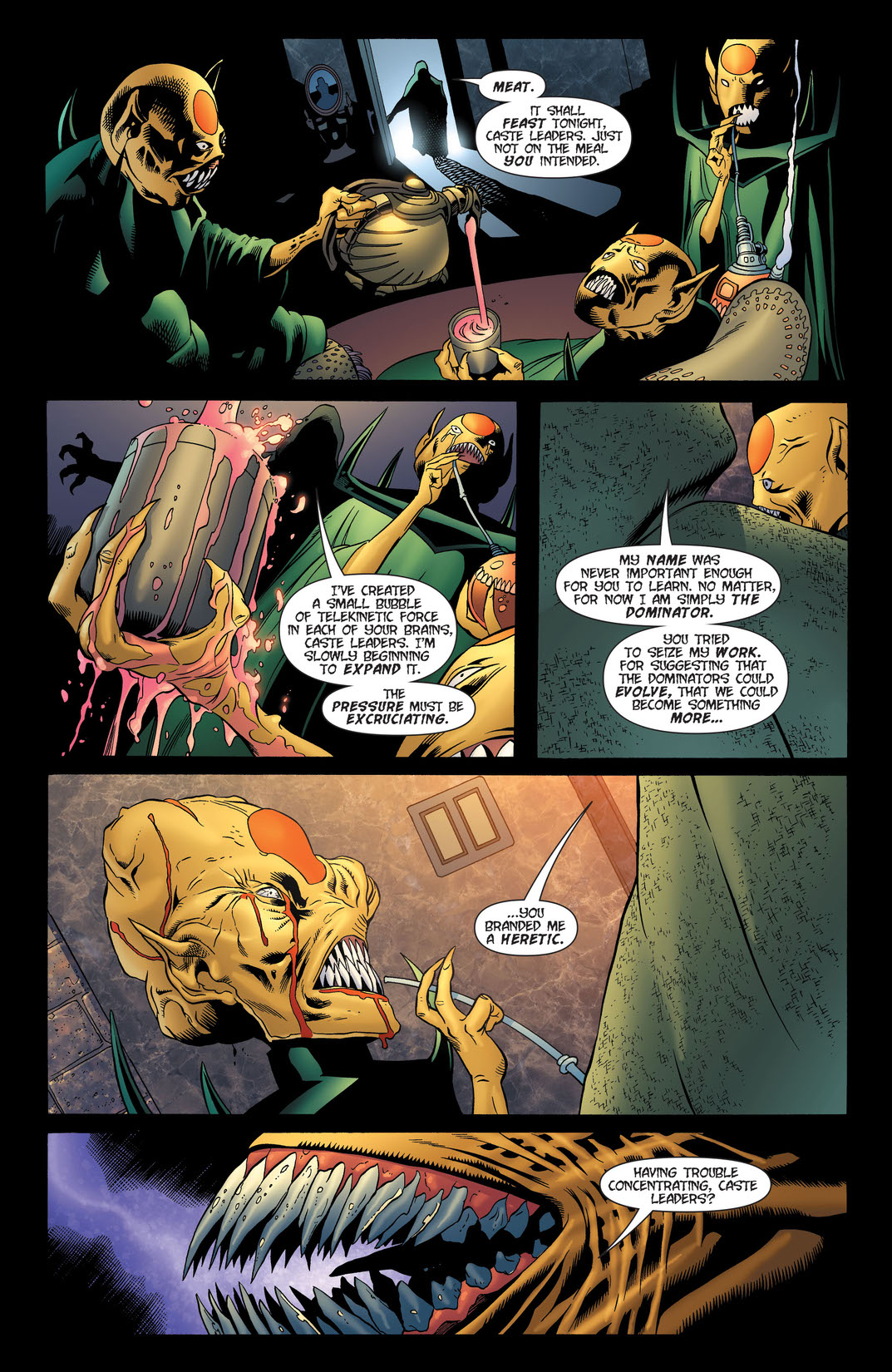 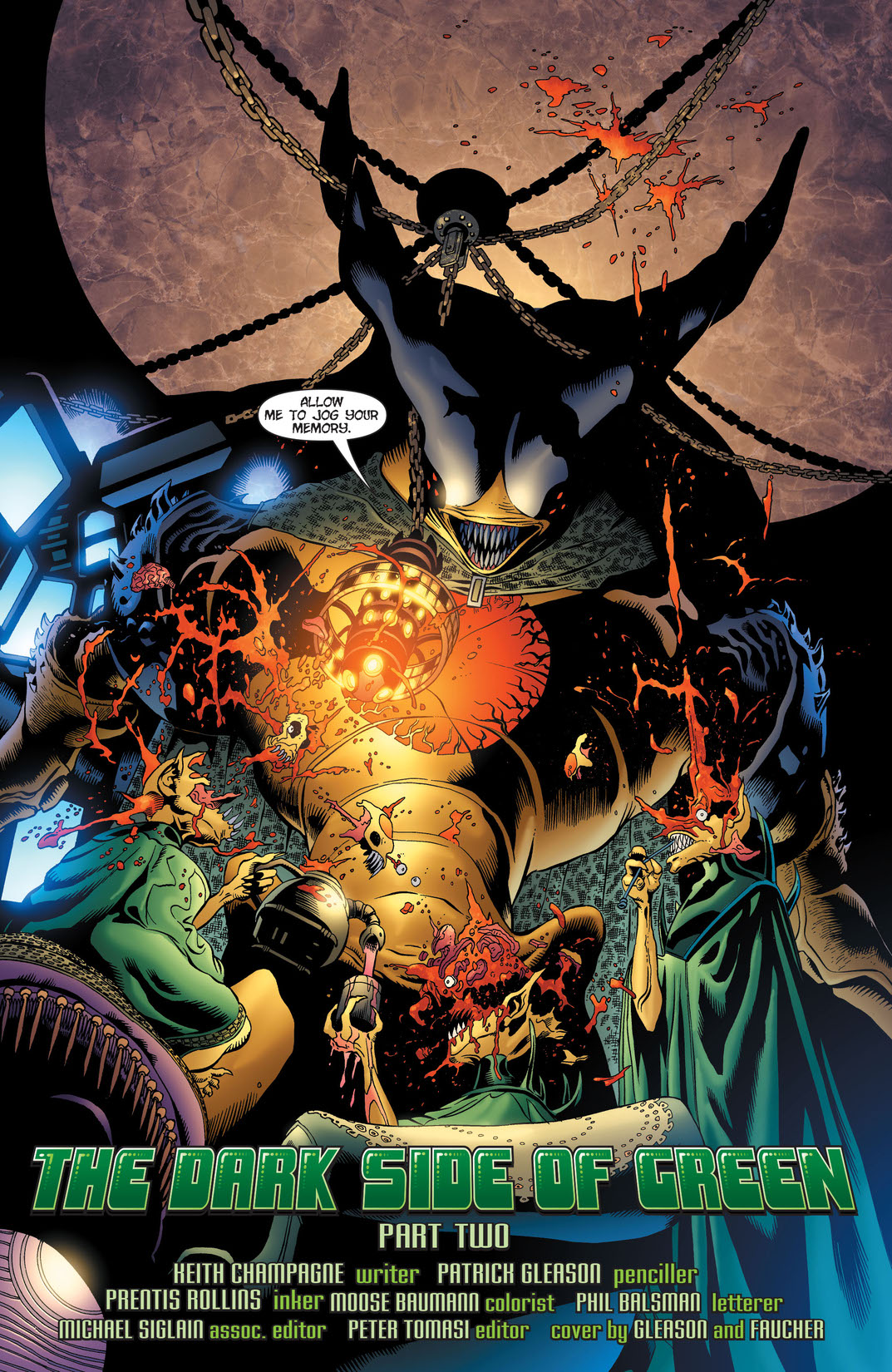 Undercover alongside teammates Von Daggle and R'amey Holl on the Dominion Homeworld, Guy Gardner grapples with the moral implications of being ordered to kill for the Corps. Plus, the squad finds itself facing off against a Dominator unlike any it's ever encountered before.