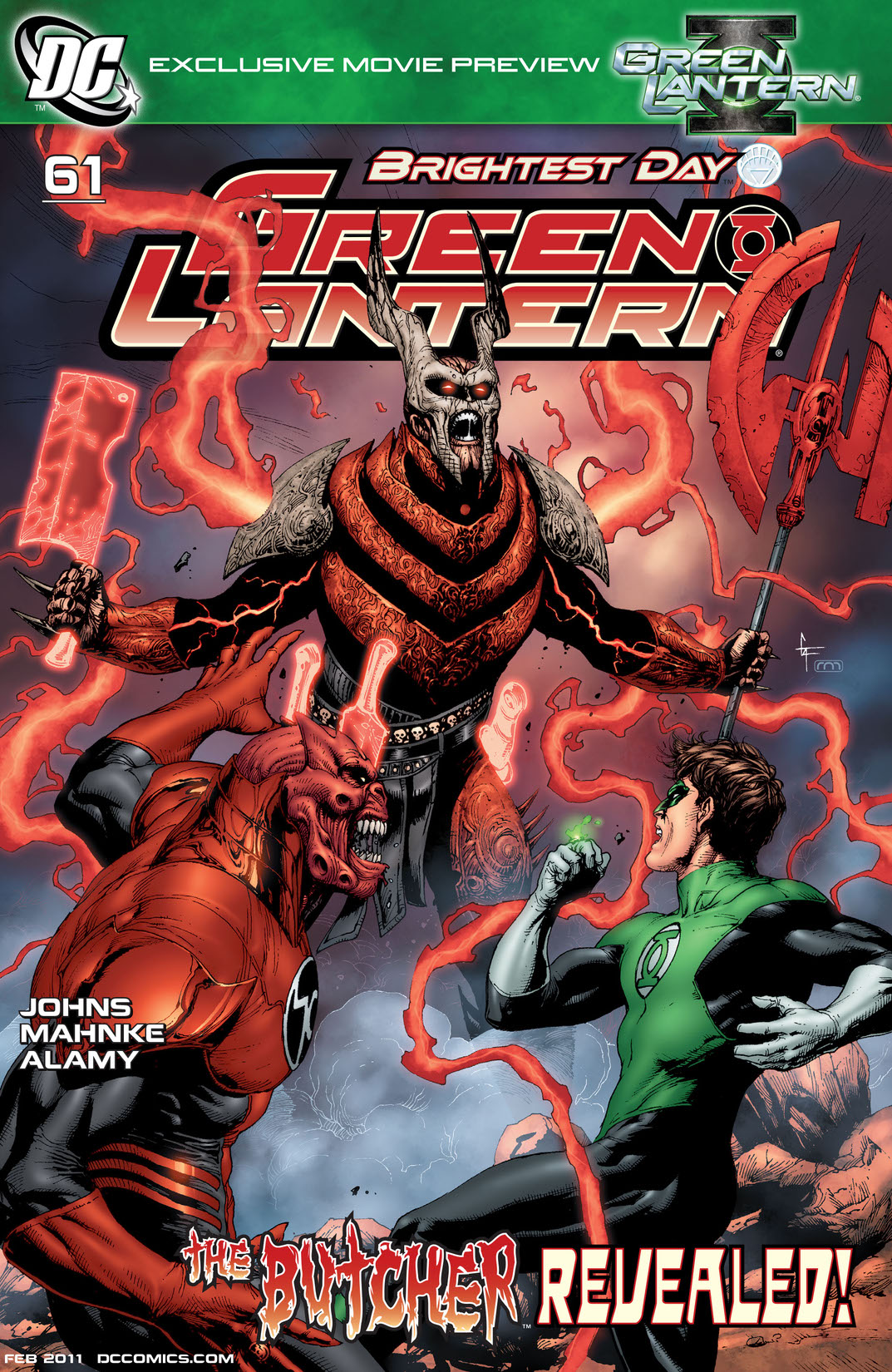 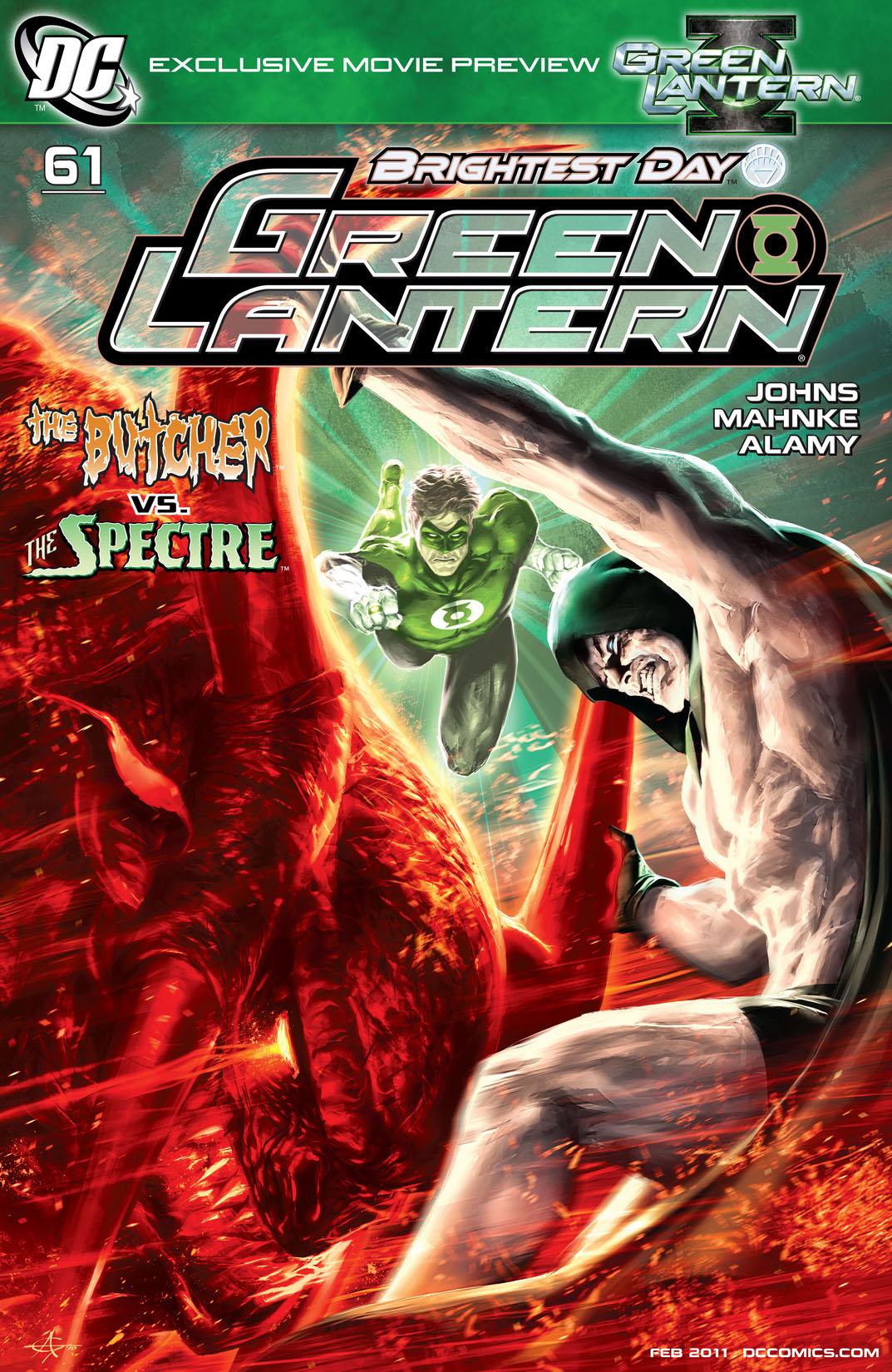 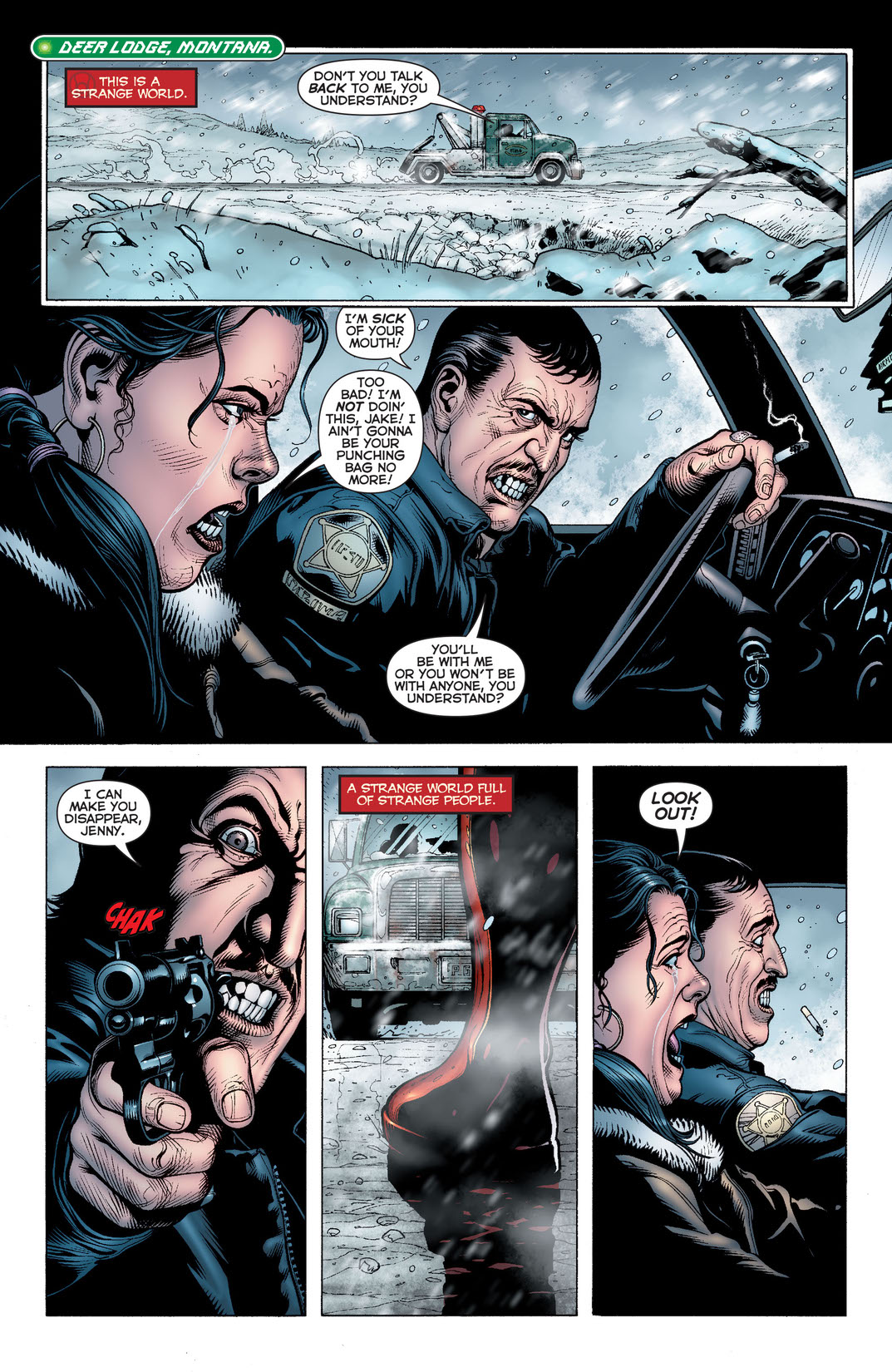 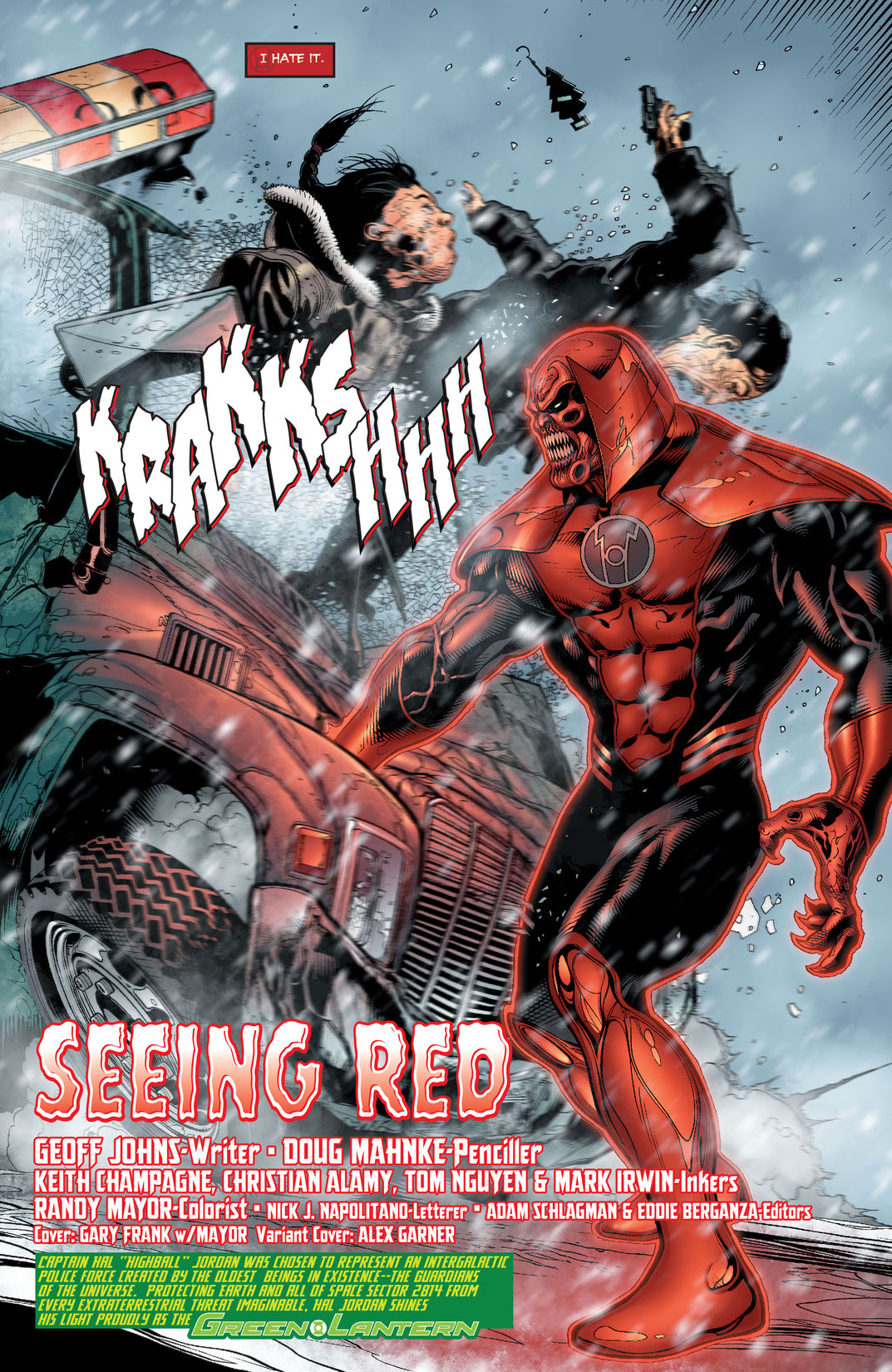 BRIGHTEST DAY continues with the revelation of the identity of the cloaked figure that's been collecting the Emotional Spectrum Entities! But how does its end goal involve the Butcher, the personification of rage? Plus, another being seeks the red entity—The Spectre! And he has no patience with his former host Hal Jordan, who happens to be in the way...