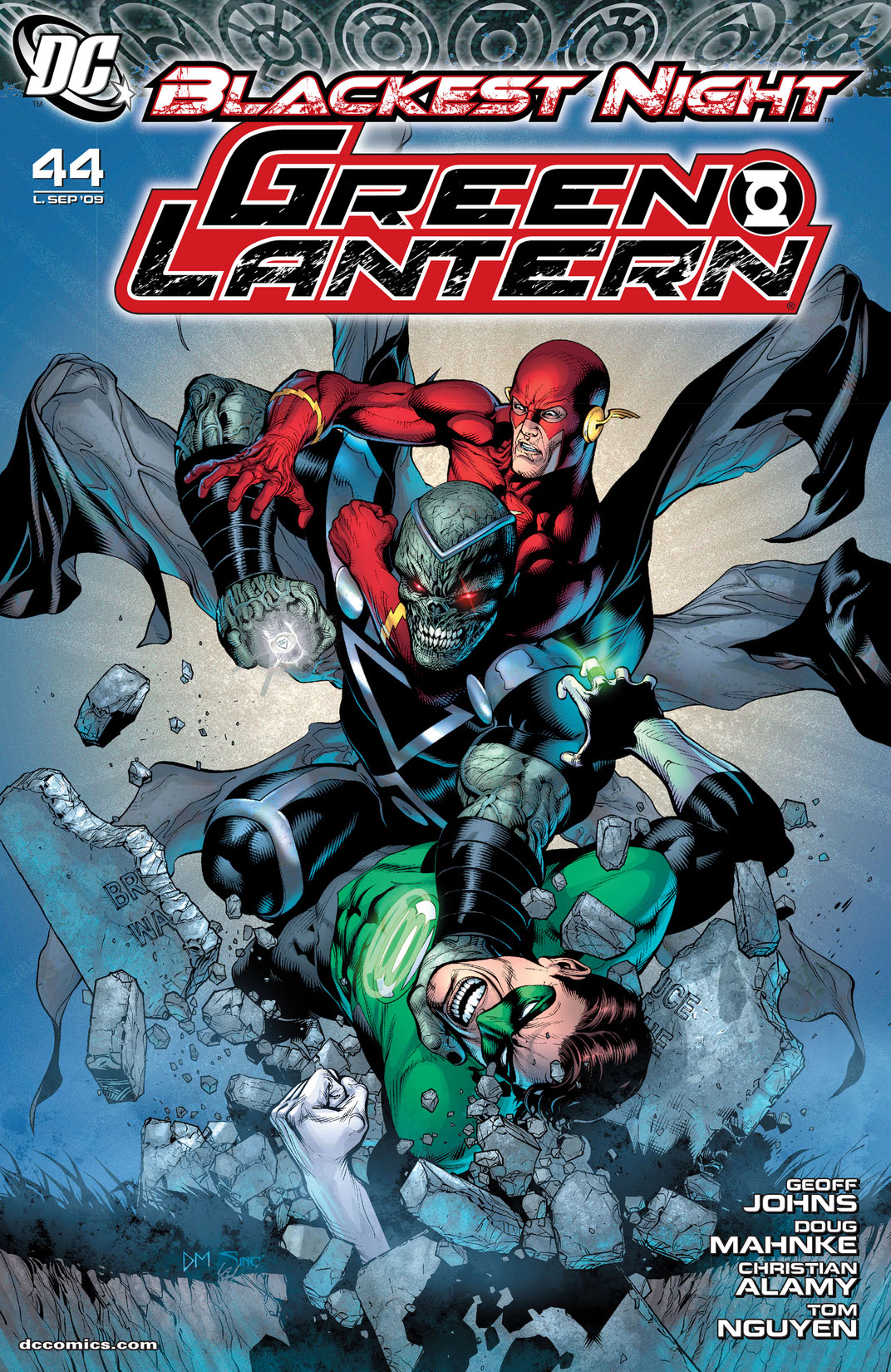 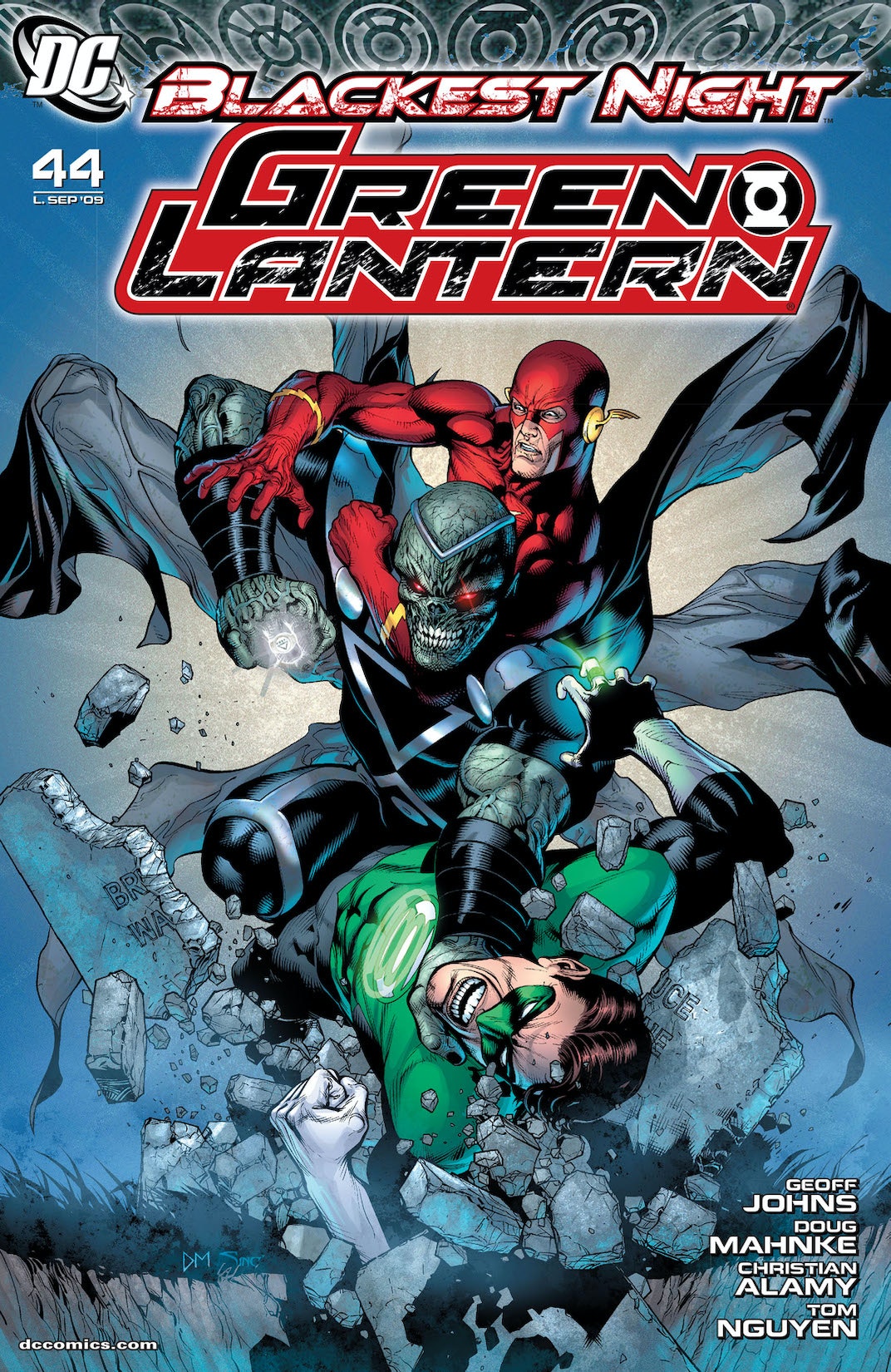 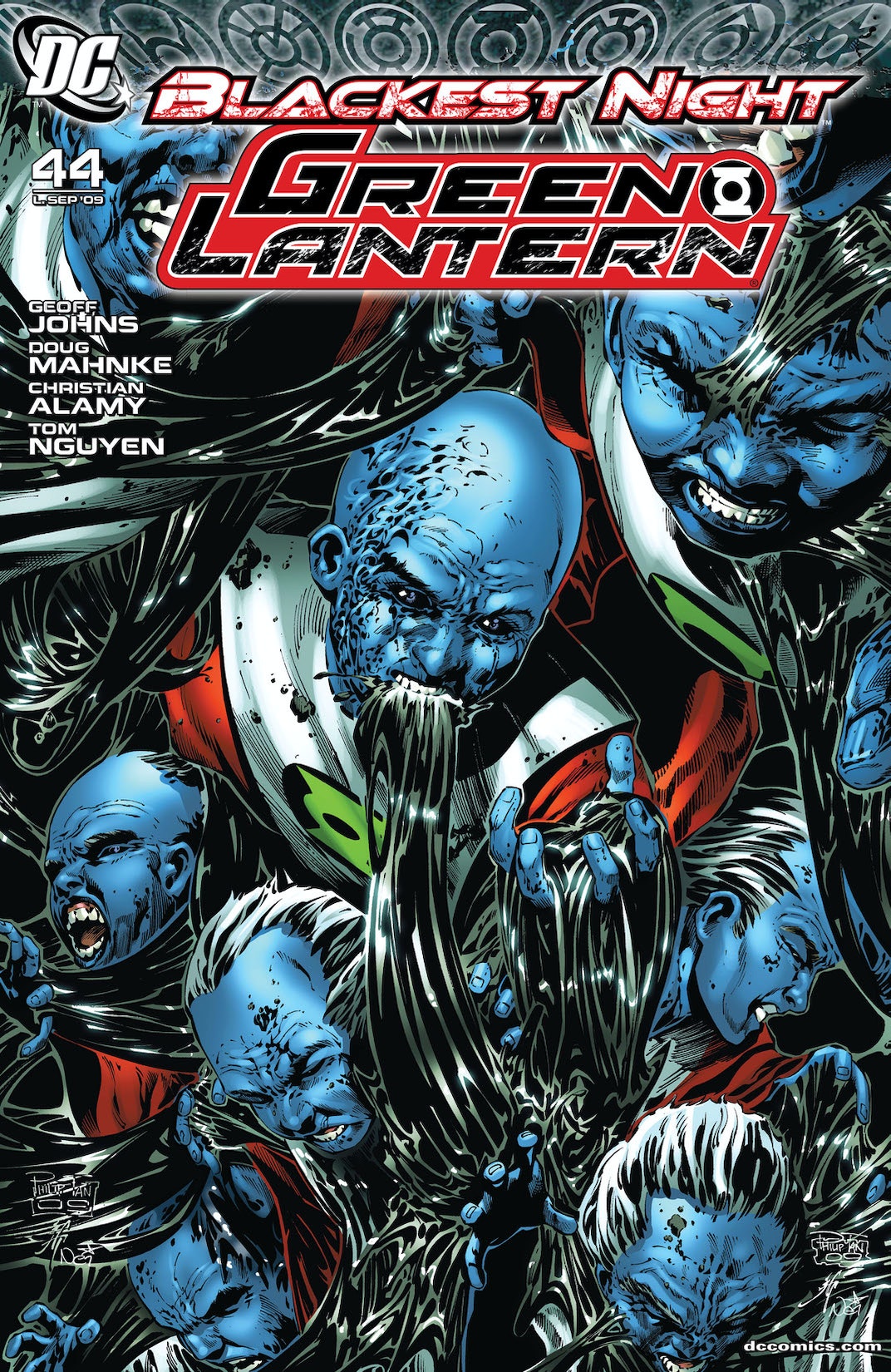 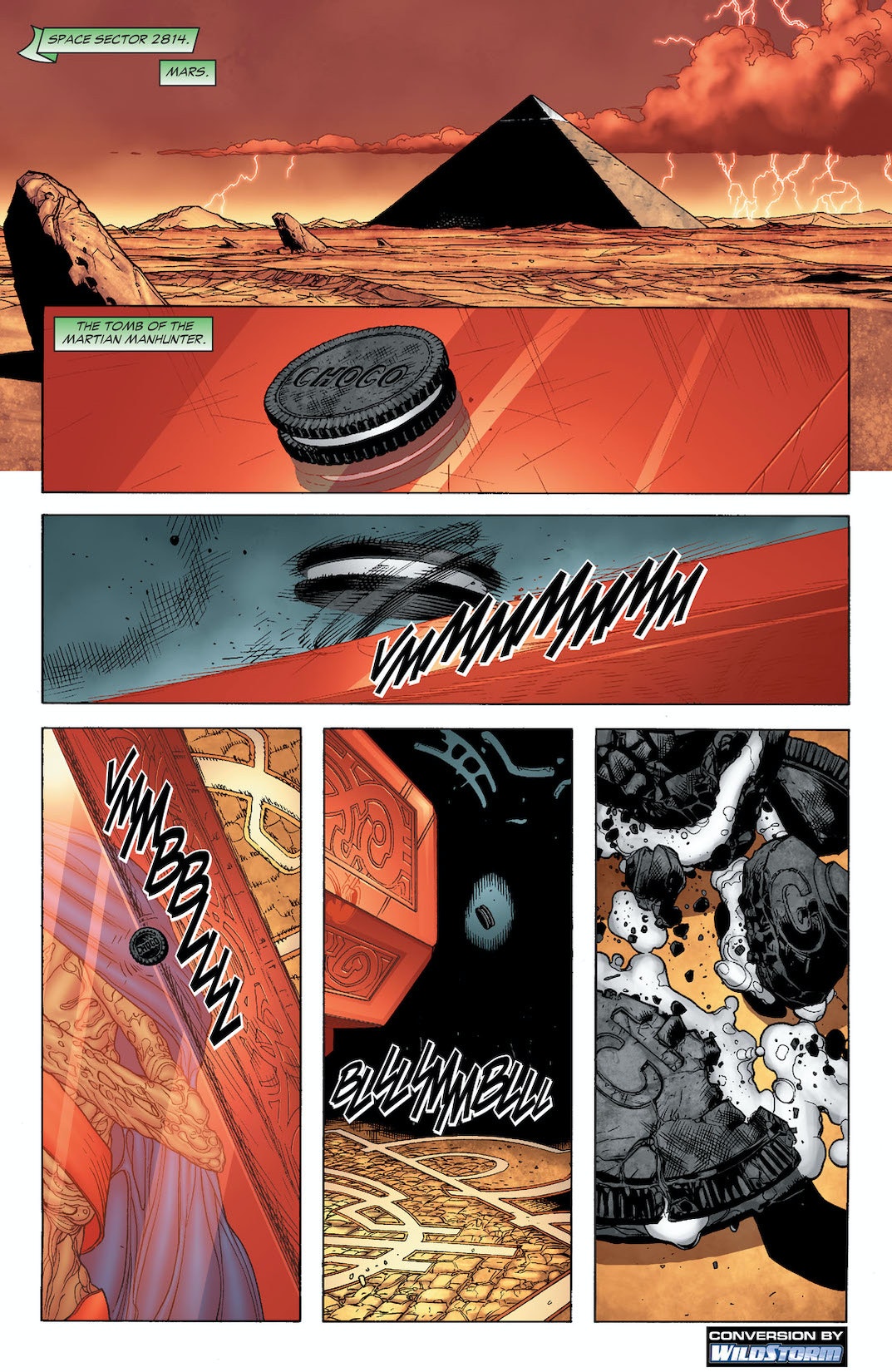 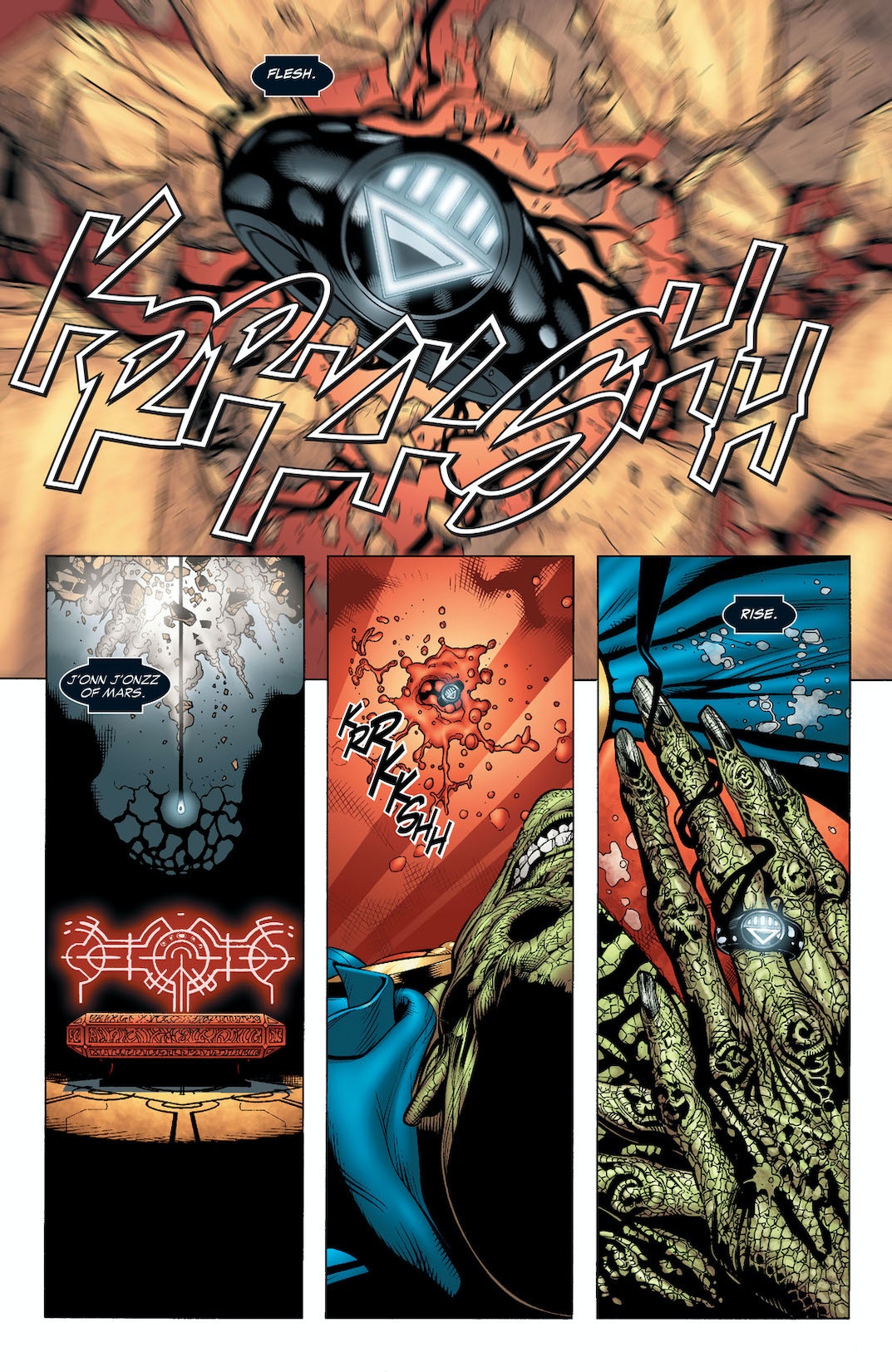 As Hal Jordan and Barry Allen investigate a bizarre crime in Gotham City, they come face-to-face with one of their oldest allies—J'onn J'onzz, the Martian Manhunter! But their old friend is not there for reunions; he's come for much more. Meanwhile, Sinestro seeks to rebuild his army and take his revenge on the being that would usurp it—Mongul!