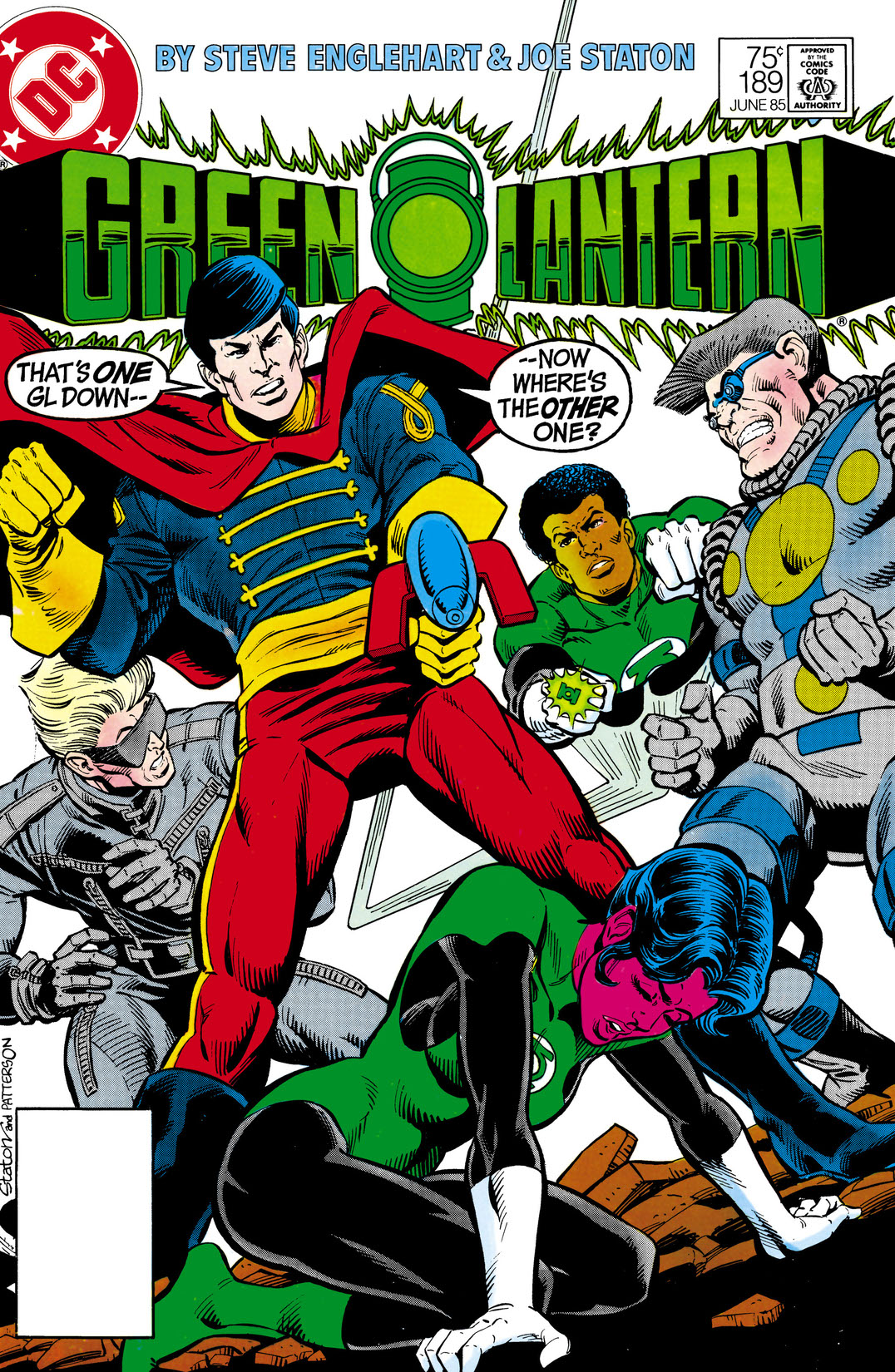 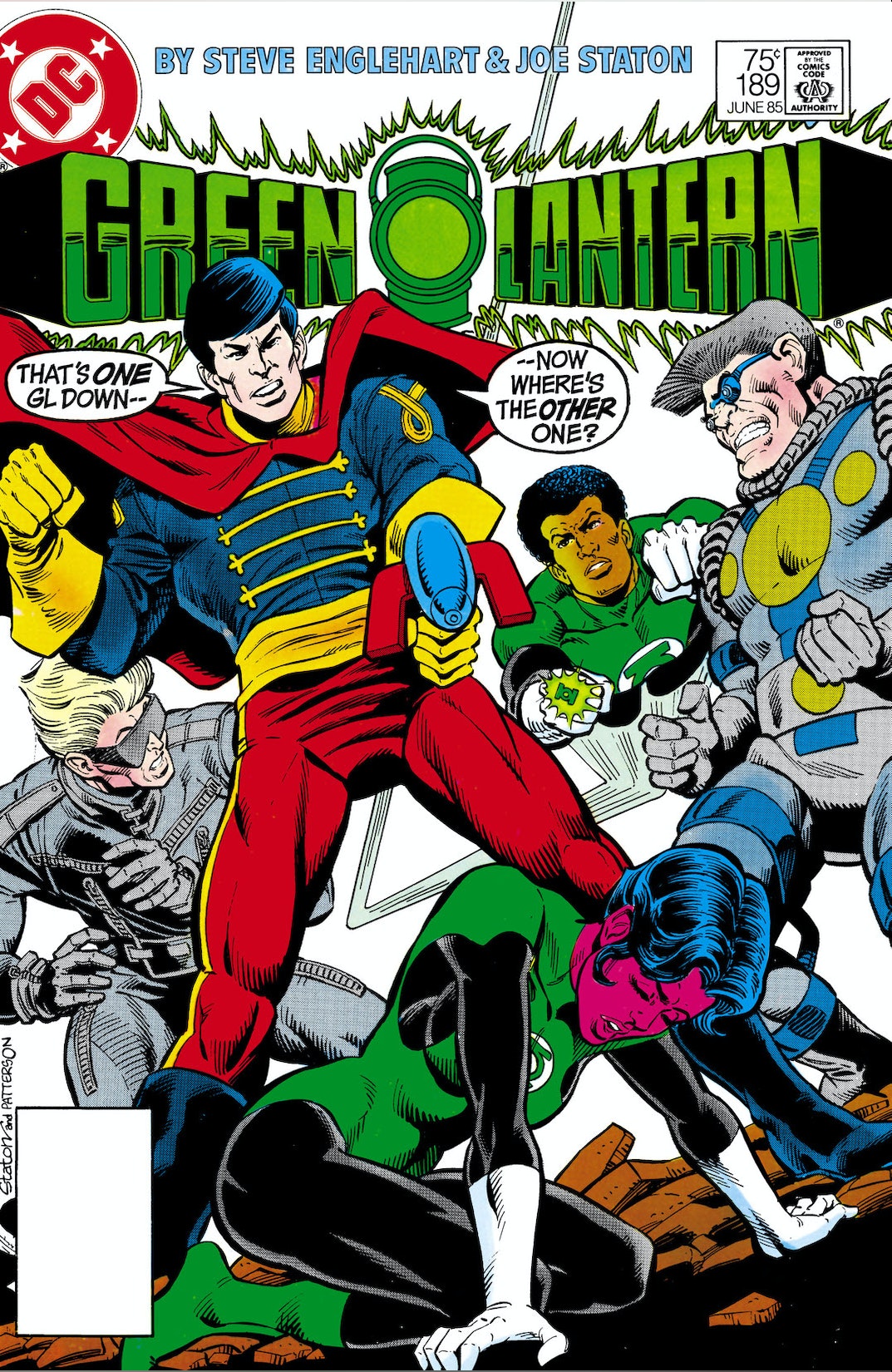 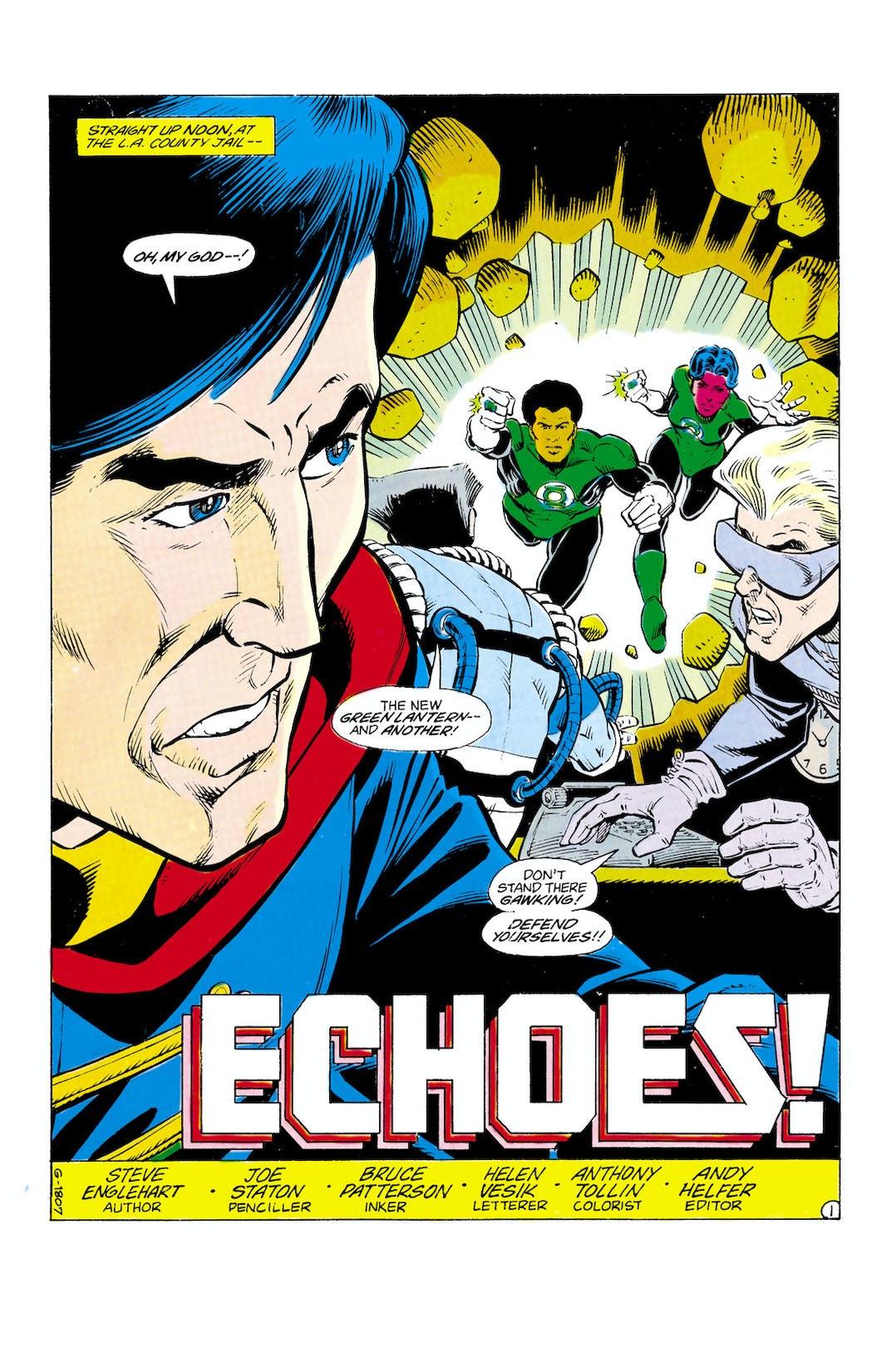 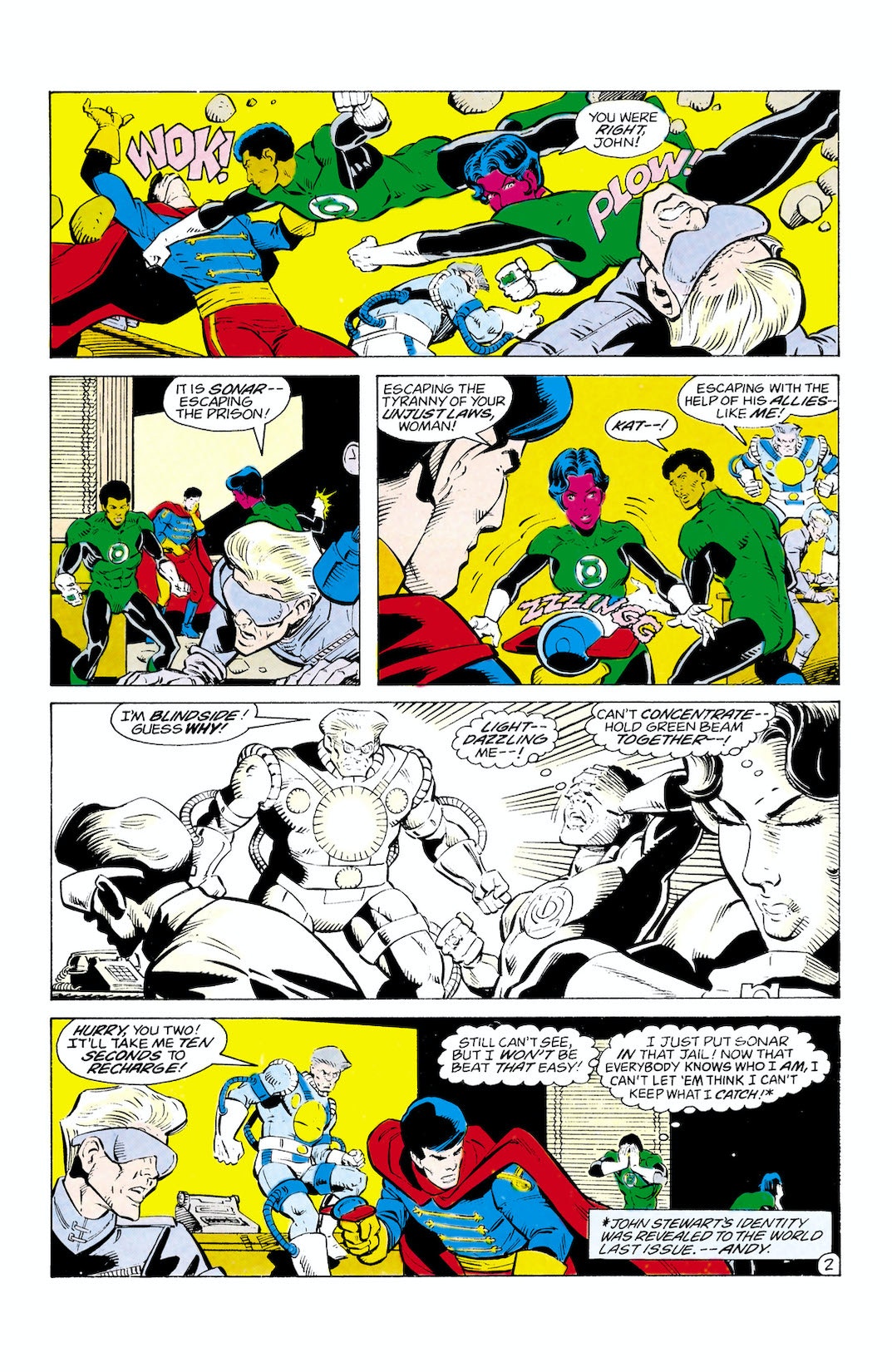 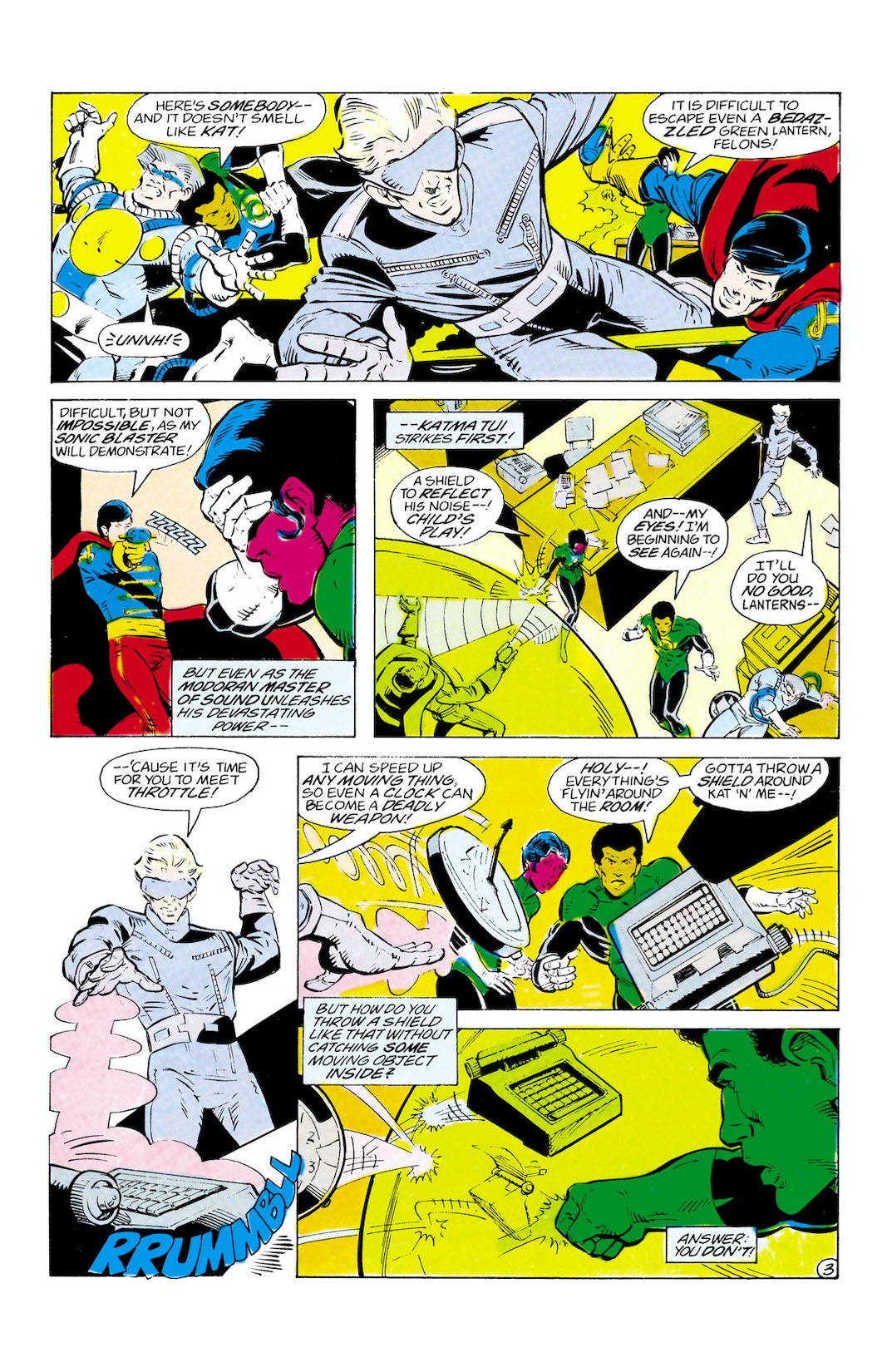 In this issue, the Green Lantern goes to Disneyland! When Sonar and his two accomplices strike the House of Mouse, it's up to John Stewart and Katma Tui to stop him! And in the backup tale, a grasshopper Green Lantern named Xax must protect his people against famine and the Spider Guild.