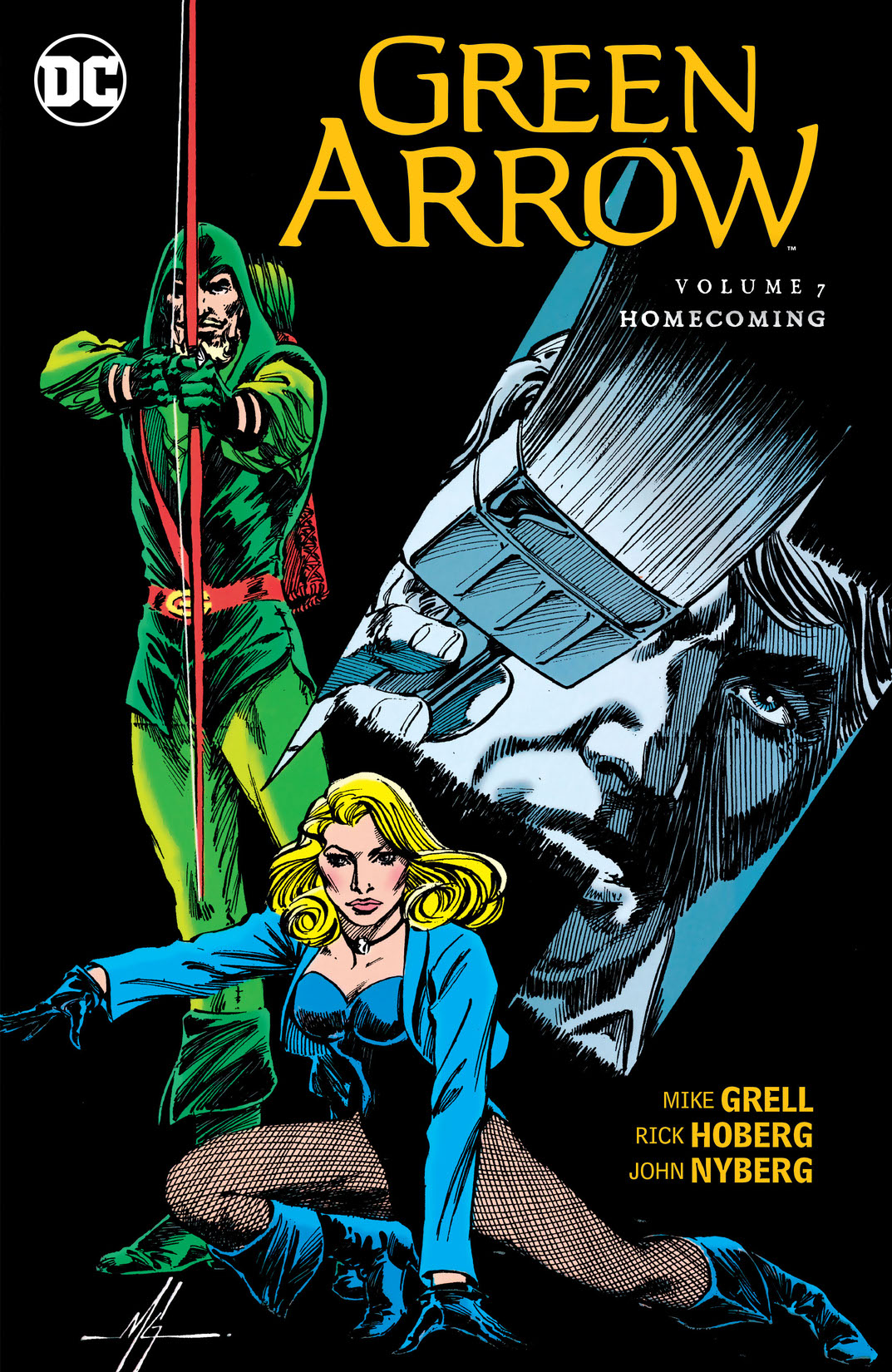 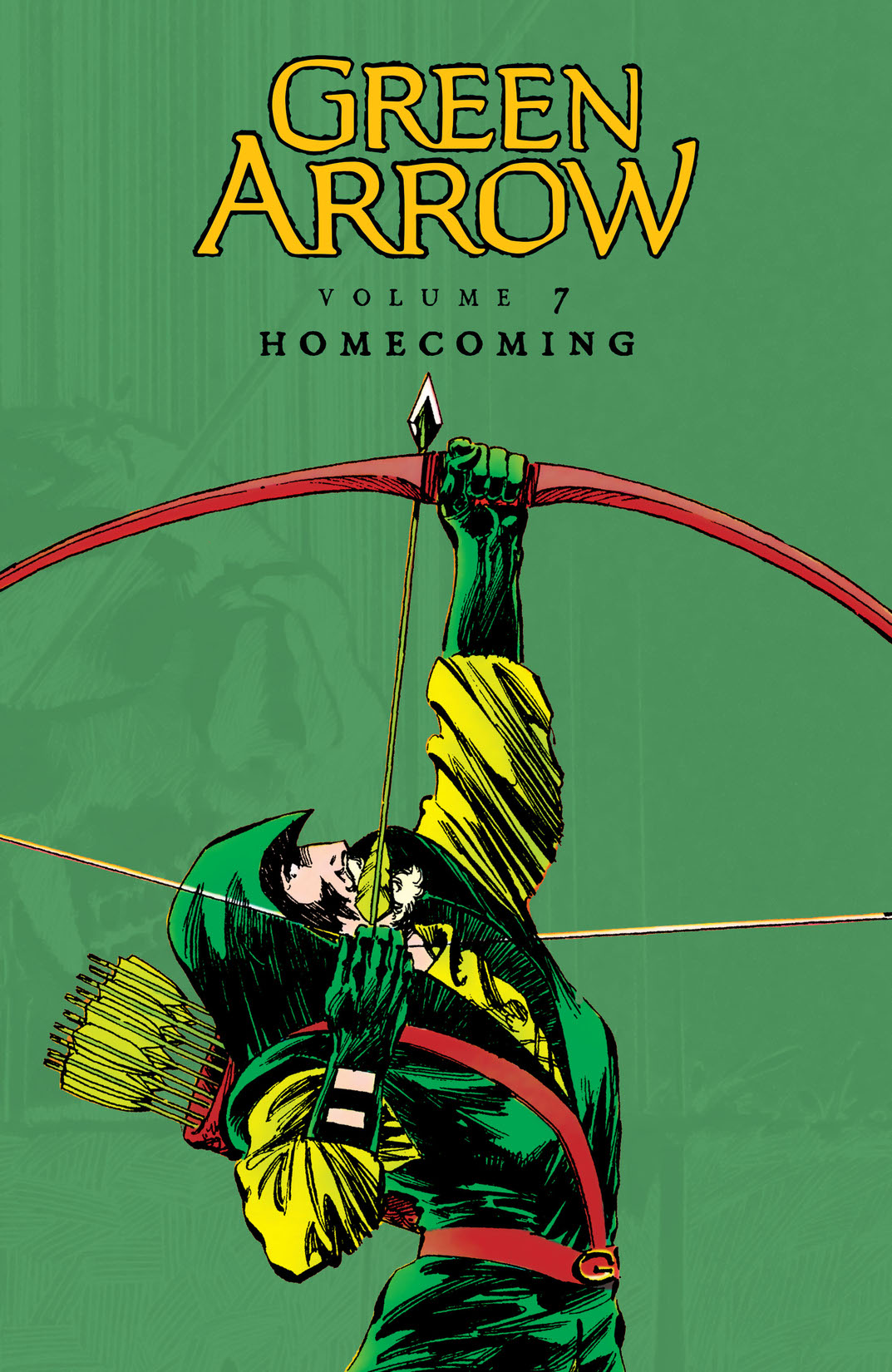 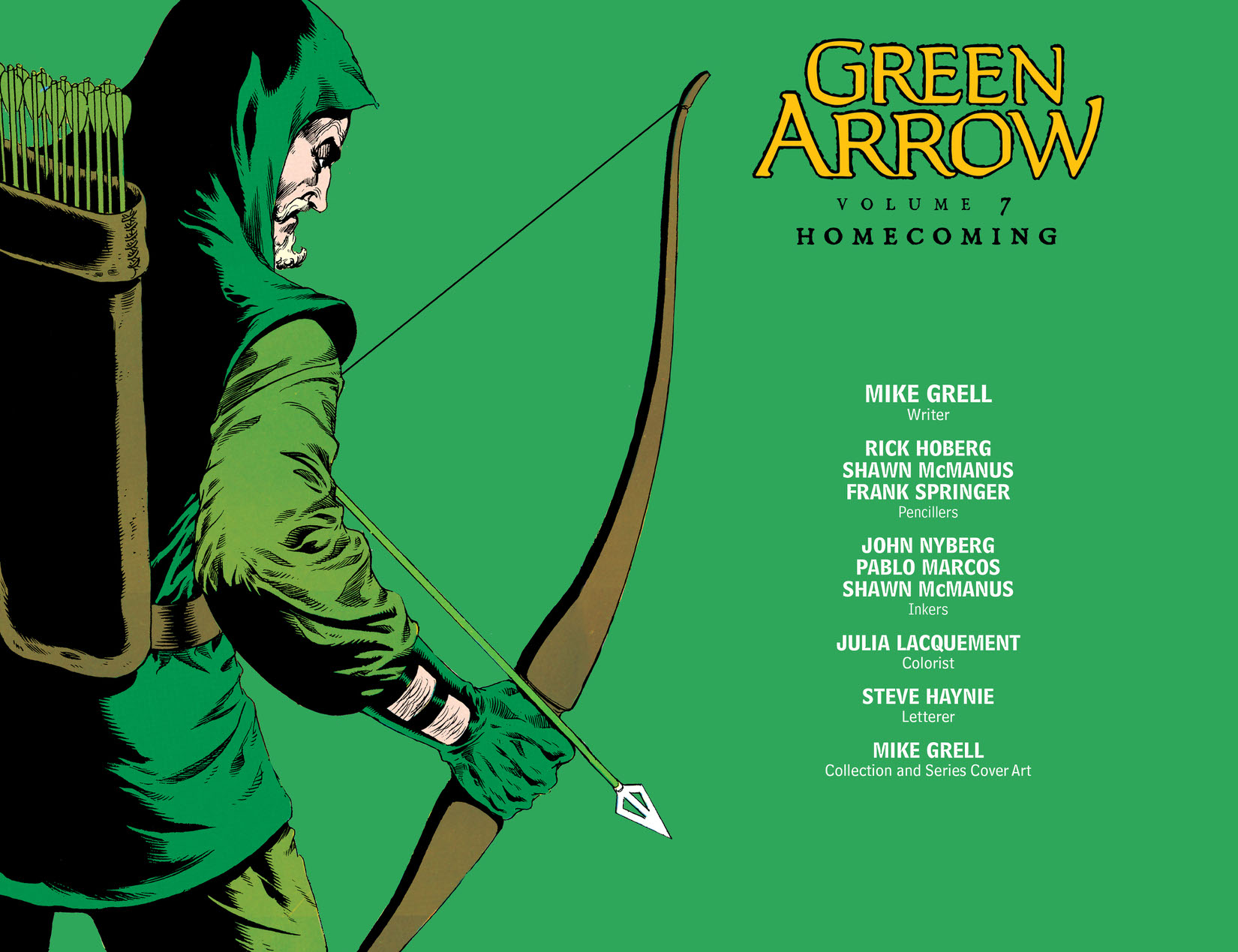 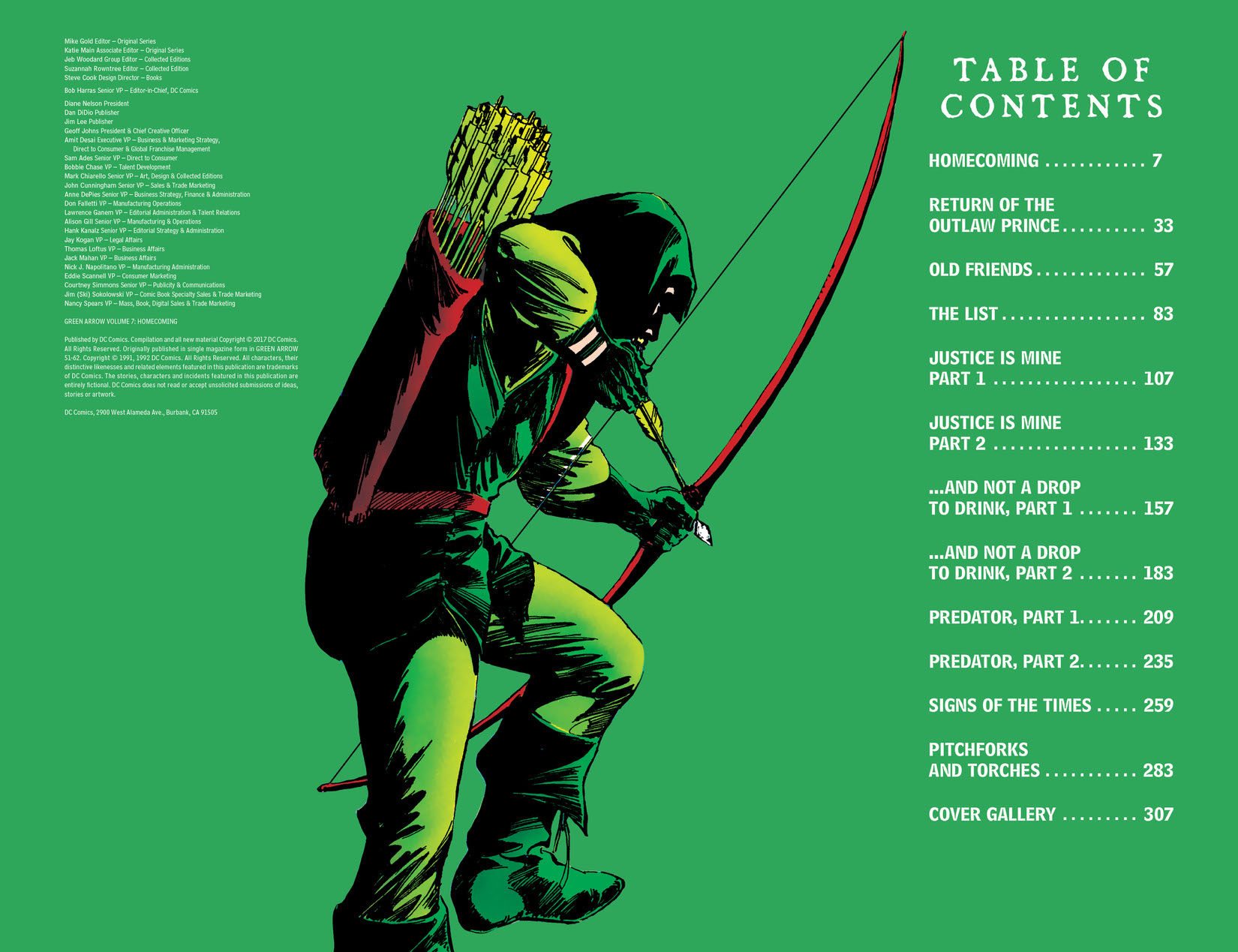 THE EXCITING FOLLOW-UP TO THE INNOVATIVE GRAPHIC NOVEL GREEN ARROW: LAST ACTION HERO After a year of wandering the earth, Oliver Queen has returned to Seattle, and to the arms of his pretty bird. Dinah Lance is thrilled he’s back, but when he left he didn’t tell her if he’d ever return, and now there’s another man in the picture. Officer Kozynski had just convinced Dinah to go out to dinner with him when Green Arrow made his dramatic return. “Koz” is willing to bow out gracefully…but it turns out that he has more in common with Green Arrow than anyone knows. Now the local police chief thinks Oliver might be responsible for a vigilante killing, and Green Arrow is back to being a suspect-the very reason he left town in the first place… Mike Grell’s defining run on the Emerald Archer continues here in GREEN ARROW VOL. 7: HOMECOMING. Collects issues #51-62.