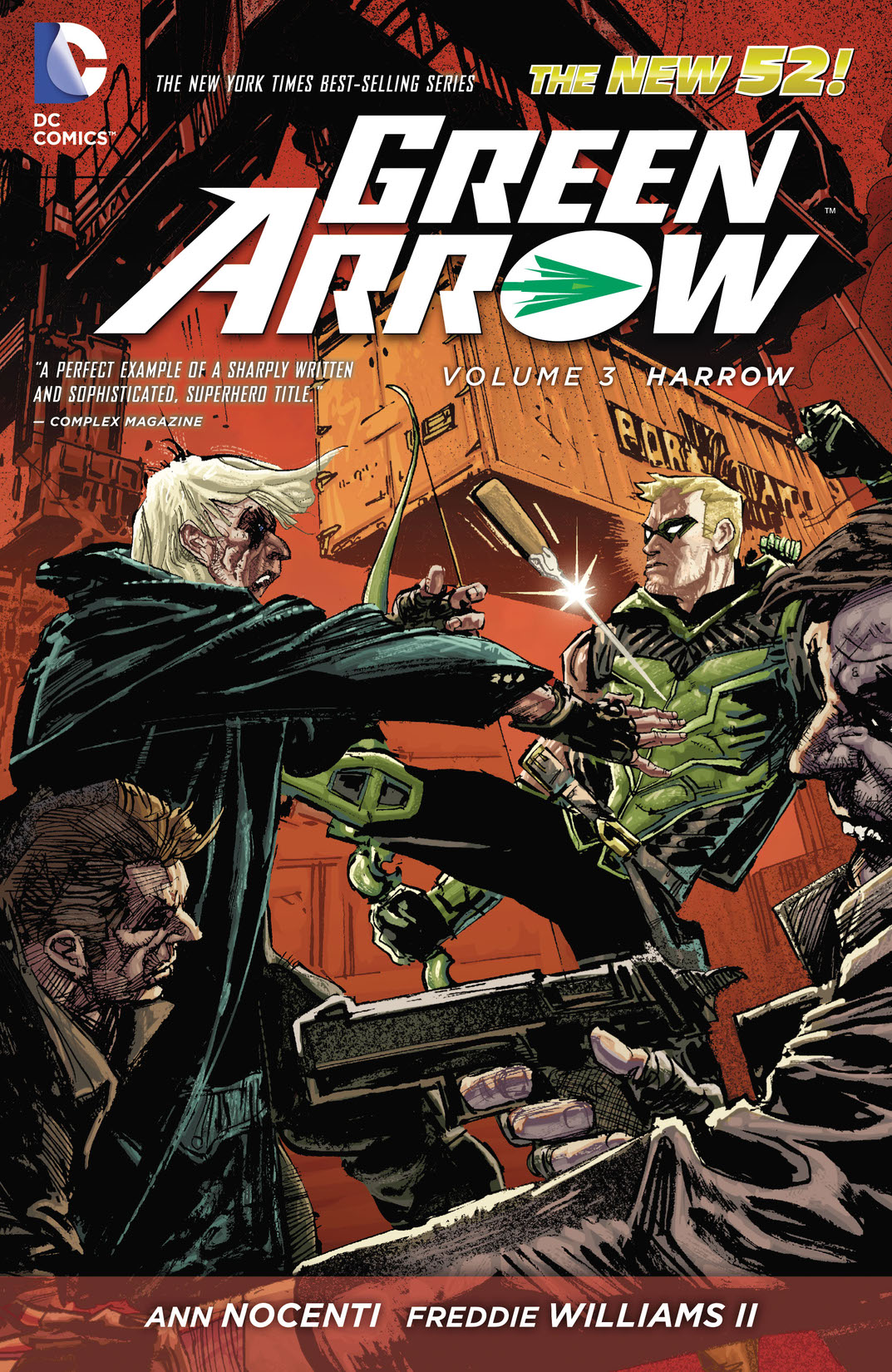 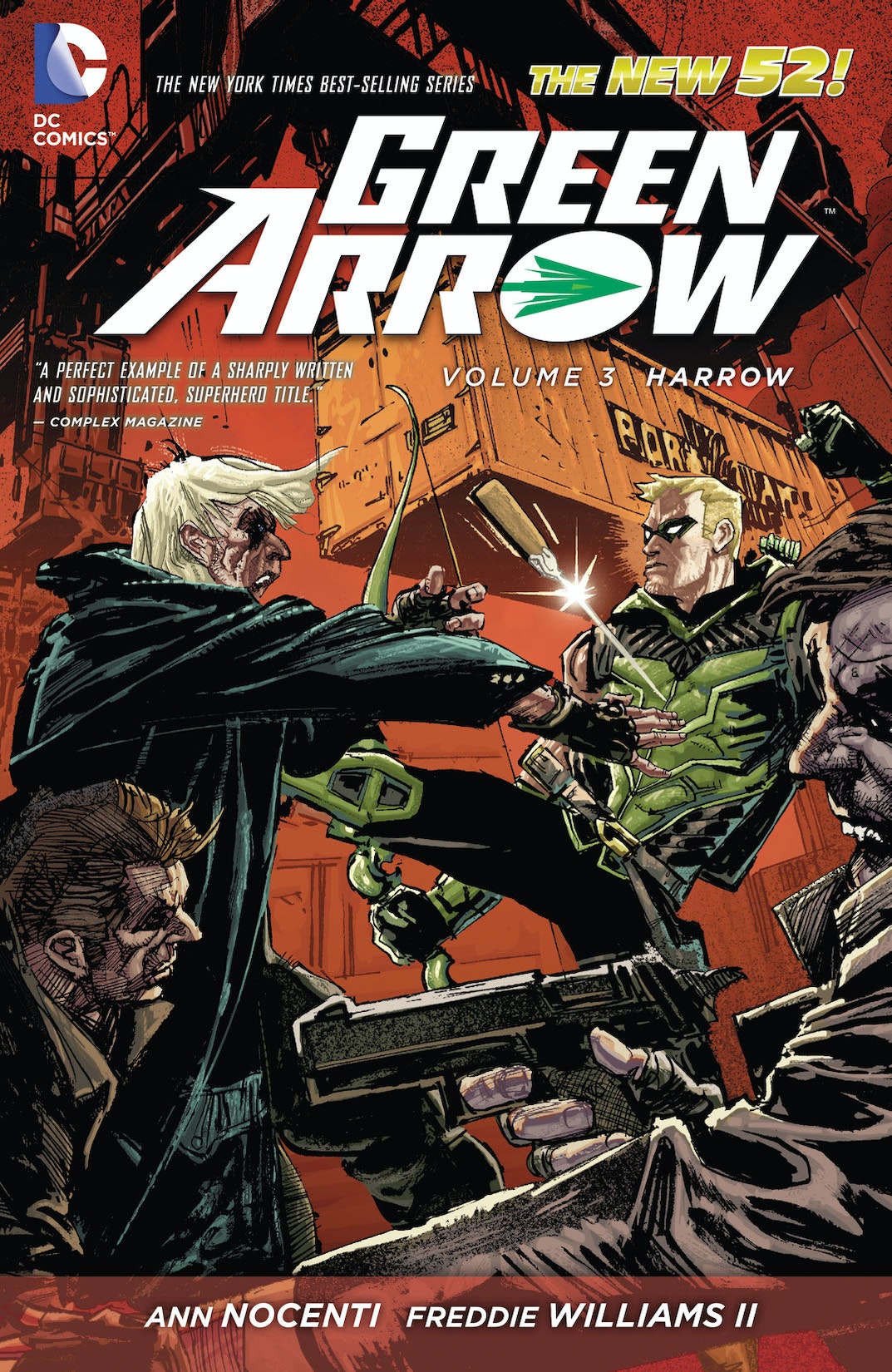 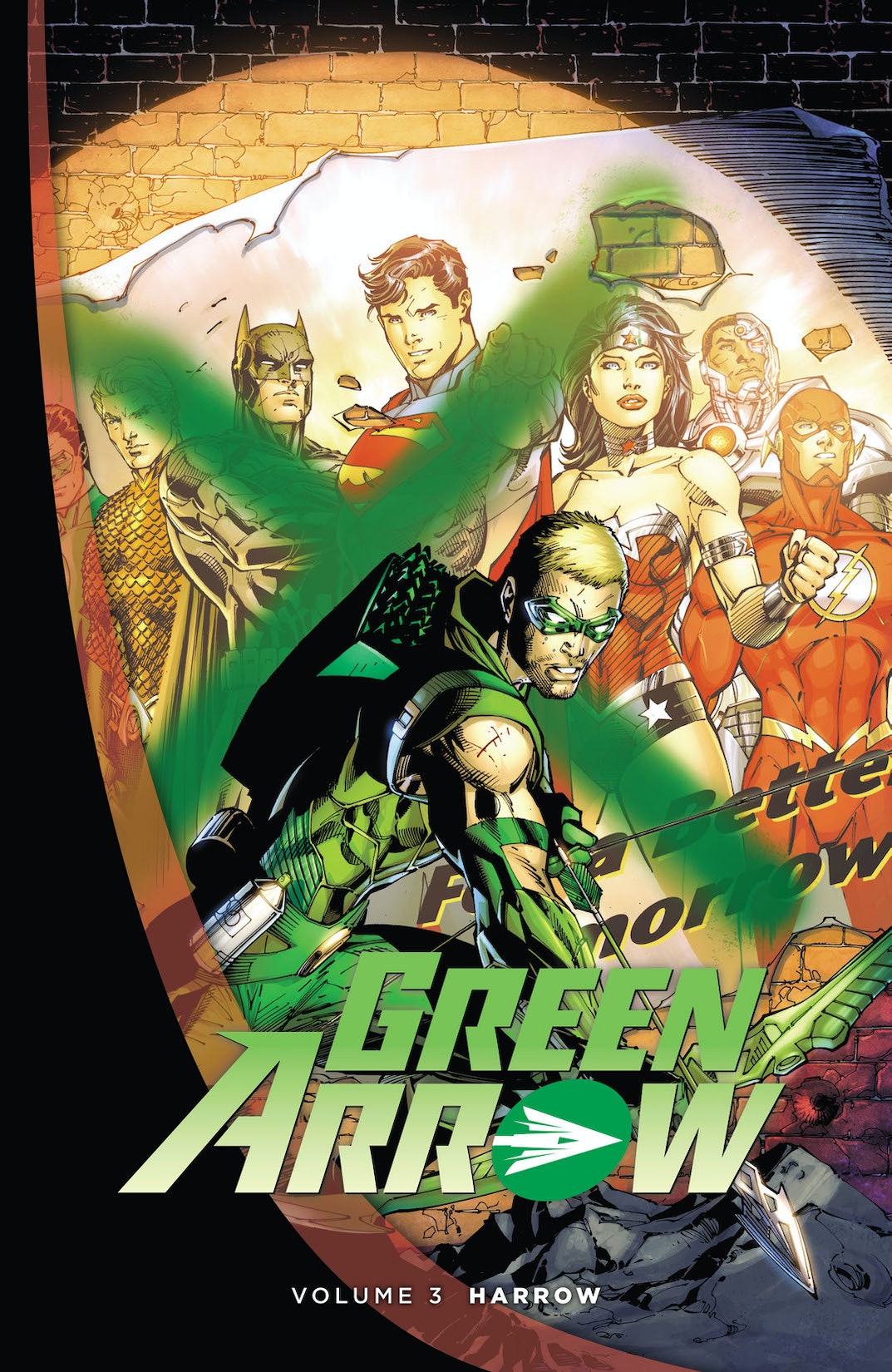 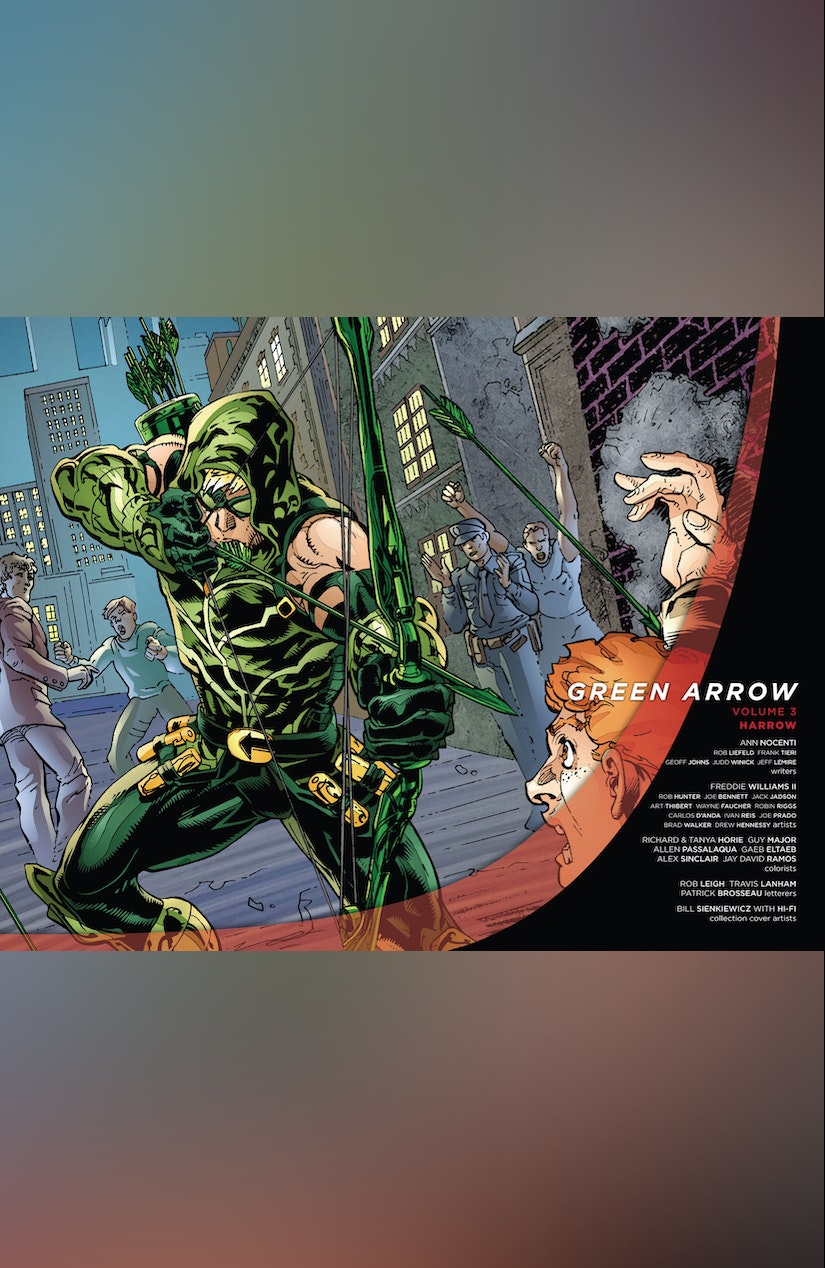 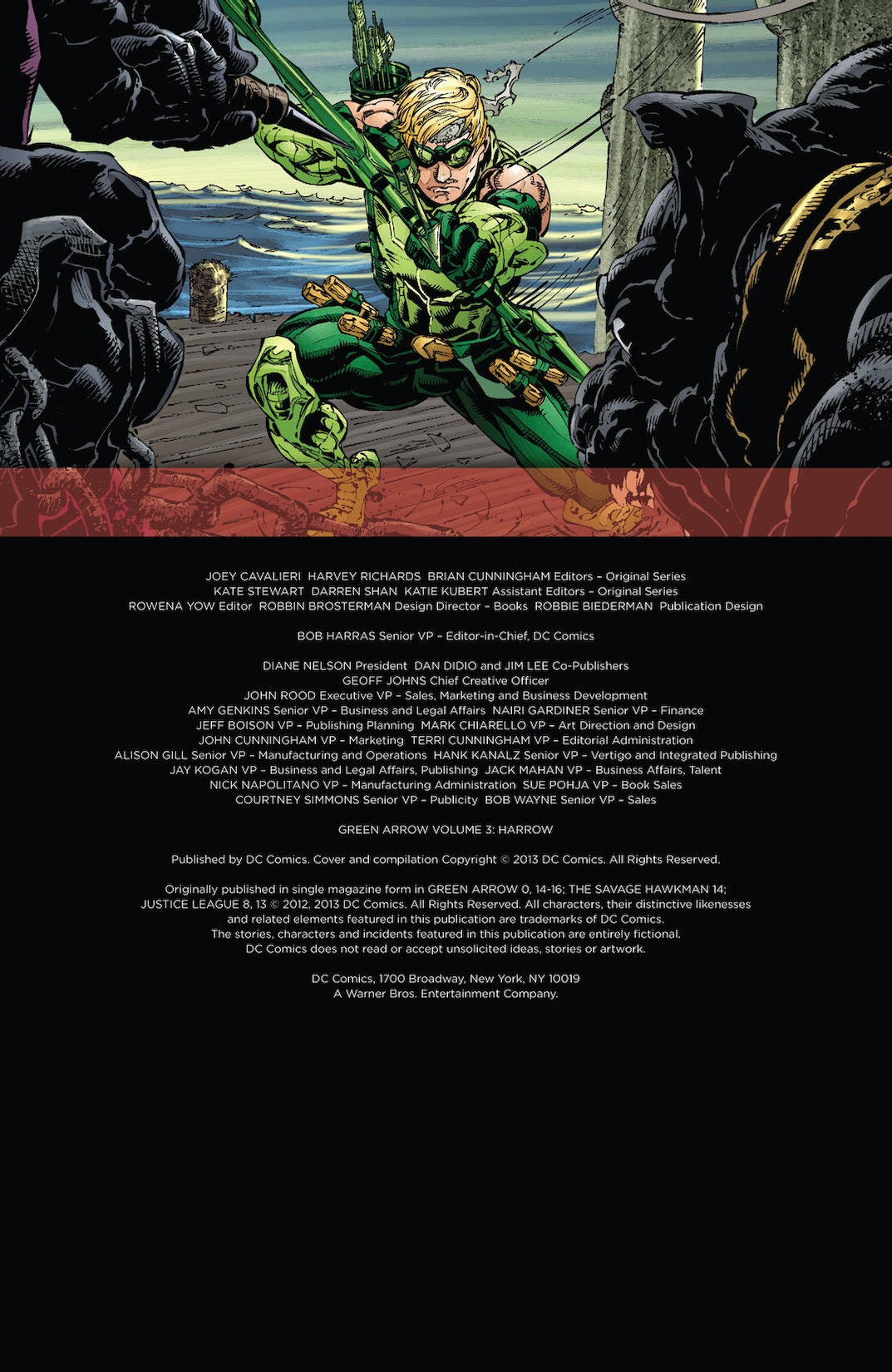 Green Arrow is losing everything: his fortune, his company Q-Corps and maybe most important, his valuable arsenal. Even as Oliver Queen's grip loosens and what's left of his personal, professional and superhero lives, the hits keep on coming. The villainous Harrow threatens the Seattle waterfront, running guns into the city and threatening lives. As Ollie flails into a downward spiral, can he still protect his town? Also included is the tie-in to HAWKMAN: WANTED. Green Arrow helps an uneasy ally in the Savage Hawkman, as he evades a chasing Thanagarian cops. But is Hawkman a framed hero? Or a villain? Collects GREEN ARROW #0, 14-16, THE SAVAGE HAWKMAN#14 and JUSTICE LEAGUE #7.